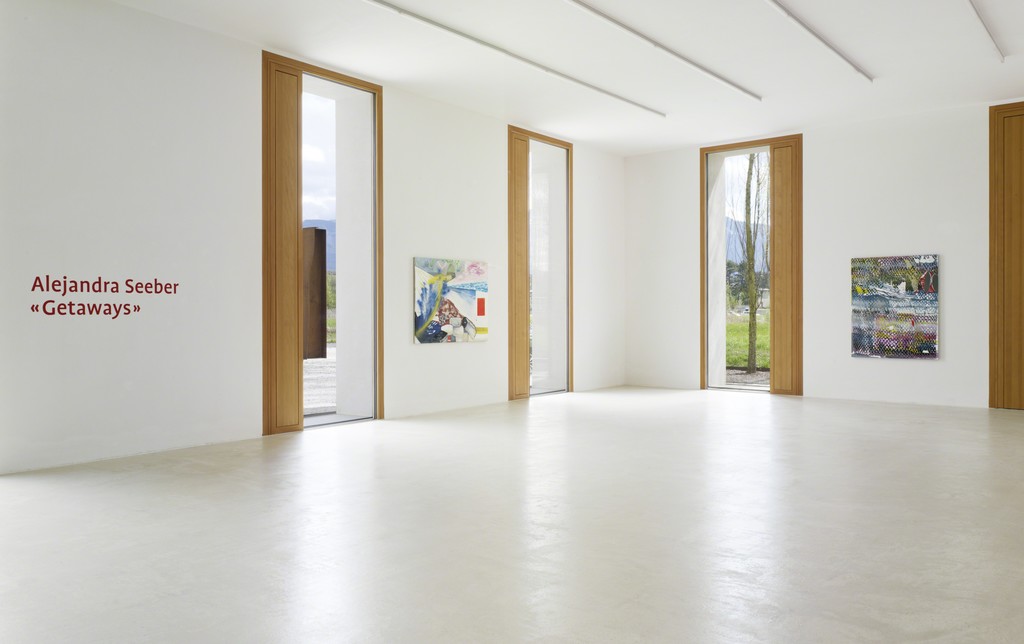 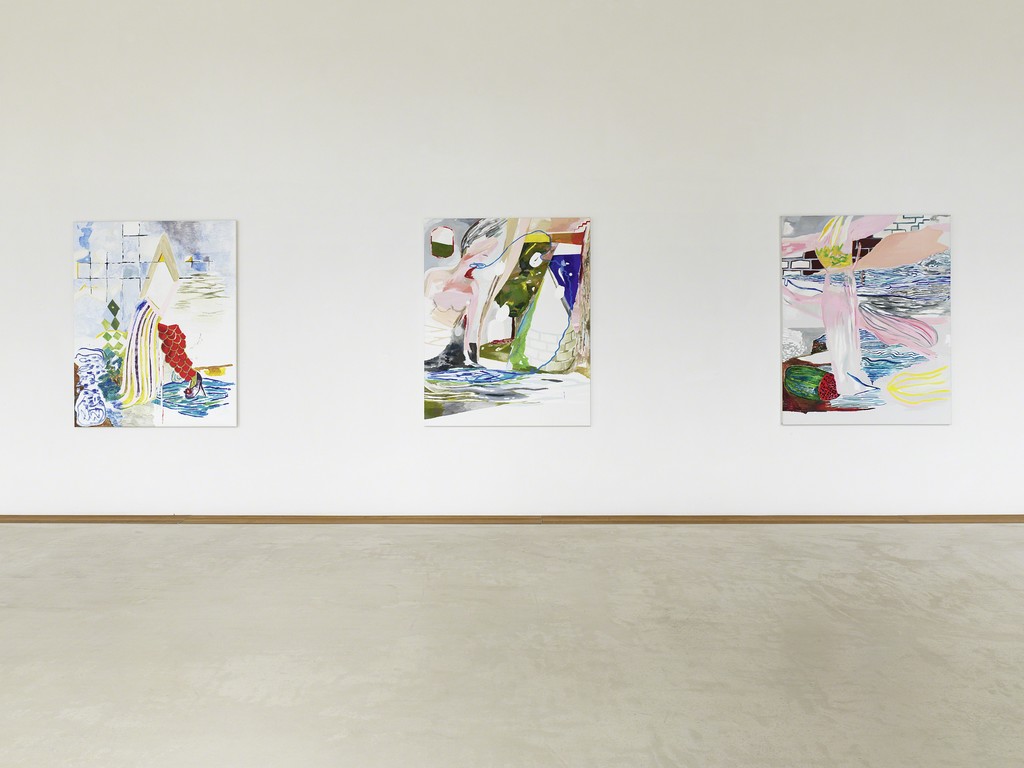 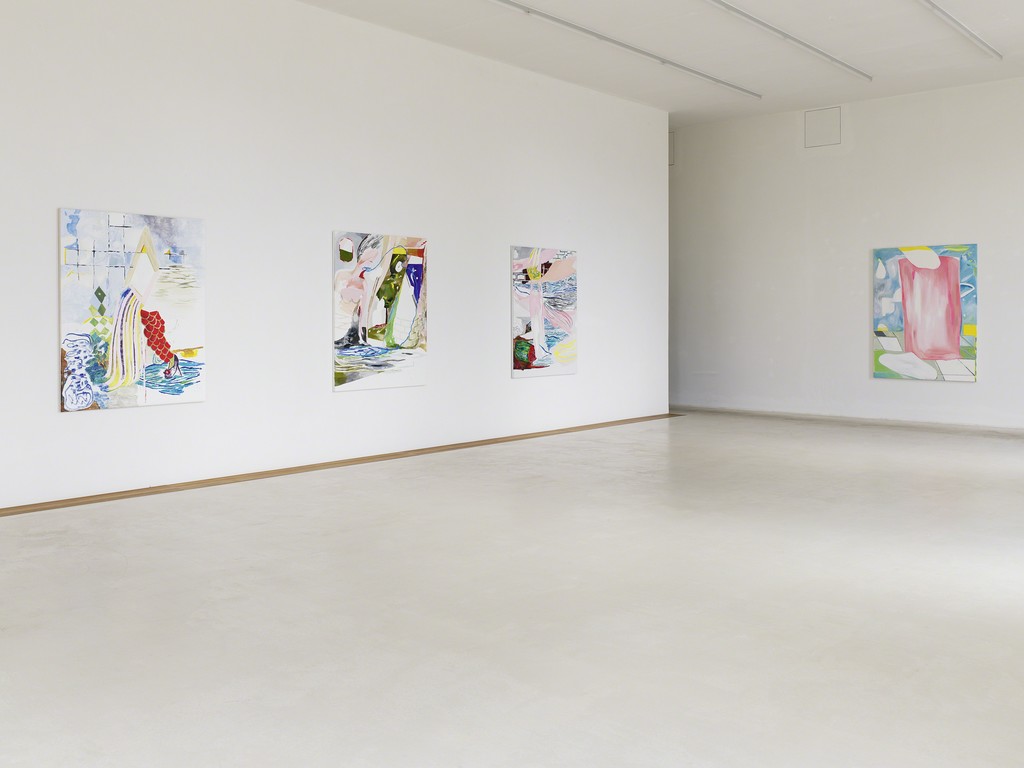 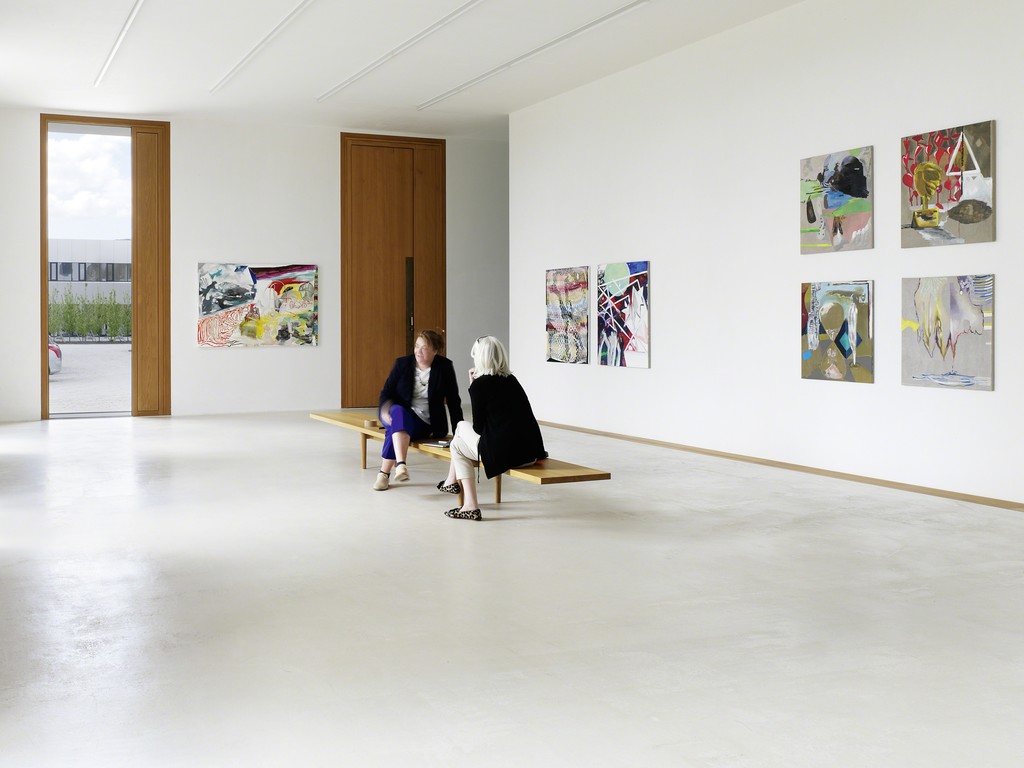 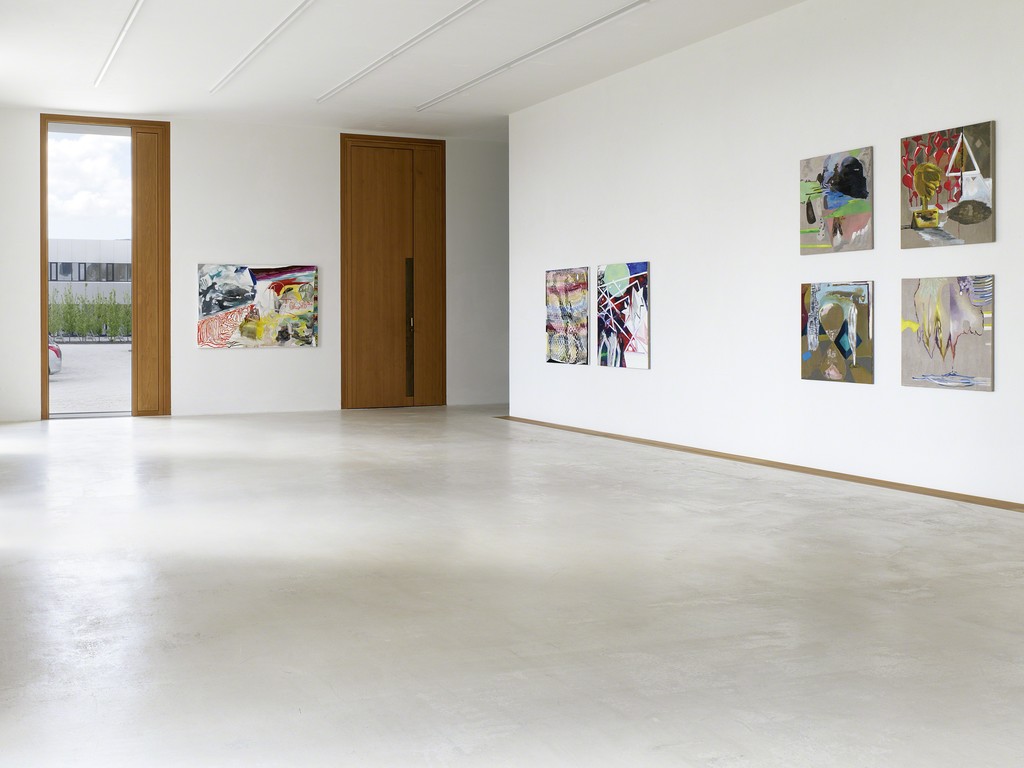 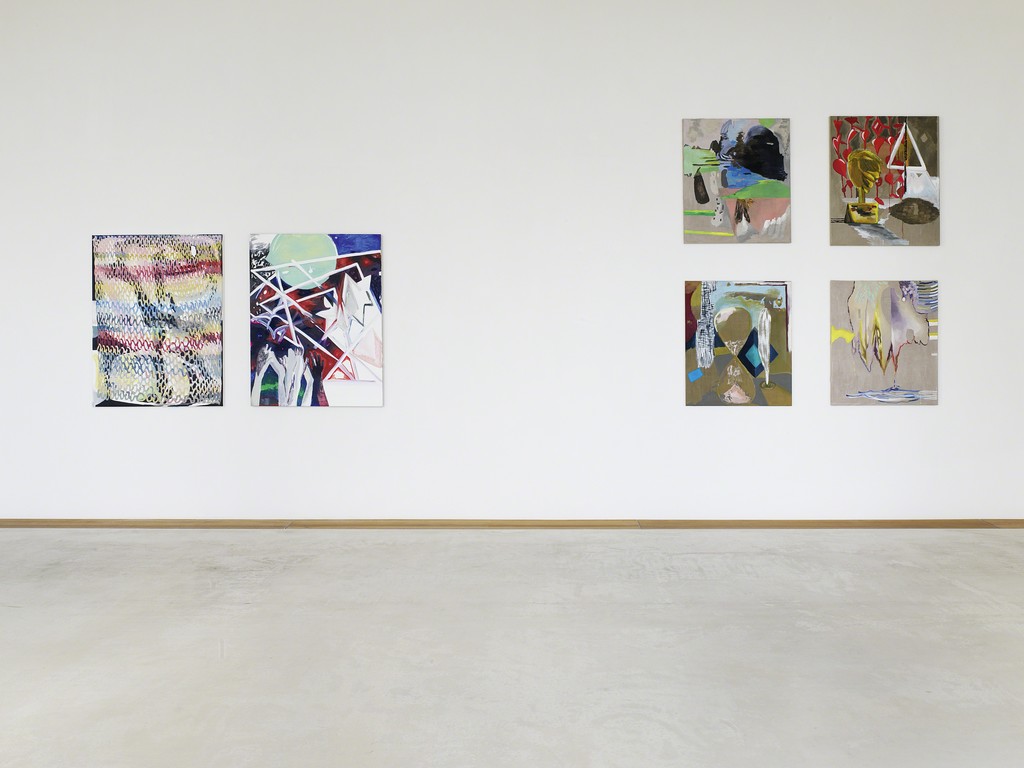 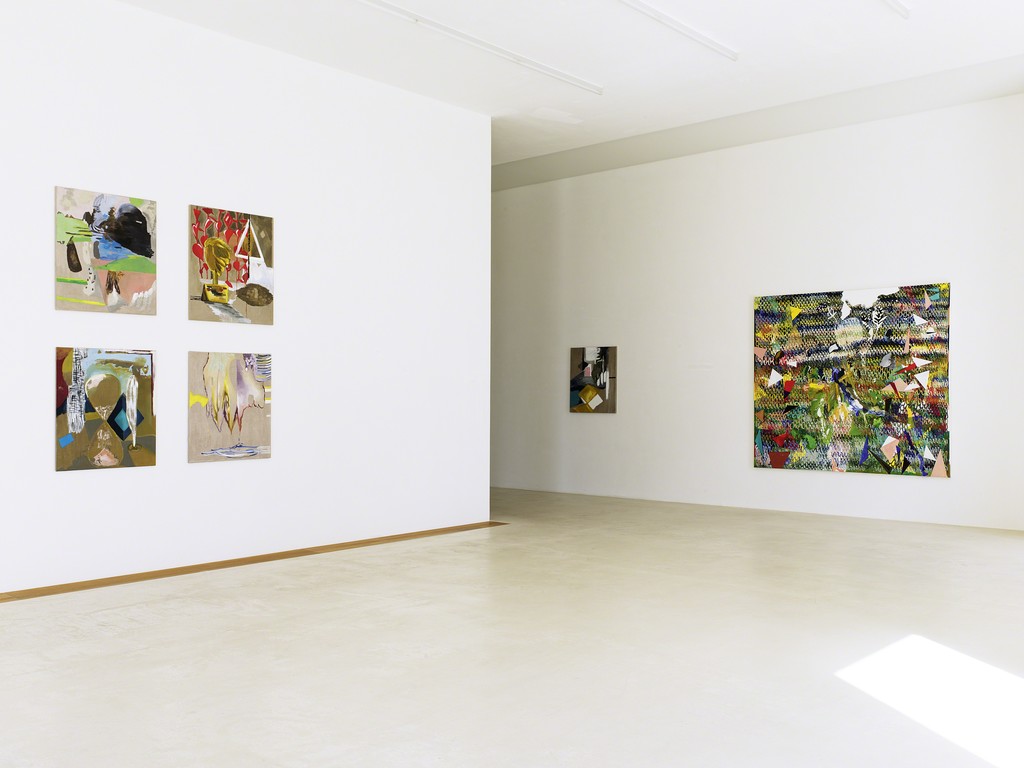 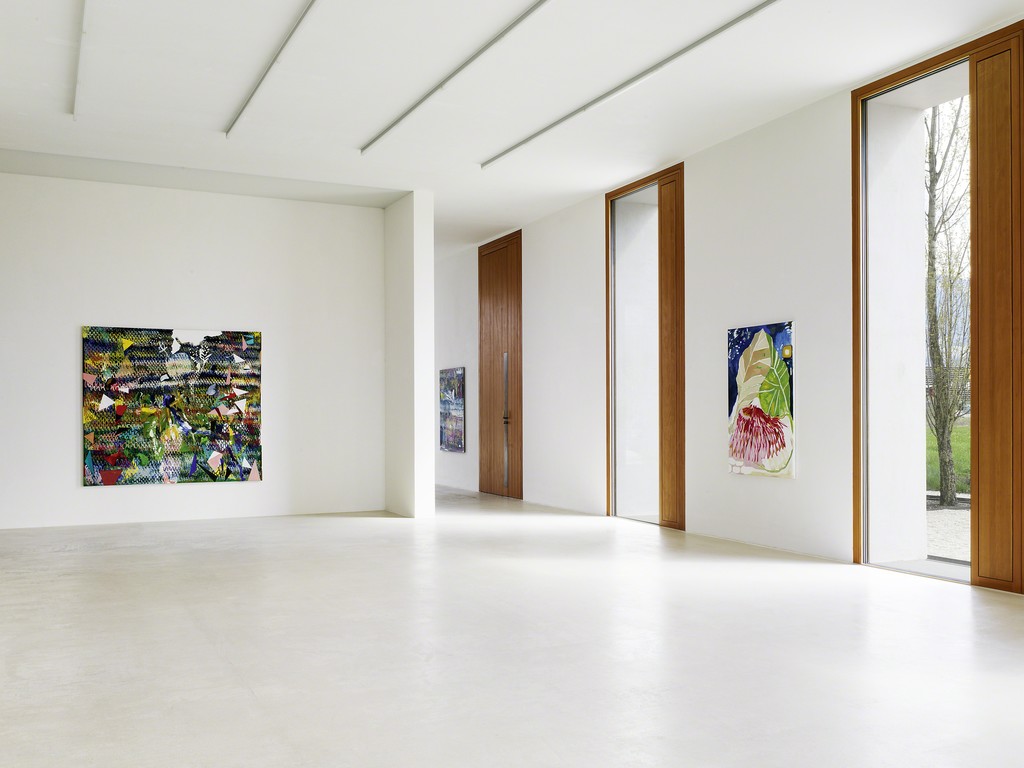 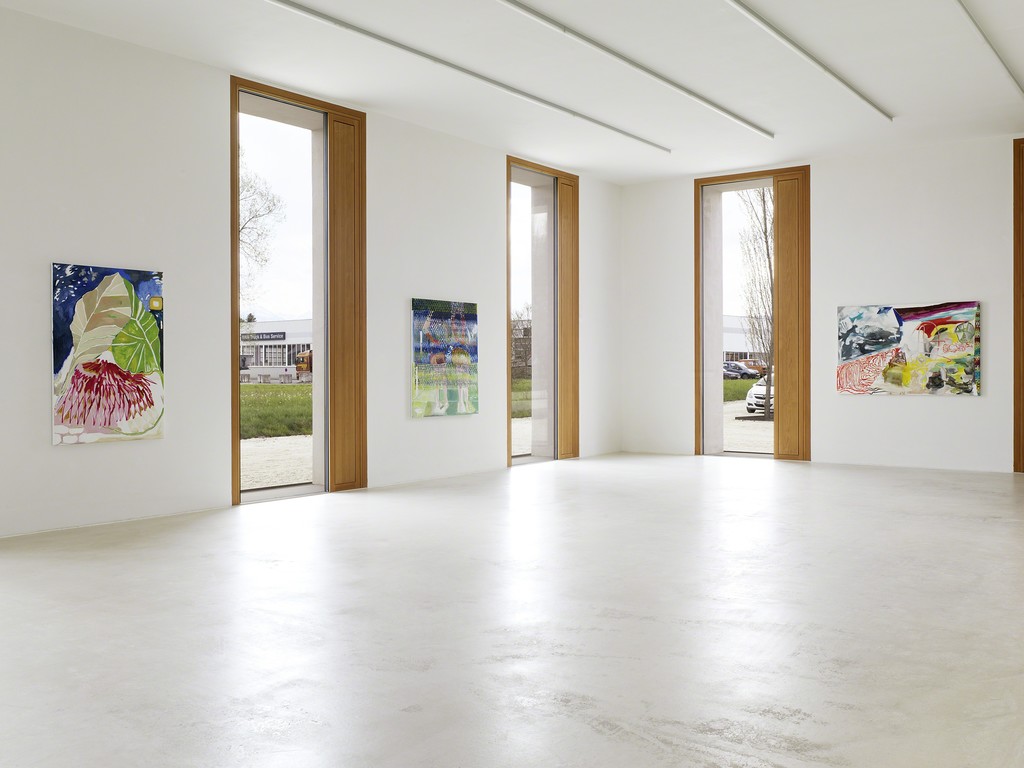 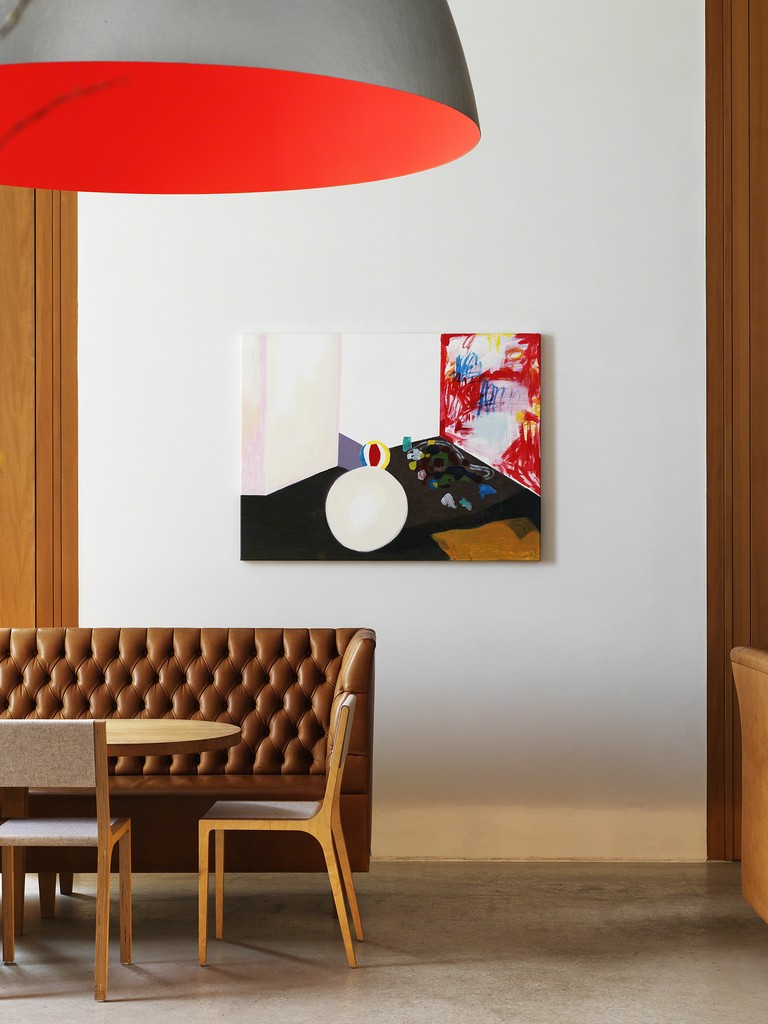 We are delighted to present at Haus 2226 in Lustenau Argentinian painter Alejandra Seeber whose works received wide recognition at the 2009 Biennial of Mercosul in Porto Alegre (BR) and at the Kunstmuseum St.Gallen’s important exhibition «Ambigu» in 2010. Selected works from the past four years and examples from a whole new series show how multilayered and refreshing Seeber approaches the traditional medium.
In her often large-scale works, Alejandra Seeber (*1968, Buenos Aires, BR, lives in New York, US) explores the diverse possibilities of painting in between figuration and abstraction. Her ambivalent pictorial language cannot be deciphered on a linear path, since in her colorful shining paintings, out of nonrepresentational elements, narrative references suddenly emerge. There are allusions to subjects that dissolve instantly into expressive chromaticity and painterly dynamics. These dichotomies and the encounter of different motives let her works become many-faceted and surprising.
Seeber entitles her exhibition in Lustenau «Getaways». This title refers to her correspondent work series from 2014/15 some examples of which are presented in Lustenau, but it also references a particularity of the artistic work in general: Seeber perceives the process of painting as a journey with undefined destination.
The works from the «Getaway» series and the related «Escape» paintings that are also on view in Lustenau are characterized by a comparatively calm way of painting and by earthy colored planes. A singular and large abstract form often dominates the composition of these pictures, and often this abstract element also adopts features of an object. In «Getaway 4» for example, the main figure reminds of a sculpture, maybe a bust, in »Escape 1« one might recognize an hourglass. For this series, Seeber imposed self-made conditions on her way of painting that she terms »elegant palette and no conflict«. The artist as well as the viewer can dive into contemplation when facing these paintings. As suggested by the title, they allow for an escape into a meditative and balanced color space.
In contrast, the works of the new series «Taxi», which Seeber has been working on for the past year, are dynamic, colorful and – as is often the case with Seeber – structured by different pictorial elements. In most of the works from this series a part-brick wall appears, giving support to the otherwise freely floating motifs: water, a hint of sea landscapes, fruits, naked bodies or pink colored, amorphous planes that are readable as a reminiscence of the skin. Also Seeber entangles in this series graphic and painterly games.
Thus, our show offers a representative overview of Seeber's work of the last four years and illustrates the characteristic power, diversity and innovation of her painterly approach.
Deborah Keller, Häusler Contemporary