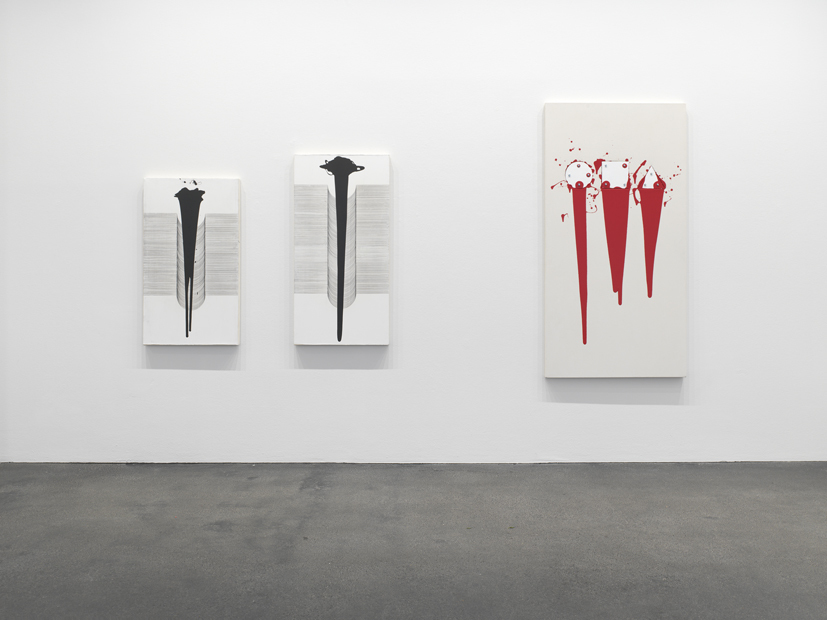 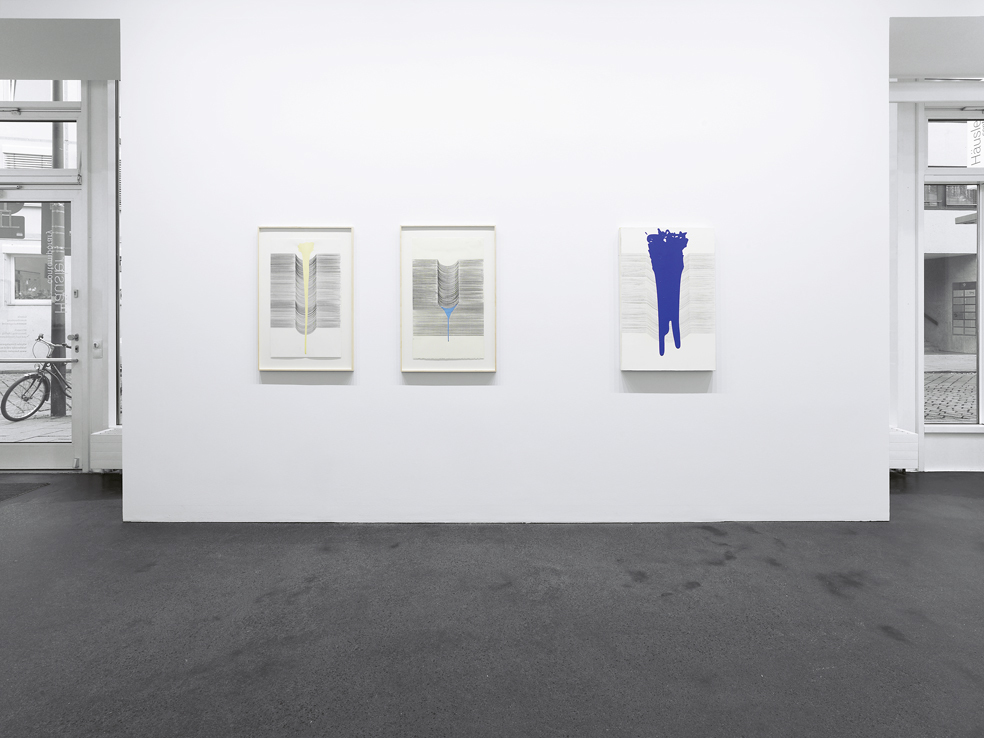 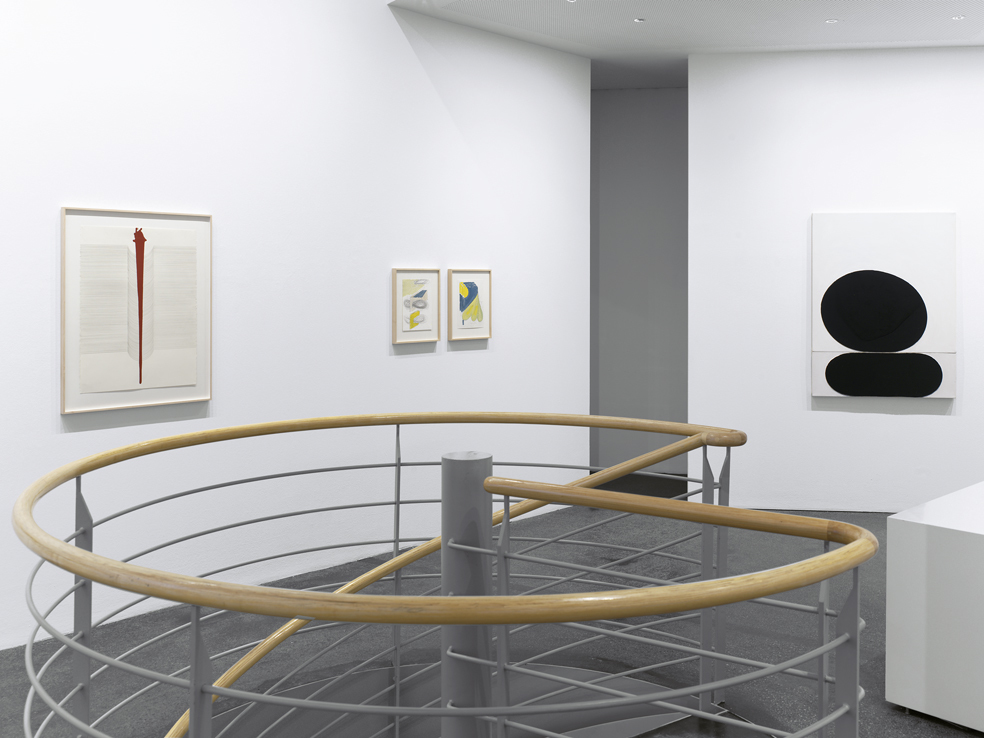 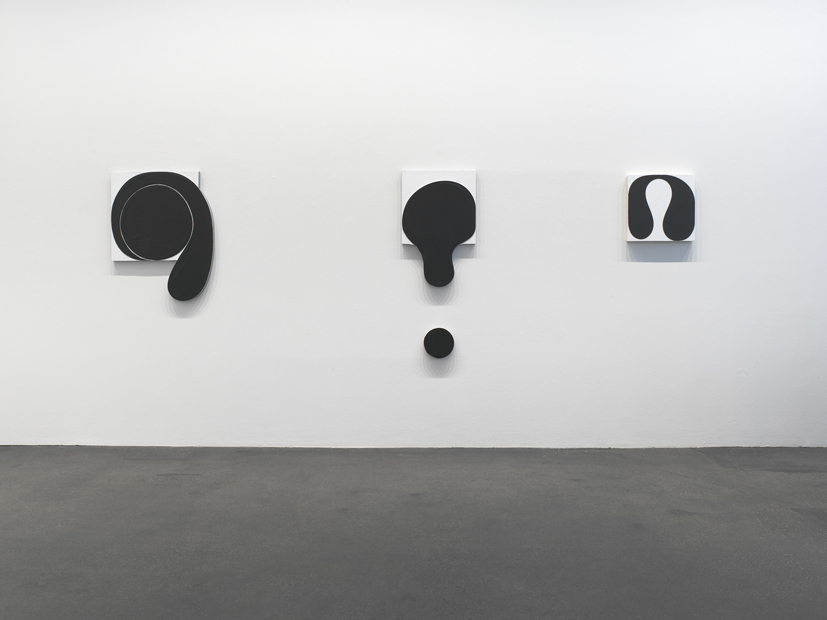 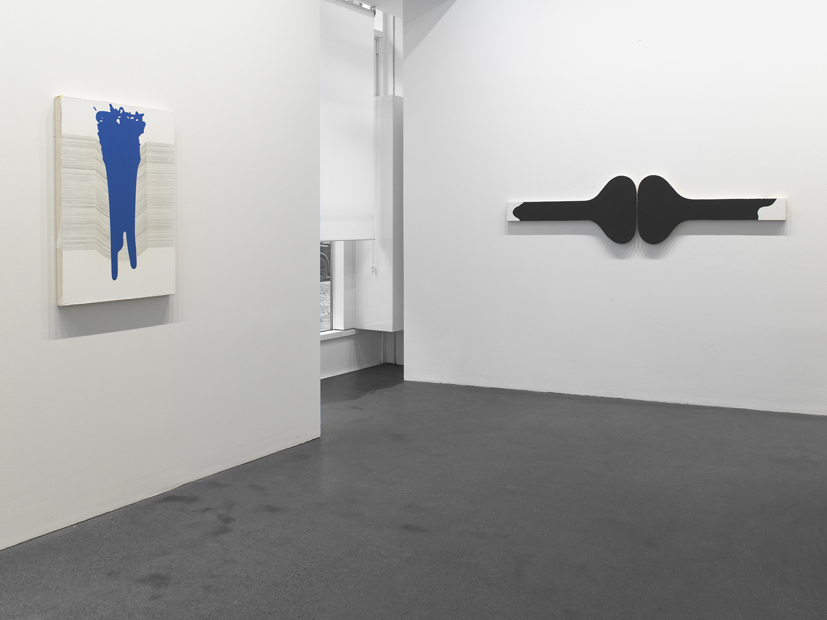 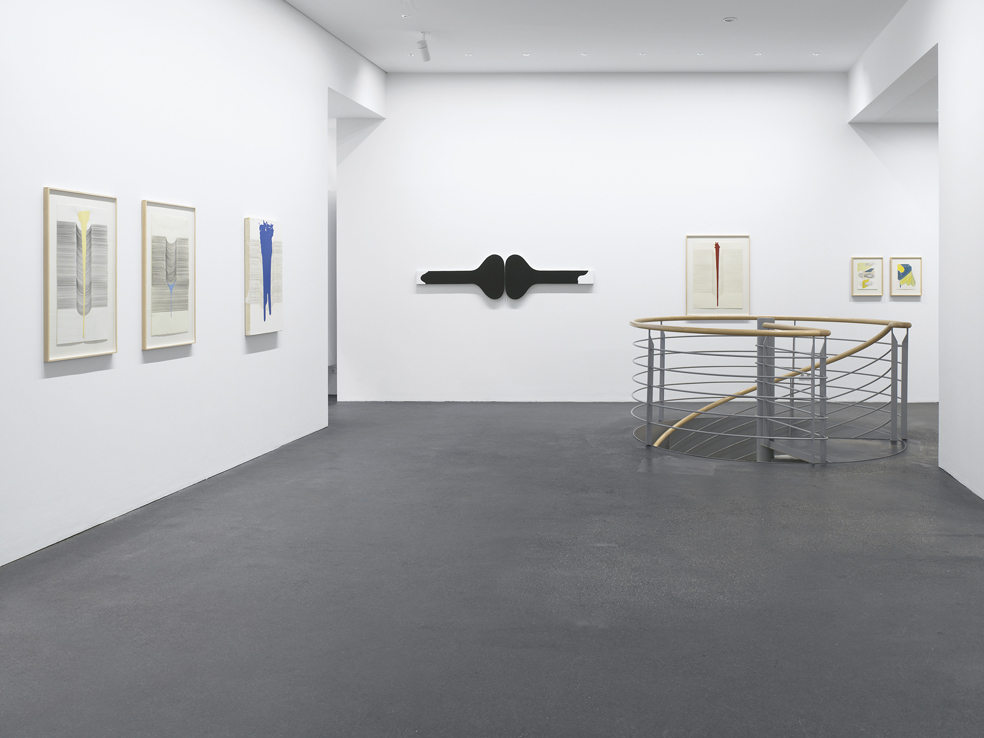 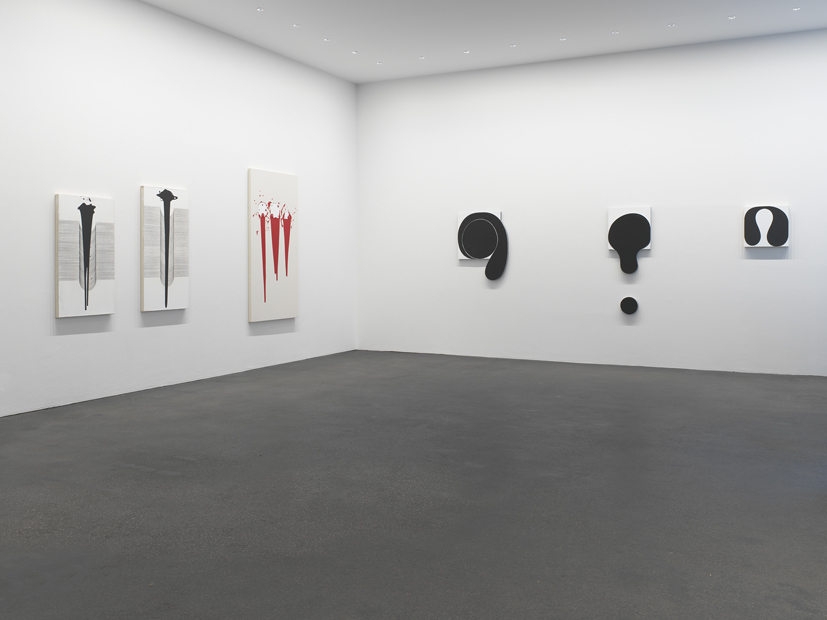 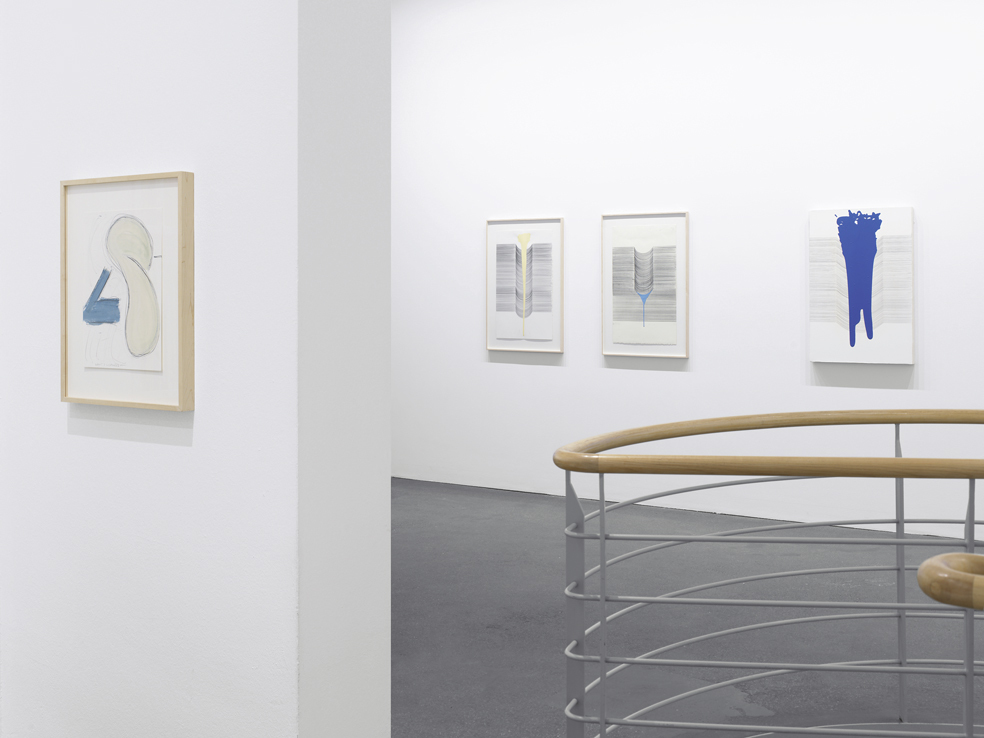 On the occasion of OPEN art 2018, Häusler Contemporary München is pleased to present new works by Gary Kuehn who has been one of the most important representatives of Post Minimalism and Process Art since the 1960s. In his most recent »Black Paintings« and in the »Niagara Series«, the artist develops further the relationship between strict geometry and free gesture reaching new, surprising pictorial solutions.

Gary Kuehn (*1939, New Jersey, lives in New York) is known today for his sculptural oeuvre, with which he contributed to the renewal of sculpture in the 1960s. Early on in his career he also worked in the medium of drawing and painting seeking for expression of his central theme: the tension between limitation and freedom of gesture and material. This motif is also reflected in Kuehn's recent examination of the two-dimensional pictorial space, which we are presenting for the first time in Europe.

With the so-called »Black Paintings«, of which our exhibition presents some recent examples, Kuehn found a powerful pictorial formulation in the 1970s which he has developed further in various phases of the work ever since. This sculptural approach to painting is based on acrylic paint being poured into circular forms, where the thick layer of paint forms a relief-like structure. The circles, in turn, are pressed together and deformed by fitting them into the canvas polygon – a visual metaphor for the pressure of external circumstances. In the latest »Black Paintings« however this relation seems to be reversed: the fluid, outward pushing paint leaves the rigid rectangular form of the canvas, dripping out of it, or puffing it up at certain points, so that the image shape adapts to the matter. The paintings are freed from inherent struggle and spurred by sensuality and the potential of change.

The second larger group of works on view in our exhibition, the »Niagara Painting« series, has been created since 2014 and is related to the »Black Paintings« with regard to technique. In this case however, the free-flowing paint is not being poured into sculptural circle shapes, but rather into an optical illusion: into a drawn »canal« made of closely lined graphite strokes. Kuehn again takes up the stencil technique which already served him as a stylistic device in early drawings. He creates a visual play with the perspective representation of the canal that seems to dig into the depth of the
Page 1|2
September | 2017
image, and the visualized gravity of the acrylic paint, which drips down from the top of the picture. In addition, even though the composition is based on abstraction, it still indwells an erotic aspect – as often in Kuehn’s work.

The main themes from these two series of paintings also occur in a set of works on paper on view in our show that the artist created during an intense creative period in the summer of 2017. They seem to open up a new, almost conciliatory dialogue between the authority of geometric form and the freedom of the gesture.

Our exhibition thus reveals important strands of Kuehn's entire oeuvre and at the same time provides insight into the artist’s most recent production, in which his major themes once again experience a new, surprising development.
Deborah Keller, Häusler Contemporary