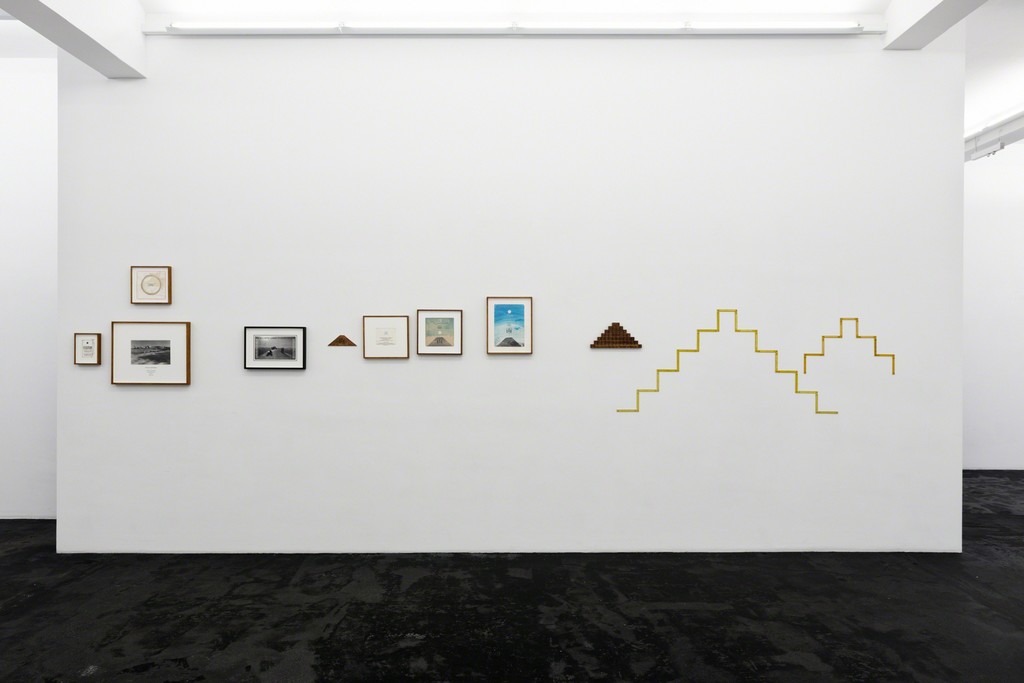 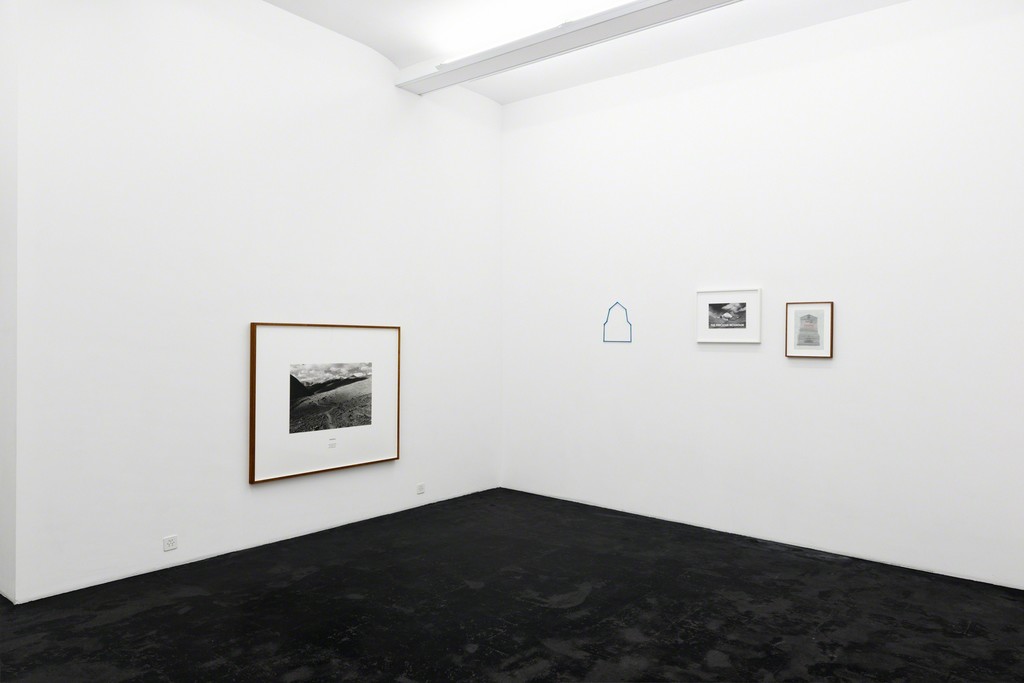 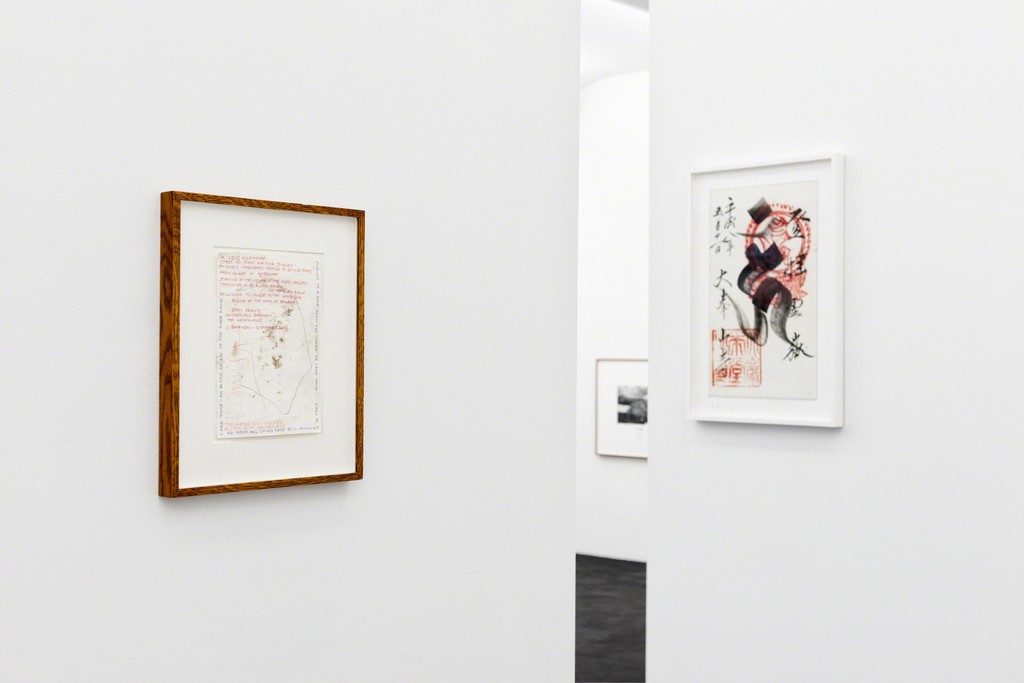 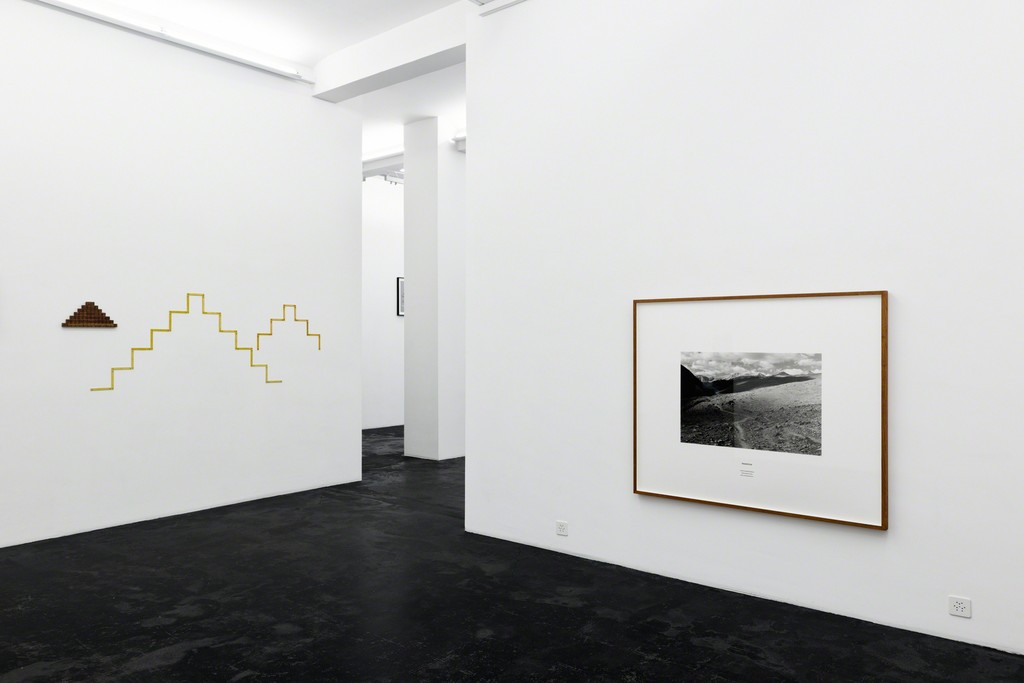 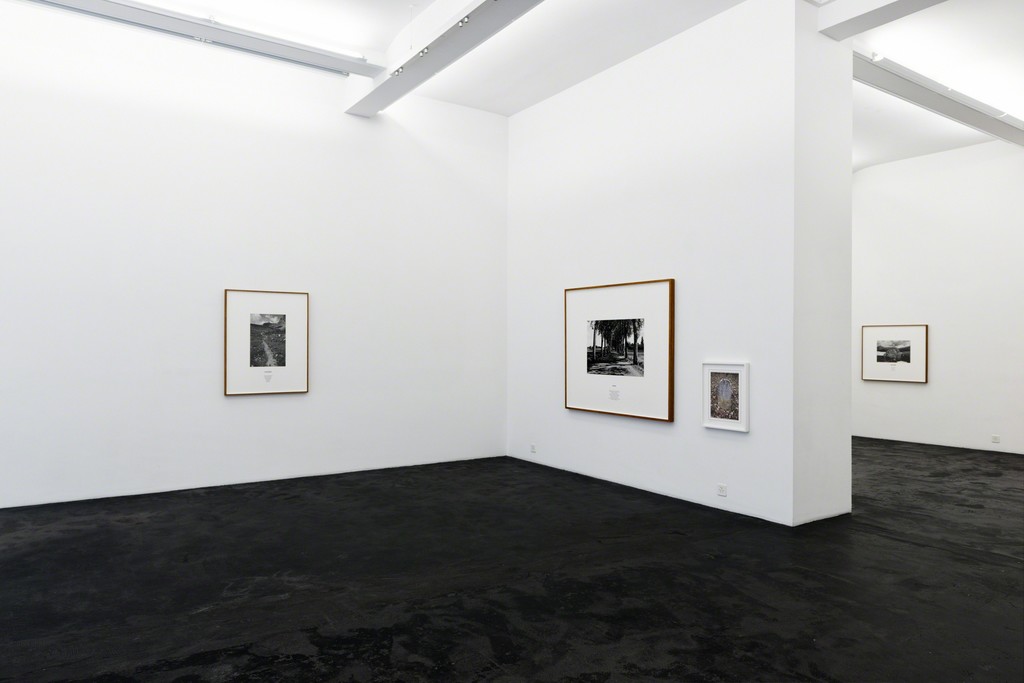 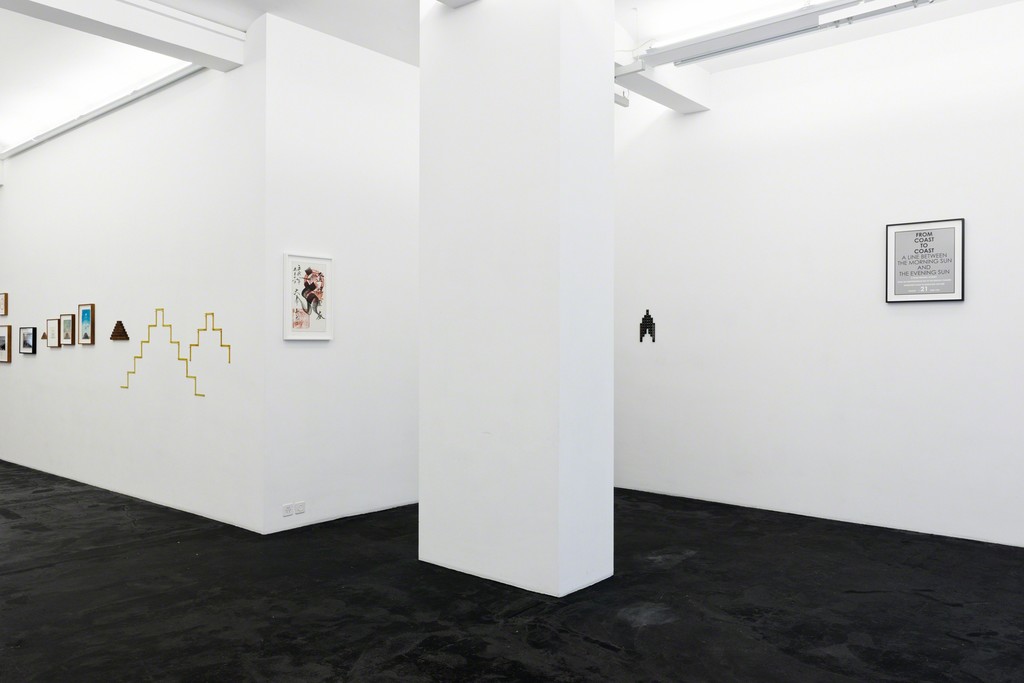 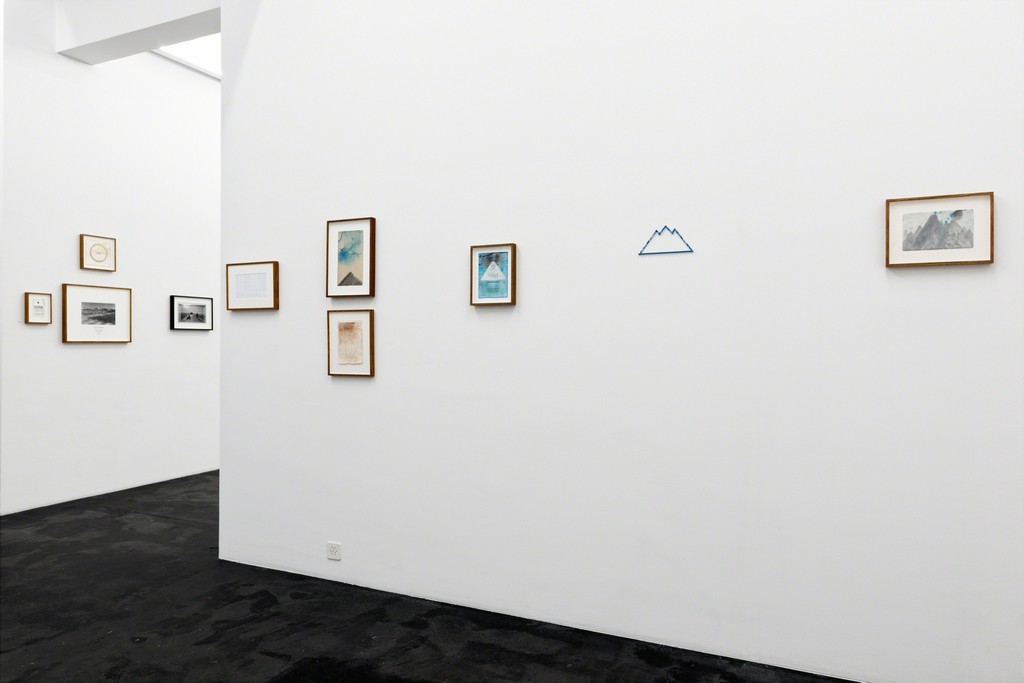 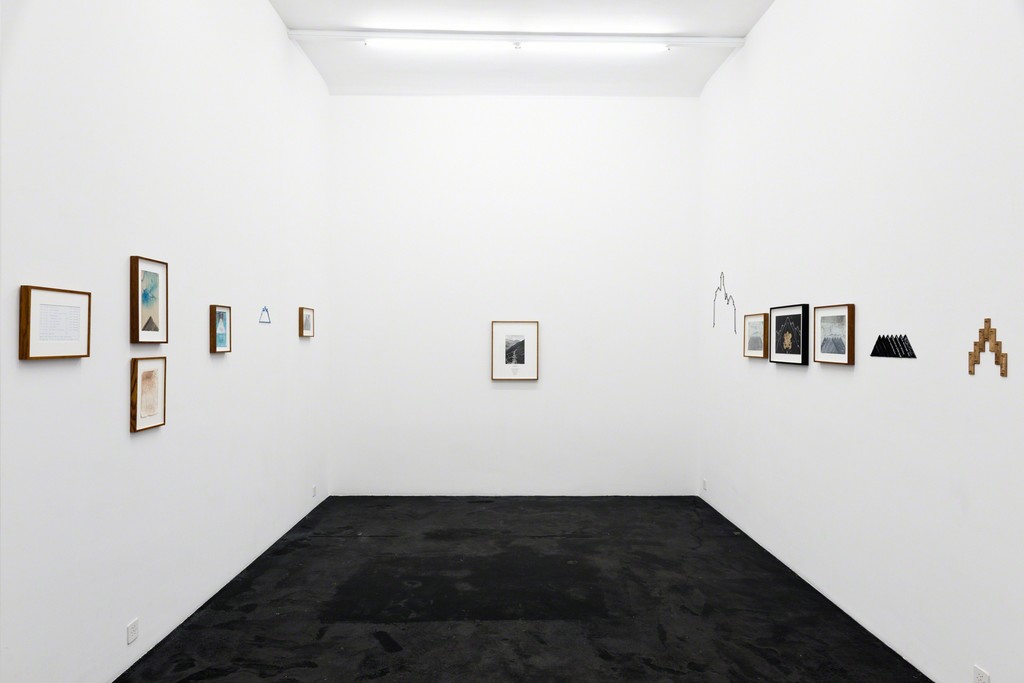 By titling his exhibition «Indoors Outside», British «Walking Artist» Hamish Fulton (*1946, London, lives in Canterbury, GB) points to a fundamental antagonism that defines life in our technological and consumerist society like never before. «Indoors» has become the normal everyday surroundings where we focus our attention on screens, on media and a never ending flow of information. We stay «outside» only on vacation or on Sundays – and in those cases mostly with an attitude of entitlement. Apart from that, «outside» has become a mere and unnoticed way station for many of us.
With untiring consistency, Hamish Fulton opposes this fact with his art that venerates «walking on the world» as an active and decelerating perception of nature. In numerous conceptually based walks since 1967 he has been spinning an invisible net of steps all around the globe. This net is precondition for the artworks that finally hang in the gallery space – «inside» again – and conjure the experience of nature in a most particular way. Our exhibition that the artist specifically conceived for Häusler Contemporary Zürich with works from different decades, enables visitors once again to meet with this fascinating and unique approach of Hamish Fulton.
In Fulton’s characteristic manner, the photographs, drawings, and sculptures on view do not echo personal experiences and great emotions. His works often operate with graphic elements and factually name places, timespans, height differences, sometimes even the number of steps that defined the «walk» in which they root. «A 21 day walking journey via the tops of seven small Engadin mountains Switzerland summer 2007», for example is written below a painted abstraction of a mountain chain. Another work consists of typography and reads «From coast to coast a line between the morning sun and the evening sun».
Exactly because Hamish Fulton does not try to put into words or images his personal emotions effected by nature, he enables viewers to revive their own memories. His sober notations above all recollect the inconceivability and the value of the experience of nature.
Besides our exhibition, Hamish Fulton now is permanently present in Switzerland with an installation completed in summer 2015. In close cooperation with Häusler Contemporary and Andreas Geser landscape architects, he drafted an artistic concept for Rosalia-Wenger-square, located near Bern in WankdorfCity’s the newly designed train station area. Fulton’s floor work takes the ancient shape of the spiral and invokes eleven of his walks made on Switzerland. Amidst the everyday rush he thus creates a space for the search of traces, for dwell and contemplation.