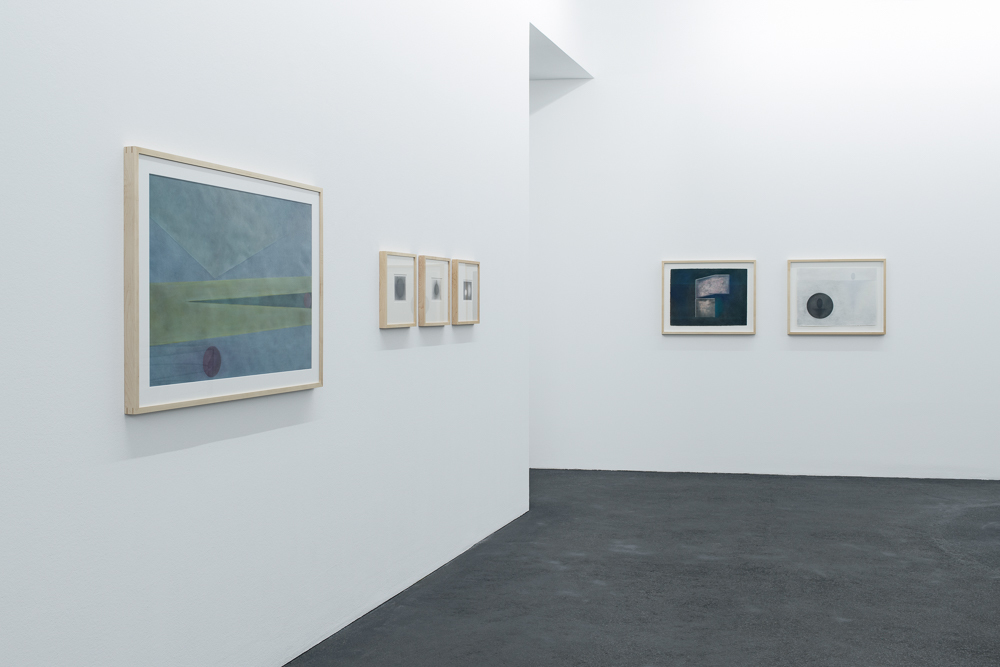 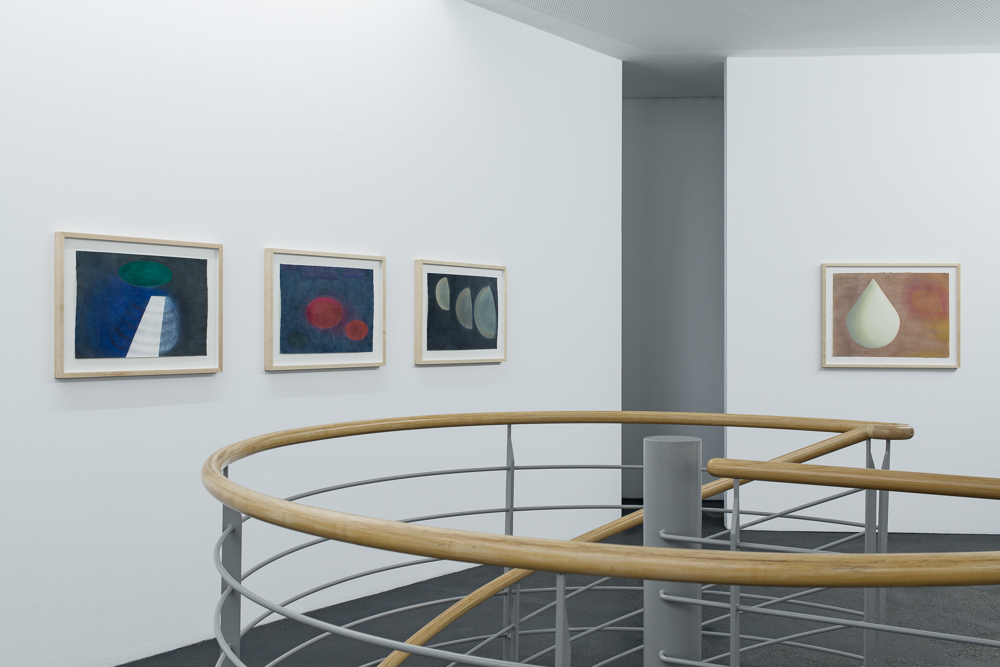 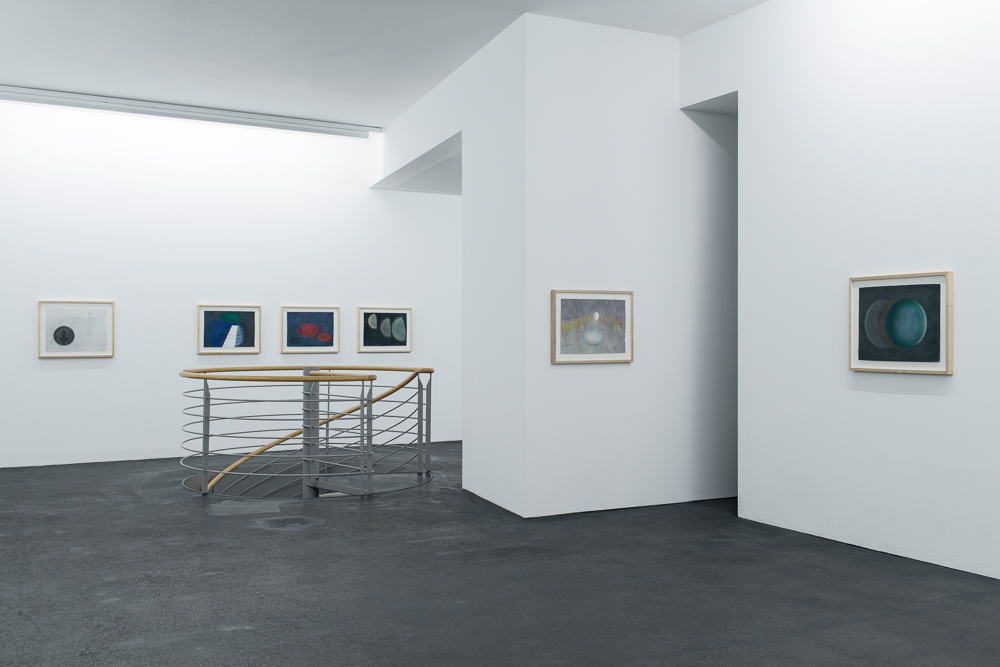 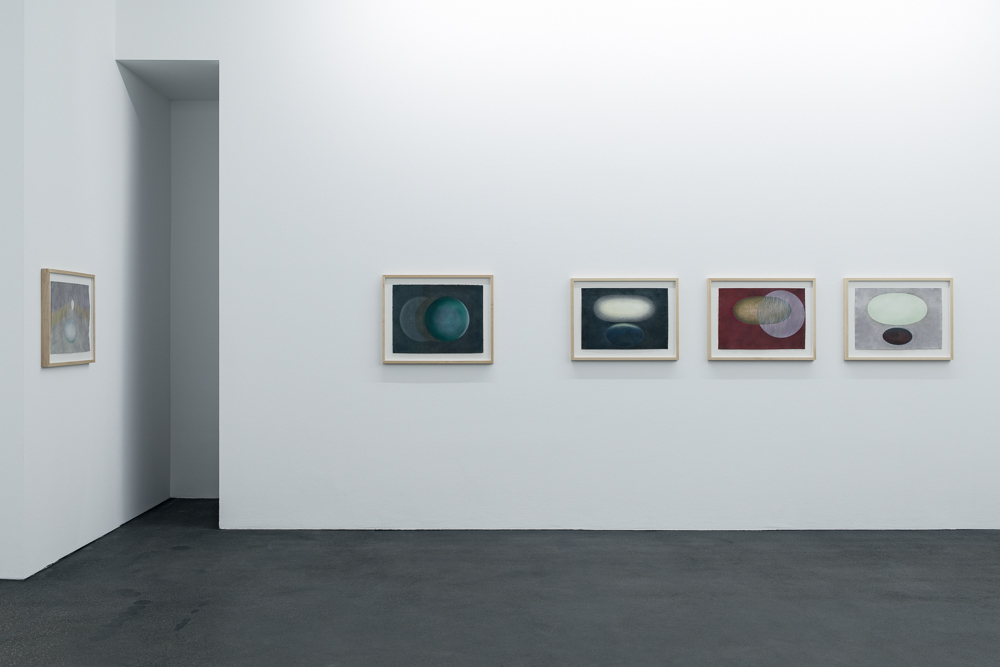 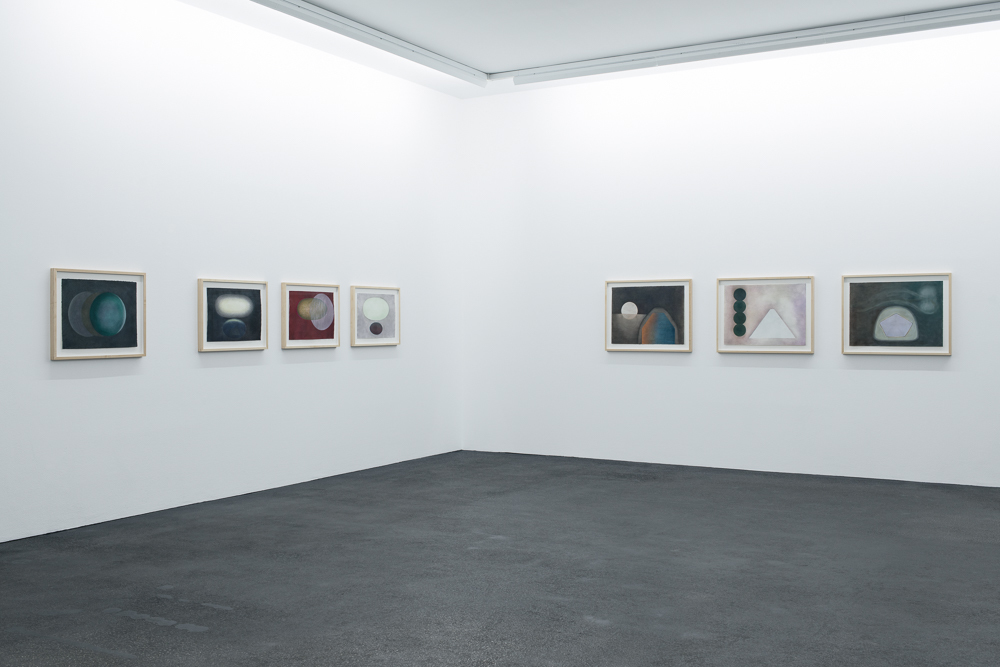 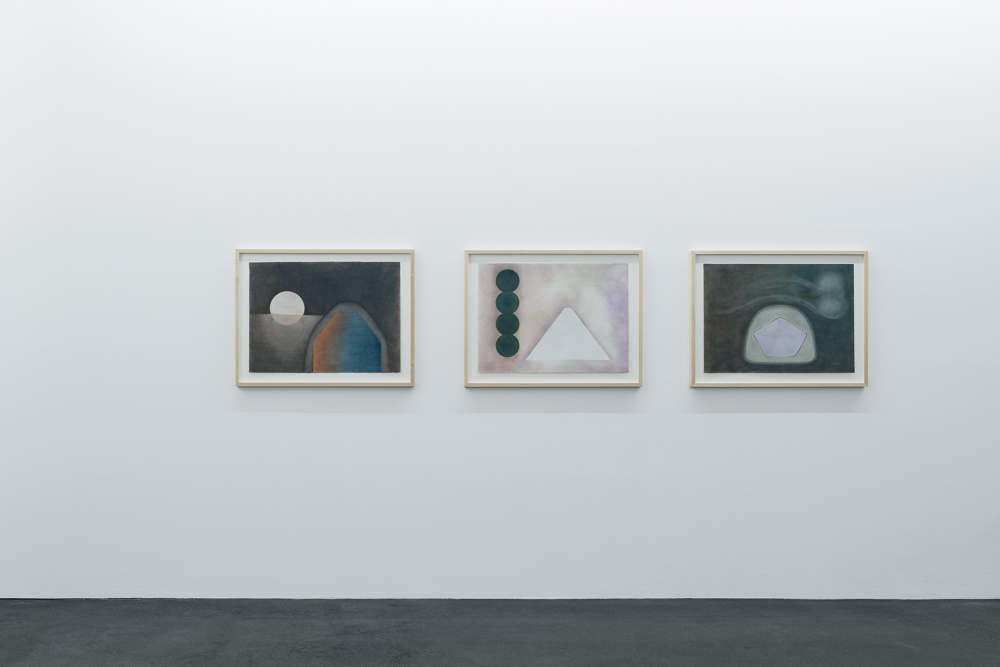 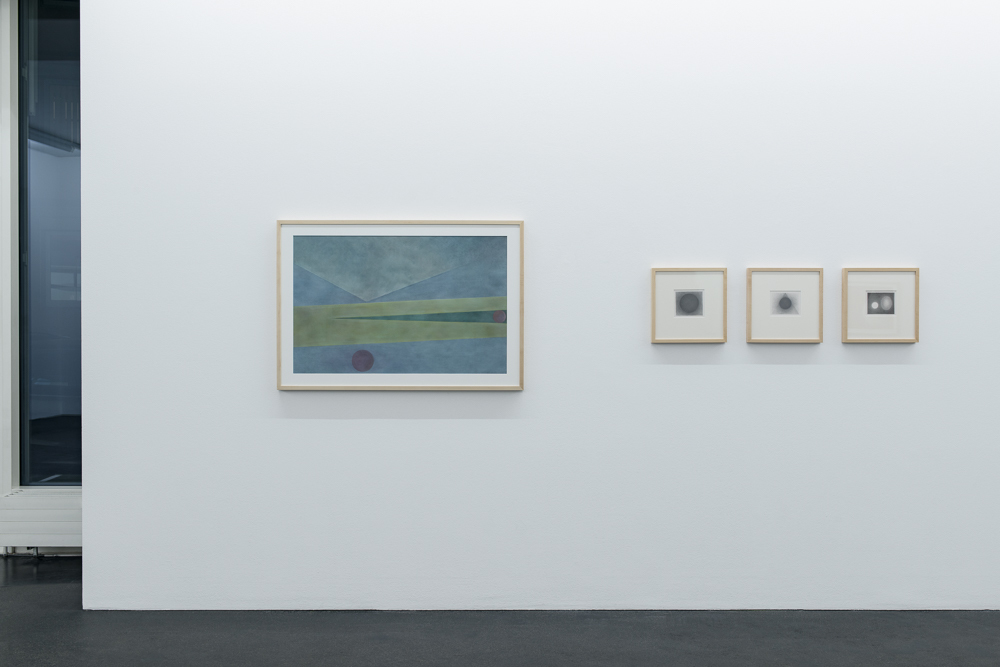 »I like to imagine the geometric forms as being alive, breathing and seeing. They can reveal a beginning, middle and end of cycles.« Kyung-Lim Lee

With »Echo of Geometry«, Häusler Contemporary Munich proudly introduces Korean-born artist Kyung-Lim Lee to its program. We are delighted that this presentation of recent works by Lee provides the European public for the first time with insight into her geometrical abstract drawings of mythical radiance.
Circles, ellipses and also some cornered shapes float over the picture plane in the drawings by this Korean-American artist Kyung- Lim Lee (*1957, Seoul, Korea, lives in Maryland, US). Often they are lit by an indeterminate source of light and appear as volumes, shells or shadows. The overall compositions are sometimes reminiscent of astronomical phenomena, sometimes of landscapes, and yet they always seem to hint at something different, something absolute. Devoid of any representation, they seem to hover in a perpetual state of growth and decay.
This first description of Kyung-Lim Lee’s works makes clear that she fuses the overall predominant geometric abstraction with a sensual and even mystical radiance. By choosing the title »Echo of Geometry« for her first solo exhibition in Europe that also marks her first appearance at Häusler Contemporary’s, Lee thus points to a major aspect of her work: it »resonates« with geometry, but the latter fades away and leaves space for imaginary and »emotional« visions that the viewer may produce when looking at the masterful color nuances of Lee’s drawings.
As a matter of fact, Kyung-Lim’s works are rooted in meditations on a selection of ten Chinese characters. Having emigrated with her family to the US at the young age of fifteen, the affinity with Korean culture persisted as well as her fascination with Korean language. Her particular interest is focused on the evolution of characters over time and on the comparison of Chinese pictograms and their Korean translations standing for several and sometimes contradictory meanings. After initial exercises with sculpture, Kyung-Lim soon discovered drawing as her medium in which to express this fascination artistically.
Based on this examination of pictograms and meanings of words and in the course of a multi-stage thinking process, the artist developed her very own »sign language«. It is defined by clear and pure forms that she draws with soft contours and tints with seemingly ethereal color gradients. Her careful and precise hand becomes visible in countless marks of pencil, charcoal, sometimes acrylic and – predominant in our exhibition – pastel. The pictures she thus creates visualize geometry as something primal and vivid, something transcendental. Such understanding of geometric abstraction puts Kyung-Lim Lee in close relation to famous names of classic modern art, such as Kasimir Malevich, Piet Mondrian, Wassily Kandinsky or Robert Delaunay.