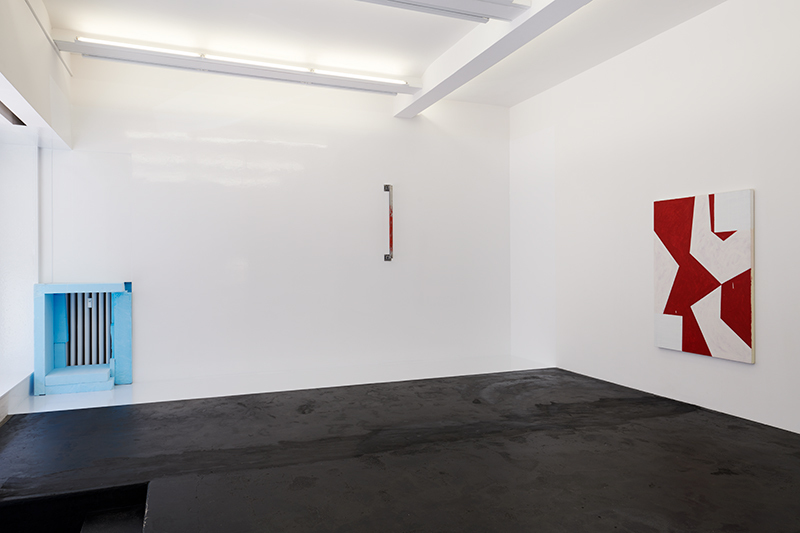 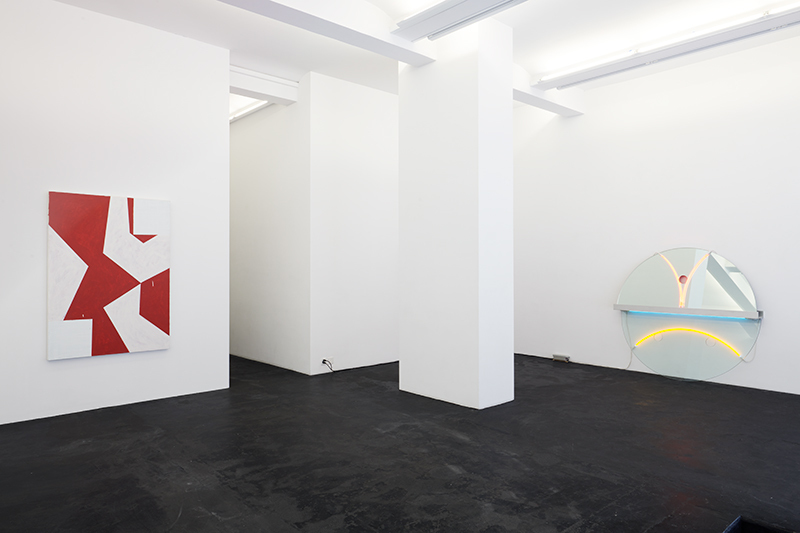 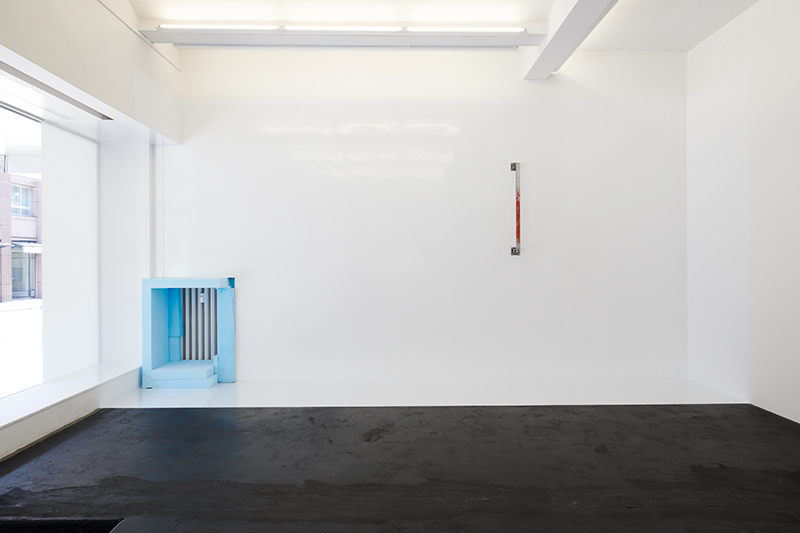 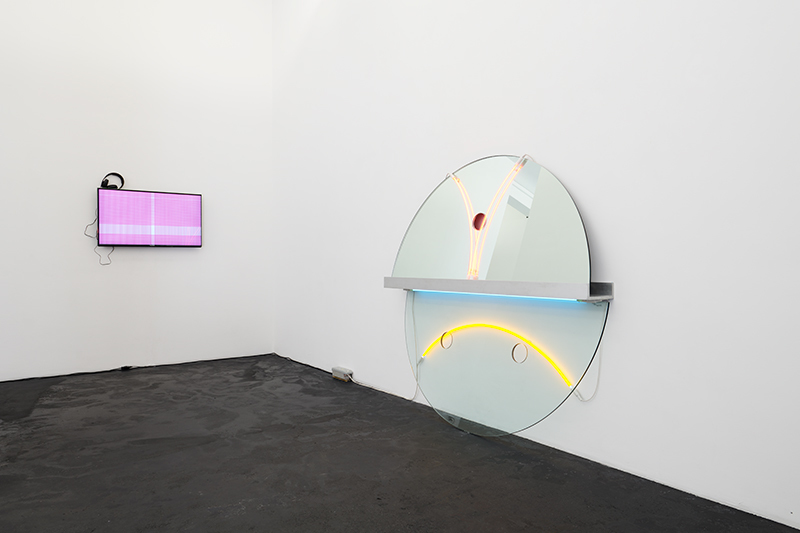 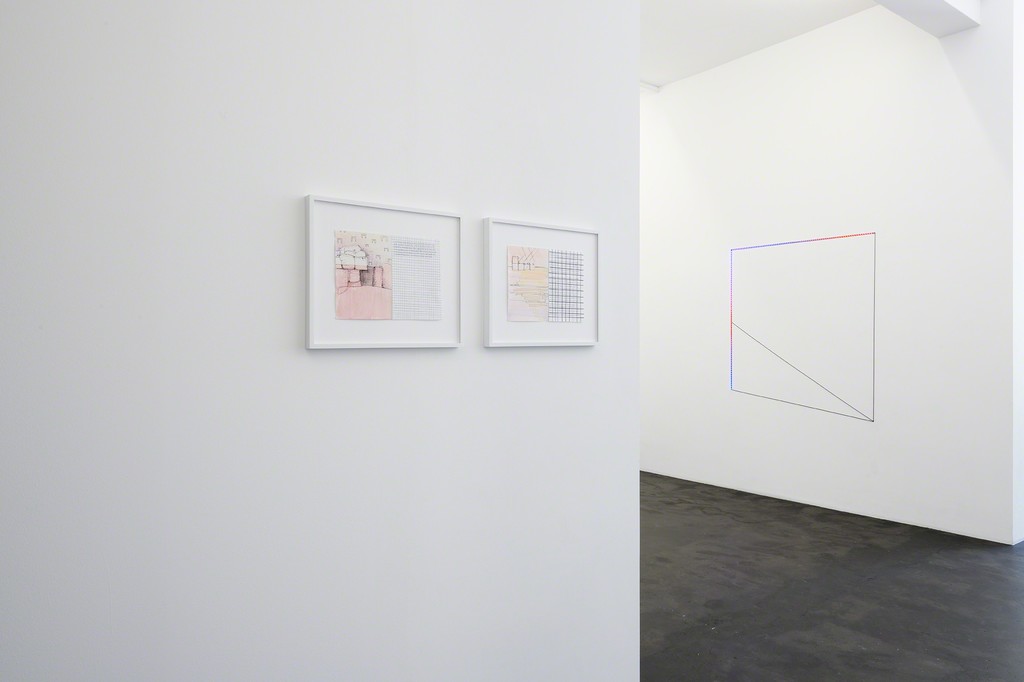 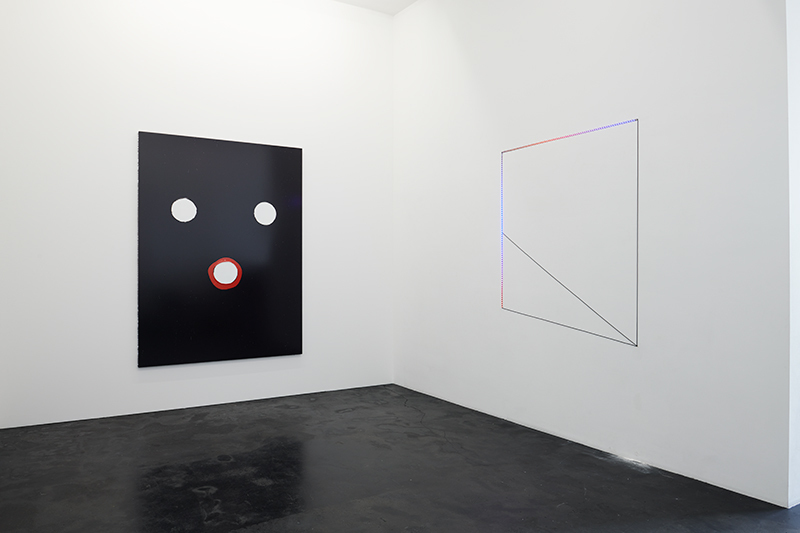 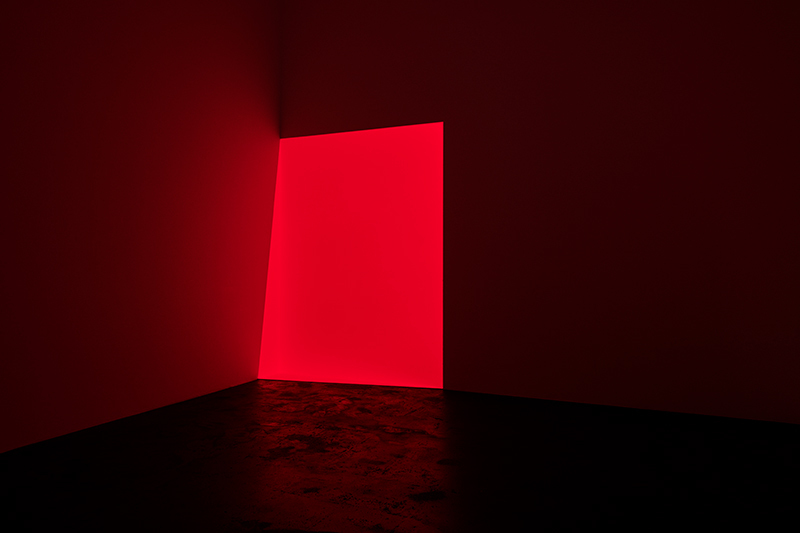 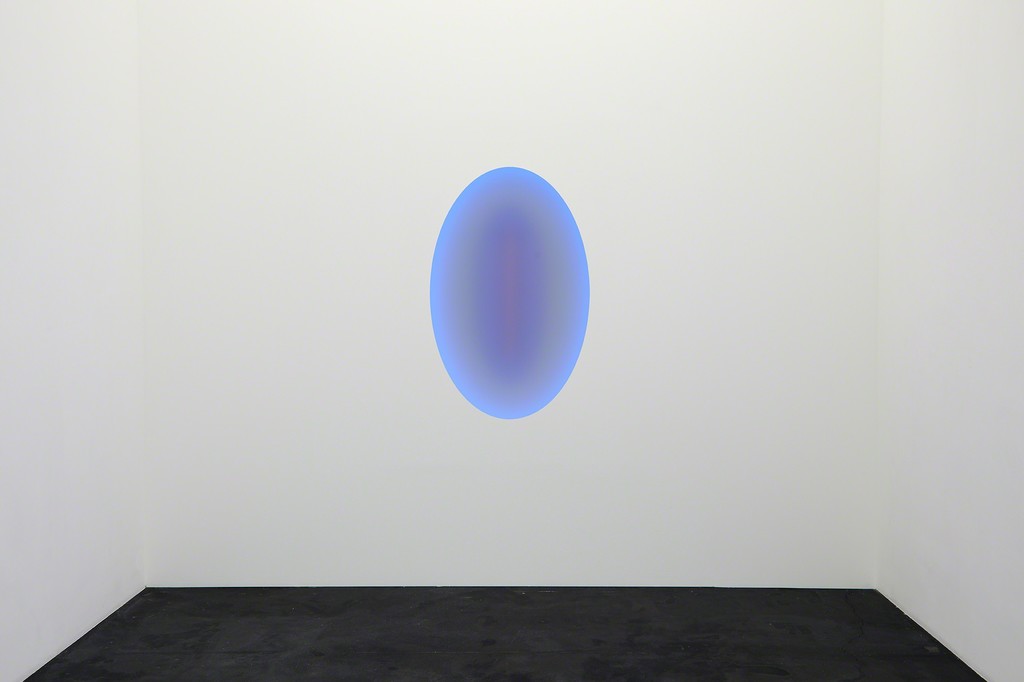 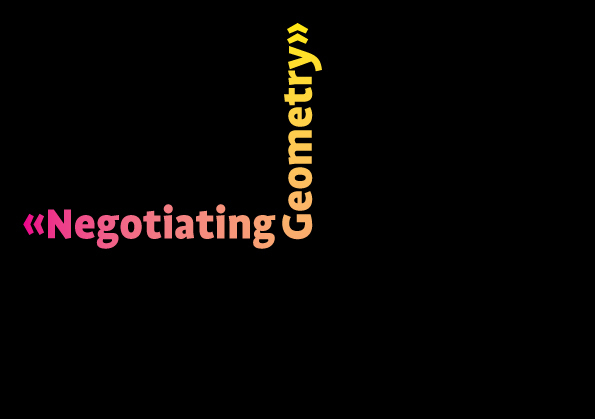 PRESS RELEASE
«Negotiating Geometry»
Reto Boller | Mary Heilmann | Cindy Hinant | Haroon Mirza | Keith Sonnier
Cabinet Presentation: James Turrell «Sloan Red», 1968
Opening: Wednesday, May 30, 2018 | 6 – 8 pm
Exhibition: until July 21, 2018
We are delighted to announce a group exhibition focusing on art’s handling of geometrical form elements since post minimalism. Works by selected guest artists and gallery-own positions illustrate the engagement with geometry as an artistic source of inspiration – be it by adopting, trying to overcome or reinterpreting its formal language.
Our gallery’s focus being post-minimalist tendencies and its heritage, we keep on encountering artworks in which the softening of rigid, geometric norms plays a role. This important point of friction in recent art history shall now be considered in a group exhibition of gallery artists and guests entitled »Negotiating Geometry«.
Mary Heilmann and Keith Sonnier developed their work in New York in the 1960s and 1970s, when many artists were aiming to overcome the strict laws of minimalism. Heilmann ( 1940, San Francisco, US, lives in New York, US) succeeded in doing so by adopting gestural verve and rich color, elements that are typical of her painting until today. The geometric basis of her works – as «Red Cracky» exemplifies in our exhibition – is thus playfully softened. Sonnier ( 1941, Mamou, US, lives in New York, US) started to work with neon tubes – a material developed by Minimalism as a new artistic means and used in strictly linear form. He combined it with sensuous materials such as cloth or foam and integrated reflective surfaces to liven up the works interactively. In our exhibition, this aspect can be experienced with «Circle Dyad A», a piece that also illustrates how Sonnier was never shy of approaching figuration with reference to geometry.
For the generations that followed post minimalism, which include Reto Boller, Haroon Mirza and Cindy Hinant, the rebellion against the dictates of minimalism is now an echo of art history. More insouciant, yet very conscious, they make selective use of the geometric language of forms and load it up with new content. In her conceptual work, Cindy Hinant {1984, Indianapolis, US, lives in New York, US), the youngest participant of our exhibition, uses grid structures and monochrome planes in combination with appropriated image and audio from the media scene in order to examine the mechanisms of celebrity culture. In our exhibition, we show one of her recent video works. The Pakistani-British artist Haroon Mirza ( 1977, London, UK, lives in London) sometimes uses geometrically abstract elements just as he uses old pieces of furniture or solar panels to create atmospheric installations. He is known for the complex interplay of light and electricity, which he connects to these elements in order to orchestrate sensory multi-layered experiences. In the context of our group show, he presents «Light Work XVVI» – a filigree, 'technoid' wall drawing. Reto Boller (*1966, Zurich, CH, lives in Zurich) is known for his cross-genre practice, with which he drafts new ways of understanding painting and sculpture. In often contrasting colors and with materials such as glue, adhesive film or iron chains, he combines abstract, geometric and representational elements into units that remain excitingly undefined and yet draw near seemingly self-evident figurativeness. In addition to a work from the series «Strömungen», a new, site-specific installation by Boller will be on display in our exhibition.
The selection of works from our exhibition thus points to the creative potential that lies in the «negotiation» of geometrical norms. Parallel to this thematic group show, we also present in a separate cabinet the historical projection work «Sloan Red», 1968, by James Turrell, in which a geometric form manifests itself as a three-dimensional volume of light. (Deborah Keller, Häusler Contemporary)