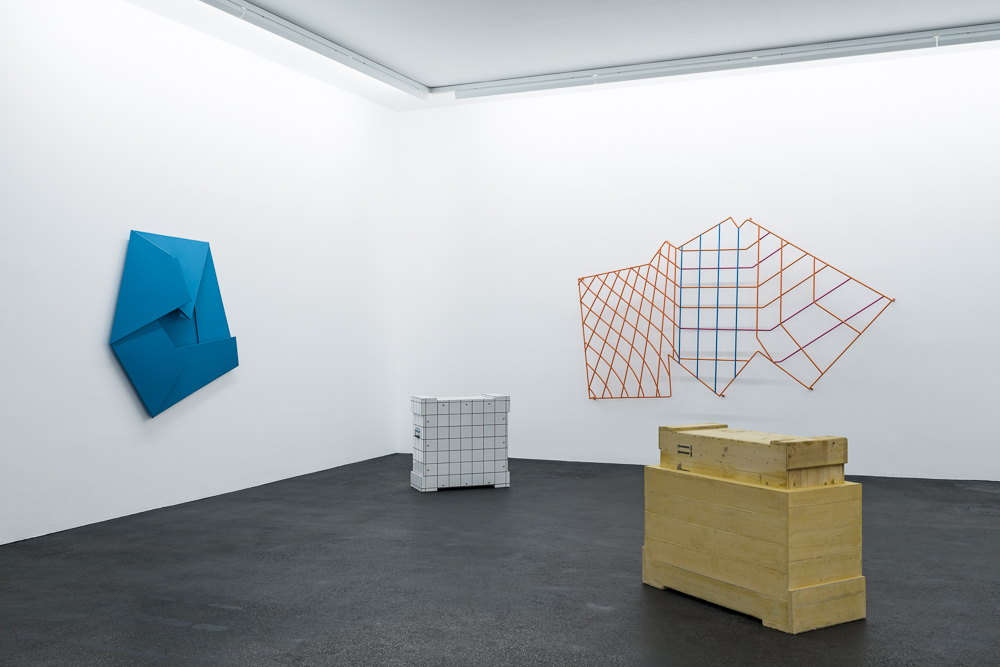 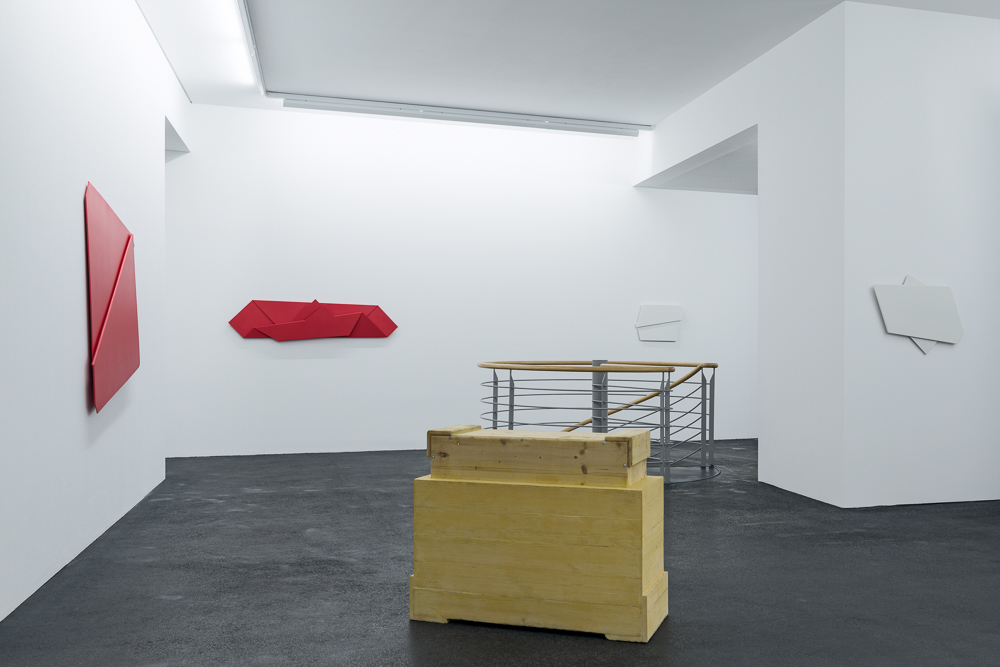 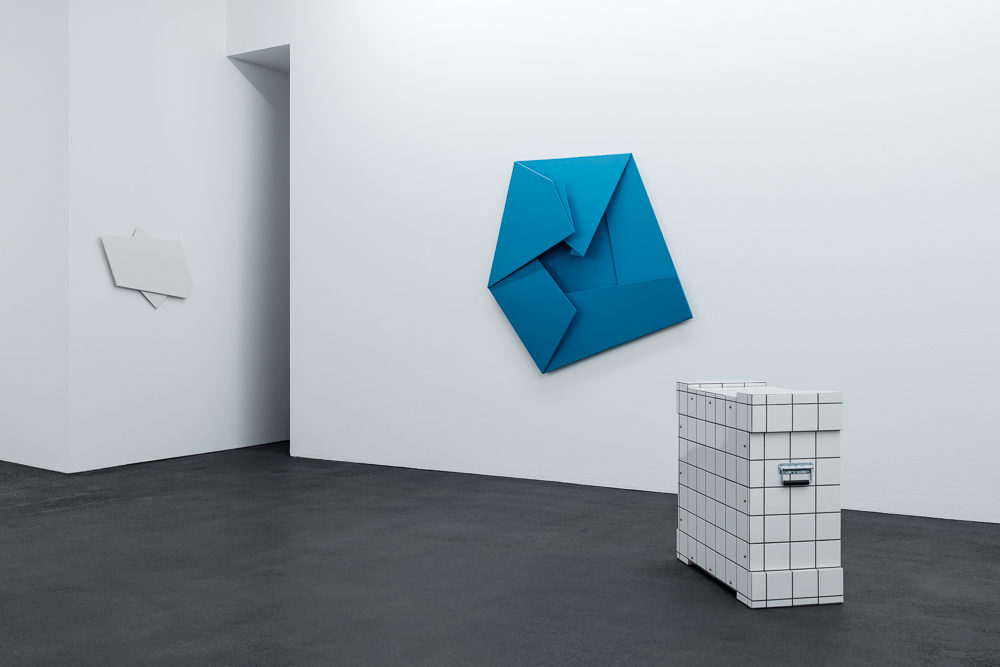 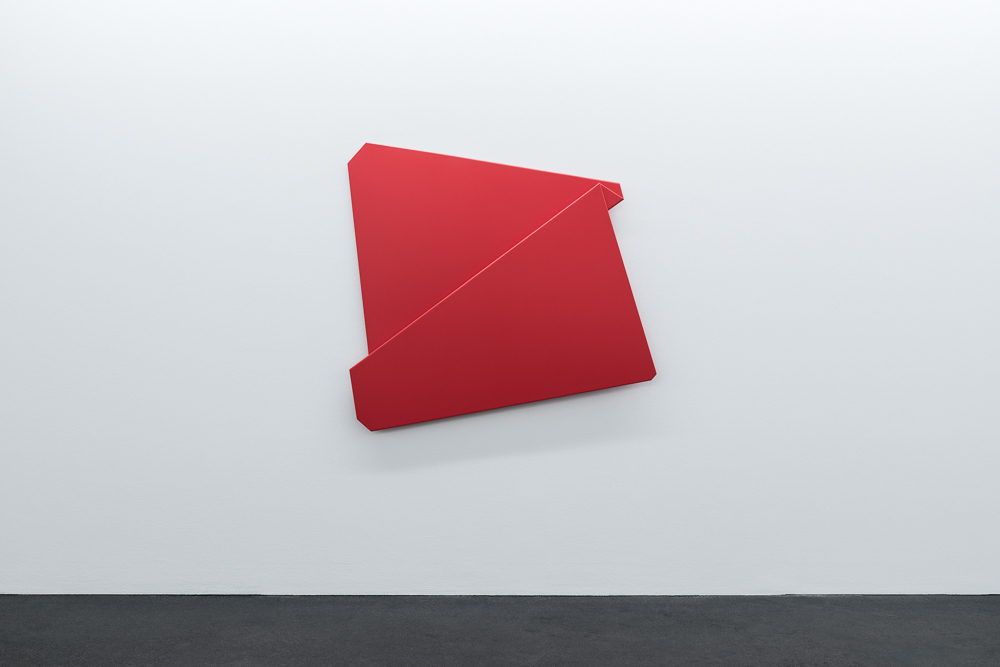 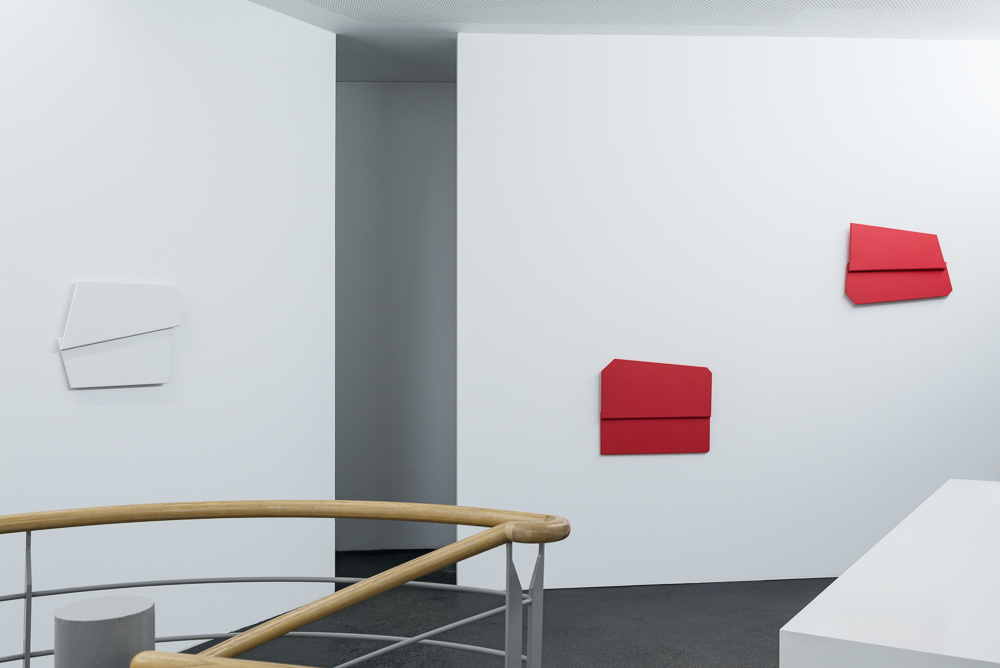 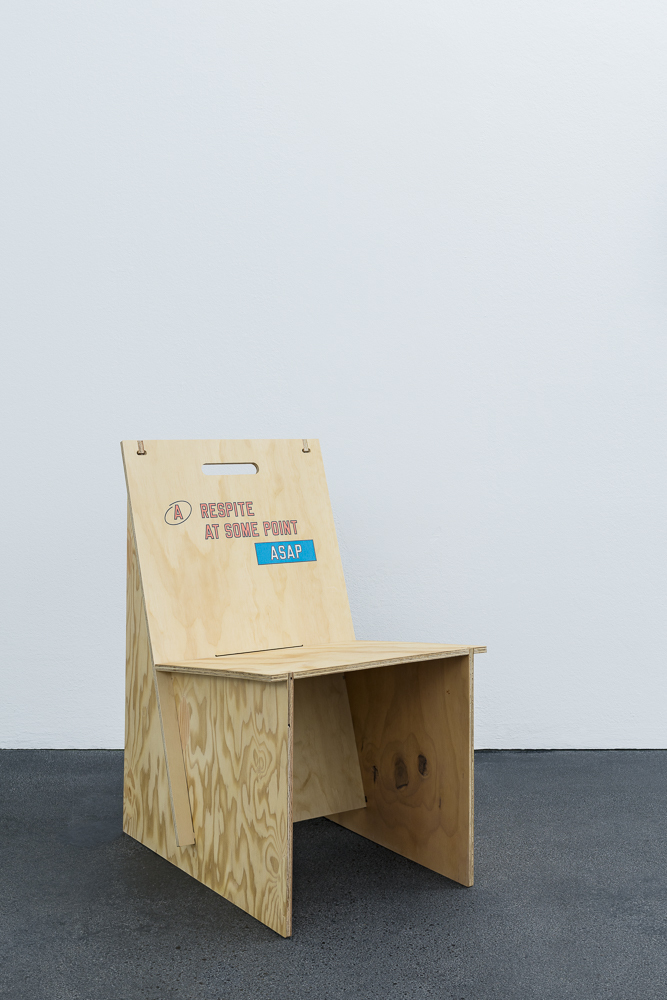 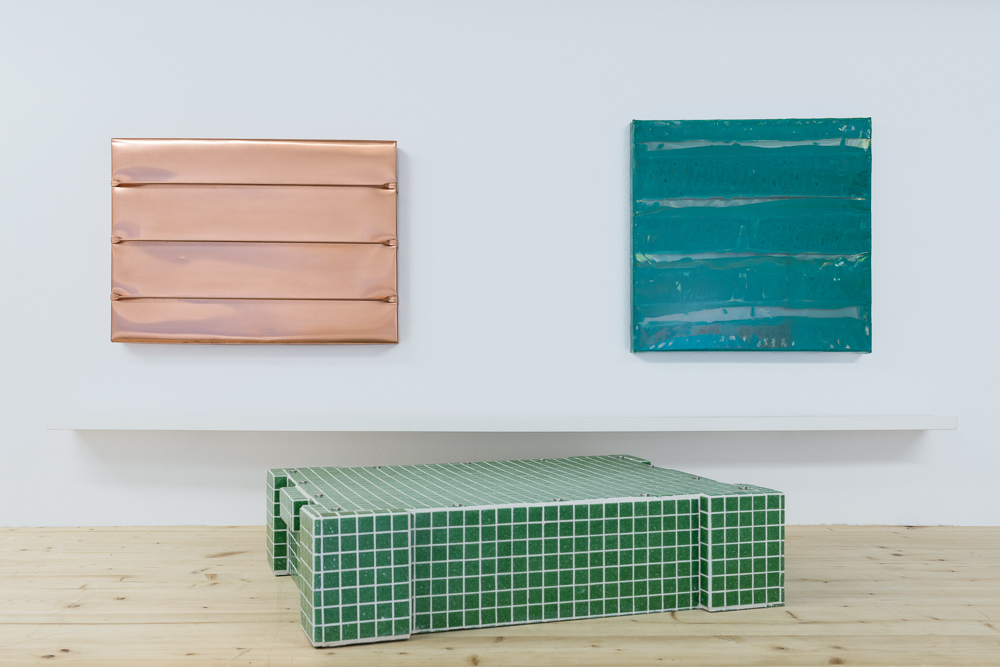 Picture, relief or even sculpture? What marks the beginning and ending of the one or the other and who makes this decision? And what about the relation between artwork and viewer? These questions are often quoted and always prevailing and Sébastien de Ganay (*1962, Boulogne-Billancourt, FR) is haunted by them. His three new series of works presented at Häusler Contemporary Munich too approach these issues conceptually but also playfully, with earnestness and with a wink.
A playful attitude especially unfolds from the relief-like wall works of the »Folded Flat« series: red and blue aluminum plates were folded in the manner of origami. The bent edges are either turned to the wall or they protrude slightly from the front side, thus tempting the viewer all the more to unfold them, to uncover what’s underneath or behind them. We get an idea of the material’s haptic and of the gesture that led to the artwork, and this participatory impulse is just what de Ganay aims for. He similarly activated our involvement before through his »Carton Series« – aluminum furniture sculptures that were inspired by fold-out cardboard boxes. Whilst these objects ranged between design and art, the »Folded Flats« now challenge the border between picture and object.
The same applies to the »Grid« series. Based on geometrical forms they constitute sort of a three-dimensional drawing in front of the wall that changes depending on the position we assume. The motives might remind art connoisseurs of paintings from the modern and post-modern eras, and the titles of de Ganays works with names such as »Knoebel«, »Mangold« and »Stella« confirm this resemblance. Additional to the question of the genre, de Ganay addresses another discourse with this series: how can inspiration, appropriation and copy be delineated from one another? Is art not always nourished from its own history? And why should this fact not be source of creative benefit instead of refusal?
Last but not least, the gallery space is occupied by cuboid objects, the third series of works that de Ganay presents in our exhibition. Their surface is covered completely by mosaics made of square glass or bathroom tiles, giving them a severe yet seductive look. The protrusions from the corners only allude to the »content« of the objects which are art handling crates. Thus the shell becomes encased itself, the protection now is an artwork worth protecting. Furthermore, by applying the old »painting technique« of mosaic to the everyday object, de Ganay leads us back to the initially asked questions: picture, relief or sculpture? What marks the beginning and ending of the one or the other?
It is typical for Sébastien de Ganay’s art to connect this question to inspirations from political and social life, in order to question perceptual processes and categorizations in general. His formal vocabulary incorporates the sensual and the minimalist, the representational and the abstract, the everyday and the exclusive. This makes him one of today’s most original representatives of experimental painting and sculpture.
Deborah Keller, Häusler Contemporary