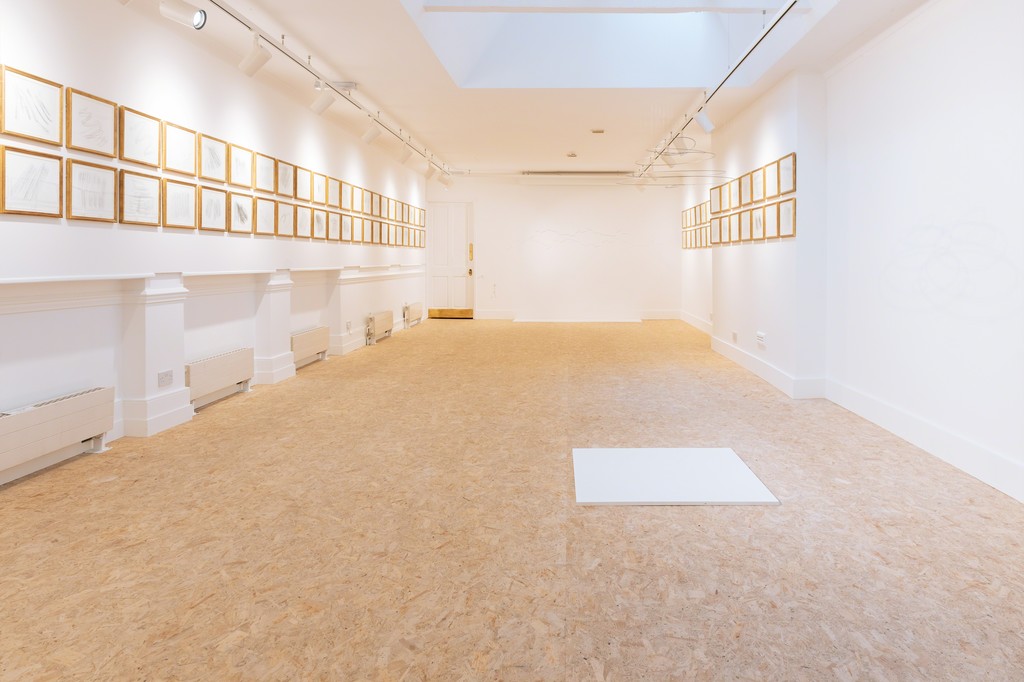 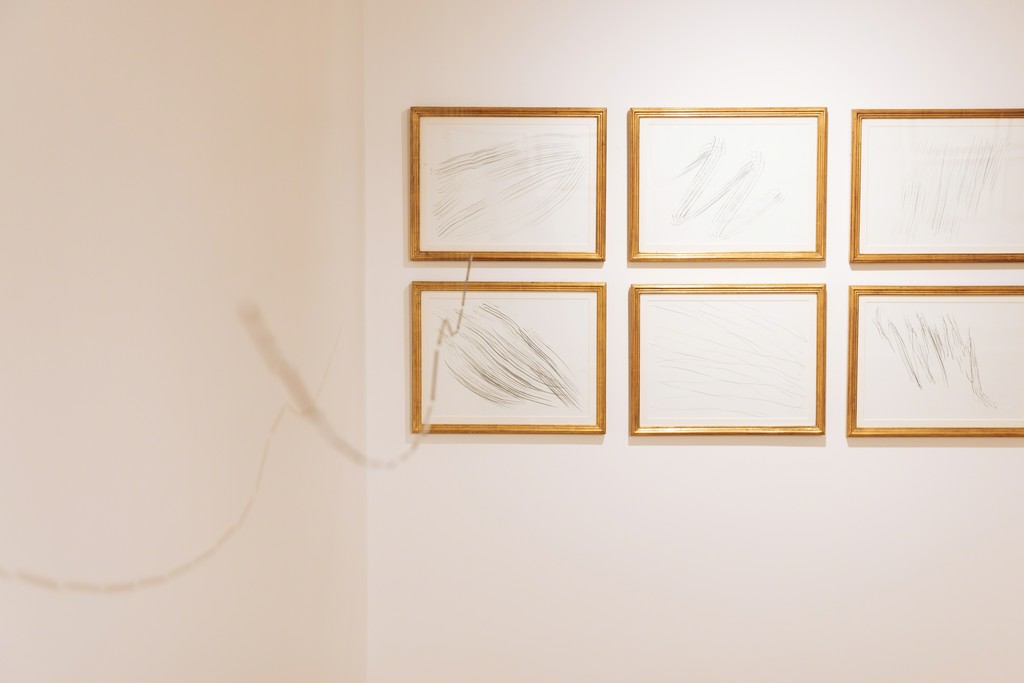 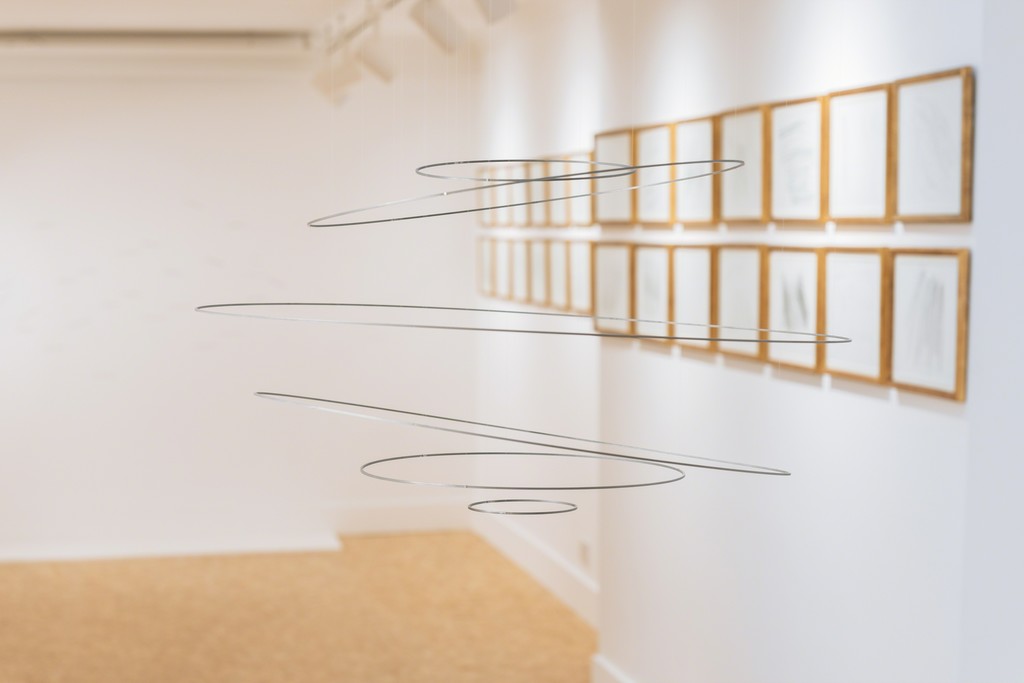 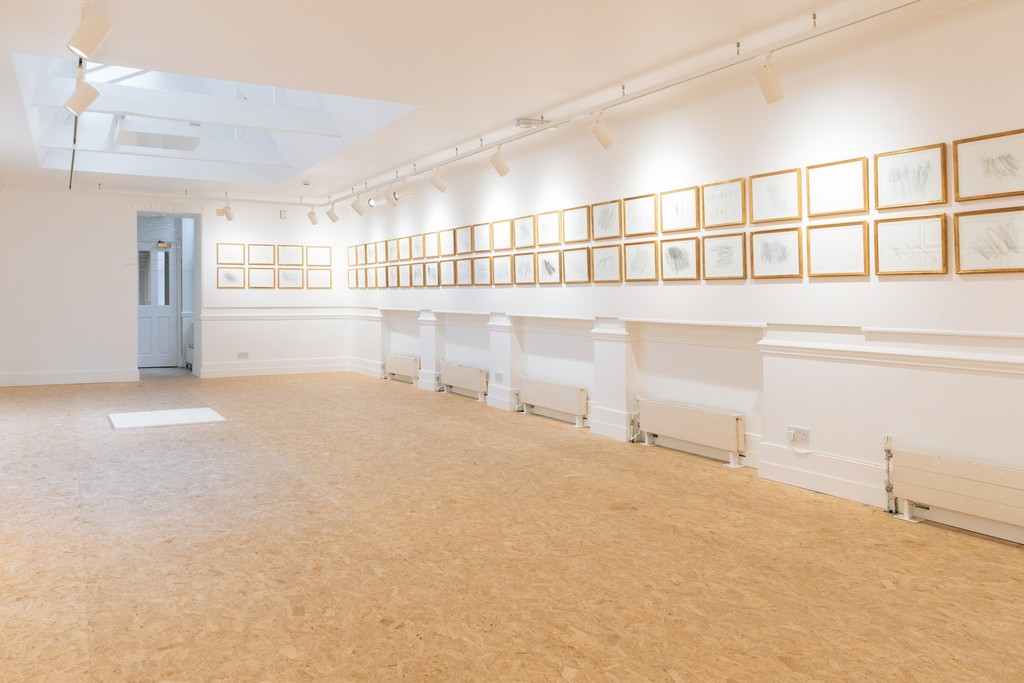 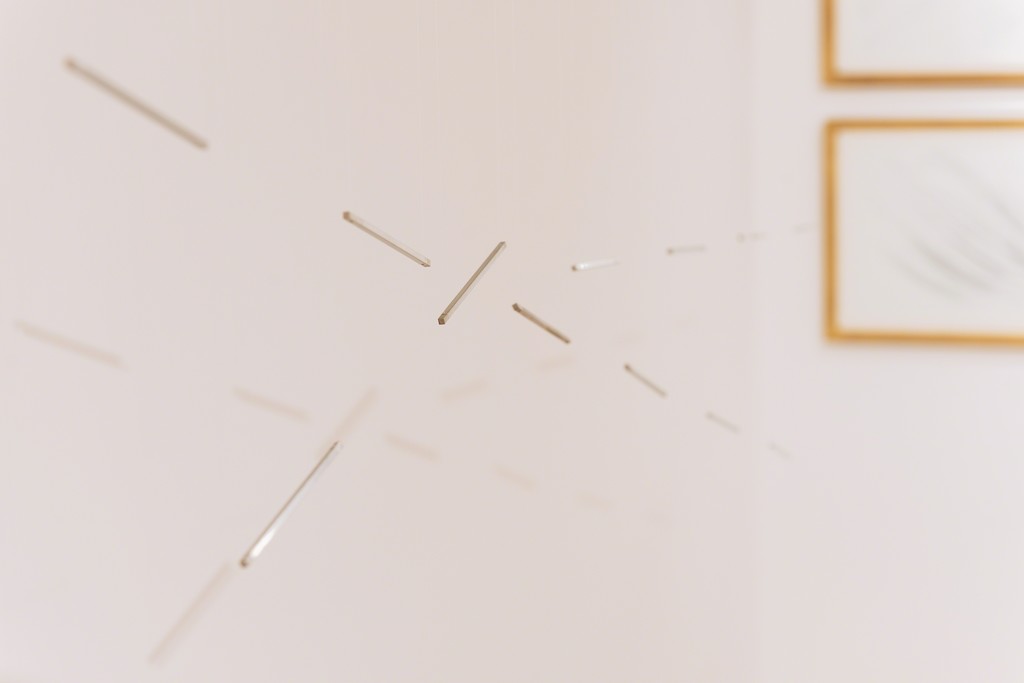 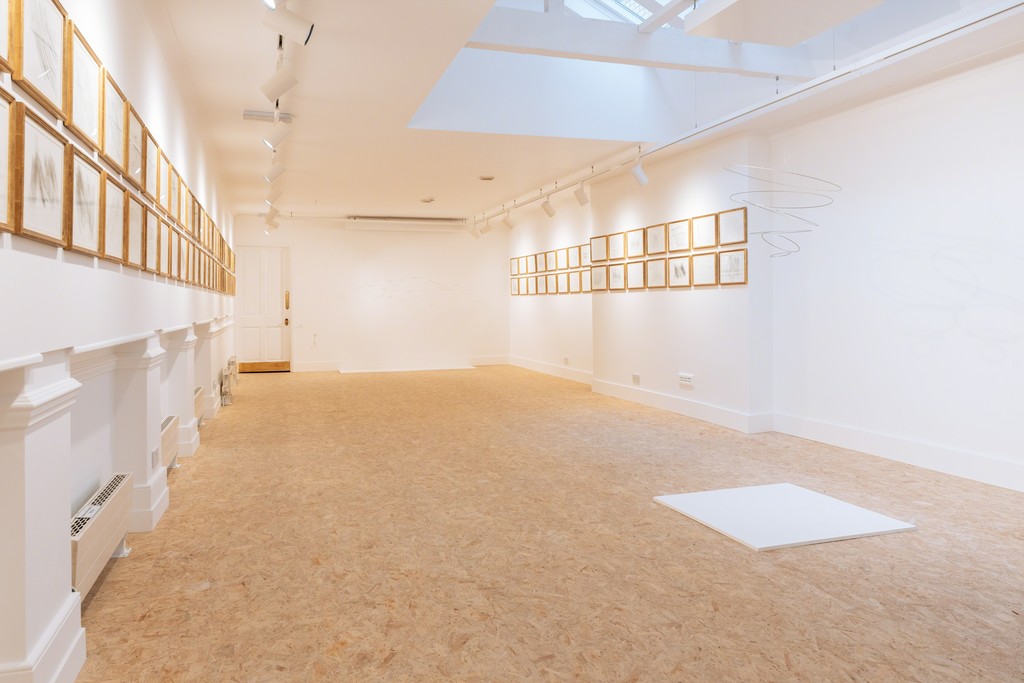 HdM GALLERY is delighted to present their first exhibition, combining the works of two applauded contemporary artists –Chinese artist Zhao Zhao and Venezuelan-born Elias Crespin. The works will be displayed side by side, allowing them to interact, counteract, and create an alternative narrative.

Zhao Zhao’s installation ‘One Second’ is an experimental piece. Consisting of 100 works of pencil on paper, each piece is a memento for a transient moment in time – affected by mood, yet linked by the medium by which it is expressed.

Alongside will be displayed works by Elias Crespin whose installations consist of ‘Circuconcéntricos Titan 60’ sculptures; metal elements supported by invisible nylon threads, the mesmerising dance-like movement of which is choreographed by engines controlled by custom-made software. The hypnotic movements are reminiscent of respiration – his works brought to life through sophisticated technology.

Born in Xinjiang in 1982, Zhao Zhao graduated with a BFA from the Xinjiang Institute of Arts, from the Department of Oil Painting, in 2003. He worked as the assistant of ground-breaking artist Ai Weiwei for 7 years, and the rebellious and innovative influence of his former mentor is visible in much of his work. As such he is an influential figure among the Post-80s generation of contemporary Chinese artists. He has received the support of many international institutions, among which are listed MOMA PS1 - The Museum of Modern Art (New York, USA), Tampa Museum of Art (Florida, USA) and UCCA (Beijing, China).

Paris-based artist Elias Crespin grew up in Caracas, Venezuela where he trained originally as a computer engineer. The son of mathematicians and the grandson of artists, his works unite two universes often at odds. Crespin has garnered the admiration of a number of influential institutions. Galerie Denise René has supported the work of Crespin from the very beginning of his career. His works are included in some influential collections including the Museum of Fine Arts in Houston, the Museo del Barrio in New York and the MALBA in Buenos Aires.
He currently exhibits in the Grand Palais show « Artists and Robots ».