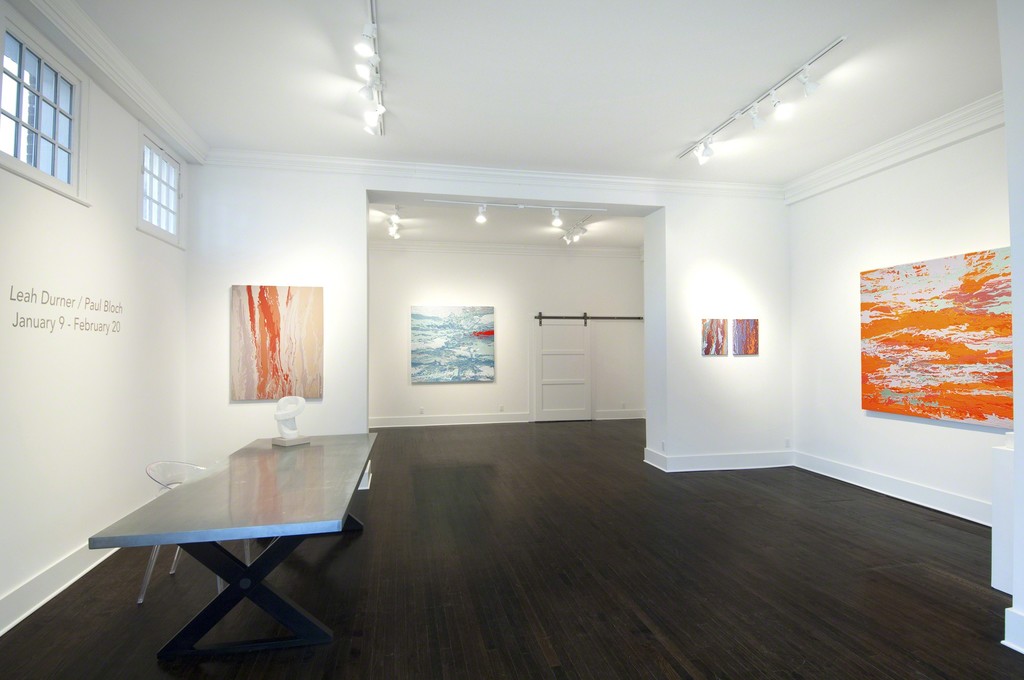 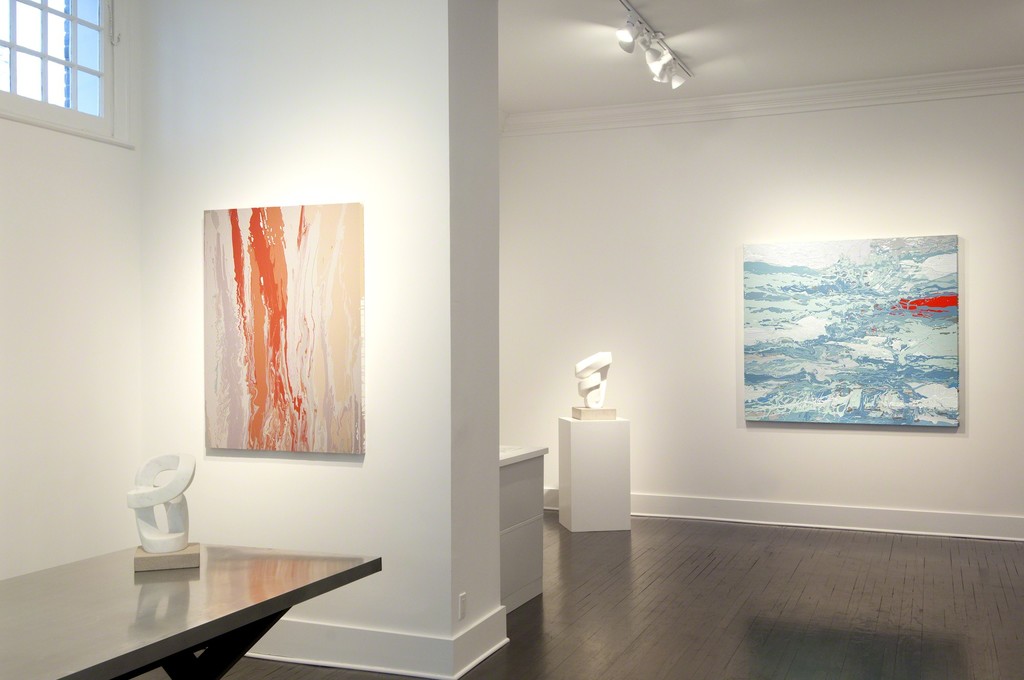 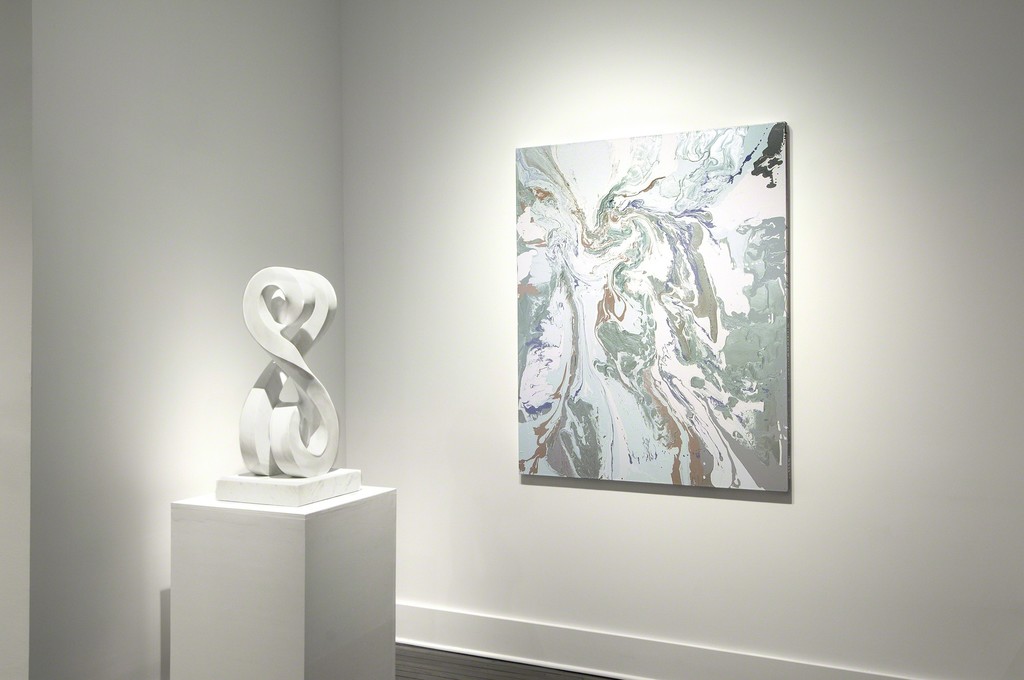 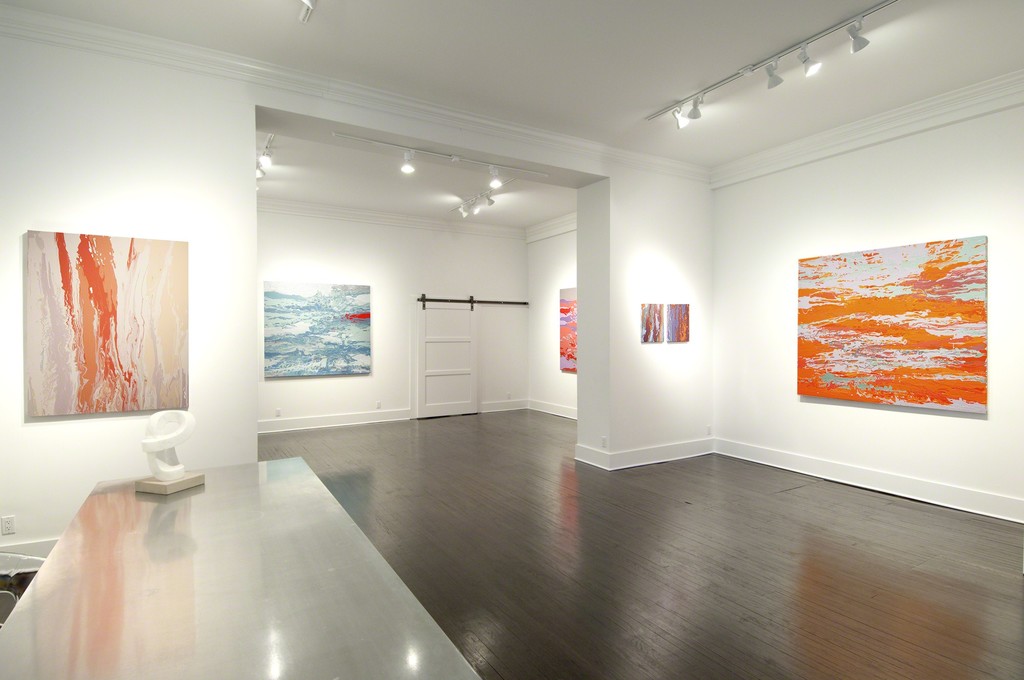 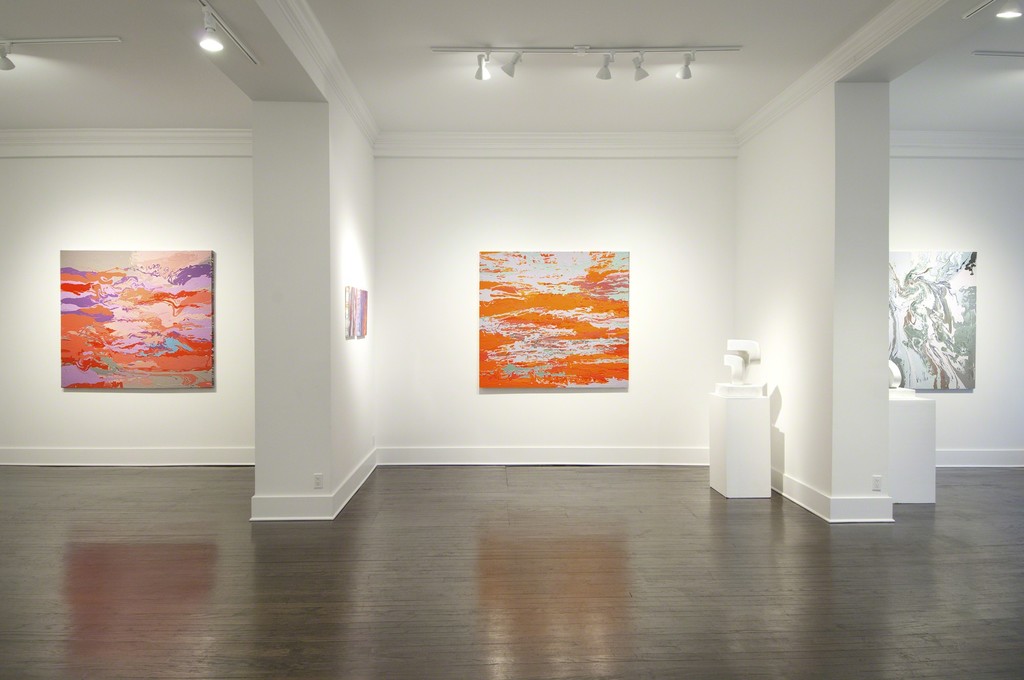 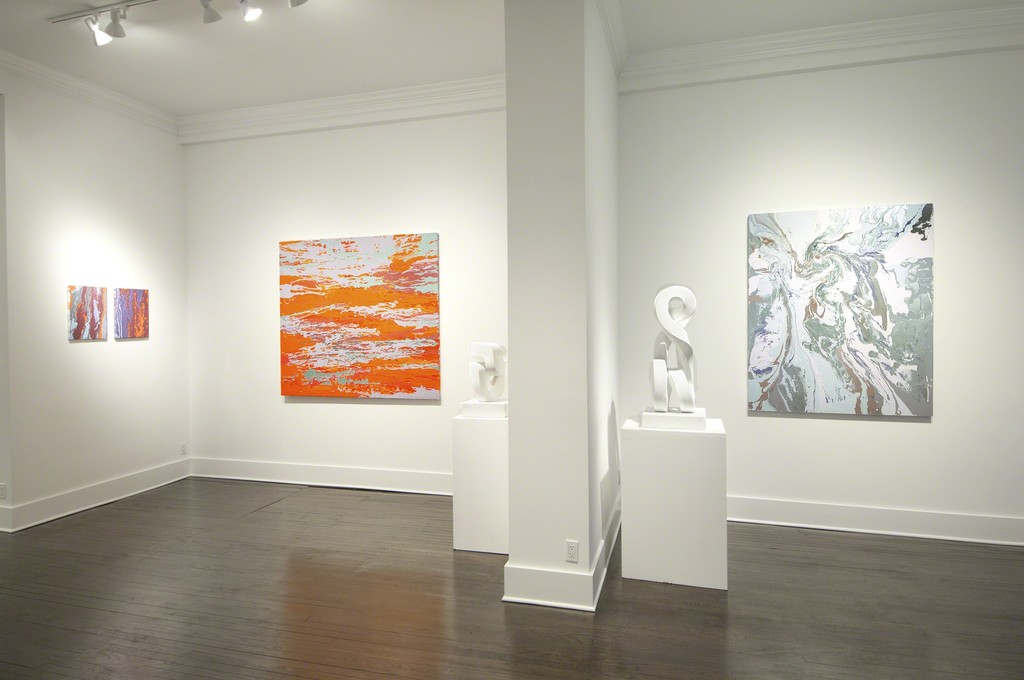 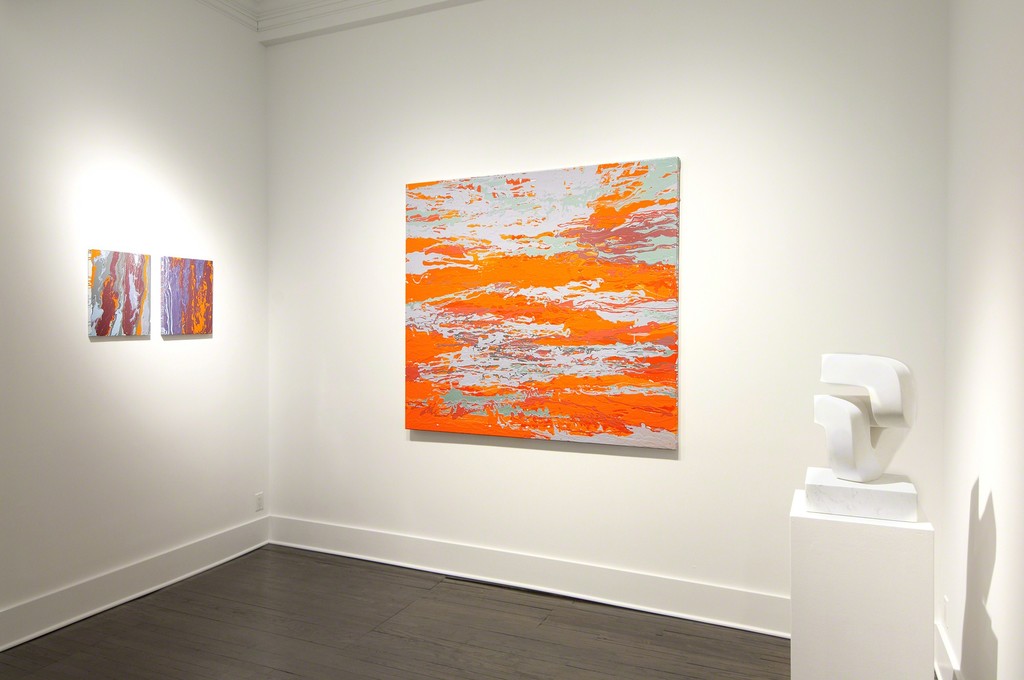 Heather Gaudio Fine Art is pleased to announce its upcoming exhibition “Leah
Durner/Paul Bloch” to be held January 9-February 20th, 2016. The show will feature
Durner’s series of poured latex enamel paintings alongside Bloch’s marble
sculpture, highlighting different approaches to improvisation. All are invited to
attend a public opening reception for the artists to be held on January 23, from 3-
5 pm.
Spontaneity and deliberation come together in Leah Durner’s poured enamels, a
series of exquisite abstract compositions of framed and unbounded color. Mixing
enamels into containers with intended purpose, Durner prepares pre-meditated
arrays of color themes and palette combinations. This ruminant process gives
way to chance the minute she pours the enamels onto the canvas in a spontaneous
spill motion. Completely saturating the surface, pigments improvise their
paths and compete for space as they flow and swirl to form new contours and
unexpected palette juxtapositions. Not an inch of canvas is exposed as the
enamels push the composition over the edges and sides of the work. Even when
the pigments have fully dried they maintain a deceivingly wet surface and continue
to suggest infinitesimal flow. The titles of these engaging works reference this
gestural performance, with colors named in order of predominance, as in Bluebeigegreen
Pour.
Durner's work has been critically reviewed by scholars of note in the United
States and abroad, and her work is in many private collections. In addition to
showcasing her paintings in numerous solo and group exhibitions in various
venues, Durner is also a curator and a published writer and lecturer on art theory
and history. She lives and works in New York City.
Paul Bloch’s improvisational approach requires a longer time to execute, as
each marble sculpture can take up to two years to create. He takes a classical
approach when carving Carrara marble, using traditional manual tools to incise,
chisel and sand large quarried blocks. Without the use of a model or preparatory
drawings, Bloch approaches his sculpture with the spontaneity of a jazz musi-
cian, bending and extending the potential of the material to the edges. Beautifully
formed and balanced abstractions emerge from his creative process. Bloch
apprenticed with West Coast sculptor James Pristine in the 1970s and received a
grant form the Athena Foundation in 1994 to sculpt at the Mark di Suvero studio
in New York City. He has had numerous exhibitions in Italy and Switzerland as
well as in California, New York and Santa Fe where he currently resides. His
work is also in many private collections here and abroad.