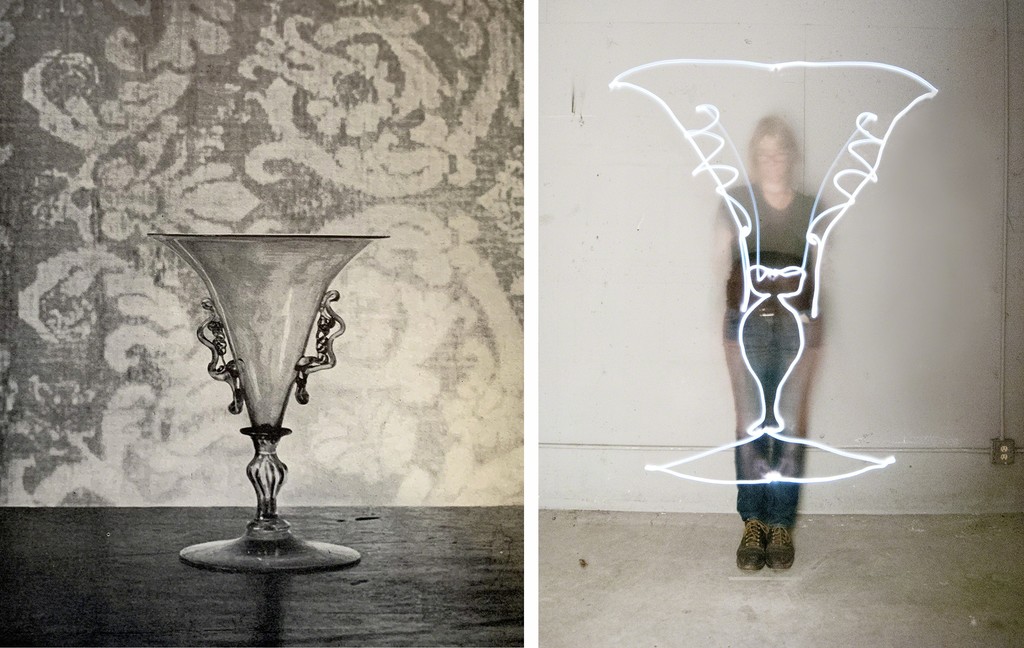 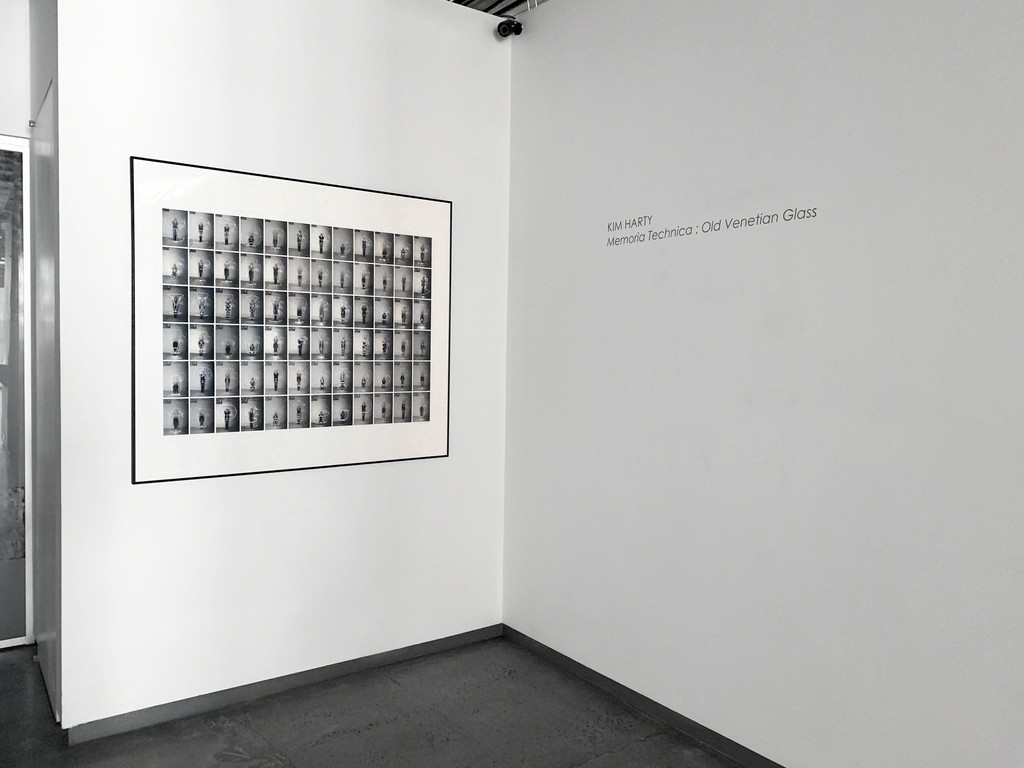 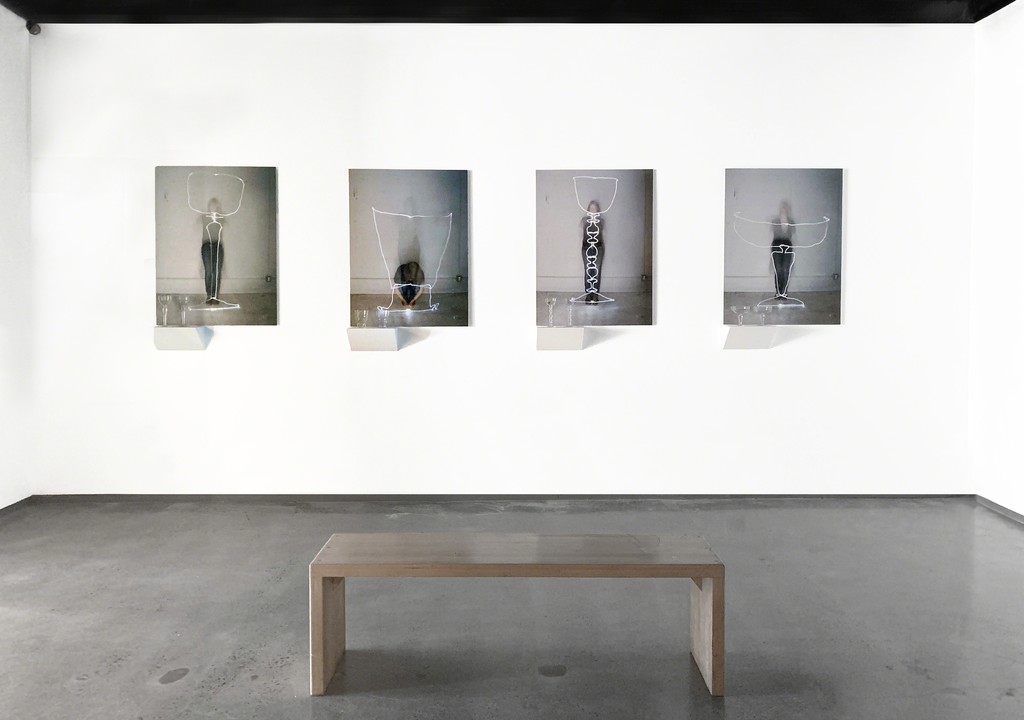 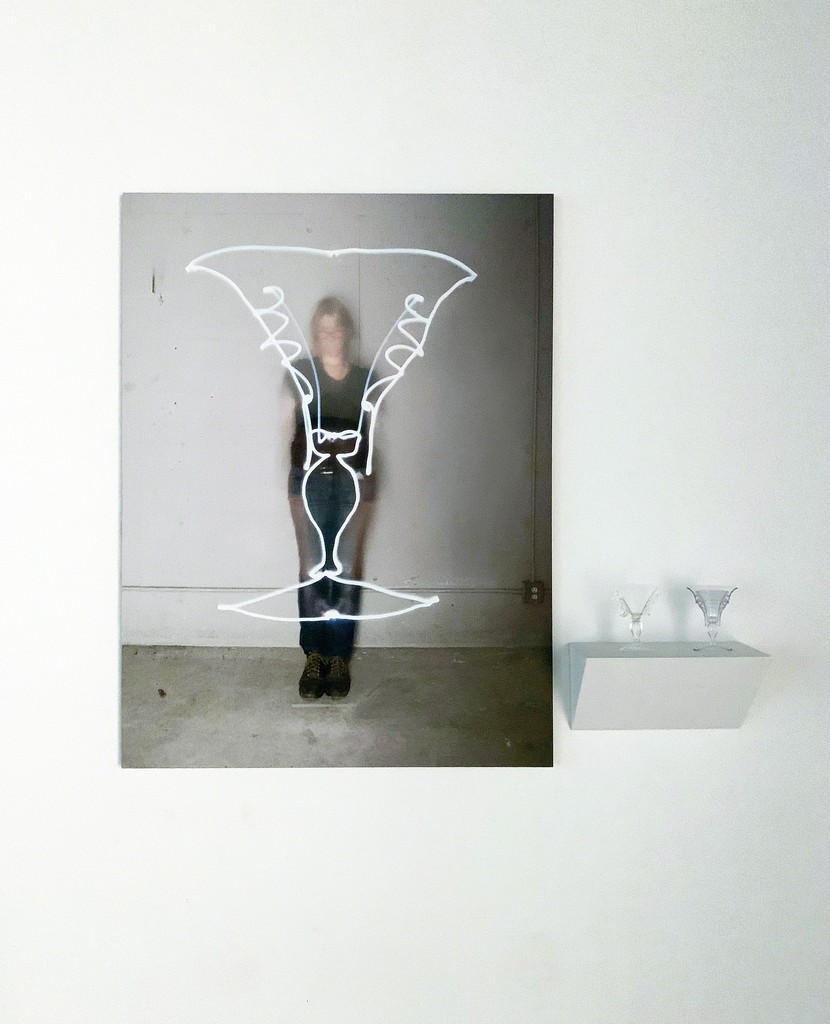 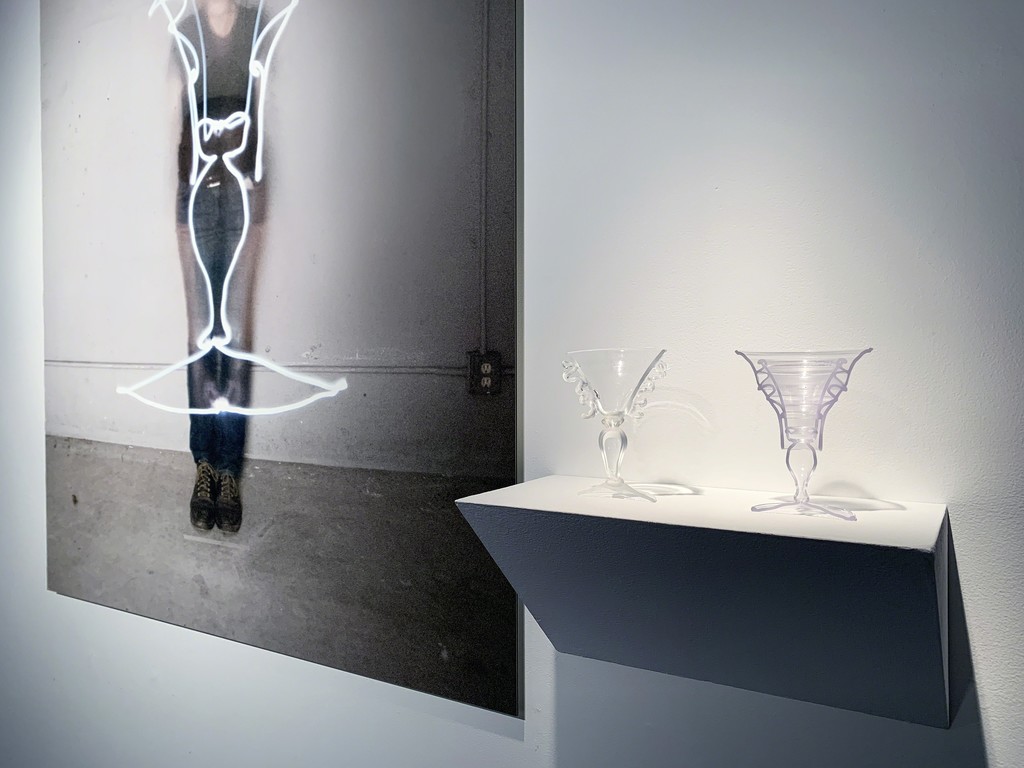 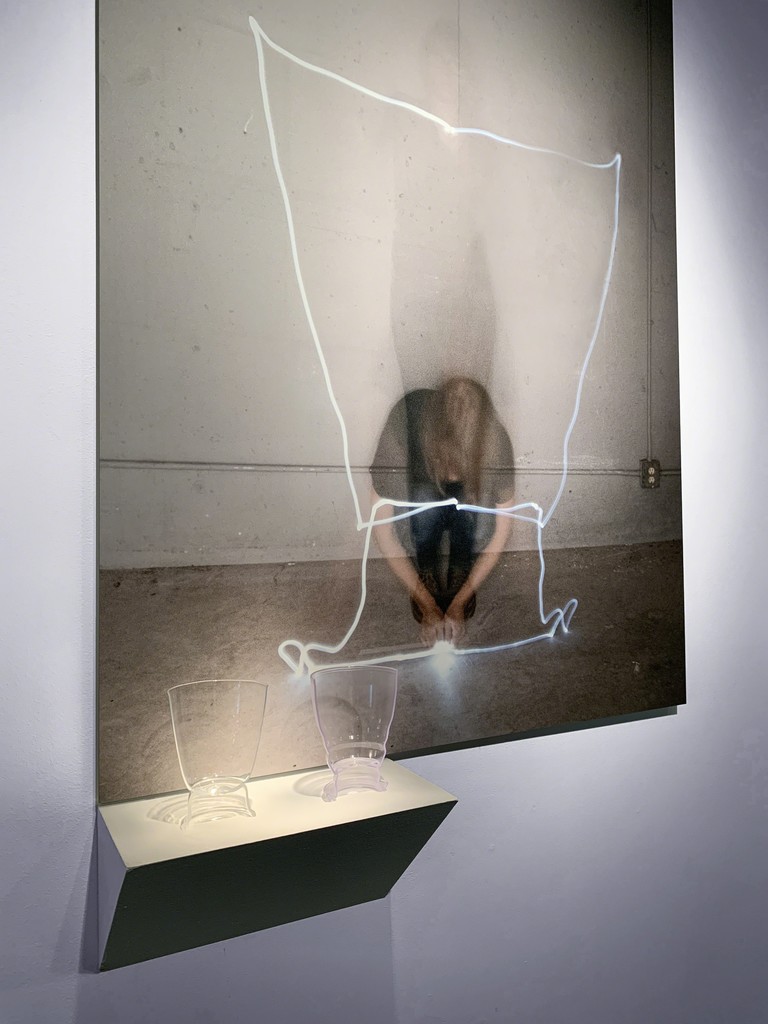 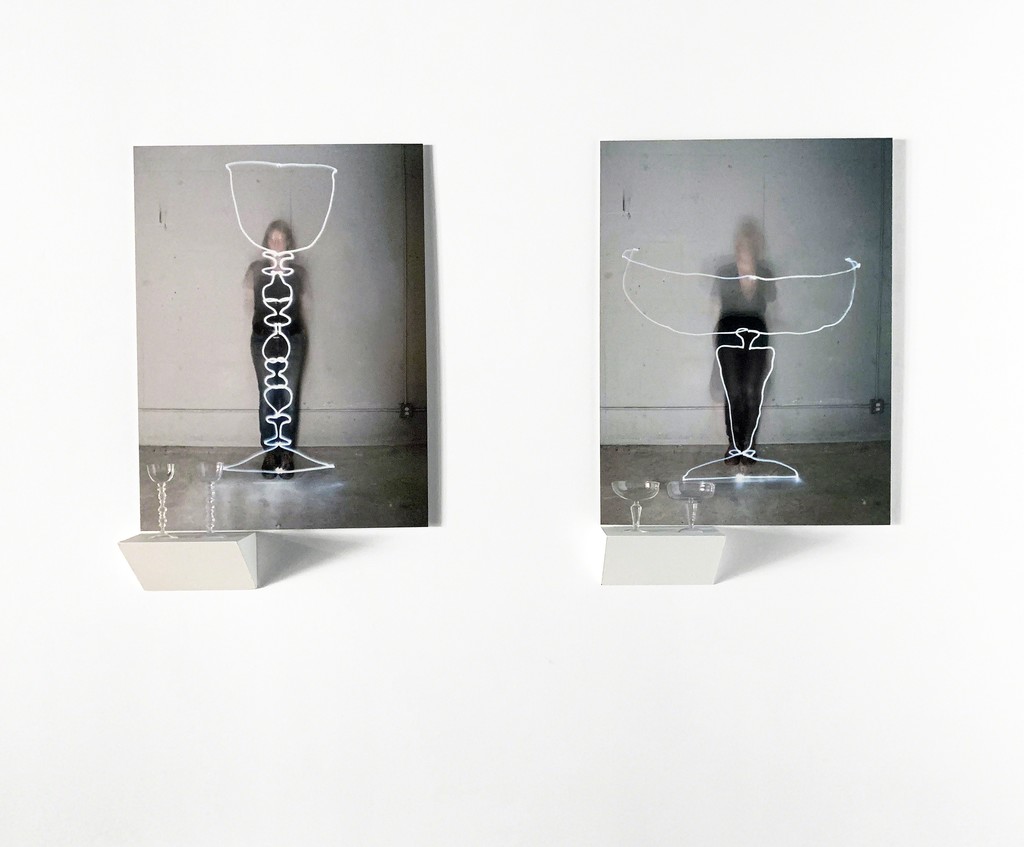 New York -- Heller Gallery is pleased to present Memoria Technica: Old Venetian Glass, a solo exhibition of new work by Detroit-based artist, writer and educator Kim Harty, which materializes the gap between a historical object and the memory of that object. Featuring her photographs and small-scale sculptures, it is named for a method or device for assisting with memory.
Harty first explored the subject, when she performed large, slow-exposure light drawings in total darkness, simply from memory, of historical glass vessel images from the book Old Venetian Glass. In creating the light drawing, the human body becomes the memory device - the memoria technica - corresponding to the parts of the vessel, aptly named the lip, neck, waist, and foot.

Memoria Technica will feature five new pieces, each of which consists of a blown glass and 3D-printed object. They were then made directly from the silhouette of the light drawings to the scale of the original historical objects. This additional level of translation—from 2D drawing to 3D—materializes the memory of the original objects. Although they are still recognizable as vessels, the fuzziness around the edges, the not-quite-sure-of-itself line, becomes a manifestation of a mental space, rather than a physical one. In the exhibition, each set of objects is accompanied by a large-scale photographic print of the light drawing it is based on. The images were selected by Harty from her complete set of seventy two.

Glassblowing is a discipline that relies on the entire body: eye–hand coordination, choreographed movement, and muscle memory. The replication of historical objects is an important way to hone your skills as a glassblower. But in trying to produce an accurate replica, even under the best conditions, there will always be a gap between the historical object and the made replica. Memoria Technica shows the limits of memory and materializes the information that is lost in translation when recreating a historical object.

Kim Harty’s work investigates the connection between craft and performance and is heavily informed by her training as a glassblower. She is interested in undoing traditional methods of making and investigating how materials can confound their expected function. She has taught at the School of the Art Institute of Chicago, Oxbow School of Art, and Penland School of Crafts. Her artwork and collaborative performance work has been shown in museums in the United States and Europe, including the Design Museum Gent, Corning Museum of Glass, and the Toledo Museum of Art. Harty has written for Glass Quarterly and Detroit Research. Currently she serves as Assistant Professor and Section Head of Glass at the College for Creative Studies in Detroit, Michigan.