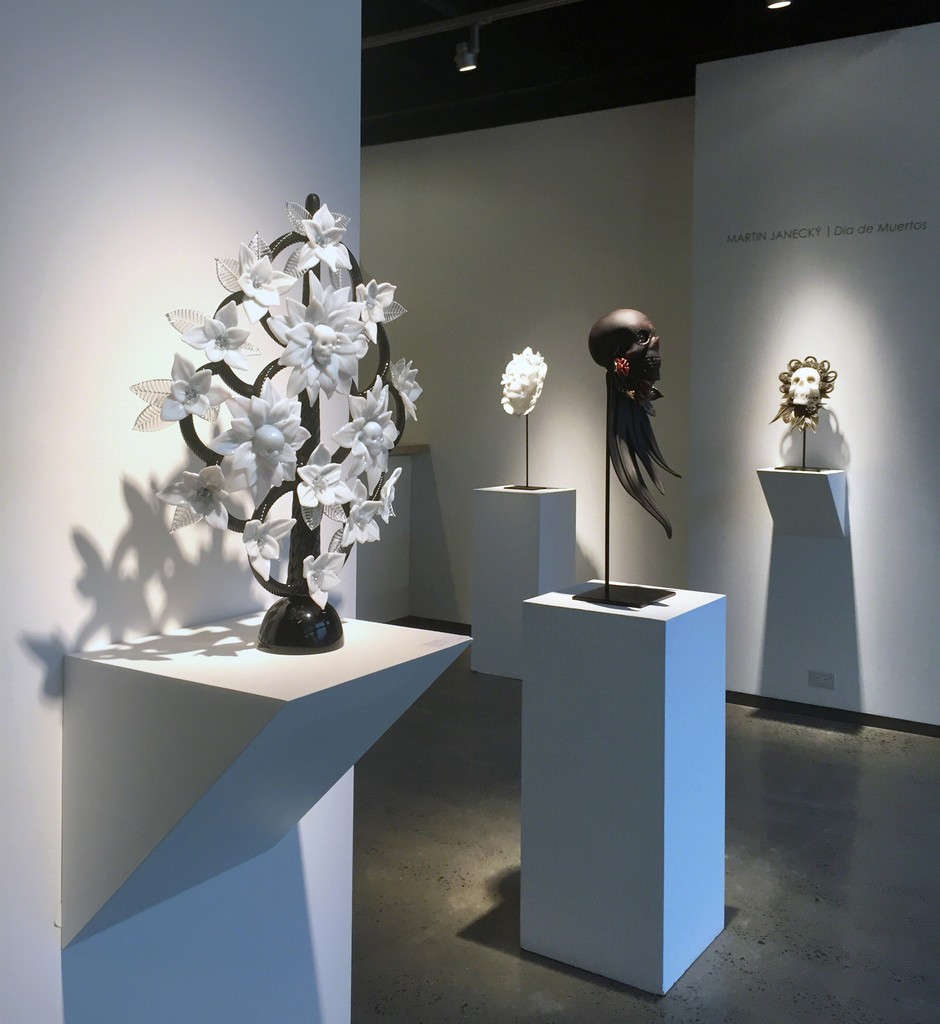 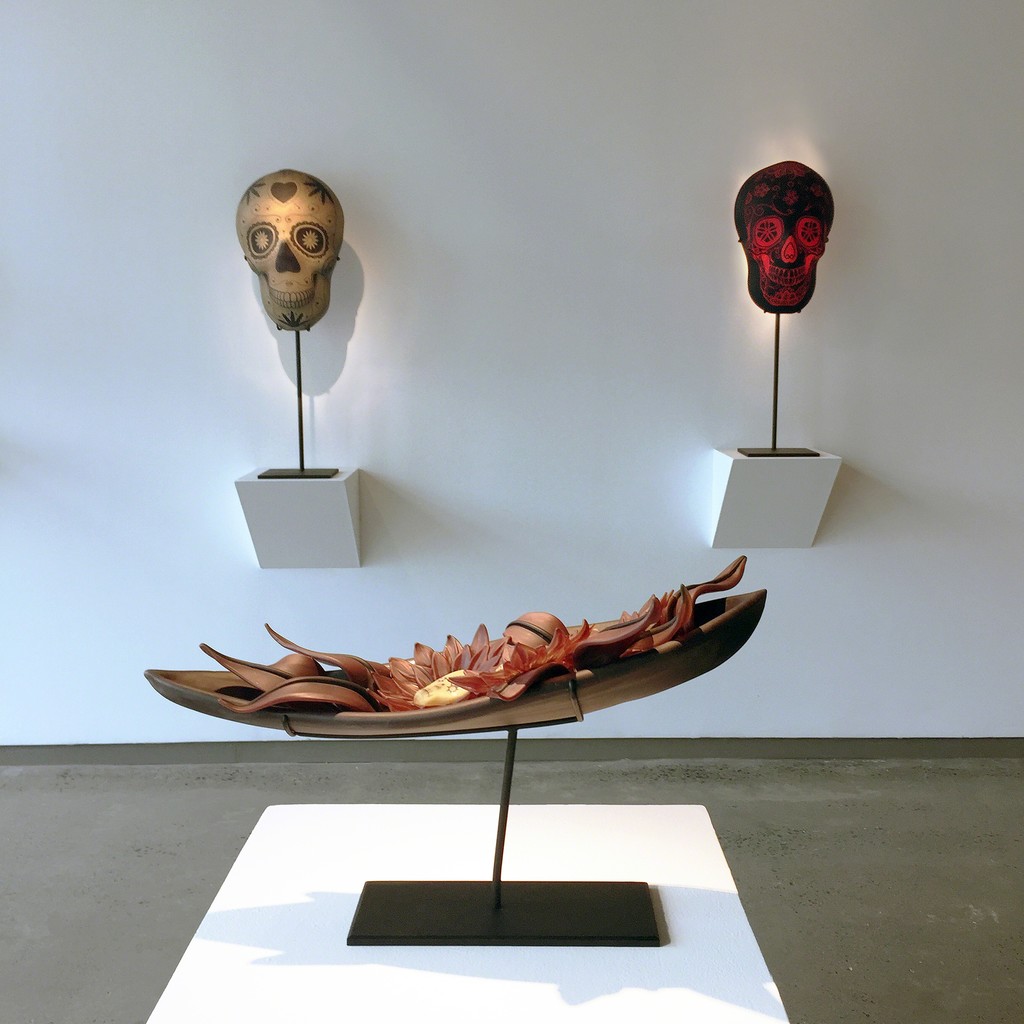 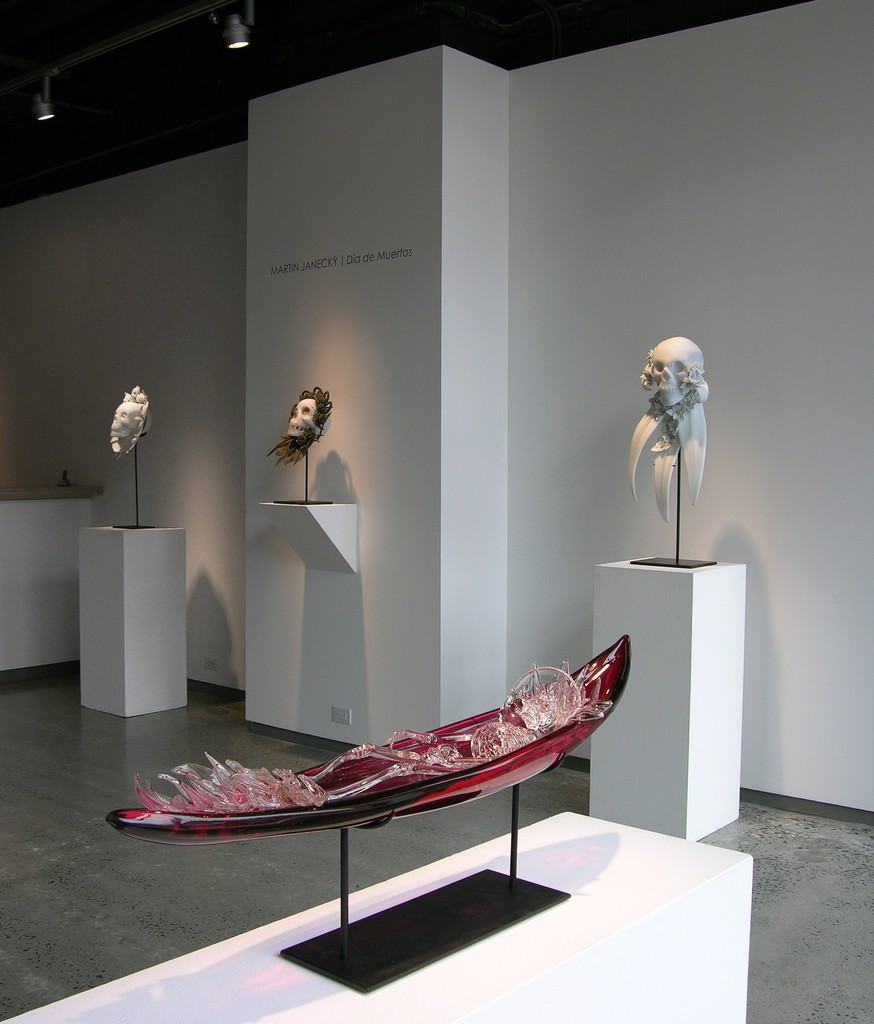 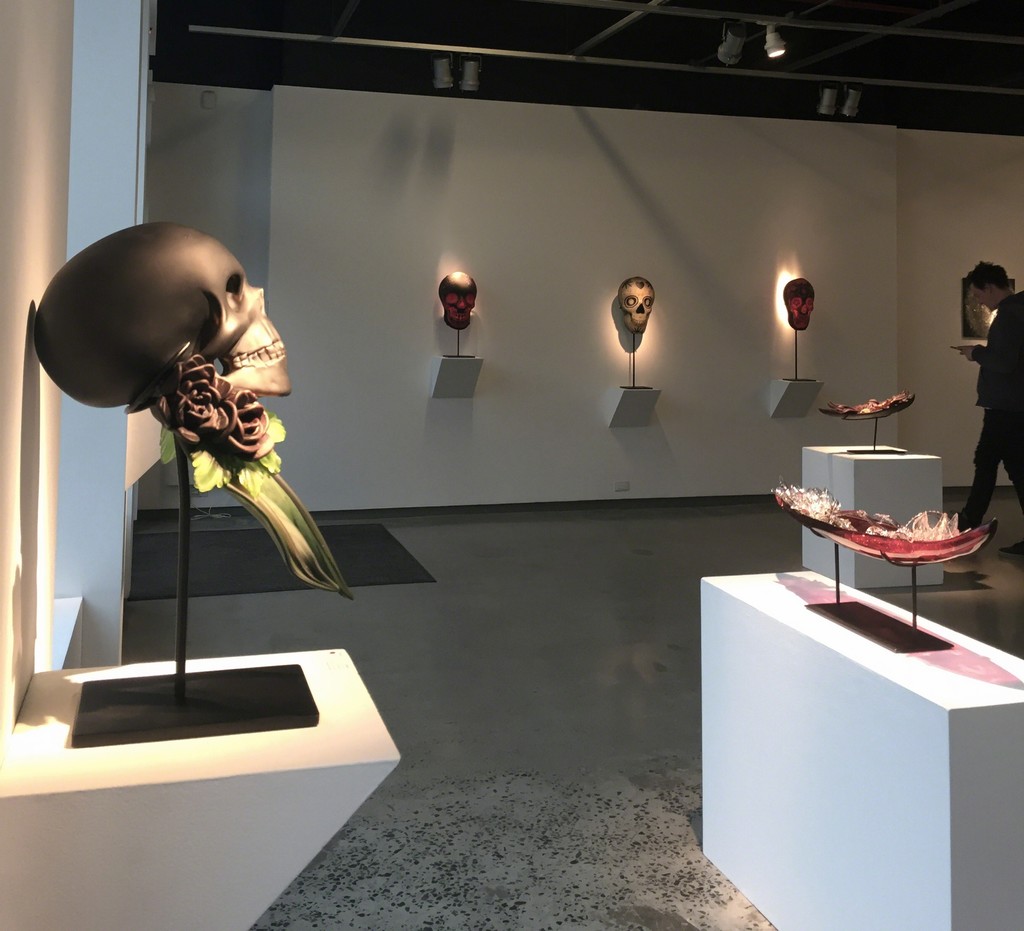 New York -- Heller Gallery is pleased to present Martin Janecký’s Dia de Muertos, an exhibition that was inspired by Martin’s travels and study of Mexico’s Day of the Dead celebrations. Originally scheduled to be shown in Mexico City in the fall of 2017, the exhibition was cancelled in the aftermath of last year’s earthquake.
Czech glassblower Martin Janecký started working with glass at age 13. Today he is internationally recognized for developing and using a virtuosic technique of sculpting from the inside of a molten bubble. To date his best known works have been astonishingly detailed sculptures of human heads. But, following a 2013 visit to Mexico, Janecký started exploring another part of the human anatomy – the human skull, one of history’s most potent images. Janecký, already familiar with the Sedlec Ossuary, an unforgettable chapel ornately decorated with chandeliers and arrangements of tens of thousands of human bones, set to work on incorporating ‘calaveras’ (decorative representations of skulls), as he had seen them in the Mexican Dia de Muertos festivities.

Janecký’s tribute to the Dia de Muertos iconography is an outgrowth of his passion for the culture and people of Mexico. In his words: ‘Día de Muertos is a stunning celebration of life and death. The altars are resplendent with color: bright marigolds, traditional foods and symbolic objects. The willingness of Mexican people to share this occasion with an outsider like me, someone from a totally different environment, was a humbling experience that inspired me to want to create a body of work that honors and celebrates this amazing event. I feel I have much in common with the Mexican tradition of making and I wanted to use my traditional craft to show the Dia de Muertos through my eyes and to share it with all people. My plan was to recreate iconic examples of this celebration in glass, which has never been done in this scale. I do so with humility and a huge respect for Mexico’s history and culture.’

Martin Janecký is one of the most acclaimed glassblowers in the world today. He has taught and exhibited at the Corning Museum of Glass, Corning, NY; Pilchuck Glass School, Stanwood, WA; Chrysler Museum of Art, Norfolk, VA; UrbanGlass, New York, NY; the Rietveld Academy in Holland, Bornholm Design School in Denmark, the Australian National University and the Toyama City Institute of Glass Art in Toyama Japan, among many. His work is represented in numerous private collections internationally.

Martin Janecky will be present for the opening reception at Heller Gallery, on Thursday, March 1, 2018 from
6 - 8pm.