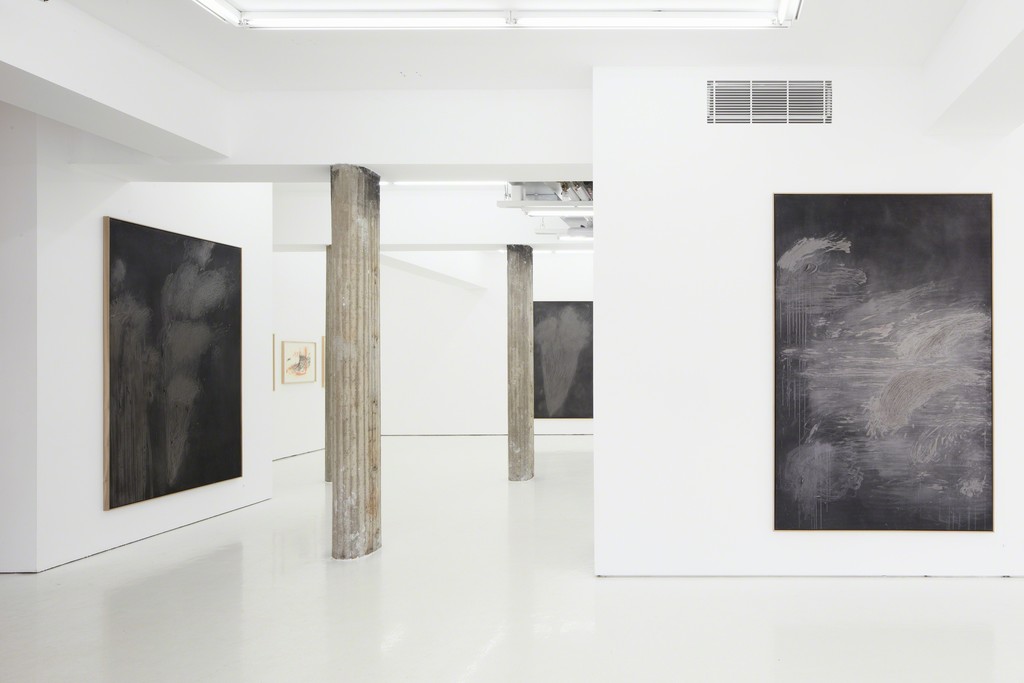 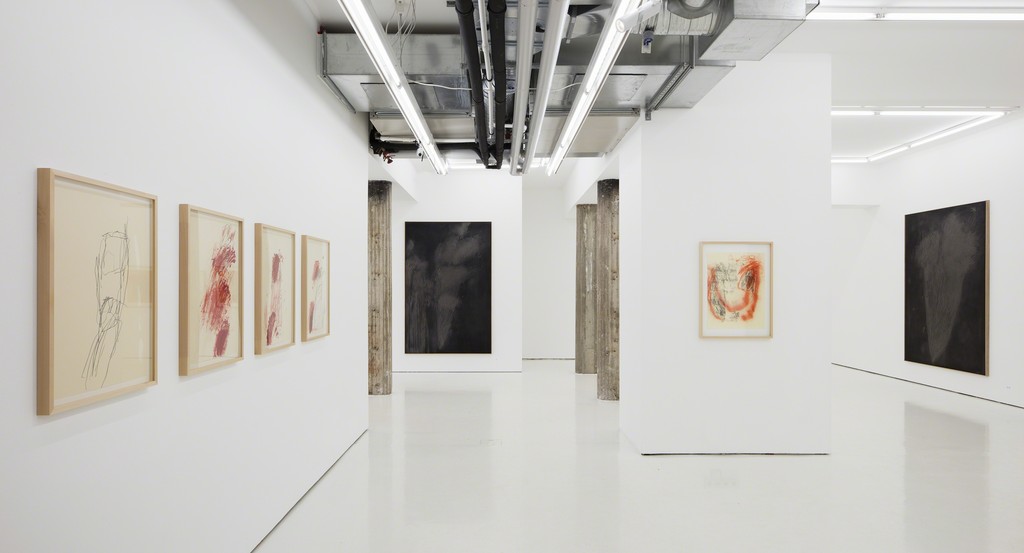 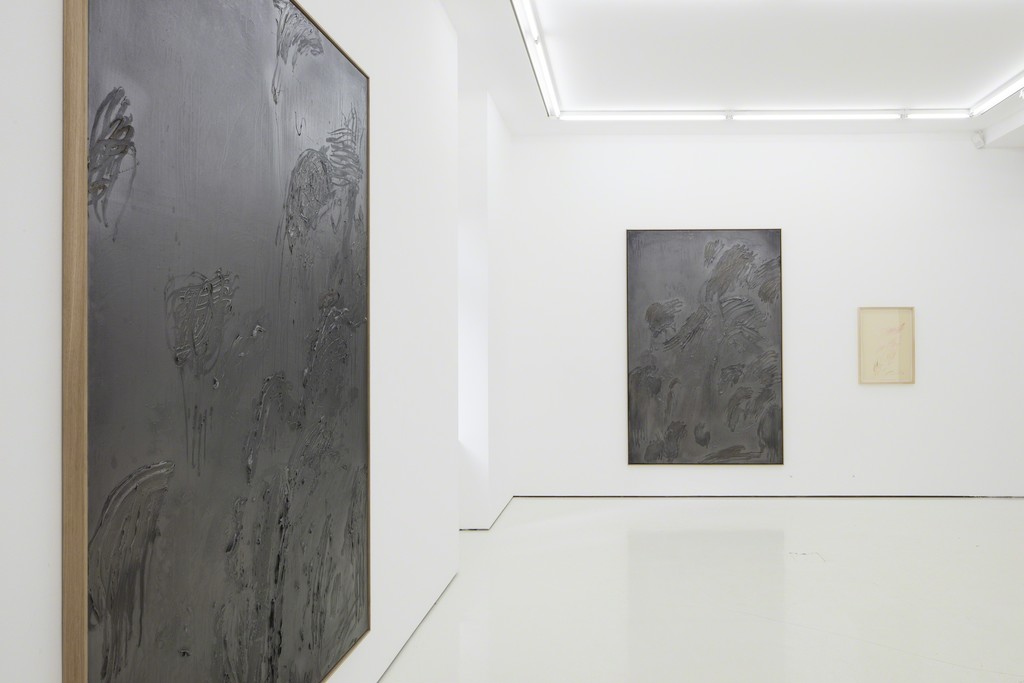 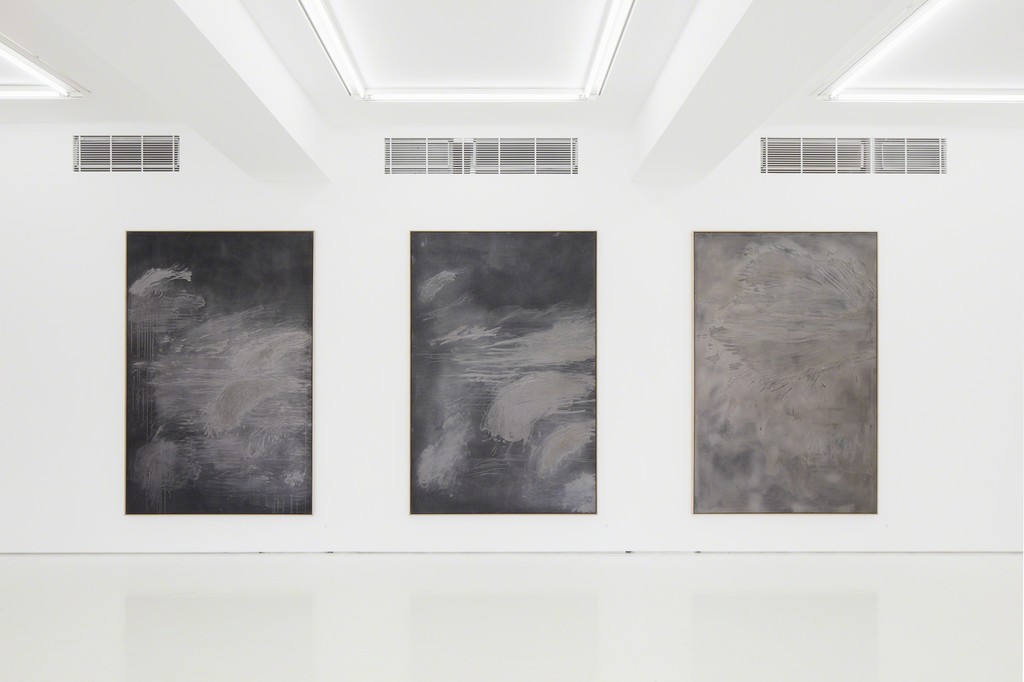 Olli Piippo’s solo exhibition Eight Notes on Oceanic Feeling will be held in Helsinki Contemporary on 4–27 May. His new works approach the so-called oceanic feeling, which has been described as unity with the universe, and experiences of it through painting.

“Rendered through the painting process, Oceanic Feeling is a moving state, a feeling that a wave is rolling over you, or merging into the background. In the same way the painting is either losing its form or the form is just rising to the surface.”

Piippo approaches the painting process through materials and experimenting with them, which opens up space for new things. A series of large, dark-coloured paintings bearing the name of the exhibition Eight Notes on Oceanic Feeling have been made with graphite on a black background. The works look almost monochromatic at first glance, but they resist a minimalist presentation: “Strict limits govern the whole, but within them I can be completely free,” he explains. A host of subtle nuances give the works meanings that drive the viewing experience.

The other clearly-defined entity of the exhibition is a series of works on paper, Sketches for Oceanic Feeling. Although Piippo has always drawn, and drawing has also been part of the painting, this is the first time the artist has put his paper works on show. Working with paper has been liberating after the painting process. A monotype printing technique, for instance, has been used in the more delicate and colourful paper works. The works in the series are an integral part of the exhibition’s theme of the experience of enlightenment and feelings of peace.

“The works are combined by the way that I exploit mistakes. Ugliness turns into beauty when I deliberately use the wrong materials and techniques, and I enjoy the mistakes and the difficulty of managing the materials. It creates the breathable and organic nature of the works,” says Piippo.

Olli Piippo (b. 1980) lives and works in Berlin and Helsinki. He last showed his works in Helsinki Contemporary as part of the Guilty Pleasure joint exhibition with Swedish artist Lukas Göthman in autumn 2016. Eight Notes on Oceanic Feeling is Piippo’s first solo exhibition in the gallery. His works have been shown most recently in the Nordic countries and Europe, in Lachenmann Art in Konstanz and Kunstkraftwerk in Leipzig, Germany, and Gallery Thomassen in Gothenburg, Sweden. He previously had a solo exhibition Staring at the Sea, Standing in the Sand, in Forum Box, Helsinki in 2015. Piippo is also known as the founder and curator of the Black Market concept, which organizes exhibition events.