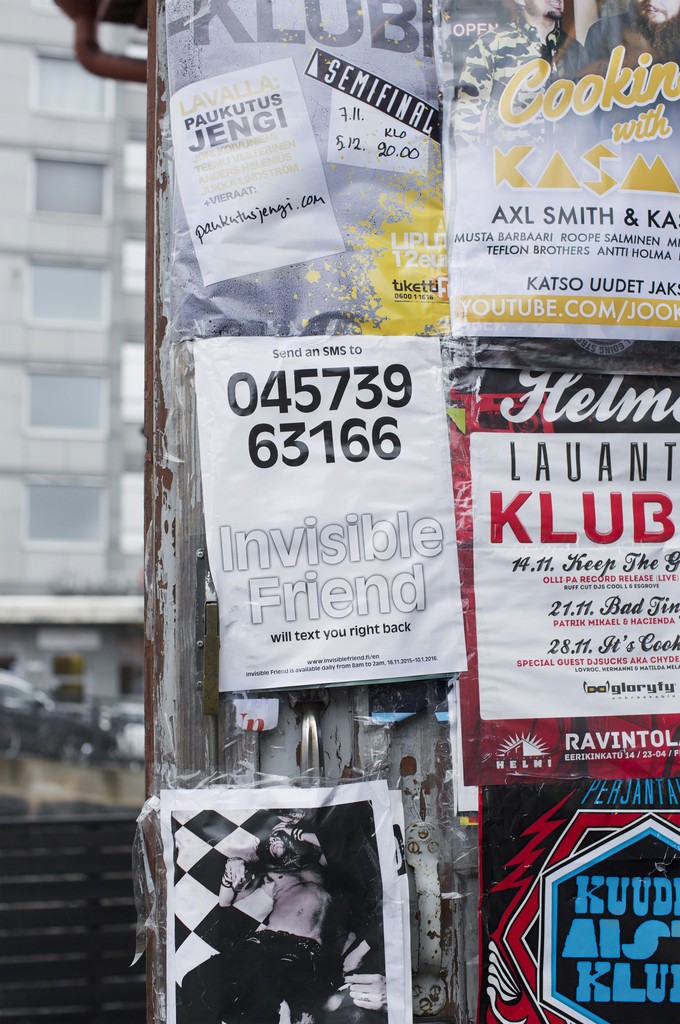 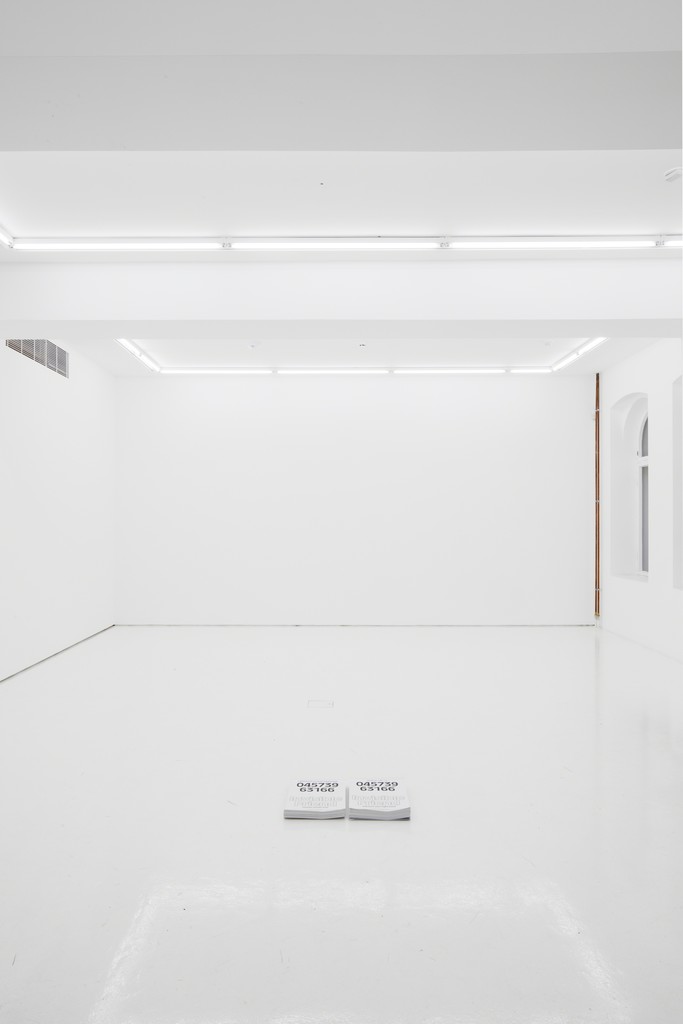 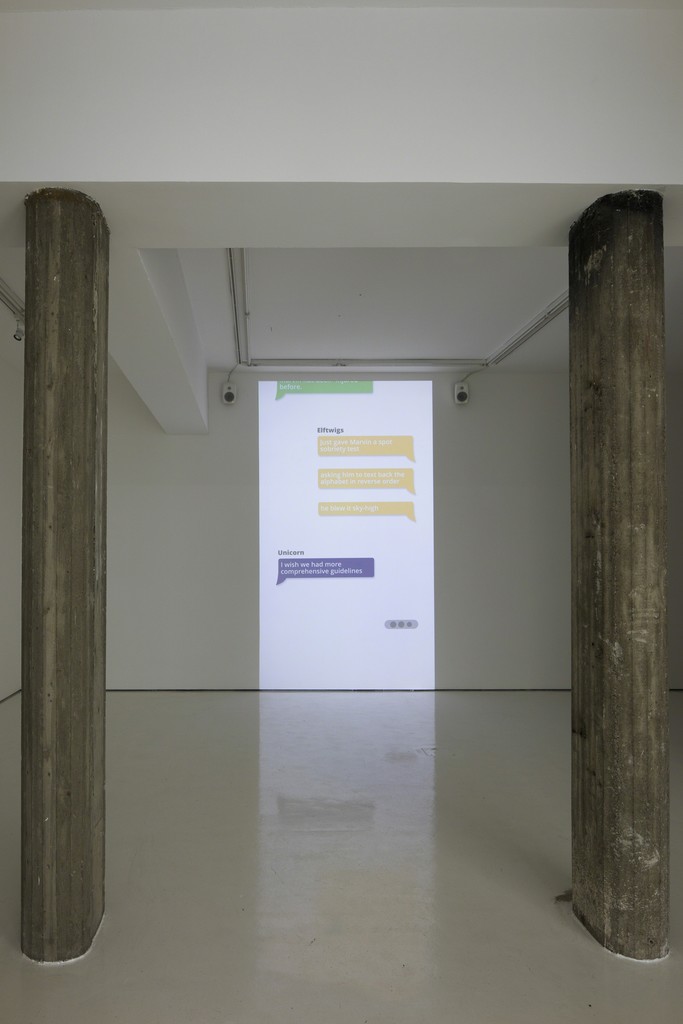 Invisible Friend is a free text message service for anyone who wants to have an anonymous, personal conversation with someone who will always reply. You simply send a text to the Invisible Friend phone number and a writer on call will text you back. You lead the conversation, and a dedicated group of writers work collectively to give you their full attention. They don’t know who you are or what your phone number is, and the details of your private conversation will remain between you and the writers. The service runs from 16 November 2015 until 10 January 2016, with writers on call daily from 8am until 2am.

Text messaging as a medium is conversational and intimate, but it can also be completely anonymous and private. The simplicity of the text message leaves maximum space for imagination, and the potential for a real-time response makes it alive and immediate. Each Invisible Friend is created in the mind of the user with the support of a team of writers. The writers enter the conversations without any agenda of their own, and their improvised replies are based upon the user’s input. Invisible Friend fosters an intuitive form of thinking that doesn’t require an ultimate goal, a problem that must be solved, or a specific structure. The user does not have to name a purpose for the conversation or please or impress anyone. All they have to do is text whatever they want, and continue for as long as they want to.

The idea for Invisible Friend came from Takala’s experience in working at a text message service in the US, where the users pay for having a pretend girlfriend or boyfriend texting them. Takala was fascinated by the potential in the fictional space created in the text message exchange, but like many of the other workers, she was frustrated by the inconsistencies and lack of quality in the existing service. The video at the back of the gallery is based on conversations on a discussion forum between the writers working at this US service, trying to figure out together how to be an invisible partner.

Invisible Friend takes Pilvi Takala’s performative and narrative practice to a completely new territory, where each user’s story is unique and personal. It is presented in the context of a gallery exhibition at Helsinki Contemporary. This exhibition is her first solo show at Helsinki Contemporary and the first solo to be exhibited in Helsinki since 2009. Invisible Friend does not take place in the physical gallery space, but it reaches out from the space.