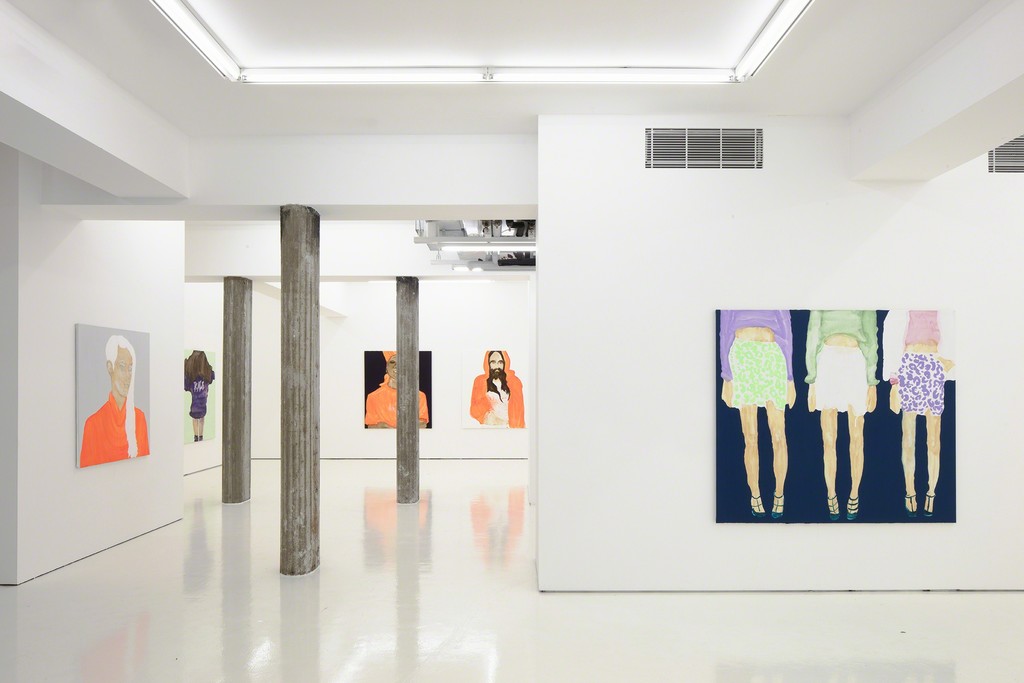 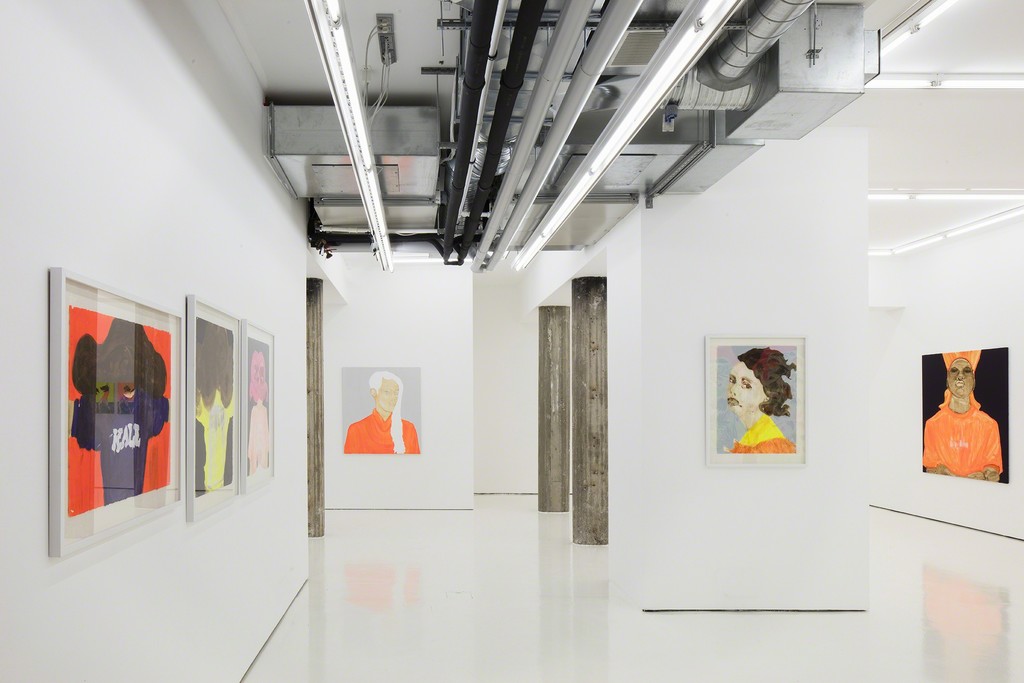 “When Beyoncé sings Girls run the world, I want to believe it blindly.”

When the artist Rauha Mäkilä’s first daughter was born, her own personal peace and happiness suddenly constituted what felt like an irreconcilable contrast with the chaos and cruelty that govern the planet. She found immersion in the world and imagery of popular culture soothing, while, conversely, it also made everything feel even more grotesque and sad.

Mäkilä initially applied her artistic process to works on paper, before switching to paintings. She chose as one of her subjects Beyoncé’s 7/11 music video, in which one of the world’s most popular pop stars calculatedly appears as quite an ordinary girl. The compulsive repetition of the theme also serves as a catalyst for the whole process; how are we to get anywhere when making art suddenly feels like an inadequate contribution in a world that seems to offer no consolation. According to Mäkilä, painting a less onerous reality, nevertheless, makes it possible to attain a momentary equilibrium amid the contradictions between the extremes of the world.

The works in the Harmony exhibition can also be compared to Henri Matisse’s large still lifes with flowers made in reaction to the horrors of the Second World War: beauty against cruelty, art against pitilessness.

“For me, some of the figures in the new paintings are like lumps of meat hanging in a slaughterhouse. Fortunately, other people can see them as dancing figures or as girls doing gymnastics. While, on the other hand, I have compulsively and obsessively cloaked them in pastel shades or in Guantanamo-orange prison colours.”

Mäkilä listens to music while she paints. “I try to paint the wonderful bubble that music creates in my mind. At the same time, I am afraid some terrorist organization or rocket will burst that bubble once and for all.”

Rauha Mäkilä (b. 1980, Helsinki) graduated from the Academy of Fine Arts in 2007, since when, her works have appeared in numerous solo and collective exhibitions in Finland and abroad, including: the Munch Gallery, New York, 2011; Museum of Contemporary Art Kiasma, Helsinki, 2012; and Amos Anderson Art Museum, Helsinki, 2012. Her works are in major collections in Finland, e.g. the Saastamoinen Foundation, Wihuri Foundation, and Museum of Contemporary Art Kiasma. Mäkilä’s works were last seen at Helsinki Contemporary in August 2012. She is due to participate in the collective exhibition, Dark Days, Bright Nights. Contemporary Painting from Finland, opening at the Kemper Museum of Contemporary Art in Kansas City, USA, in October 2015. Currently, she is also chair of the jury for the Young Artists 2015 exhibition to be shown at Kunsthalle Helsinki at the end of the year.

A special thank you to the Oskar Öflund Foundation and Arts Promotion Centre Finland for supporting the artist’s work.