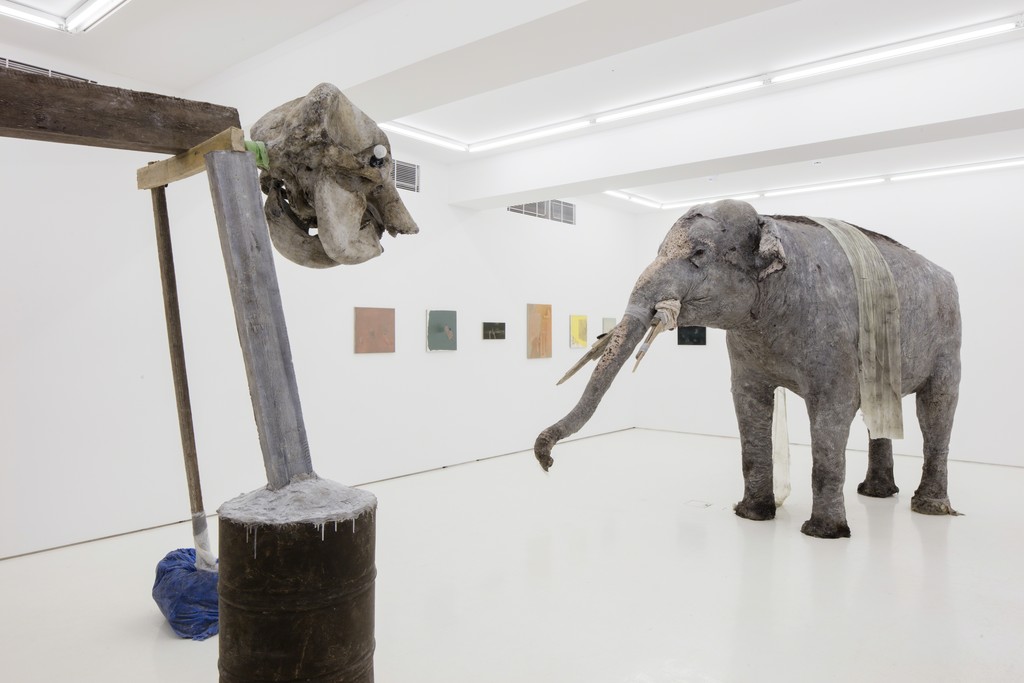 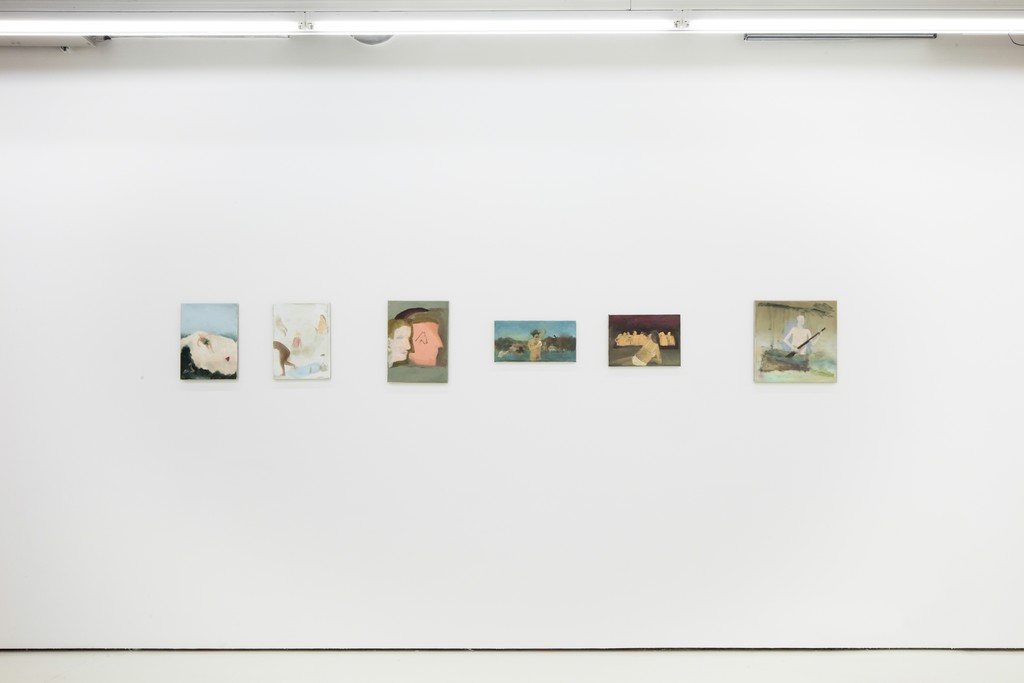 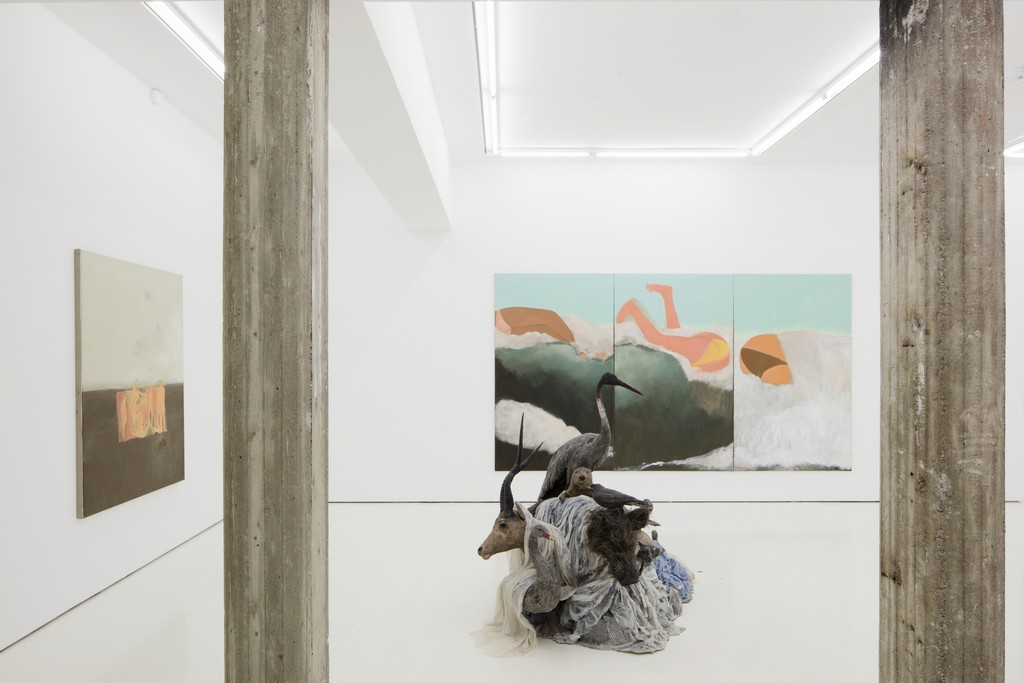 Helsinki Contemporary is pleased to present Animal Farm, a joint exhibition by the artist Roland Persson from Stockholm and Marlon Wobst, who lives and works in Berlin. The curious atmosphere of the exhibition will fill the gallery September 30–October 23. On display will be sculptures, drawings and paintings by these two strikingly different artists. Despite their different media and choices of materials, Persson and Wobst share an attraction to everyday life with all its ups and downs.

Romping around the Gallery in Animal Farm are creatures characteristic of Persson’s sculptures – cast-silicone animals made from actual stuffed animals, that the artist gets from auctions, natural- history museums and veterinary schools. Many of us still remember his exhibition with Andreas Eriksson at the Amos Anderson Art Museum in 2012. Now, the life-size elephant standing in the Gallery in Hope and Glory looks mistreated, with splintered wood where its tusks should be. This sculpture is joined by a counterpart, which has literally been turned inside out.

“I wanted to destroy something beautiful,” is how Persson describes the way he plays with the public’s expectations and questions our romanticized view of wild nature and animals. When looking at the sculpture Panama Papers, it is not clear whether the wild animals wrapped in plastic and rags are imprisoned in some messy situation or are seeking safety in each other. Persson uses antitheses as a strategy in his artistic working process: “something that at first looks brutal, but which after a while starts exuding peace and kindness, and vice versa.”

When seen alongside Persson’s works, Marlon Wobst’s paintings, now being shown for the first time in Finland, are less extreme and eye-catching. Wobst’s work is inspired by everyday moments and the people he sees around him. His mainly small-format paintings look at their subject matter from afar, and it is easy for viewers to identify with the events in them – whether it be a beer among friends, or idling beside the sea or in a skate park.

We can recognize familiar features in these anonymous figures, such as bumping into an old friend. In these works we see subtle hints at a story, which then carries on in the viewer’s imagination: “I paint stuff […] everyday stuff, dreams and wishes that are accessible and possible for anyone, and which I myself like: people, beaches, beer. The paintings should be accessible for everyone, and the figures in them everybody’s imaginary friends,” Wobst says.

Roland Persson (b. 1963) is a Swedish artist who lives and works in Stockholm, and who is known for his painterly, surrealist silicone sculptures. Persson’s works have been seen widely in solo and group exhibitions in the Nordic countries and Europe, but also in Russia and Asia. In Finland his works were shown in a joint exhibition with Andreas Eriksson at the Amos Anderson Art Museum in 2012. Persson graduated from Umeå Academy of Fine Arts in 1993. He has made numerous public artworks in Sweden, for instance, Untitled in Umedalen Sculpture Park.

Marlon Wobst (b. 1980) is a German artist born in Wiesbaden, who lives and works in Berlin. In his paintings ordinary-seeming subjects always take on a humorous slant. Wobst has studied at the Berlin University of the Arts, UdK, from where he graduated in 2011 under the guidance of the Finnish artist, Professor of Painting Robert Lucander. Wobst has taken part in solo and group exhibitions in Europe, Brazil and the USA. This exhibition at Helsinki Contemporary is his debut in Finland. His latest solo shows include Galerie Maria Lund in Paris, Kunsthal Charlottenborg and Galleri KANT in Copenhagen, and Schwarz Contemporary in Berlin.