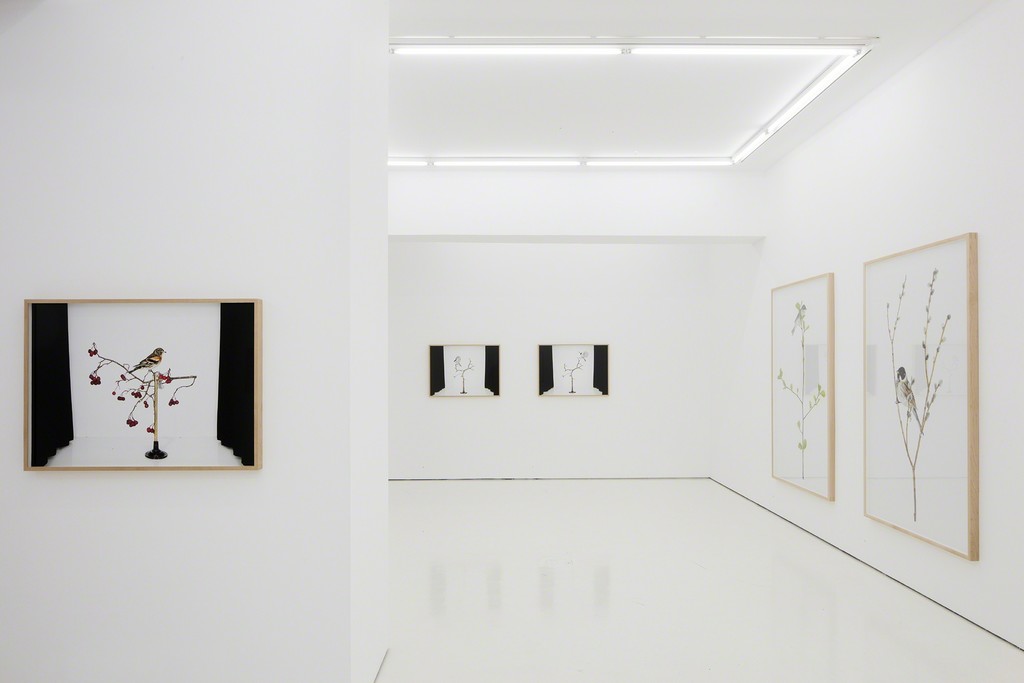 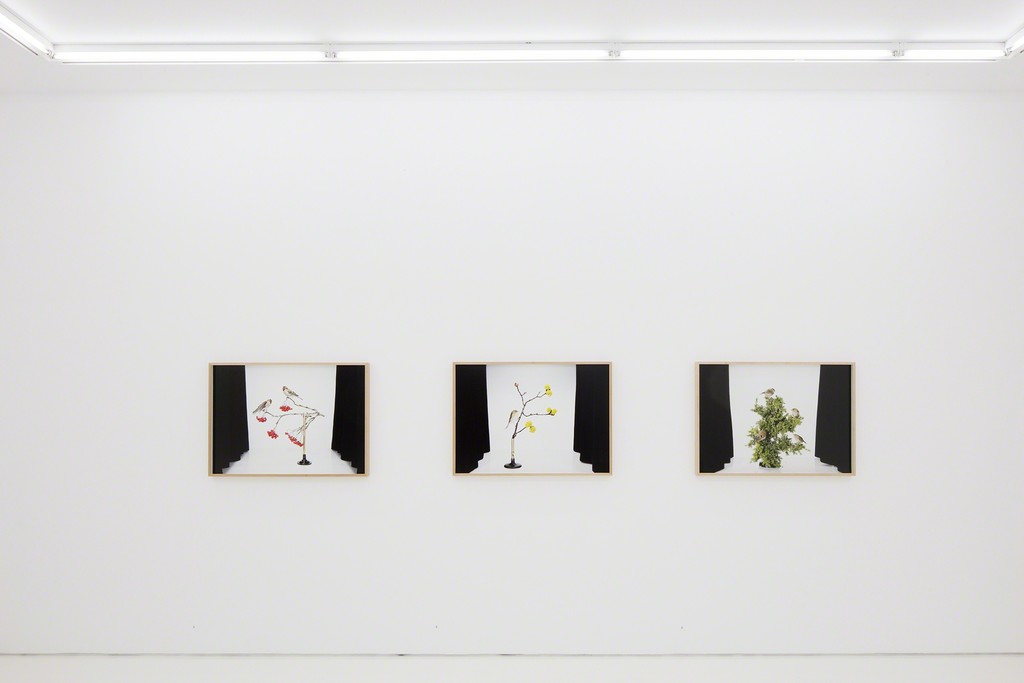 In Sanna Kannisto’s new works the vividness and profusion of the colours of the tropics have been replaced by something much more commonplace and familiar: the subjects of her pictures are Finnish birds and landscapes.

“The photographer's studio is wherever he or she chooses to work. I worked on this series in a nature reserve in the outer Hankoniemi archipelago. I am surprised at the everyday beauty of Finnish birds, by their subtle shades of greys and browns, and by their bright colours and the myriad of small details. The moment that I get to spend with each bird being photographed is magical.”

Sanna Kannisto’s photographs are linked to the tradition of staged photography and to the still life tradition in visual art. She constructs her pictures carefully within a studio. The birds appear to be perfectly positioned on their branches, the lighting is deliberate, and the arrangement of the details in each picture, such as the plants, branches and supports, has been carefully considered. The birds have a sculptural aspect in the studio, where their motion is suspended against a white background or where they perch as one element of the artist’s still life arrangement. The pictures do not, however, attempt to mimic the natural, rather, the process has been left visible: we can see cut marks in the plants; they have been combined with cable ties; branches are left to float in emptiness; and parts of the studio structures itself may be visible. The birds’ movements and their own volition disrupt this planned quality and bring an element of chance into the pictures. The images are a mixture of theatrical display and the documentary nature of the photographs.

Kannisto collaborates closely with naturalists, using her pictures to contemplate the interfaces between art and science. She investigates not only the characteristics of the different species, but also the codes of scientific visualization. Her own position as an agent and researcher, and her experience, are also under scrutiny. The photographic studio serves both as a laboratory and as the stage around which the photographic process is performed.

The birds depicted are migratory, and have been ringed at the Hanko Bird Observatory as a part of research for the Finnish Museum of Natural History. The title Local Vernacular means local language or dialect. It refers to the birdsong, or “language”, and to the fact that these are migratory birds, each of which has some territory or or area of its own. It can also be understood to refer to the switch of the artist’s own photographic environment from the tropics to Finland.

A special thank you to the Finnish Cultural Foundation and to the Arts Promotion Centre Finland for supporting the artist’s work.