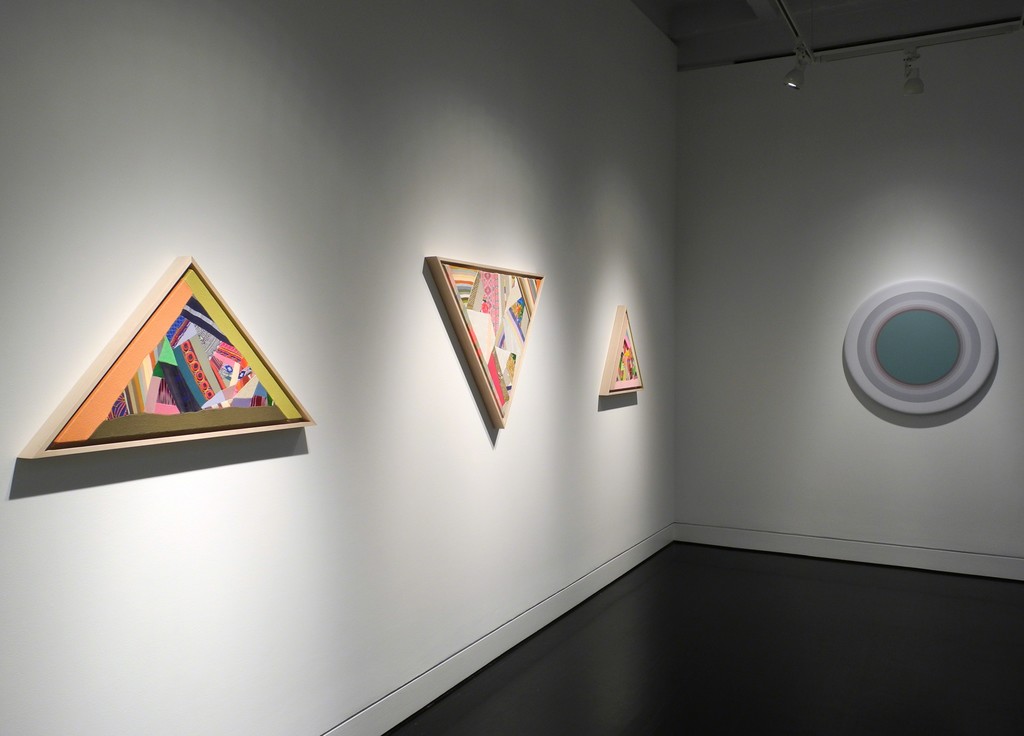 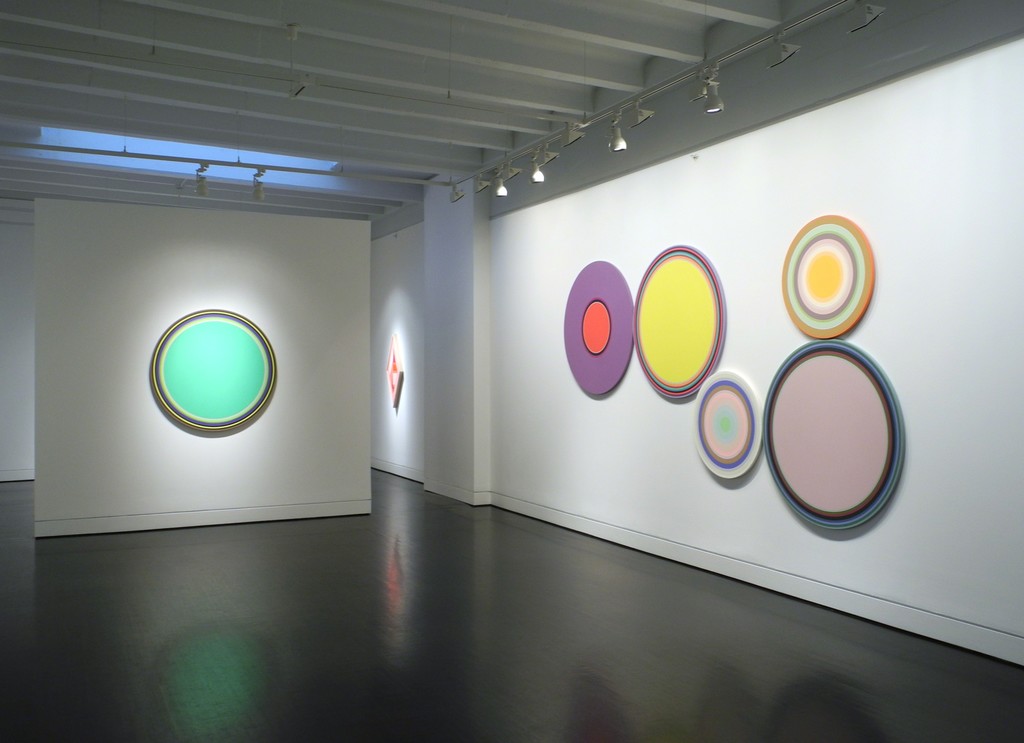 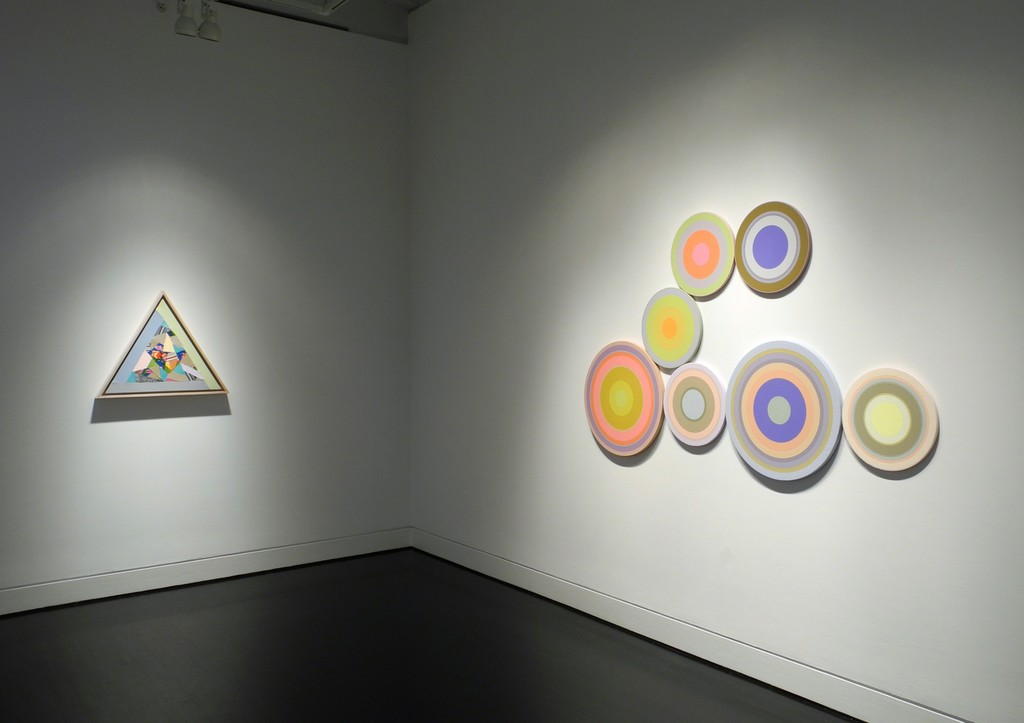 In the 20th century Western artistic quest to achieve abstraction, one can sense an aspiration to reach the wordless purity of non-representation. This wordlessness was rarely achieved because of the artist’s need to remind the viewer of his or her presence, nor was the work ever fully free of metaphor or symbolism.

From this legacy enters Linling Lu. However, Lu’s expectations are markedly different from those of late 20th century Western abstract painters. Lu is not predisposed to see art as an extension of ego and not caught up by the calling of self-expression. Paintings from her series titled, “One Hundred Melodies of Solitude,” have been compared to the work of artists of the Washington Color School and color field painters of the 1960s and 1970s. Where color field painting was aggressive in relation to the architectural setting, Lu’s circle paintings lure the viewer away from the space in which the work is displayed and into an internal timeless meditative experience.

The series “One Hundred Melodies of Solitude” is juxtaposed by Lu’s irregularly shaped canvasses stitched together from found fabrics and painted elements. In these sewn works, she counters the internal meditative nature of her circle paintings by inviting the viewer into purposeful and worldly interactions. The fabric works are “of this world,” often shield-like in form, and architecturally aggressive. By re-purposing and joining together fabric remnants from various walks of life, Lu reports positively on a contemporary reality—the uninhibited mixing of individual cultures and histories.

In both types of work, Lu avoids commercial tendencies such as self-identification and self-branding that narrowed late 20th century abstract painting and often introduce doubt in so much of today’s contemporary art. This is not to say the work is impersonal to Lu. Rather, her approach to art making is touchingly sensitive, so much so that the work is as much in service to the viewer as it is to the artist. Linling Lu was born in 1983 in Guizhou Province, China. In 2005 she received a bachelor’s degree in Landscape Architecture from Beijing Forestry University. Lu came to the United States in 2006 to attend Maryland Institute College of Art (MICA), Baltimore, MD, and received a BFA in painting in 2008. She was awarded an MFA scholarship at the Hoffberger School of Painting, MICA, which she completed in May of 2011.