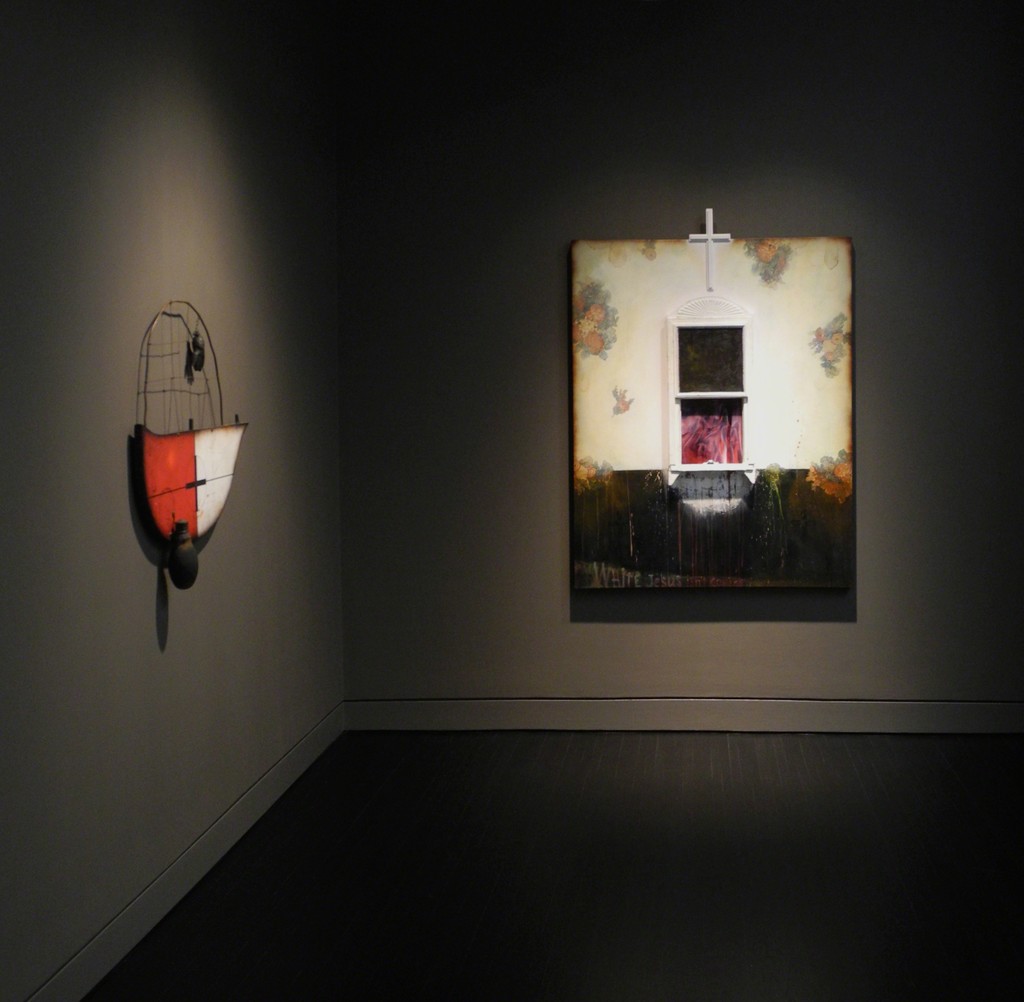 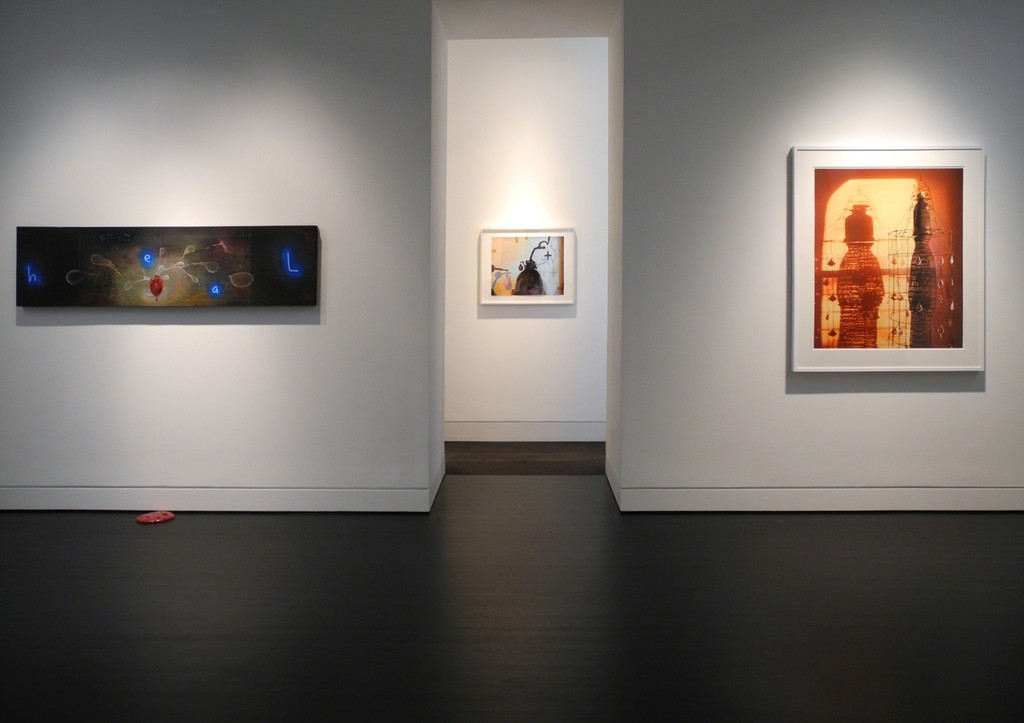 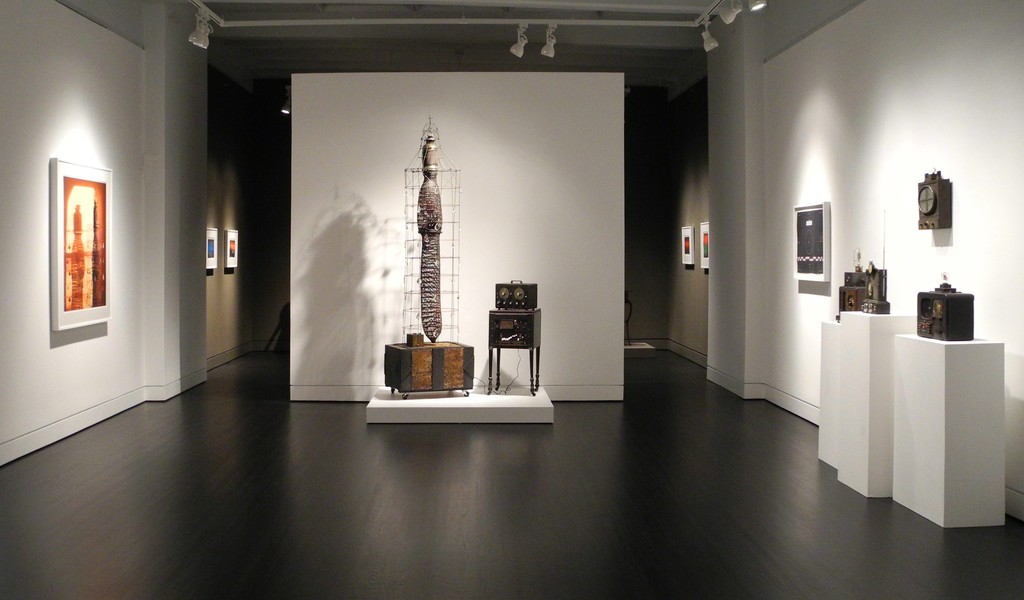 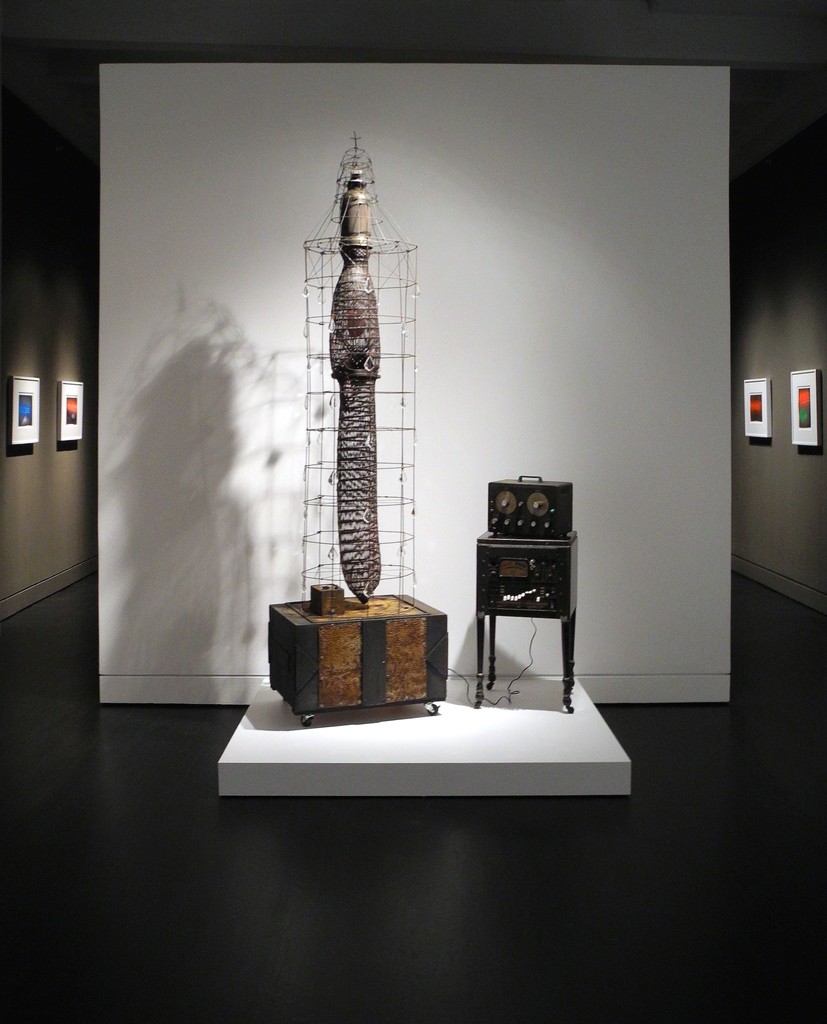 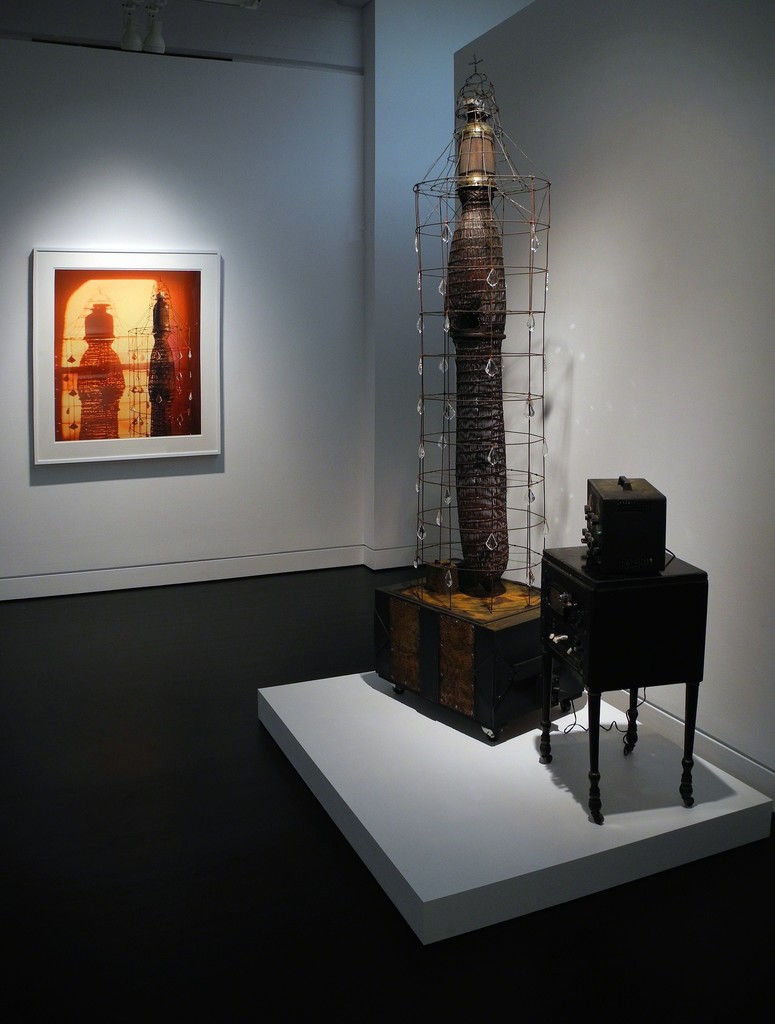 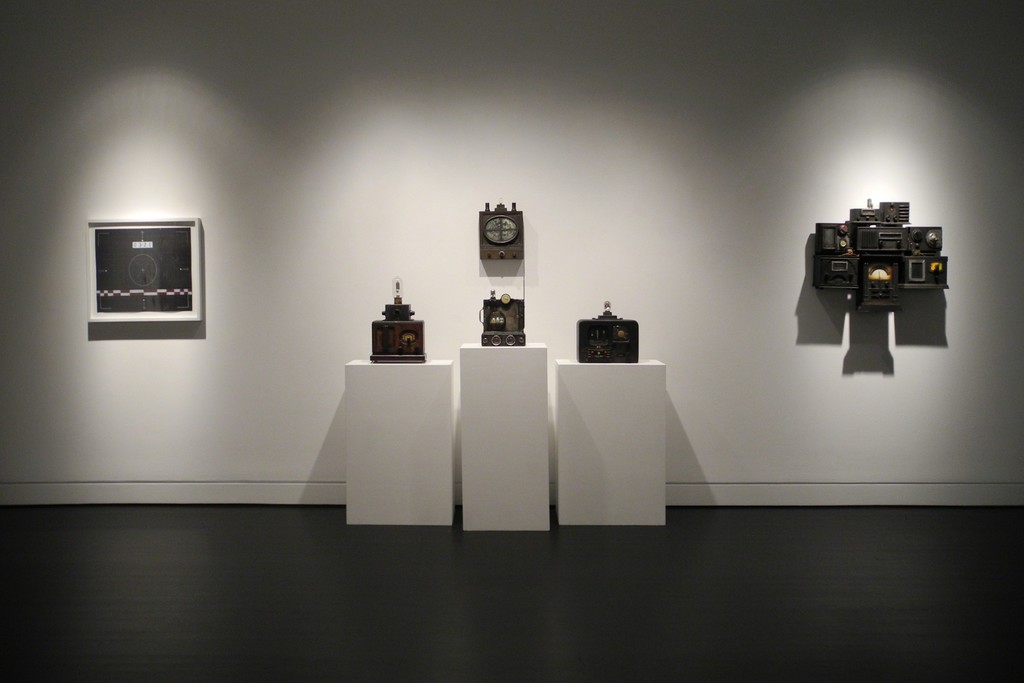 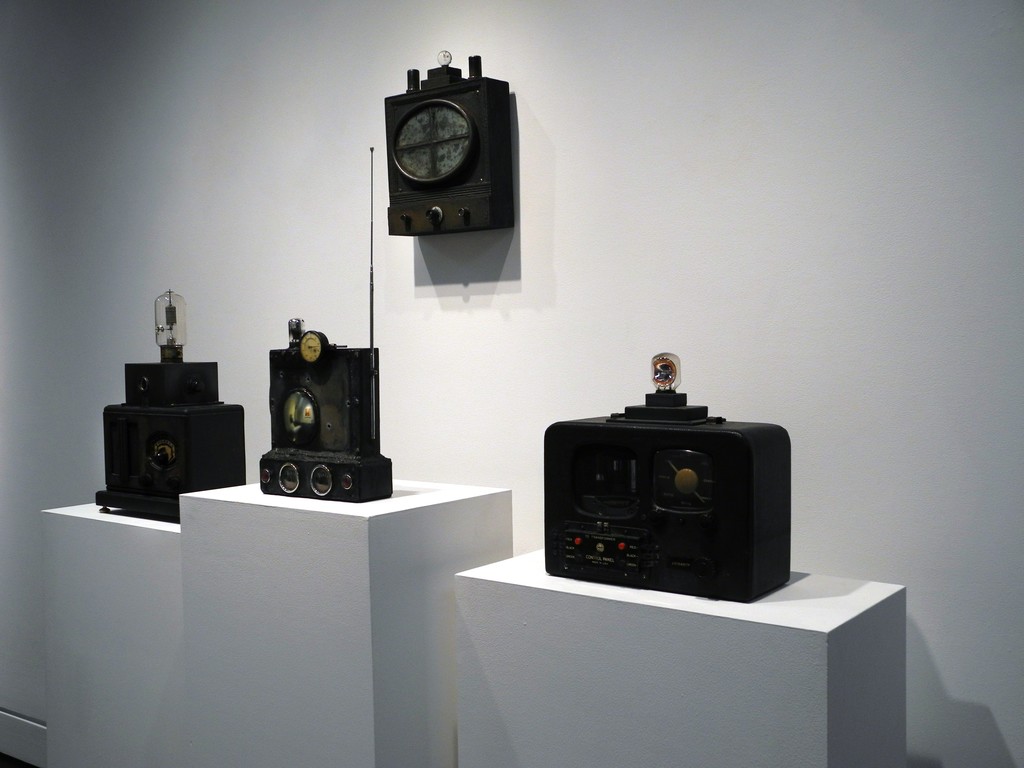 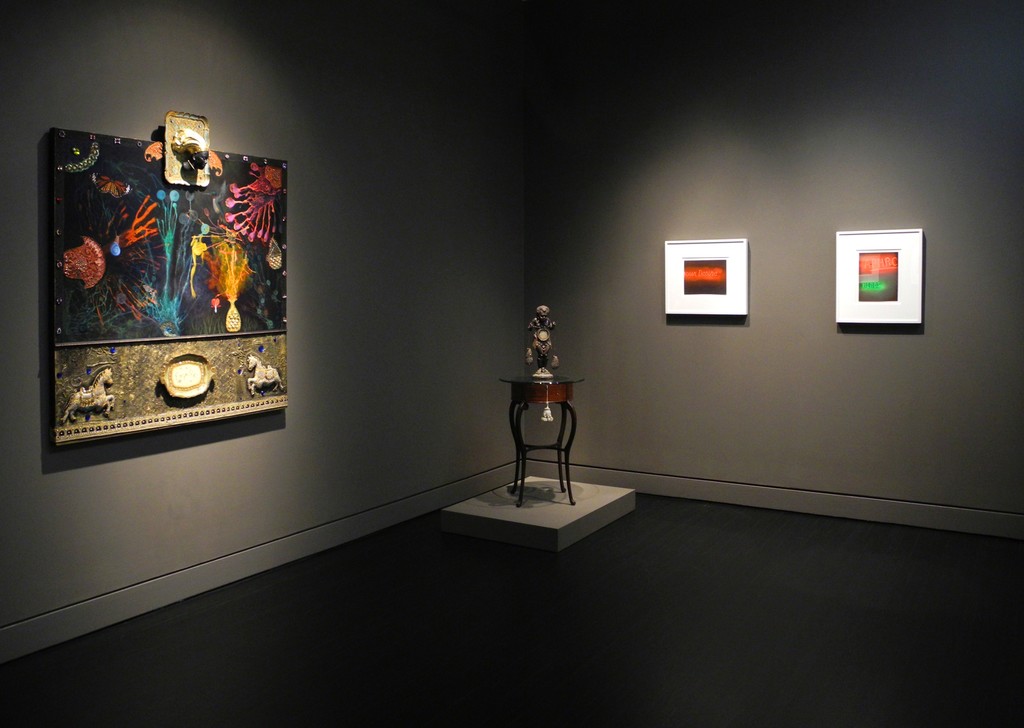 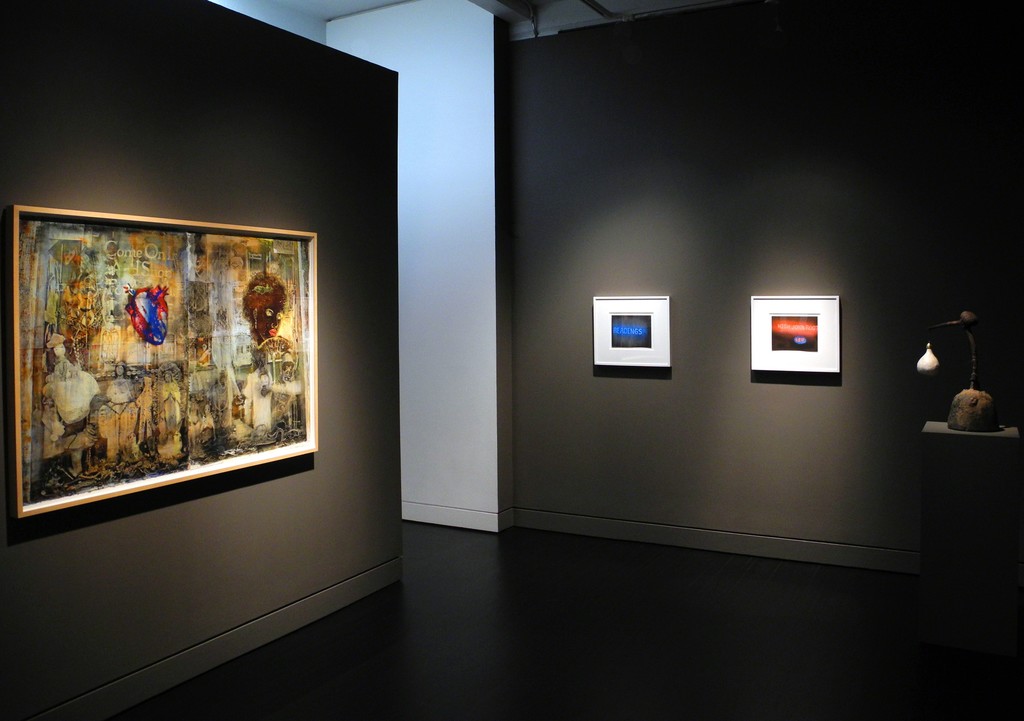 In her fifth solo exhibition at Hemphill, Stout addresses a progression of themes, first inviting the viewer into a “Room of Spirits” which sets the stage for there being a presence beyond the self. Stout then introduces devices designed as a mechanical means to transfer magic or captured energy from one source to another. The artist asks “do I have the ability, if I try hard enough, to tap into a universal energy that’s more enlightened?” Stout’s hand-built machines, utilizing wire, wood, paint, and a myriad of found items, are systems of the mind powered by spiritual energy. Stout urges the viewer to embrace and believe in the presence of spiritual energy, capably presenting the tools of her own creation through which it works.

Stout believes in the power of objects to transmit knowledge. In creating a lifelong body of work that serves as evidence of existence, she shows the unfolding story of a modern culture that embodies everything that came before. Her work draws power from the struggle of forces – political, religious, intellectual – present at this moment in history. As a society we are “At the Crossroads” embroiled in a storm of conflicting viewpoints, social and economic inequality, and political and religious conflict. We are presented with daily news of tragic killings, mass shootings, and the destruction of cultural and societal heritage. Stout faces this Wild World head on, responding to anguish with compassion and the desire to move forward. Always questioning – do you see me? do you see yourself? – Stout commands the viewer to examine their choices and conjure the consequences.

Renée Stout is a recipient of the Janet & Walter Sondheim Artscape Prize (2012), David C. Driskell Prize (2010), a Joan Mitchell Award (2005), The Pollock Krasner Foundation Award (1991 & 1999), the Anonymous Was a Woman Award (1999), and The Louis Comfort Tiffany Foundation Award (1993). Her work is included in such collections as The Afrika Museum, The Baltimore Museum of Art, The High Museum of Art, The Metropolitan Museum of Art, The National Gallery of Art, The San Francisco Museum of Fine Art, the Smithsonian American Art Museum, and the National Museum of African American History and Culture, among others. Stout is currently the subject of the traveling exhibition “Tales of the Conjure Woman,” originating at the Halsey Institute of Contemporary Art, College of Charleston, Charleston, SC in 2013. Venues for the traveling exhibition include Spelman College Museum, Atlanta GA, Wellin Museum of Art at Hamilton College, Clinton, NY (August 22 - December 20, 2015), The American University Museum at The Katzen Art Center, Washington,