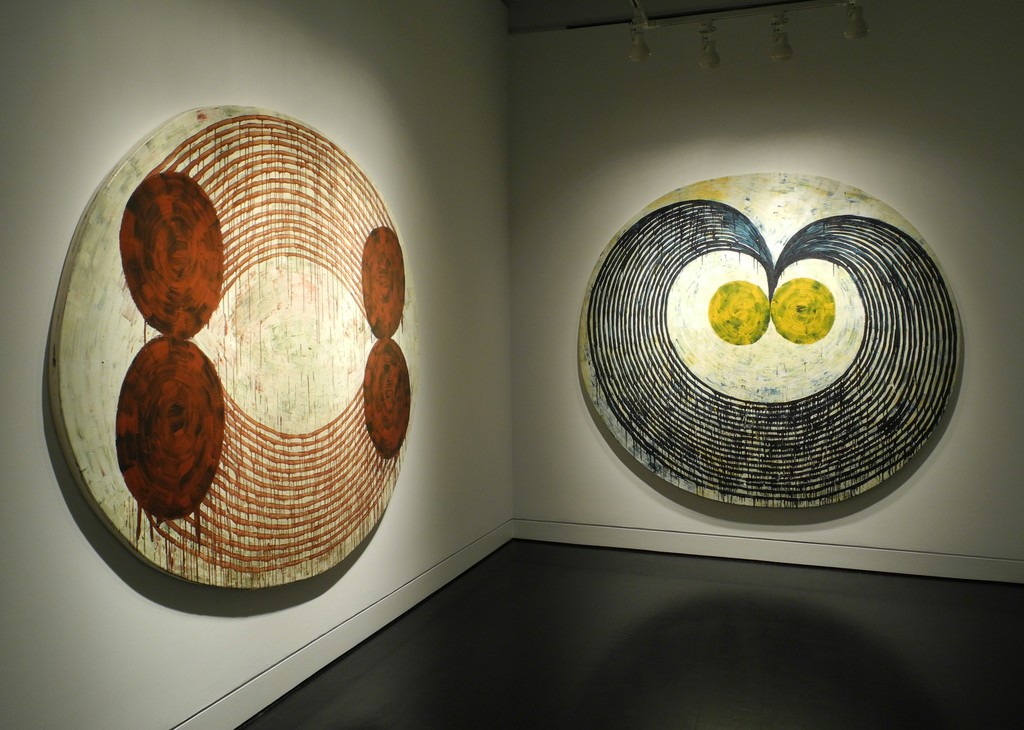 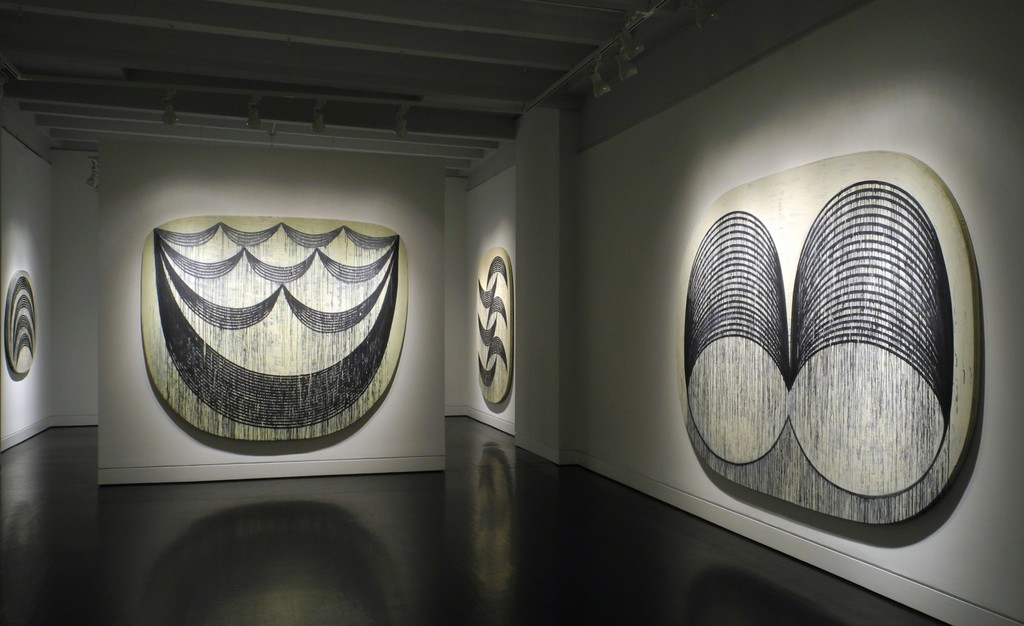 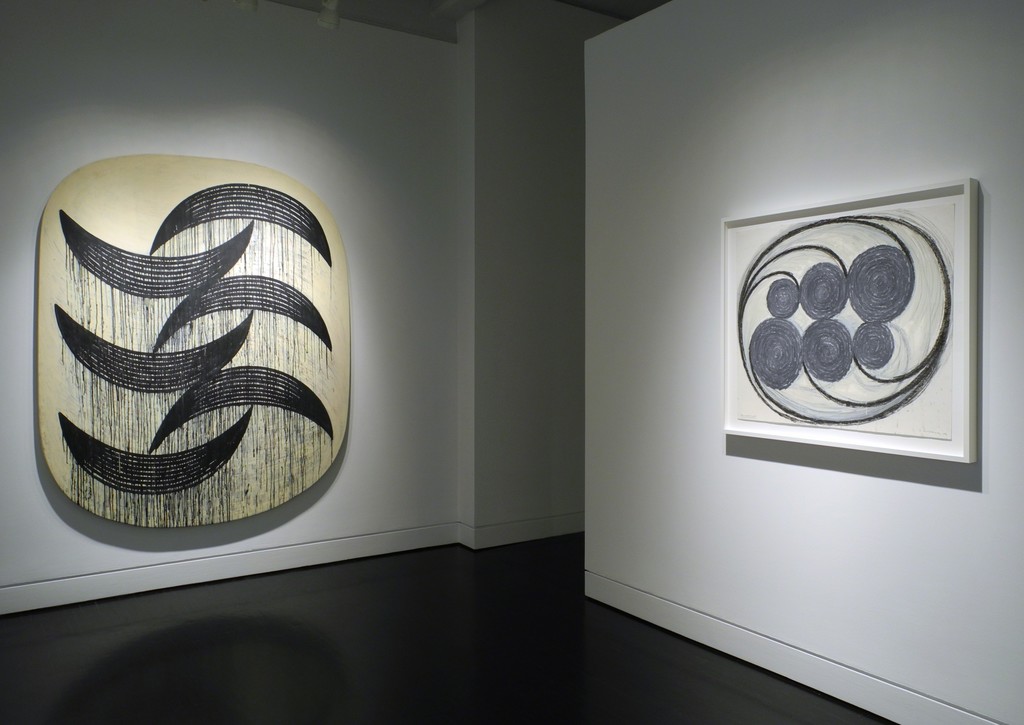 Steven Cushner: The Shaped Paintings, 1991-1993, revisits a body of work by an artist who has become one of Washington’s most successful and respected talents. Over an intense three-year period, Cushner forcefully limited himself to an abbreviated palette and a set of simplified organic and gestural elements derived from earlier work. He threw himself into the new work as a kind of athletic performance, beginning each painting on a large piece of unstretched canvas attached to a wall in his studio apartment at The Lafayette. As Cushner neared the finish line of each piece it became clear to him that the work could not be contained by a traditional rectilinear format and that the imagery naturally dictated the perimeters of the paintings. Consciously or unconsciously, Cushner was blending two practices of abstract painting: painting as performance, pioneered by de Kooning and Pollock, and structure predicating imagery, exemplified in the approaches of Stella, Davis, and Downing.

Cushner’s paintings are distinguished from those of his predecessors for their semaphoric imagery rather than typical abstractions. Like a smile, both representational and abstract, the work communicates visual information that is collectively understood. By displaying and thus demonstrating his effort and energy through brushwork and drips, the shaped paintings project a sense of “why” they look the way they do. The visual and conceptual strength of the work is impossible to deny.

When the shaped paintings were first shown, the reception was not warm. In the mid 1990s the paintings were removed from their stretchers, rolled and stored. After 1993 Cushner began a long exploration of his imagery and painting process, coupled with the development of a lively palette. Since then he has primarily worked within a rectilinear format, achieving great success and a remarkable following. A year ago Cushner pulled the shaped paintings from storage, had the shape of each work inscribed and the irregular stretchers fabricated. Although not fully comprehended at the time of their creation, the shaped paintings can now be appreciated for their outstanding and distinguishing qualities.

HEMPHILL is thrilled to enter its 20th year in 2013. The return to Cushner’s shaped paintings is a timely opportunity to show a seminal body of work and celebrate an enduring and rewarding relationship between the gallery and this great artist. To celebrate the 20th year of the gallery and Steven Cushner’s exhibition of shaped paintings, we have scheduled a series of events: a public opening reception, Art Talks, and social and musical evenings. Watch for future announcements with dates and times.Steven Cushner is a graduate of the Rhode Island School of Design and received his Master of Fine Arts in painting from the University of Maryland in 1980. His work is included in numerous private and public collections, including the Hirshhorn Museum and Sculpture Garden, Washington, DC, the Corcoran Gallery of Art, Washington, DC, and the Yale University Art Gallery, New Haven, CT.