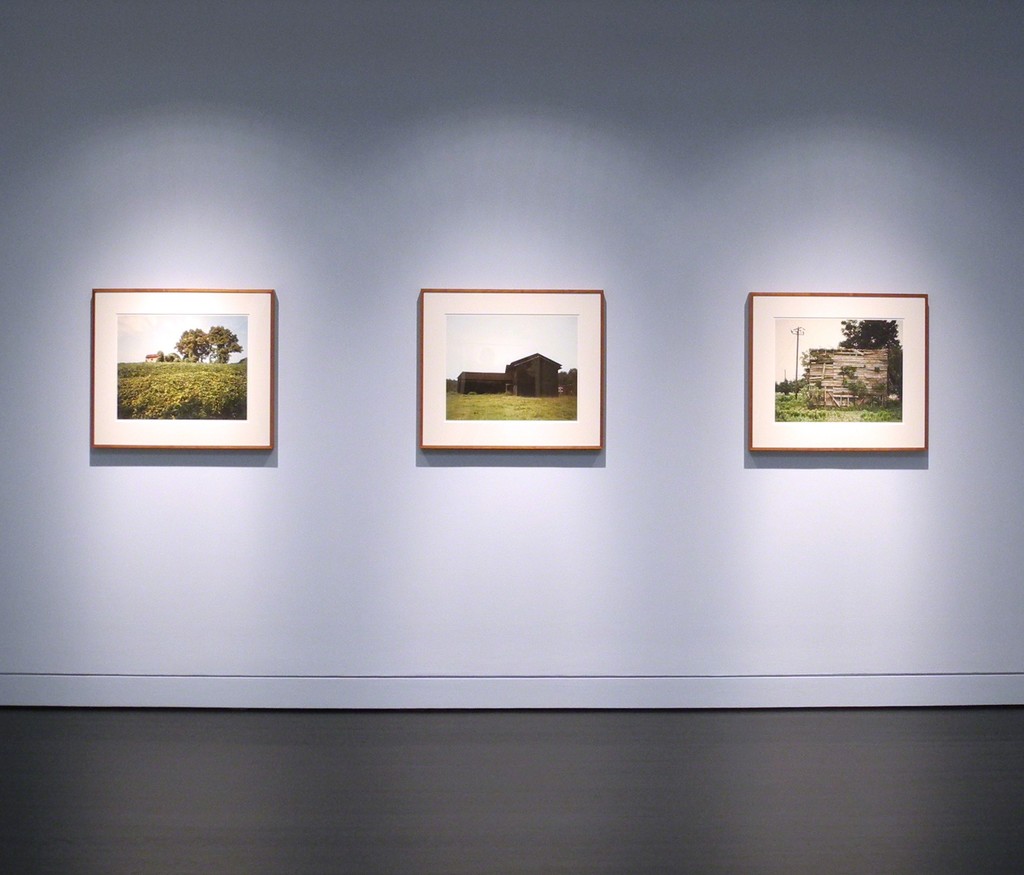 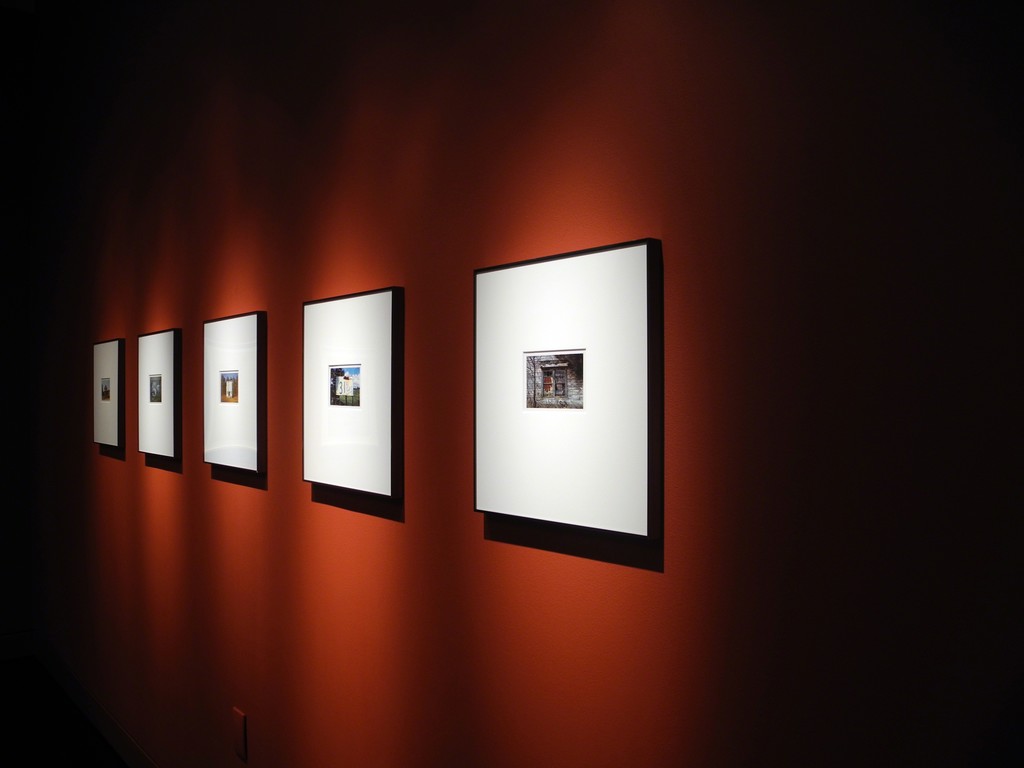 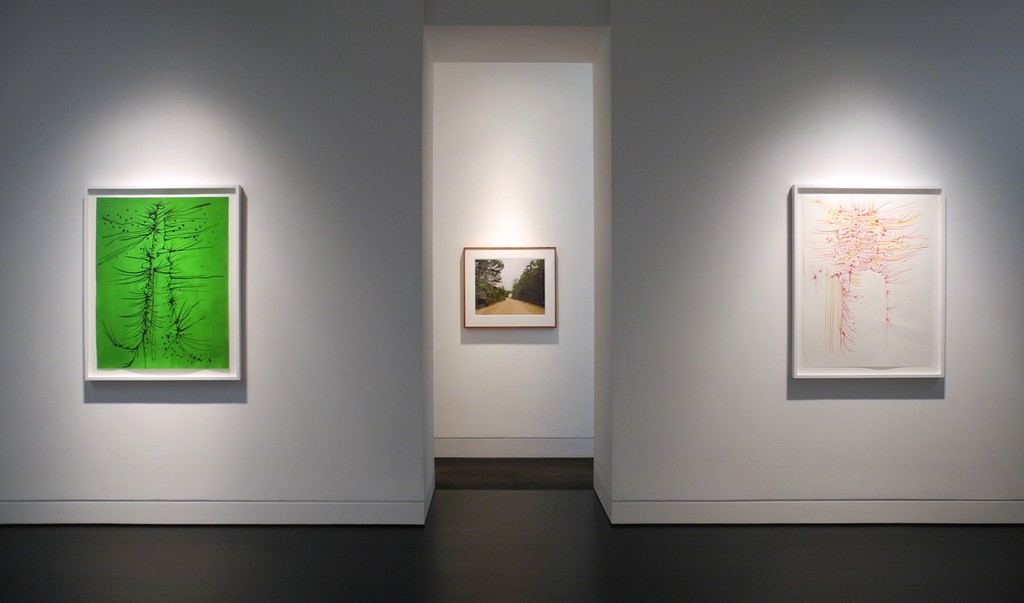 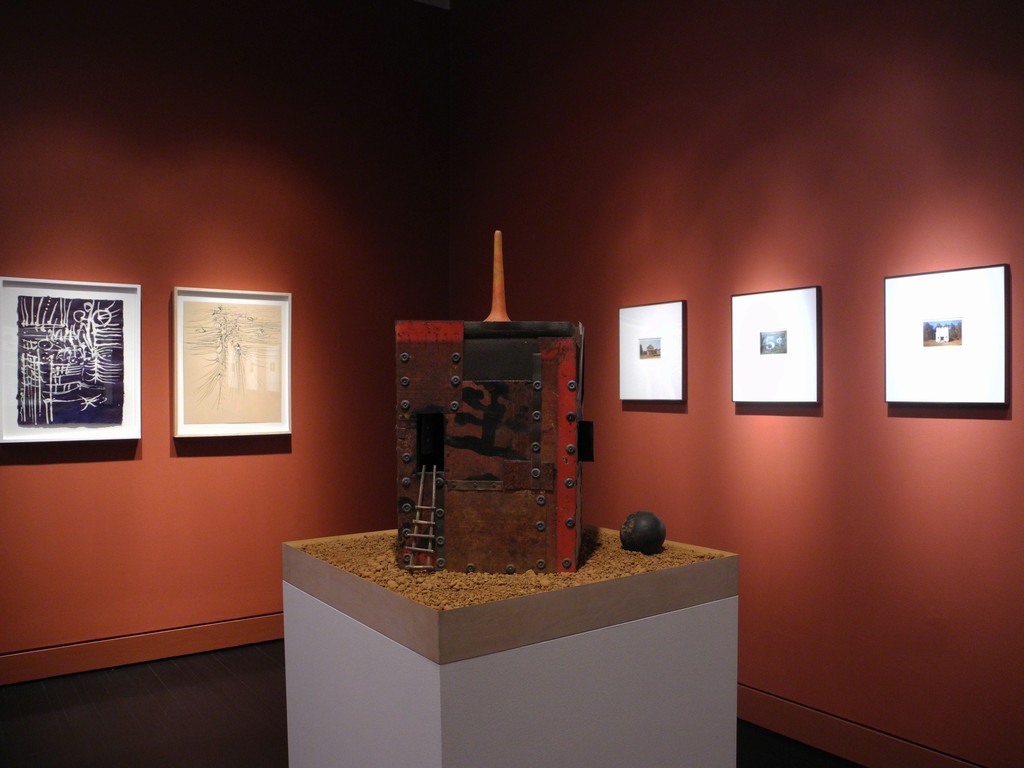 Year after year, William Christenberry has returned to the vast rural landscape of Alabama to document talismans of a culture profoundly stitched into his being. He photographed crumbling buildings left abandoned and consumed by kudzu, or crude dirt graves adorned with flowers made of old egg cartons, as only a native could. It is tempting to simplify this as sentimentality on his part; the prodigal son comes home to wallow in his past, steeped in a bathtub of decay. One must not succumb to this notion, but should instead become aware of Christenberry’s reverence for the grace of imperfection. His images capture the symbols of the inconstant South, all evolving from or dissolving into resplendent nothingness.

The irony of this impermanence is that Christenberry’s work, like kudzu, isn’t going anywhere. His work is woven into the fabric of Southern identity, and in a larger sense, human identity. The works in this exhibition are united in their triumphs; photographs, works on paper, objects and recent unique silkscreens are the pinnacles of his recollection of past experiences. Each captures a story and incites the collective dream of returning home. Home, where one can be perfectly flawed, because one cannot be any other way.

The work of William Christenberry (American, b.1936) is held in the collections of The Birmingham Museum of Art, The J. Paul Getty Museum, The Hirshhorn Museum, The Menil Collection, The Museum of Modern Art, The Phillips Collection, The Smithsonian American Art Museum, The Stedelijk Museum, The Yale University Art Gallery, and others. Upcoming museum exhibitions include Tracing a Line, a survey of works on paper at the Montgomery Museum of Fine Arts, Montgomery, AL in September 2015.