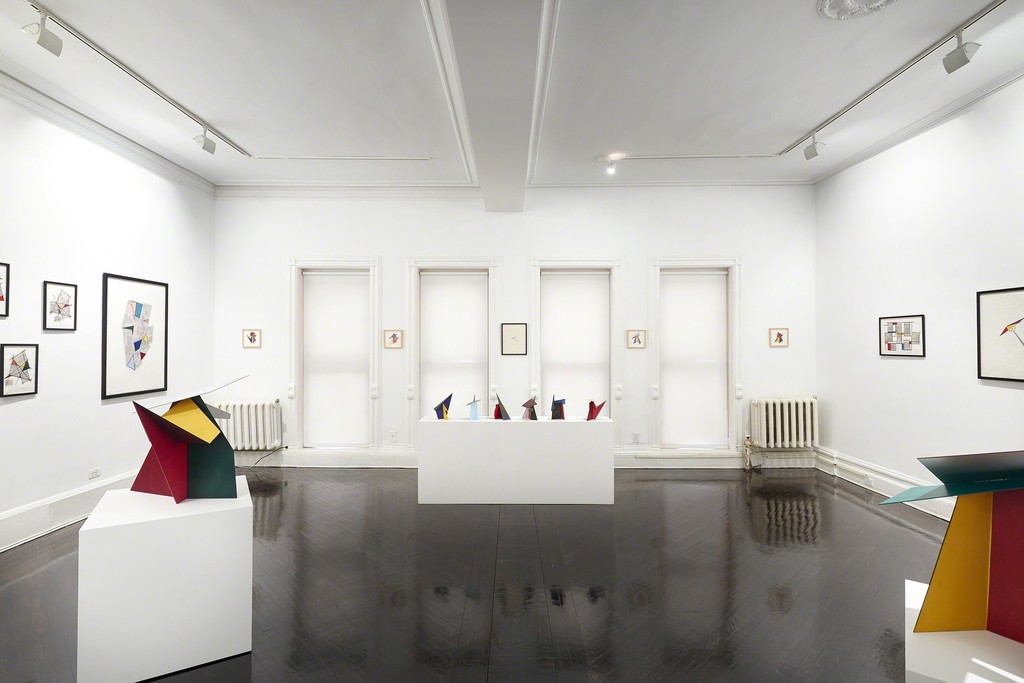 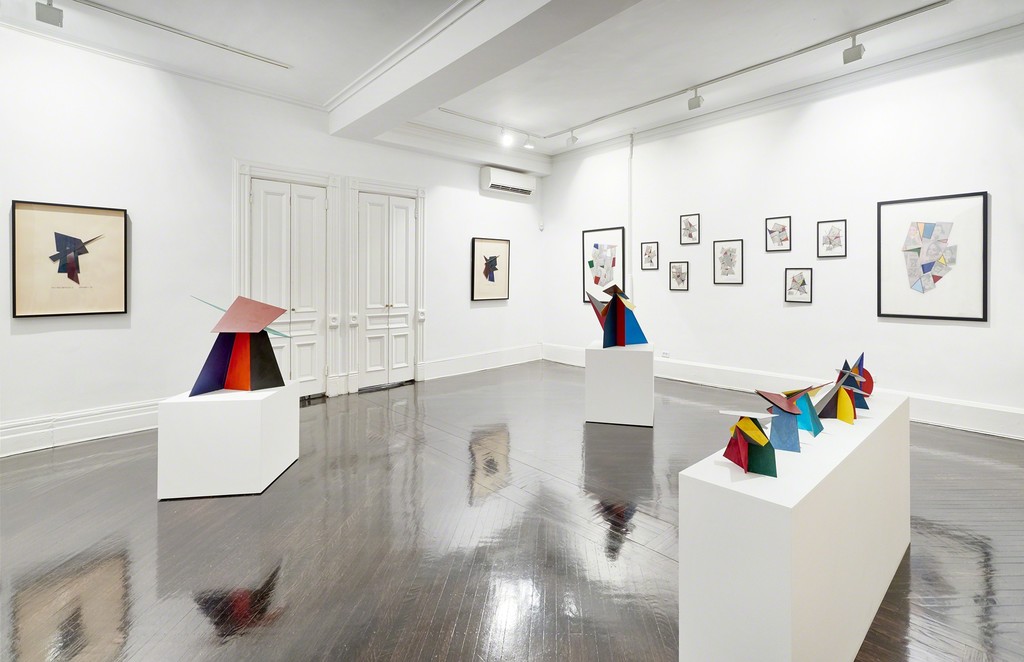 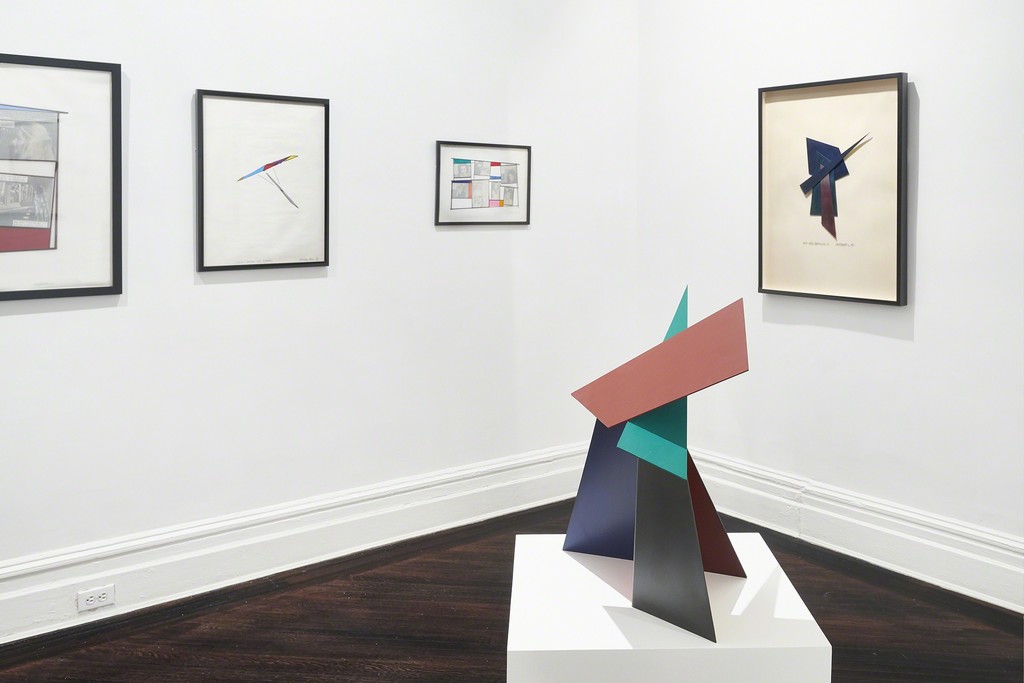 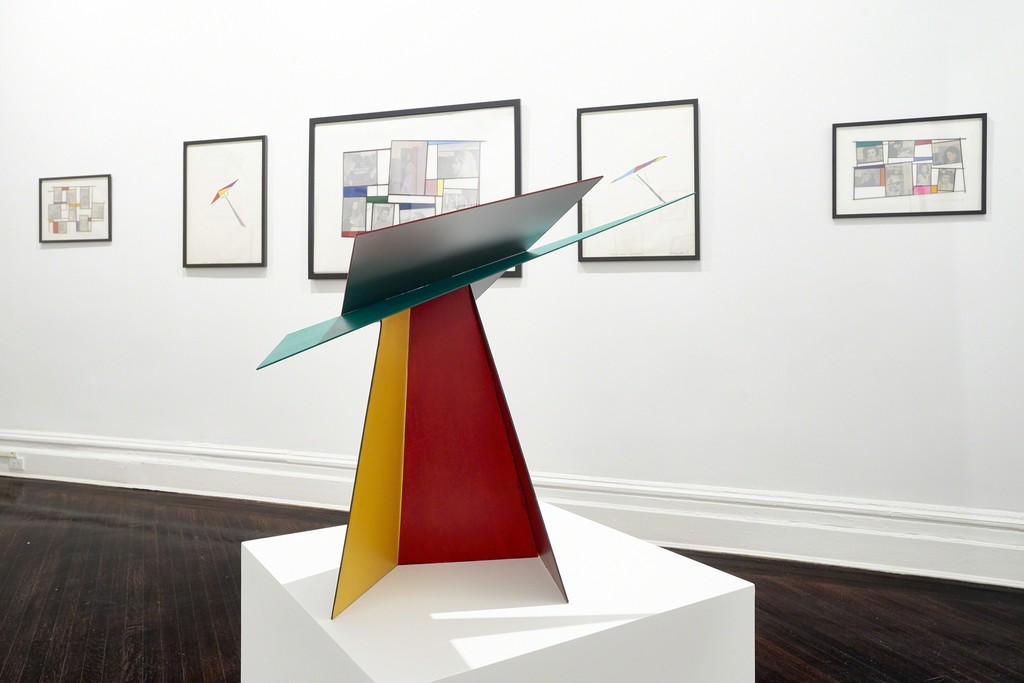 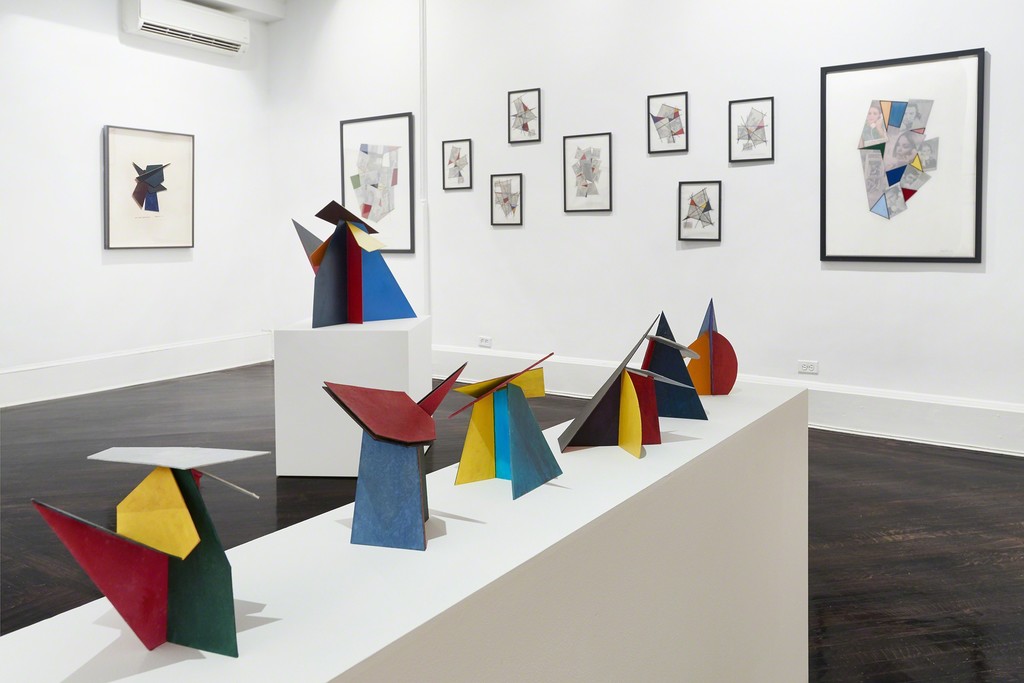 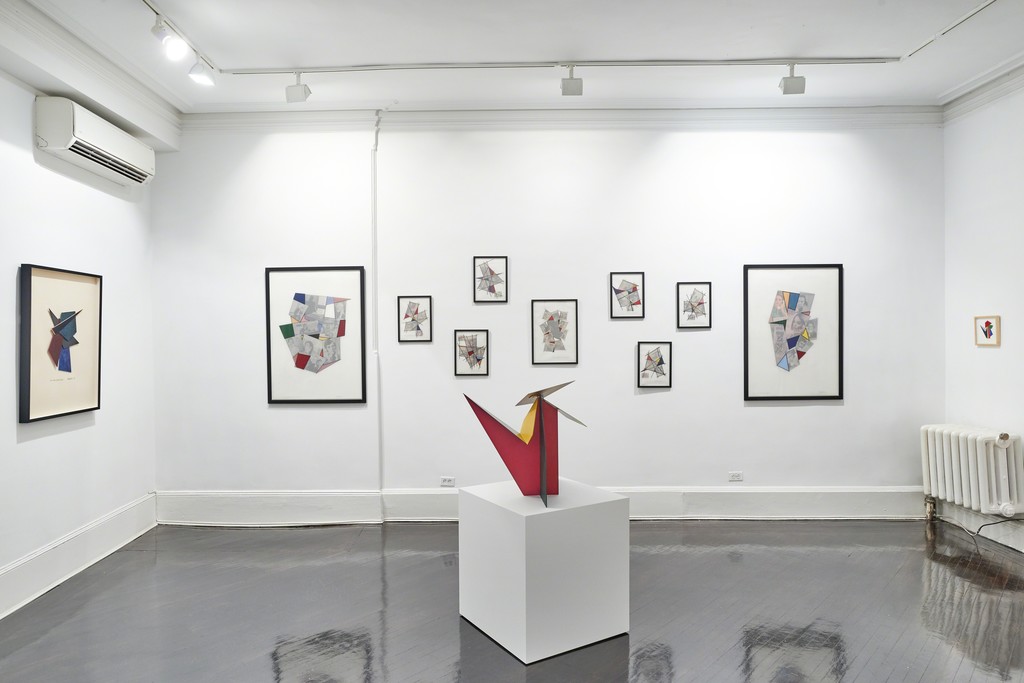 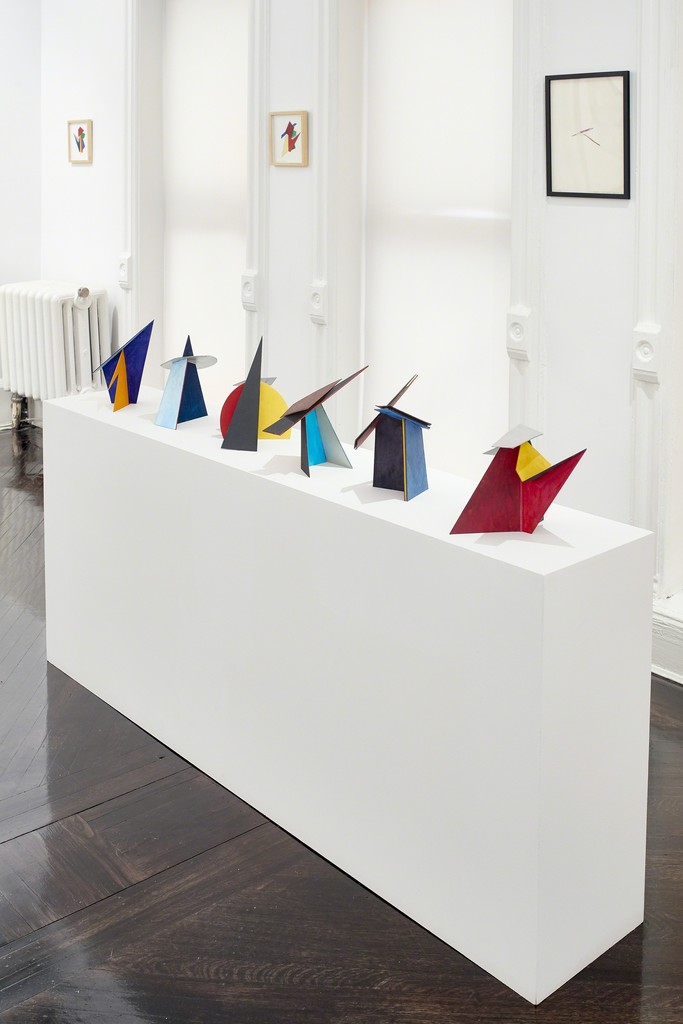 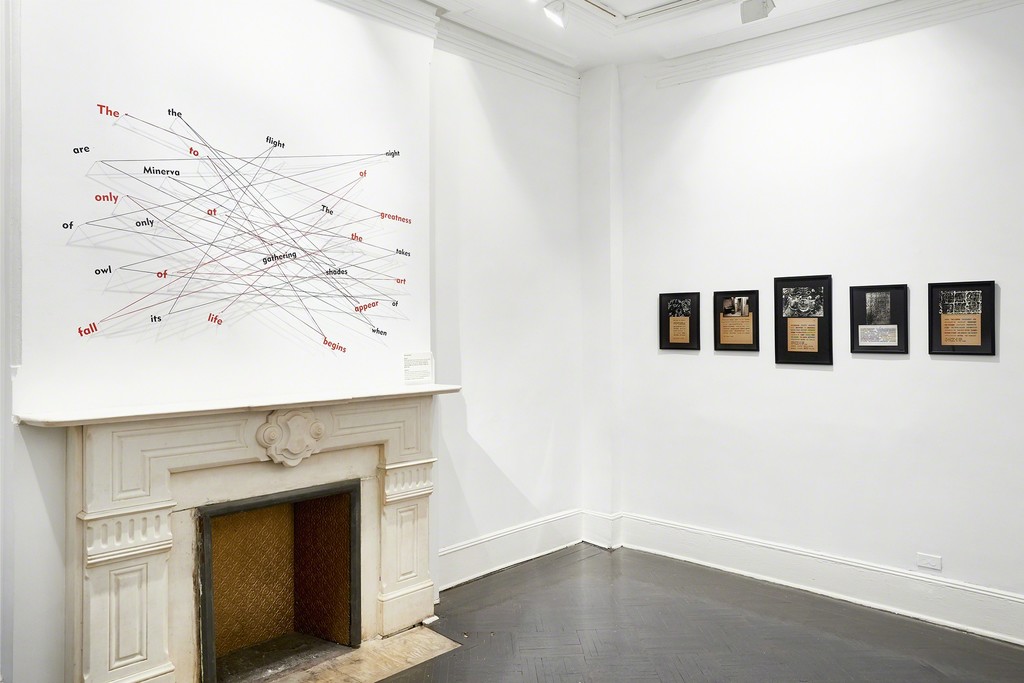 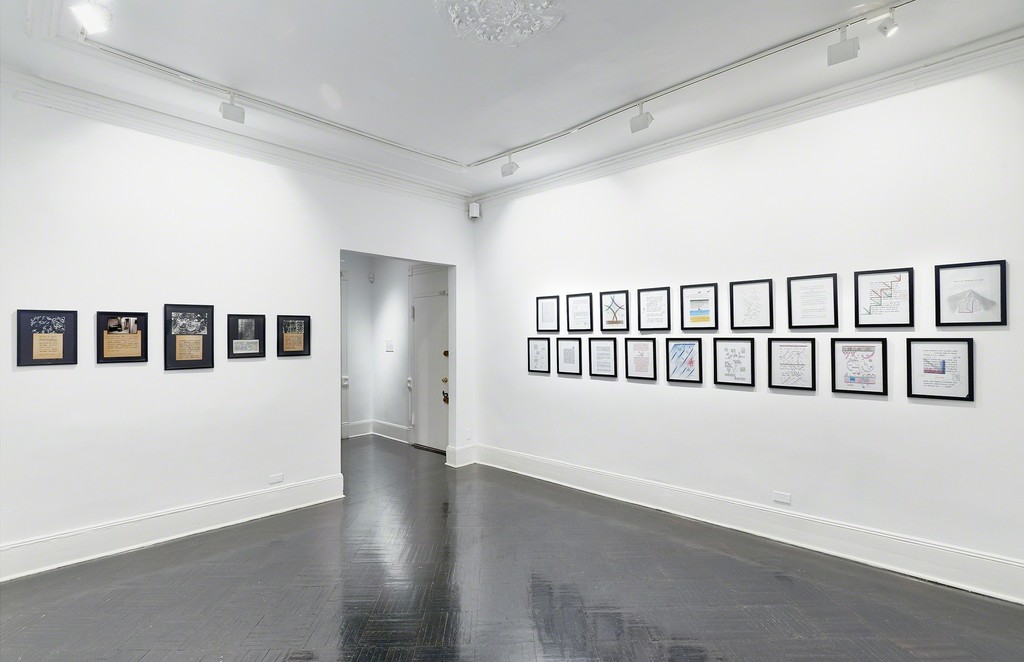 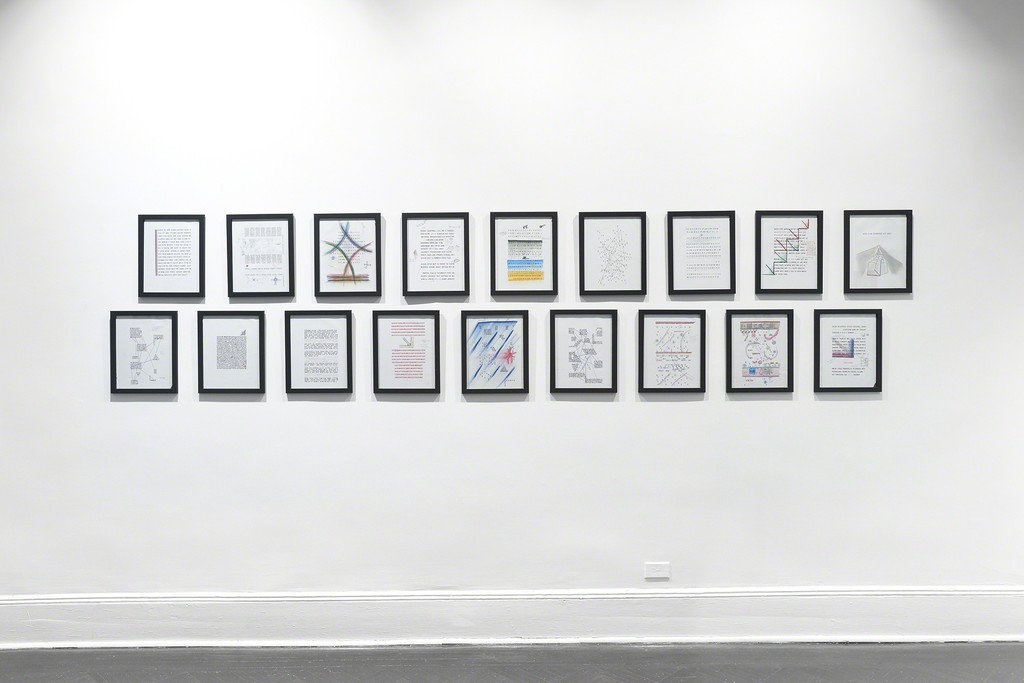 Henrique Faria Fine Art is pleased to present A Canoe Trip, Leandro Katz’s third solo exhibition in the gallery. This exhibition brings together a selection of photographs, works on paper, sculptures and video from the 1970s through the present day that demonstrate not only the artist’s continued interest in pushing the boundaries of language and the mystery and allure of the Mayan ruins of Central America, but also show how Katz’s mining of material culture leads him in new directions in his practice. With this breadth of subject matter, as Berta Sichel affirms in the exhibition text, “Katz wants to show that to him art is a wide subject and open to experimentation”. But throughout the ten different series on display across the gallery, visual and conceptual connections are established that link the artworks together.

A Canoe Trip, a series of seven vibrantly colored cibachrome prints from 1970 documenting the artist’s travels to Mayan ruin sites across Guatemala, also serves as the title of the exhibition as it symbolizes a journey that connects different places through the act of looking. Sichel’s text takes the form of a “travel guide” of sorts and leads viewers through their visit to the gallery, but as she and critic Boris Groys admit, the writer can only draw attention to the works on display, they can tell you to “Look at this!” but it is ultimately up to the viewers to put all the pieces together for themselves.

Katz doesn’t always make this an easy feat, however. Series such as Transcodes (c. 1970s) and BBB (Beatrice’s Black Book) (1983-85) are intentionally cryptic and enigmatic. While the works of Transcodes juxtapose words and phrases in English and Spanish with photographs of Mayan hieroglyphics and other images he took during his travels, the typewritten letters of BBB have no intelligible correlation to one another but are visually connected through lines, colors and diagrams. The act of entangling and unraveling language is also seen in Two Quotes (2017), in which Katz dismantles two interrelated quotes from Hegel and Debord that have been adhered to the gallery wall, and the viewer must follow the lines of thread leading from one word to the next in order to uncover the meanings hidden in plain sight.

Other recent series by Katz explore the intersection between modernist geometric design and popular culture. Taking inspiration from the photonovels that emerged in the 1940s amidst the burgeoning celebrity culture of actors and actresses, The Voice (2015) and Libidinal Structures (2016) are networks of collaged scenes from various magazines punctuated by geometric shapes, linear rays and bright colors. Shelters (From the Wrath of God) (2011) are two sculptures composed of converging geometric planes and are conceived by the artist to truly function as sanctuaries, to offer respite from the chaos that has no rational justification, only divine, in a way that only art can provide.

Following Katz’s belief that “making art demands a total engagement as well as a dedicated resolve to completing one’s quest” it is only fair that the same should be expected of his viewing audience. So now it is the time to stop reading and to start really looking.

Leandro Katz (b. Argentina, 1938) is an Argentine/American artist, writer, and filmmaker, known for his films and his photographic installations, his works include long-term projects that deal with Latin American subjects, and incorporate historical research, anthropology, and visual arts. These include The Catherwood Project (1985-1993), a photographic reconstruction of the two 1850's expeditions of Stephens and Catherwood to the Maya areas of Central America and Mexico, Project For The Day You'll Love Me (1995), which investigates the events around the capture and execution of Che Guevara in Bolivia in 1967, Paradox (2001), which deals with Central American archaeology and the banana plantations in the Maya region, and Vortex (2004-present), which addresses the social and literary history of the rubber industry in the Amazon region of the Putumayo River.
Major exhibitions include Encuentros de Pamplona 72: fin de fiesta del arte experimental, Museo Reina Sofía, Spain (2009), Natural History, Henrique Faria Fine Art, New York (2010); Imán-New York, PROA, Argentina (2010); 10,000 Lives, Gwangju Biennale, South Korea (2010); A (Los Alfabetos), 11x7 Gallery, Argentina (2011); Raptures, Diagonals and Ruptures, Espacio Fundación Telefónica, Argentina (2013); Intersections (after Lautréamont), CIFO, Miami (2015); Borges: Ficciones de un tiempo Infinito, La Muerte y la Brújula, Centro Cultural Kirchner, Argentina (2016), and El rastro de la gaviota, Tabacalera, Spain (2017). He is the recipient of a Guggenheim Fellowship, and of grants from the National Endowment for the Arts, the Arts Council of New York, The Jerome Foundation, and the Rockefeller Foundation. Leandro Katz has been a member of the faculty at the School of Visual Arts, New York, the Semiotics Program, at Brown University, Rhode Island, and a professor of Film Production and Theory at the School of Art and Communication, William Paterson University, New Jersey. A New York artist for over four decades, he now shuttles between Los Angeles and Buenos Aires.