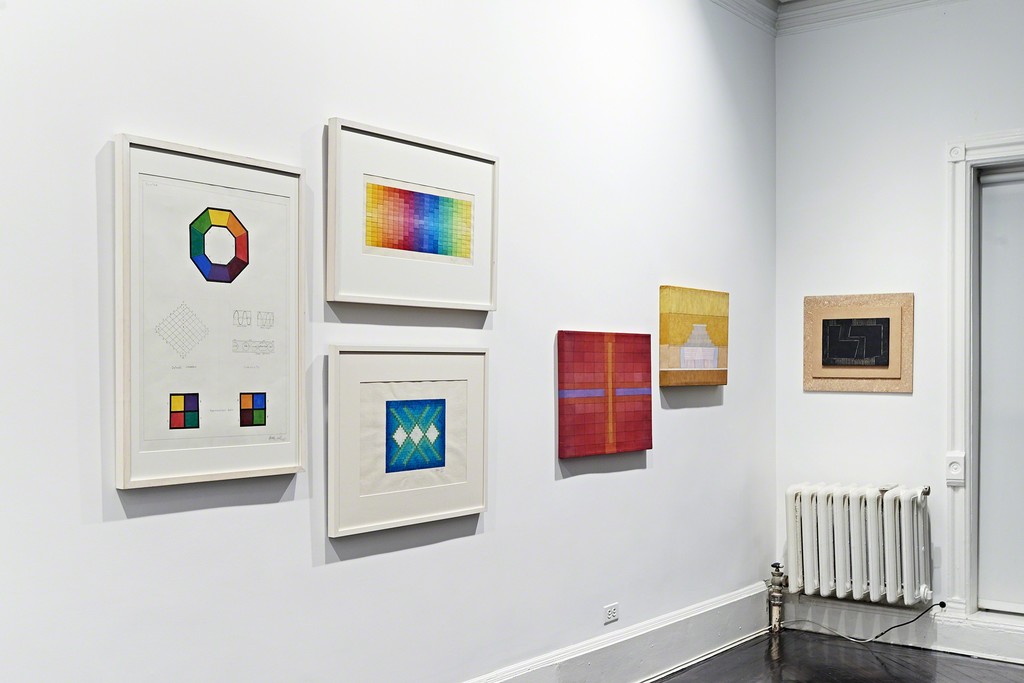 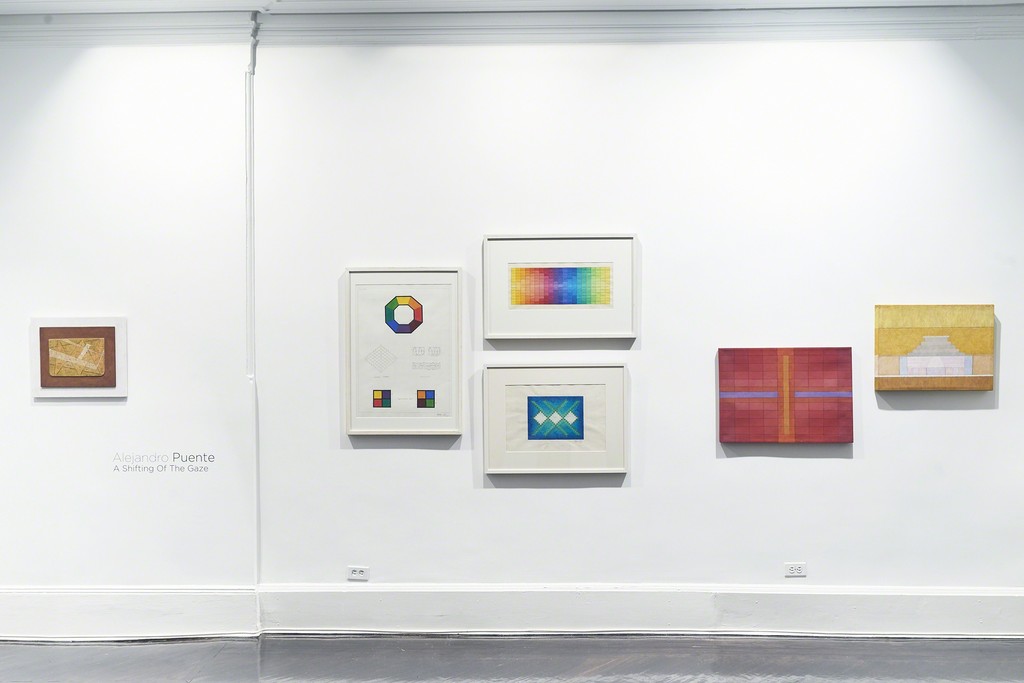 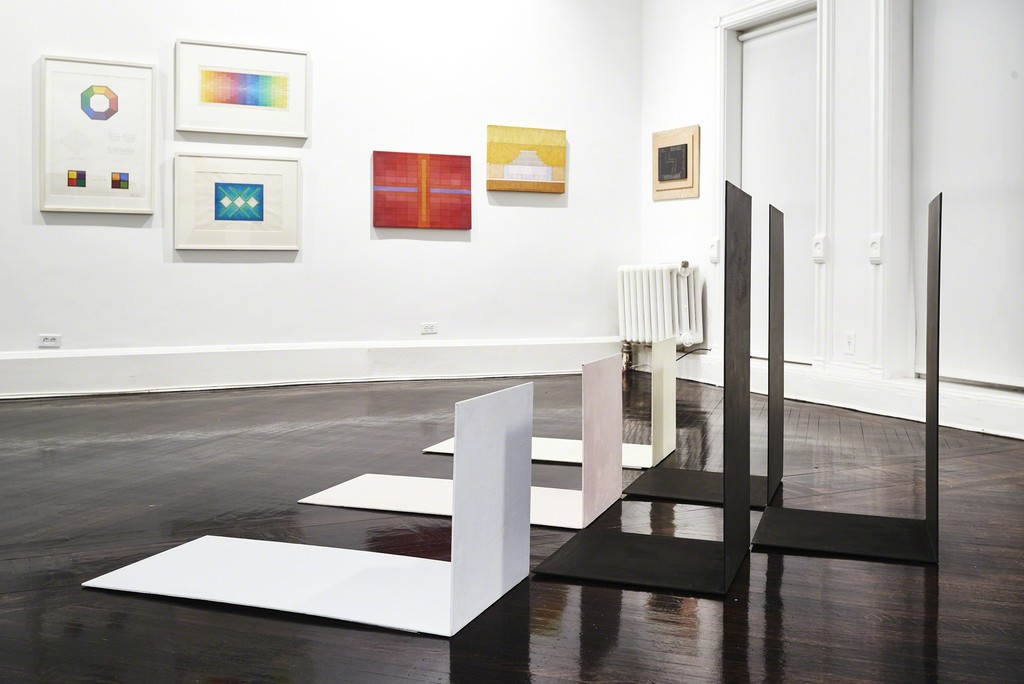 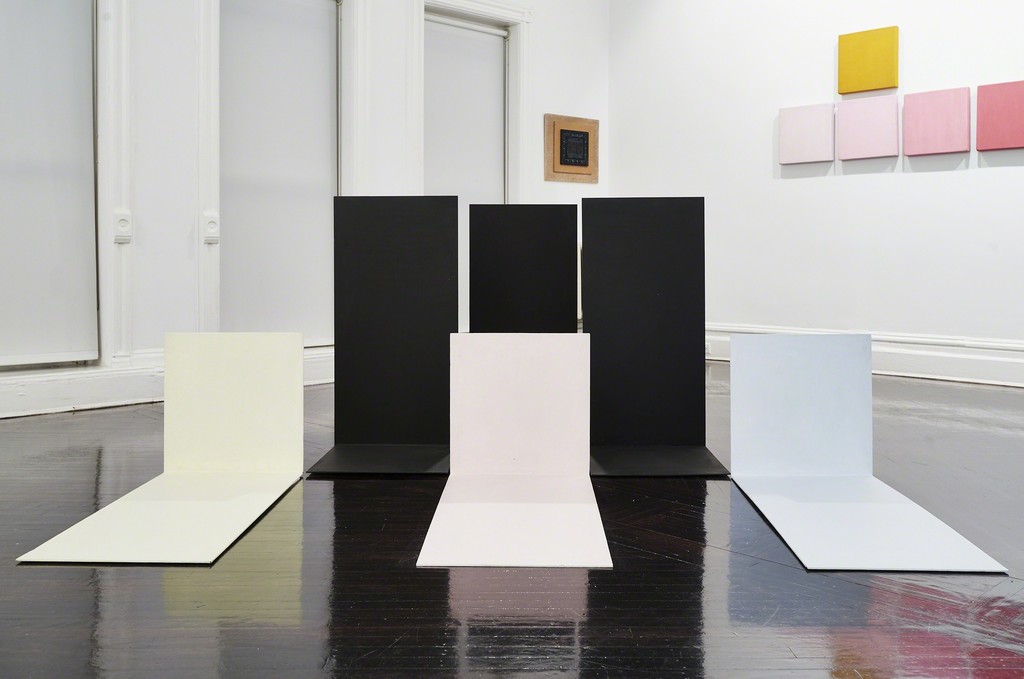 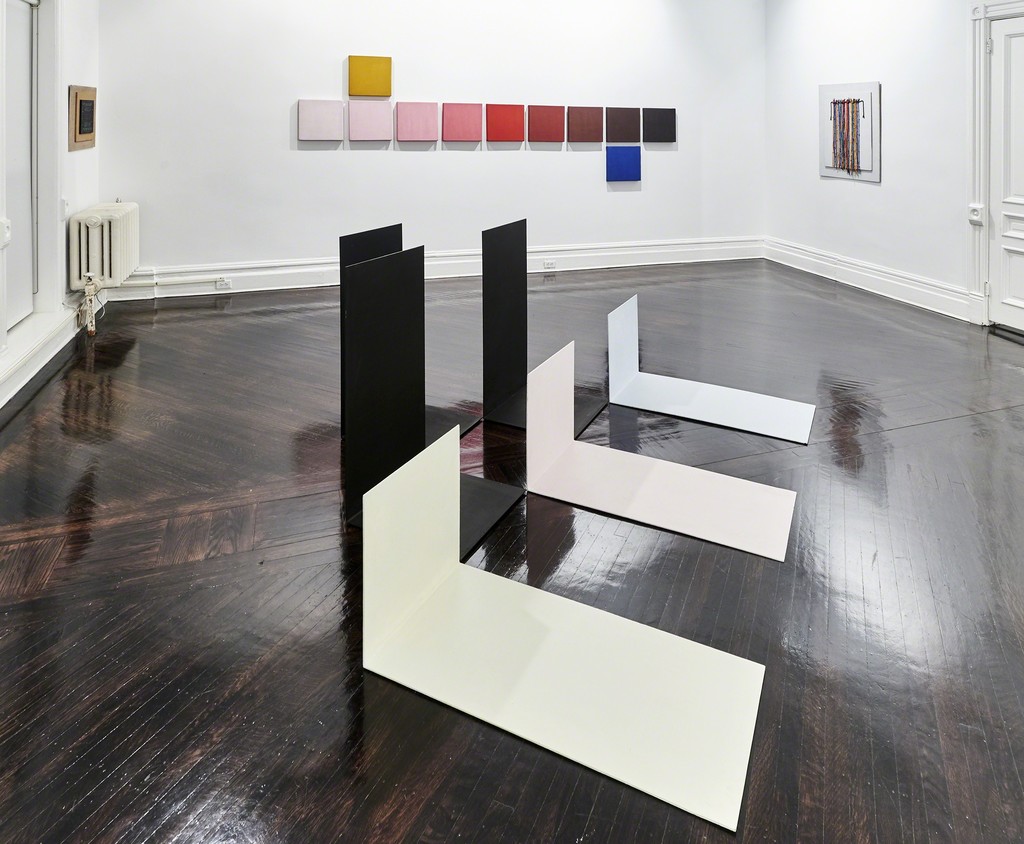 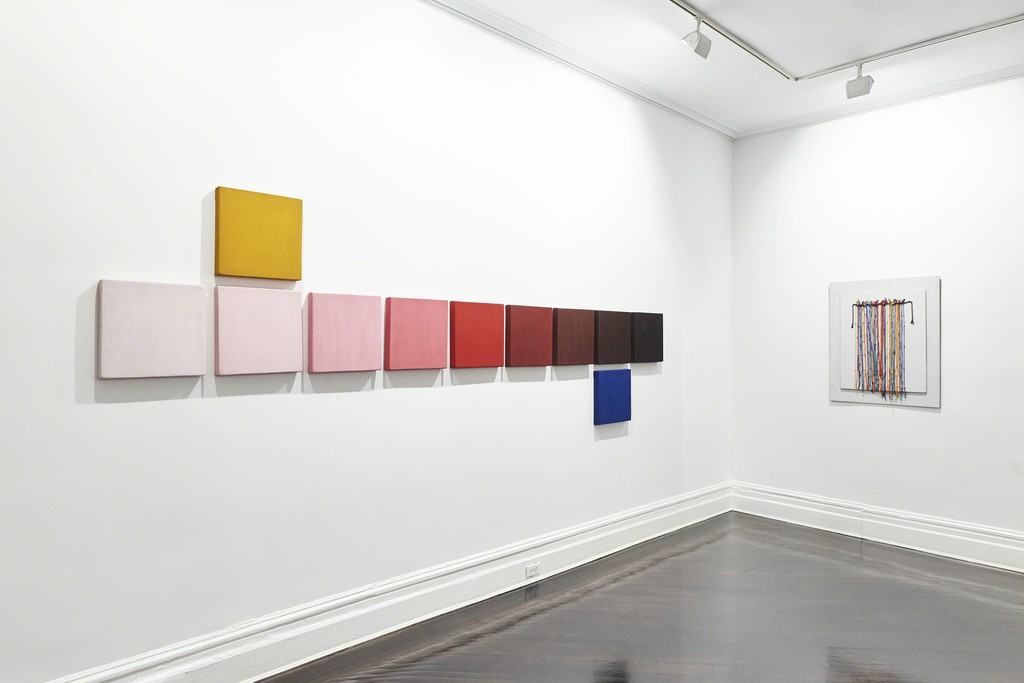 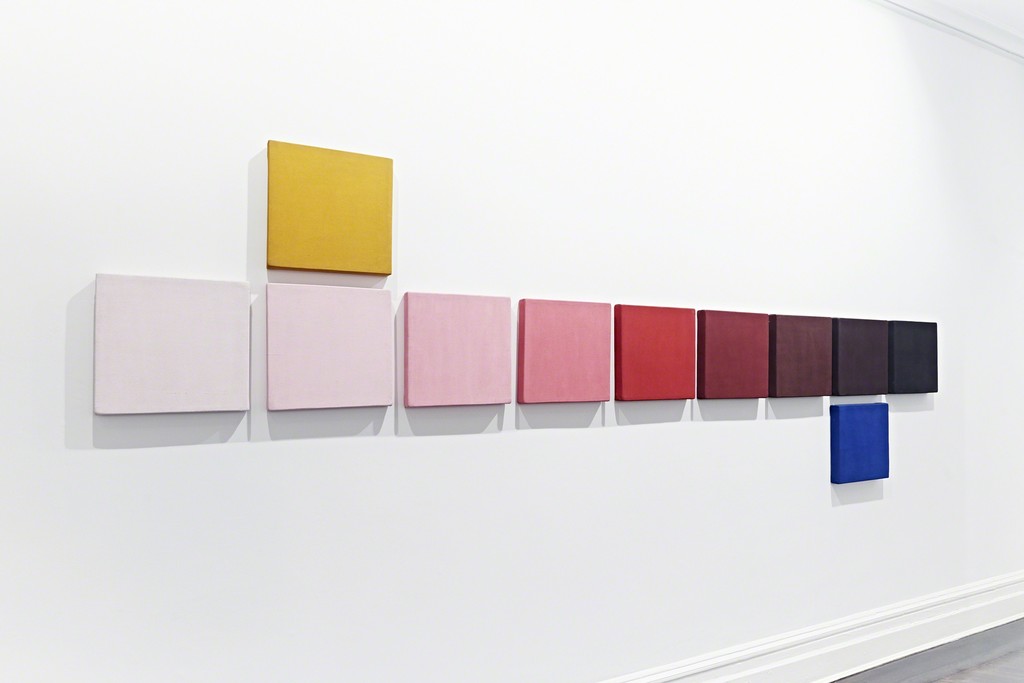 Henrique Faria Fine Art is pleased to present A Shifting of the Gaze, Alejandro Puente’s second exhibition in the gallery. This exhibition brings together a selection of paintings and drawings as well as a sculptural installation from throughout Puente’s long career that demonstrate his ever-present interest in the intersections of color, shape and space and how systems of information are created, developed and shared. Working from the understanding that the parameters of a given system are inherently imprecise due to variations in individual perception, Puente saw in this imprecision an opportunity for ideas to take root and connections to be explored: He saw the continuous potential for openings in what preconceived thoughts surrounding areas of knowledge had rendered fixed, or closed.

Puente’s works resemble a system in that they configure a whole through various working parts. Untitled paintings and drawings from 1974 and 1977 employ key patterning, checkered blocks of color and line, so that the whole and its contributing parts can be seen simultaneously. While the installation Sistema (Ele) (1968), comprised of six L-shaped metal elements and a preparatory drawing, obliges the viewer to evaluate each component and its colors, angles and forms as a way to approach the work as a whole. As Cristina Rossi writes in the exhibition text, “Beyond the idea of the system as totality, he understood this notion as a generator of the rules that ensured the interaction between the parts of a work.”

After completing a Guggenheim grant in New York City, in 1971 Puente returned to his native Argentina and began to investigate the color and architectural aesthetics of the pre-Colombian tribes that had thrived on the continent. The resulting works were an integration of the conceptual ideas Puente had previously studied and surrounded himself with in New York and the geometric shapes found within indigenous traditions. As a means to better portray this creative shift, Puente turned to more natural materials: Enupiza and Nazca (both 1987) are textural paintings on chipboard while Sistemas Cromaticos Primarios y Secundarios (1971) echoes the colored and knotted string quipus of the Inca, which were used to record and transmit information.

As Rossi concludes, Puente’s creative method “had always been a humanized geometry that aimed to overcome the rigidity of the neo-plasticist approach” and as such, the recuperation of cultural identity and the active gaze of the viewer became integral aspects of his artistic system.

Alejandro Puente (La Plata, 1933–Buenos Aires, 2013) began his art studies under Héctor Cartier at the Facultad de Arte de La Plata, focusing on sight and color theory. He then joined the Grupo Sí, whose first expositions took place in 1961 in the Museo Provincial de Bellas Artes de La Plata and later in the Museo de Arte Moderno de Buenos Aires. In 1967 he received a Guggenheim Grant, with which he traveled to New York and resided there for four years. Before he left, he was part of the exposition Más allá de la geometría at the Instituto Torcuato Di Tella and in its North American version, Beyond Geometry, at the Center for Inter-American Relations in New York (1968). In 1970 he was invited to participate in Information at the Museum of Modern Art in New York. From there, he went on to exhibit in Switzerland, Germany, France, Spain, Italy, Mexico, Cuba, Japan, and China. In 1985 he was chosen to represent Argentina in the 18th Bienal de São Paulo. He has gained many recognitions, including: First Prize at Salón Telecom Argentina (1995), First Prize at Salón Banco de la Provincia de Buenos Aires (1999), Grand Prize at Salón Nacional de Pintura (2001), Konex Award (2002), Gold Harlequin Prize, Fundación Pettoruti (2002) and the Rosario Prize, Fundación Castagnino (2003). Puente’s work has been acquired by numerous public and private collections, both in Argentina and abroad.