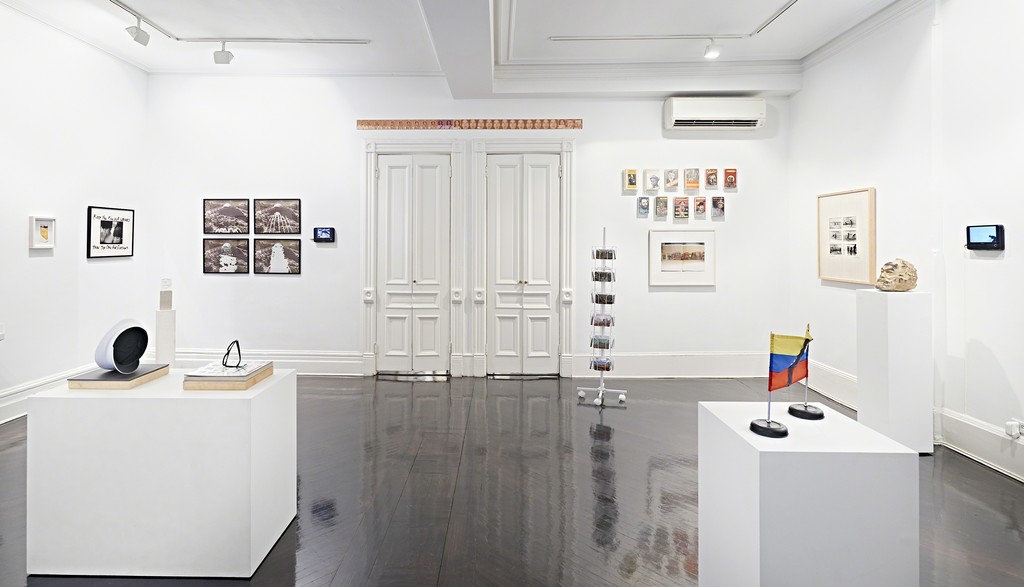 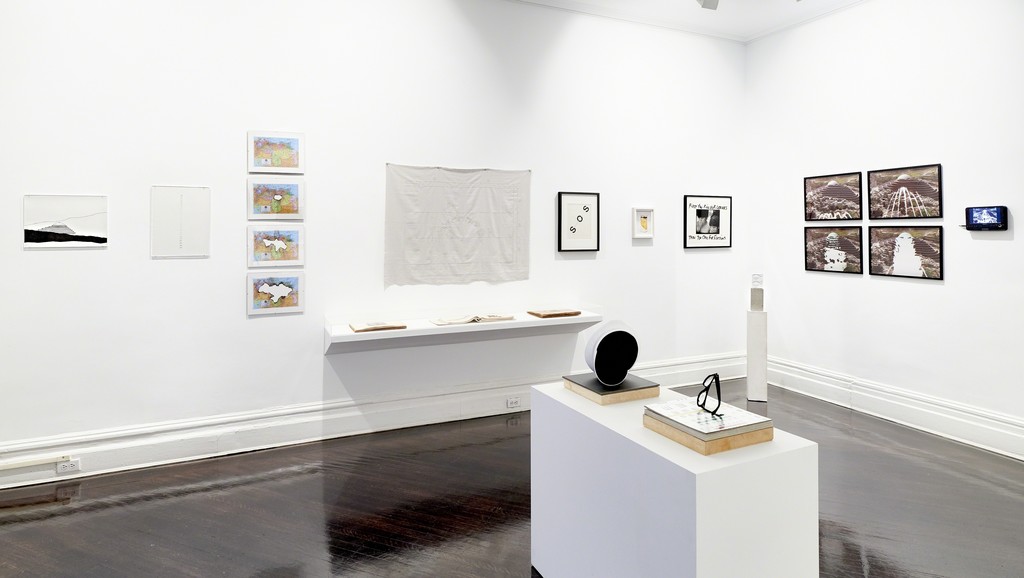 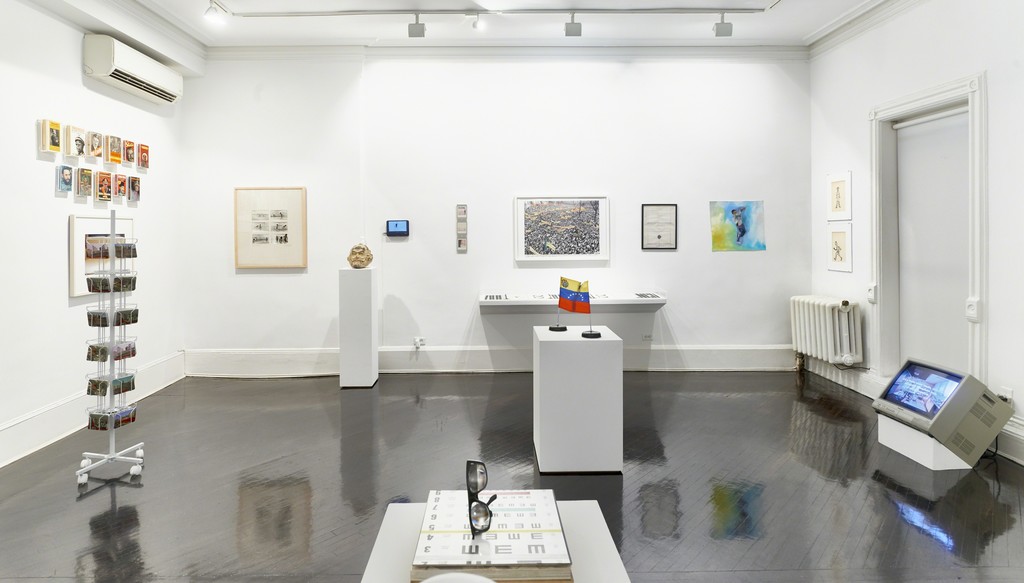 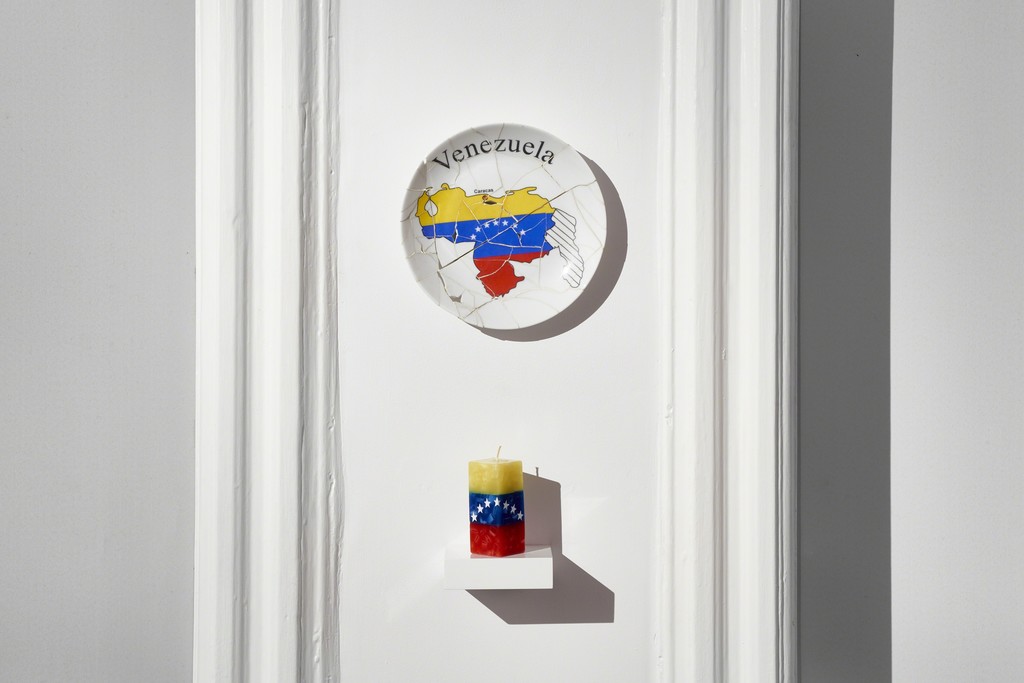 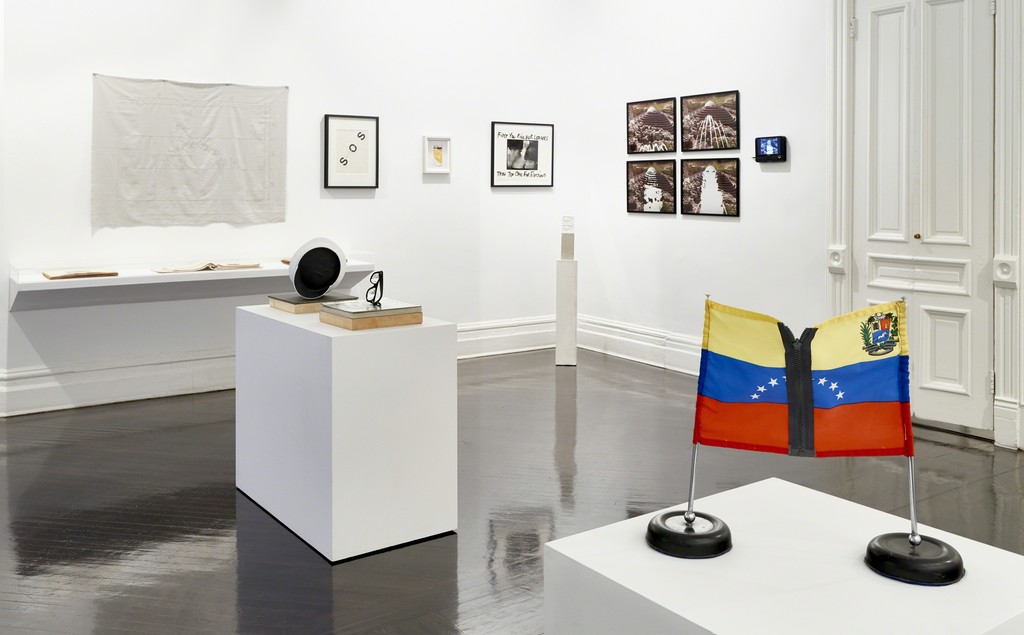 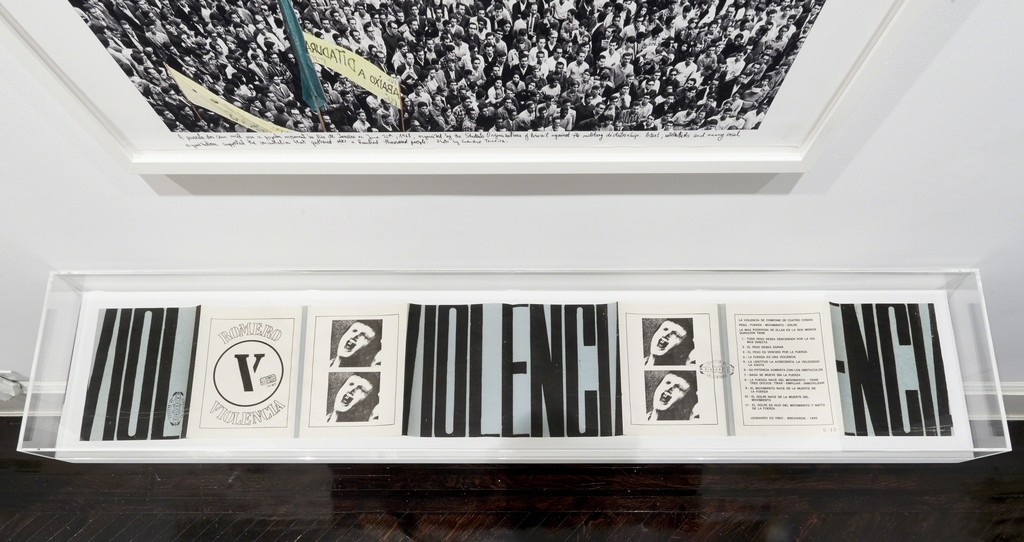 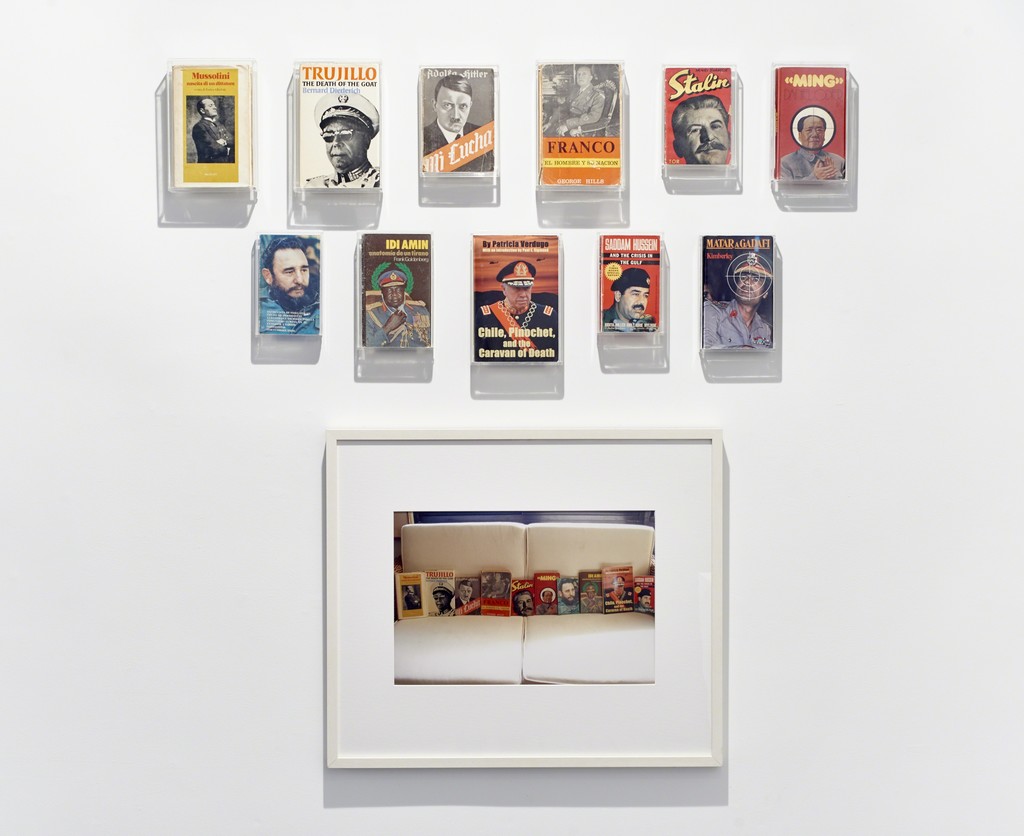 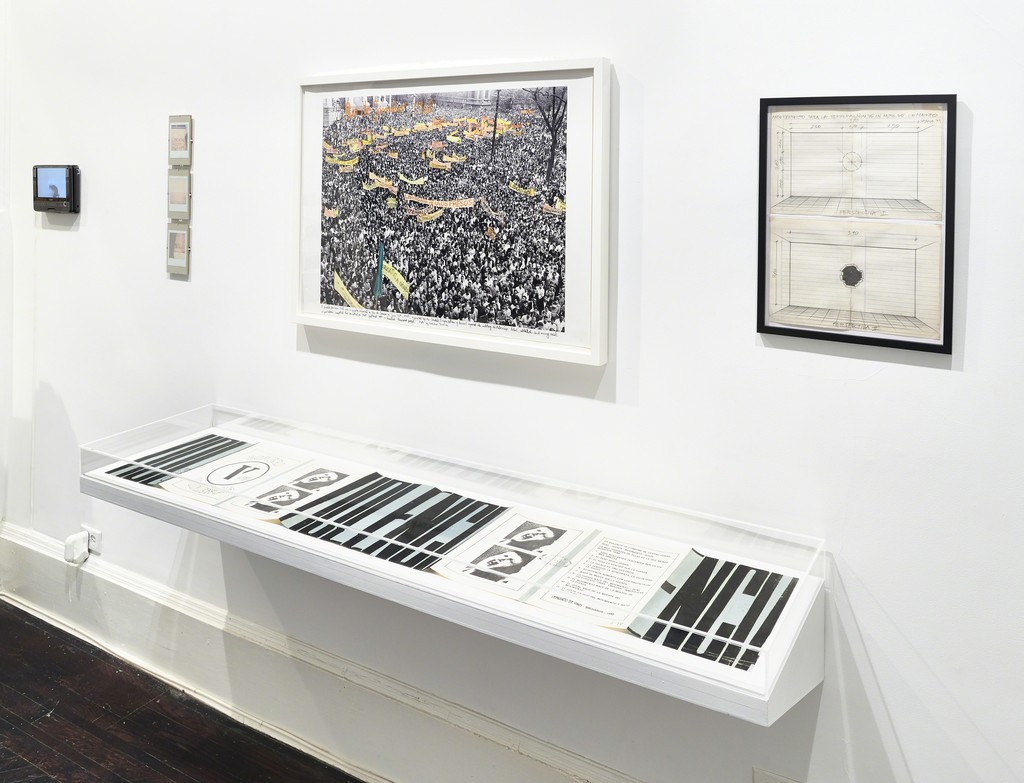 Henrique Faria Fine Art is honored to present For Freedoms, an exhibition to benefit Acción por la Libertad (Action for Freedom), an initiative that is committed to freedom and democracy in Venezuela. The foundation’s objective is to promote human rights and to document and report violations against fundamental rights: freedom of opinion and expression, freedom of association and assembly and, more recently, freedom of movement. This organization was born after the persecution and arbitrary detentions of political dissidents and students imposed by the Venezuelan government upon its citizens since the protests that started in February 2014. The exhibition title, For Freedoms, not only acknowledges the ultimate goals of Acción por la Libertad, but also references the momentous State of the Union Address given by President Franklin Delano Roosevelt in January 1941 and the effects this speech has made on the cause for human rights and democracy worldwide, most recently in the 2016 founding of the Political Action Committee, For Freedoms, by artists and activists Hank Willis Thomas and Eric Gottesman to demonstrate the importance of art as an essential act of participation in civil society. The artists featured in this exhibition span several generations and represent multiple countries in Latin America and, and as such, their work reflects on the evolution of the social, political and economic events in the region over the last fifty years and the current state of affairs, particularly in Venezuela.

As Roosevelt was reciting his 1941 State of the Union Address, Europe had entered into the second year of World War II, and while the U.S. would not formally enter the war for another eleven months, Roosevelt recognized the threats of tyranny and fascism to democracy and security. In this dark period, he envisioned a future secured through the worldwide establishment of four freedoms: freedom of speech and expression, freedom of worship, freedom from want and freedom from fear. He continued, “That is no vision of a distant millennium. It is a definite basis for a kind of world attainable in our own time and generation. That kind of world is the very antithesis of the so-called new order of tyranny which the dictators seek to create with the crash of a bomb.”

From reading Roosevelt’s words, it is easy to draw comparisons between the state of the world in 1941 and today, and, in this case, between the autocratic conditions in Latin America in the 1970s and 80s and the desolate state of Venezuela today, which create a resonance among the works of art on display. Horacio Zabala’s Anteproyecto para la perforación de un muro de cemento (Draft for the Perforation of a Cement Wall, 1973) can be seen as a chilling foreshadowing of Daniel Ceballos and Diana López’s collaborative work Lubyanka, or Drawing with the Right Side of the Brain (2018), featuring portraits of fellow political prisoners of the Maduro regime that Ceballos created inside of El Helicoide in Caracas, a modernist landmark building that has been converted into a jail for political prisoners, where they were being held captive. Fernando “Coco” Bedoya’s Siluetas (Silhouettes, 1986), human outlines composed of letters of the alphabet, born out of Buenos Aires’ 1983 El Siluetazo protest denouncing the Argentine Military Junta’s tactics of repression and disappearing political dissidents by painting silhouettes of disappeared people throughout the Plaza de Mayo, provide another historical context for Juan José Olavarría’s series La Cola (The Line, 2018), drawings which portray the profiles and silhouettes of Venezuelan people who must endure waiting on hours-long lines to get access to basic necessities including food, medicine and legal documents. Carlos Zerpa’s photoperformance Ninguno de nosotros es mudo (None of Us Is Mute, 1977) and Armando Ruiz’s Nuestra música (Our Music, 2016) explore how repercussions of repression and censorship replace the voices of the people with a harshly silent void. Other artists, such as Alessandro Balteo-Yazbeck in Merchandise Exhibition – First class – 1965 (2015), Marcelo Brodsky in his series 1968, The Fire of Ideas (2015) and Luis Hernandez Mellizo in Luto cinético (Kinetic Mourning, 2001-2003), appropriate images and aesthetics from the 1950s and 60s, and through this direct comparison question how much has changed for the better since Modernist ideals were unleashed and disseminated throughout the world.

For Freedoms maintains the continued and powerful role art has held in protest and civic engagement in modern times through its capacity to give body, language and a voice to topics that challenge the status quo and the reactionary and to put forward strategies for resistance and, ultimately, for communal healing. An important tactic has been the usurping of public space and the insertion of art in unlikely, but highly visible spaces, with historical instances being El Siluetazo and Juan Carlos Romero’s poster Violencia (Violence, 1971) being posted on walls throughout Buenos Aires, and more recent examples including Iván Candeo’s surreptitious panoramic filming of an imposingly large government building in the Miraflores neighborhood in Caracas and Juan Carlos Rodríguez’s darkly humorous Paisaje didáctico (Didactic Landscape, 2008) in which an anonymous narrator explains the scenery in a Venezuelan landscape painting, replete with guerrilla fighters hiding in the vegetation. Another method has been to co-opt the language of oppressive institutions and turn it on its head, as seen in Leandro Katz’s First You Kill Our Leaders (1986), Valentina Alvarado’s Aí (4 Letras) (2018) and Diana López’s Silabarios invertidos (Inverted Syllabaries, 2017). Other artists have chosen to subvert popular/populist imagery, as in Jorge Caraballo’s graphic print S.O.S. (c. 1976); in Mariana Bunimov’s untitled depictions of the recent media coverage of the protests in Caracas (2016); Luis Molina-Pantin’s Best-Sellers –International– (2008), the internationally bestselling autobiographies and biographies of infamous dictators with their visages gracing the front covers, Esperanza Mayobre’s Monumento a la TV (y a Brancusi) [Monument to the TV (And to Brancusi), 2010], carved stone televisions that demonstrate the supreme power of the state controlled medium in Venezuela; and Alexander Apóstol’s El Helicoide Stills (2003/2018) that show a fountain slowly washing away an image of El Helicoide. In implementing these various techniques, these artists demonstrate the will to keep culture expanding and moving forward despite institutional efforts to maintain widespread conservatism and protect their own interests over those of the people. As Thomas and Gottesman affirm in the For Freedoms manifesto, “Participation is citizenship”, and by viewing these works, by thinking and talking about them, the spectator becomes necessarily active, contributing to the circulation of new ideas beyond the immediate scope of the gallery and the art world.

When the words and actions of unjust political leaders have come to dominate every level of daily life and whose decisions, the disastrous ramifications of which, have international consequences, it can be easy to overlook the multitudes of people who are taking steps within their means to counter corruption and fear and to fight for their inalienable freedoms and rights as human beings. As Roosevelt reminded in the conclusion of his address, “Freedom means the supremacy of human rights everywhere. Our support goes to those who struggle to gain those rights or keep them. Our strength is our unity of purpose.” All of the proceeds of this exhibition will directly support the endeavors of Acción por la Libertad and their mission to restore peace and security in the lives of all Venezuelans.