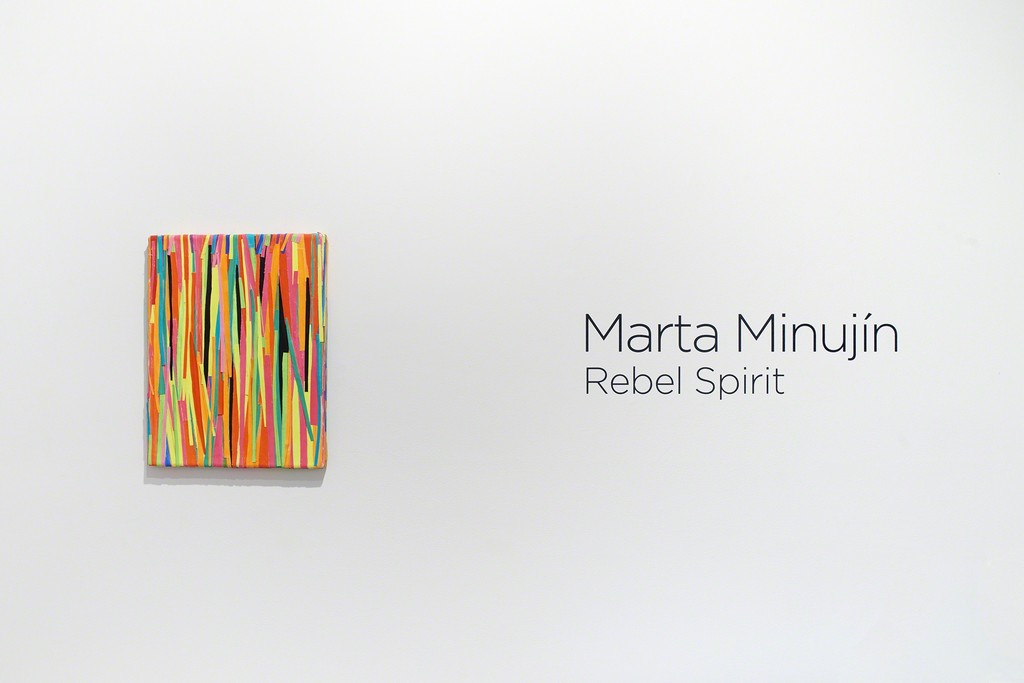 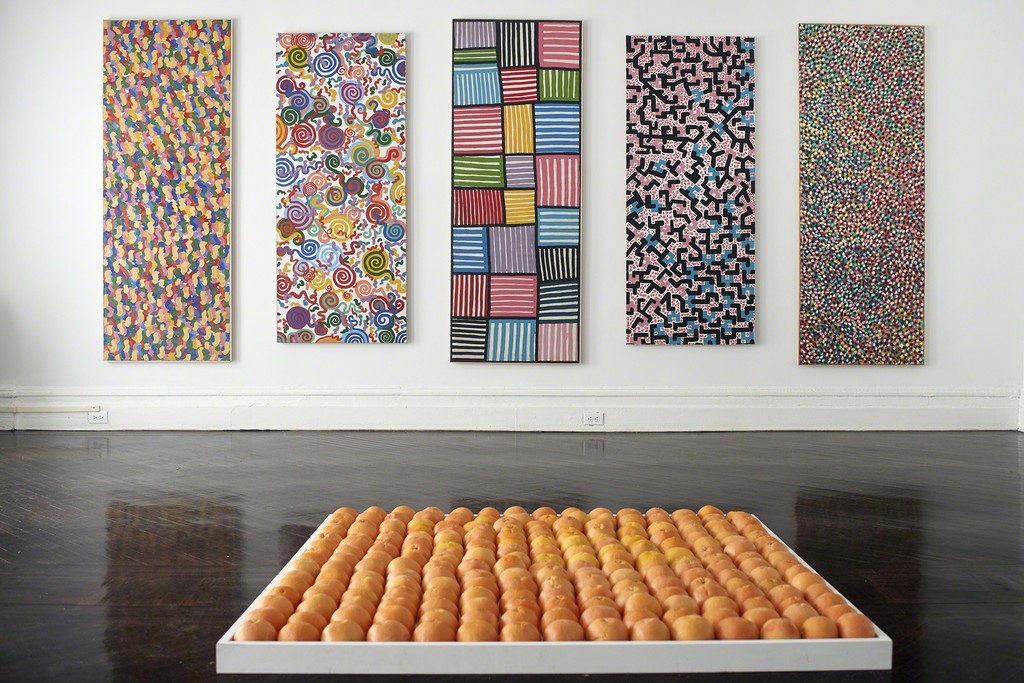 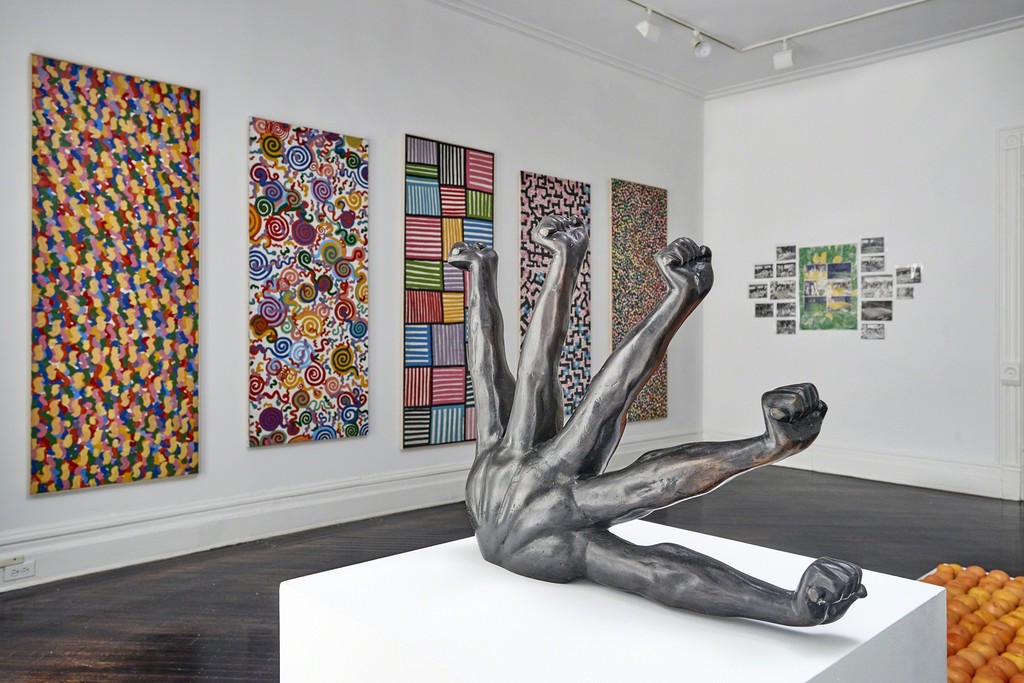 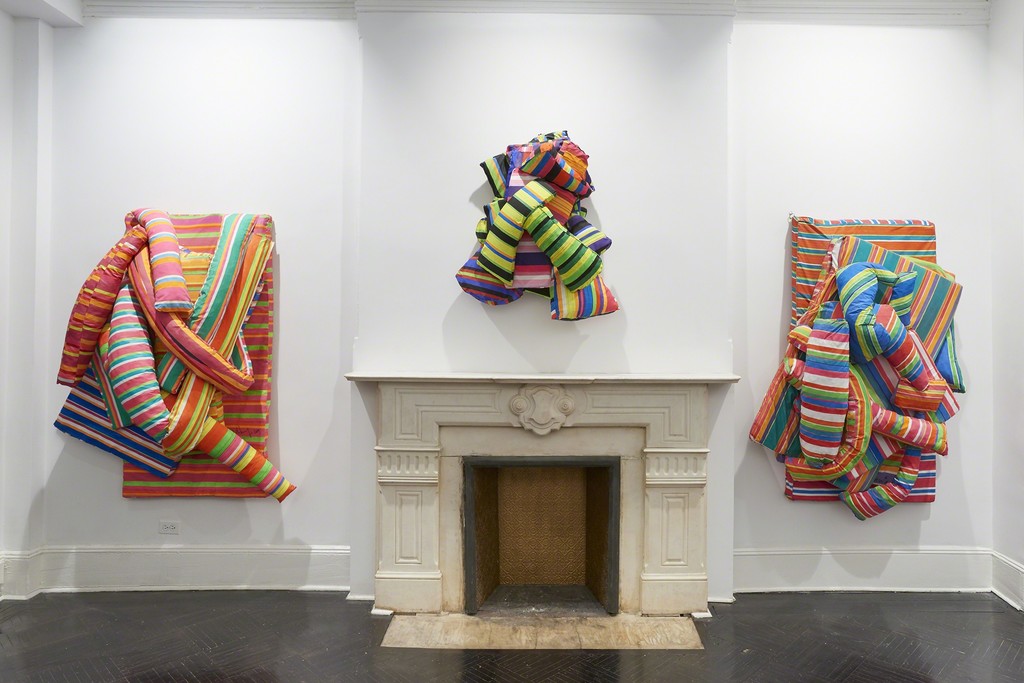 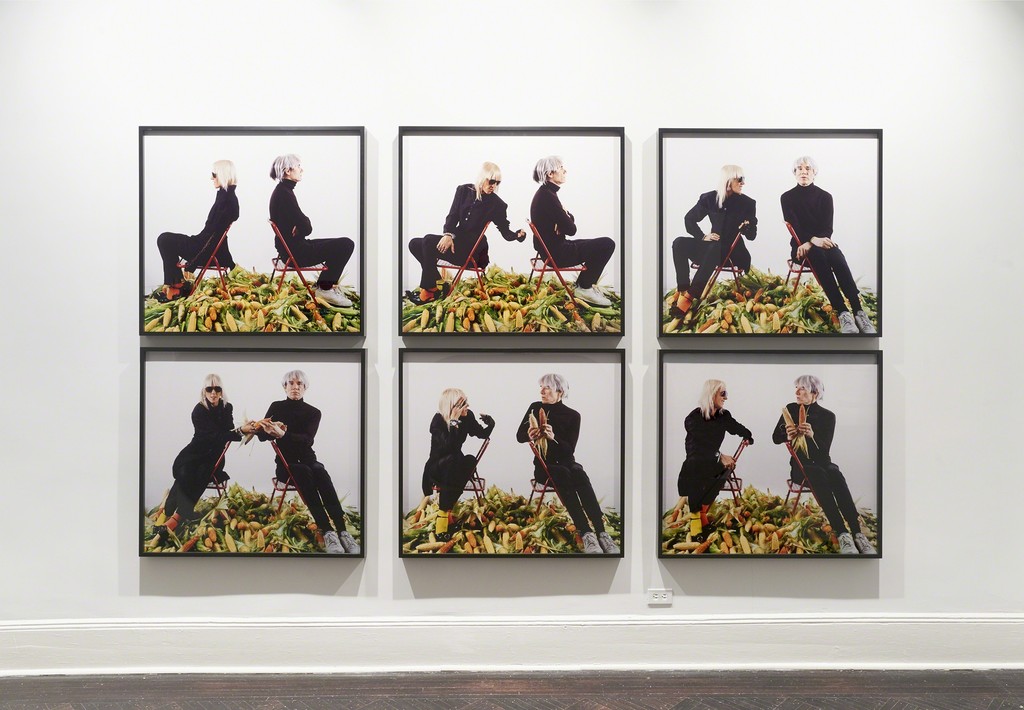 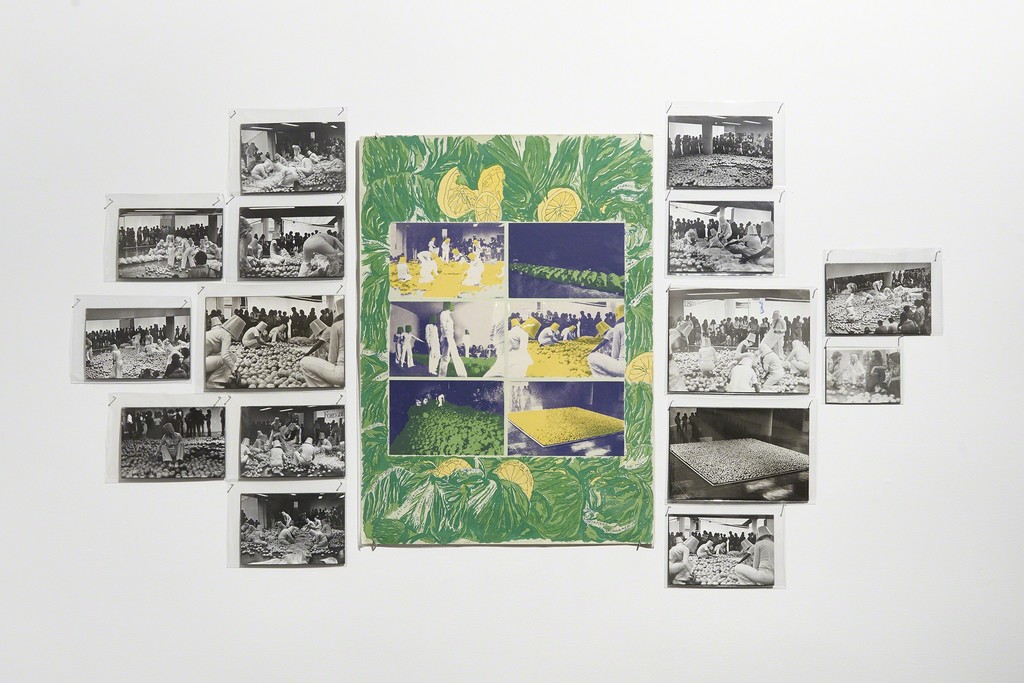 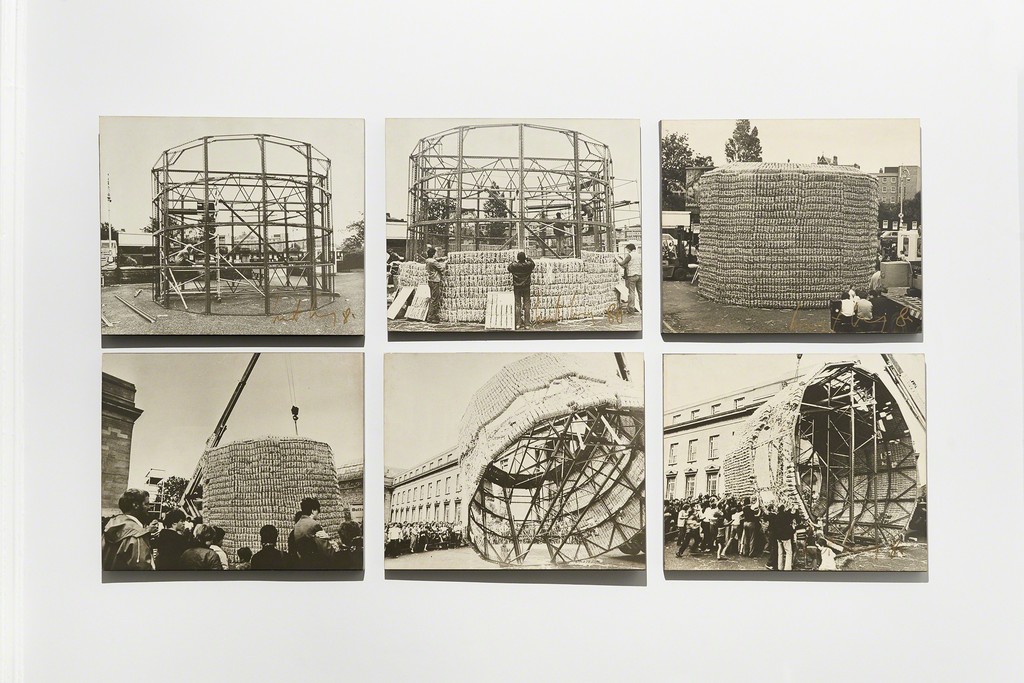 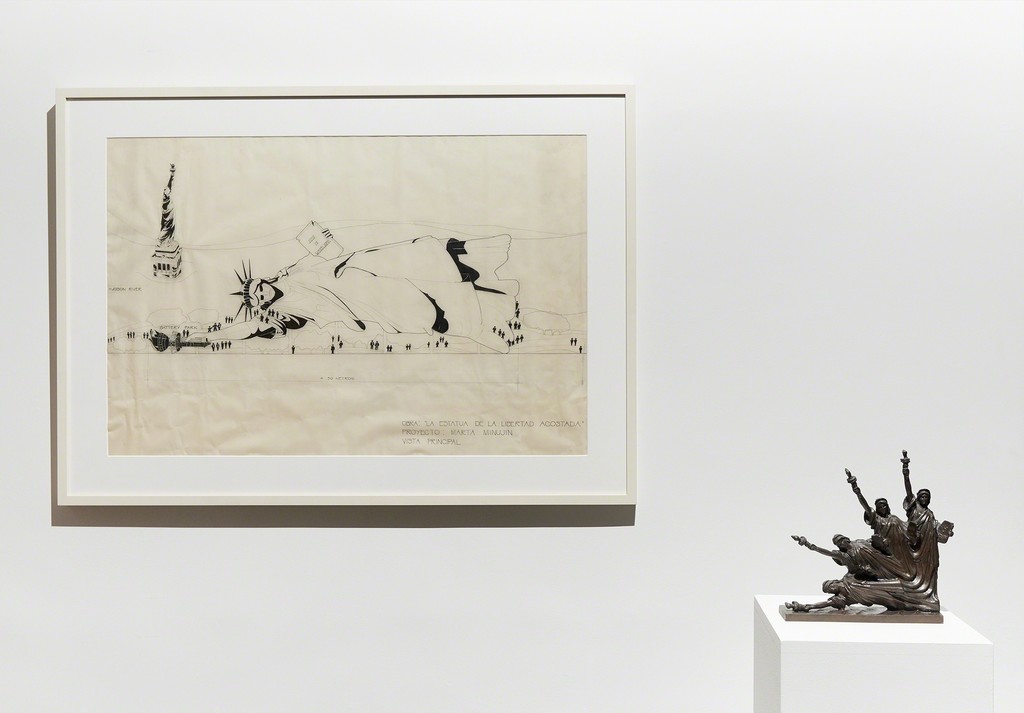 Henrique Faria Fine Art is pleased to present Rebel Spirit, Marta Minujín’s second exhibition in the gallery and one of many held in New York City since the 1960s. This exhibition will feature a selection of works of diverse media that have been carried out since 1973 and showcase important themes that Minujín has been working with throughout her career.

Building her practice around the tenets of institutional critique, Minujín set out to challenge how and where art was seen and experienced. Integrating art and life, an important goal of the neo-avant-garde, was an essential element to Minujín’s environments and happenings and she often used everyday objects as a means to interacting with and reaching her audience. Minujín began her “colchones”, or mattress, series in the early 60s and, inspired by the popular counter culture psychedelic and free love movements, created anthropomorphic, vibrantly colored sculptures of mattress foam and cotton that lay languidly on the floor. These works, similar to her later installation Laberinto Minujinda (1985), elicited viewers’ tactile senses as Minujín’s stimulating environments enveloped them. The Laberinto consisted of twenty-four distinct “multi-sensorial situations”, including a tactile room, a tunnel of televisions and even a minotaur, that were devised to encourage visitors to reconsider their views on the media and use of everyday objects, and further, to challenge dominant cultural ideologies.

Minujín has also used her practice as a way to continually undermine the art institution. The Laberinto wound its way through the then socially conservative Centro Cultural Recoleta and its visitors, by partaking in the various experiences presented to them, defied the traditional decorum that one would expect at an upscale cultural center. Kidnappening, an earlier work staged at the Museum of Modern Art and the environs of New York City in 1973, was a performance-happening in which Minujín and a troupe of dancers dressed in cubist-Grecian costume overtook a donors reception in the museum’s garden with song and dance. The performance did not end there¬– guests of the party were then “kidnapped” and taken blindfolded to different happenings taking place in other spaces around the city. In these works, Minujín breaks down the divisions between the strongholds of the art establishment and the frenetic activity that lies beyond it, in the city, in the street, in the places where life unfolds and where all can take part in the act of creating.

As part of the effort to fuse the realms of art and life, a sizable part of Minujín’s career has been dedicated to fashioning proposals for temporary “monuments” in public spaces that bring together the general population with notable figures and elements from their popular culture. While some of these monuments exist only as proposals, including the Pelota de fútbol de dulce de leche (1981) and the Torre Eiffel de pan baguette (1982), many have been realized. The Torre de pan James Joyce (1980) was erected in Dublin, city of the author’s birth, and took its shape from the Martello Tower described in Ulysses and its outer façade of Butterkrust bread from Downes bakery was incorporated due to its being mentioned in Dubliners. The spectators were encouraged by Minujín over a megaphone to take the 8,000 loaves that covered the structure. The happening ended once all the loaves of bread had been taken, once the tower was stripped of its materiality and the public square became empty once again. As Minujín’s artistic practice has grown and evolved, it has remained an art of inclusion, an art whose purpose is to serve the ones that set it in action.