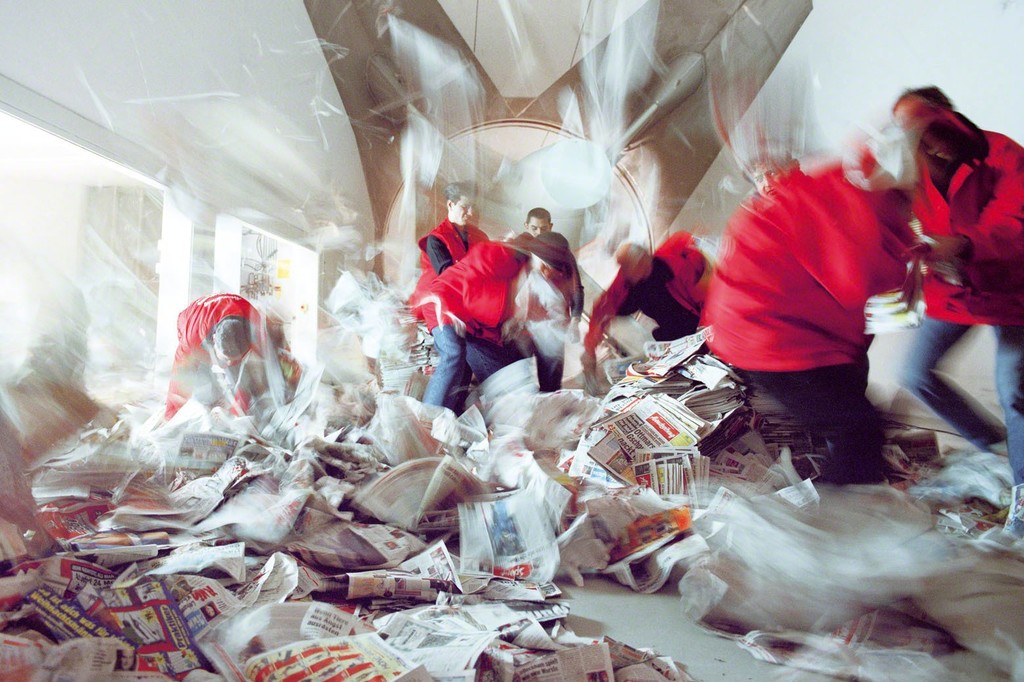 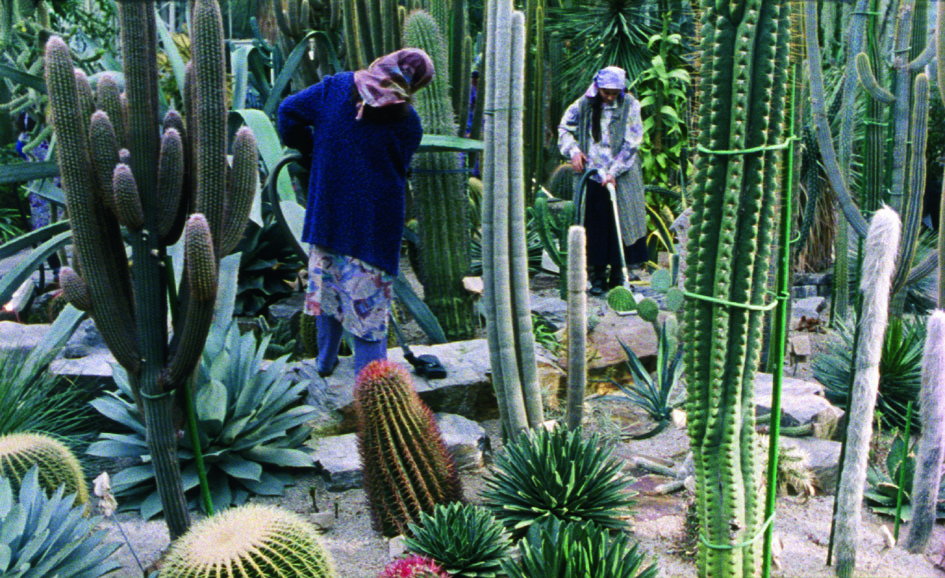 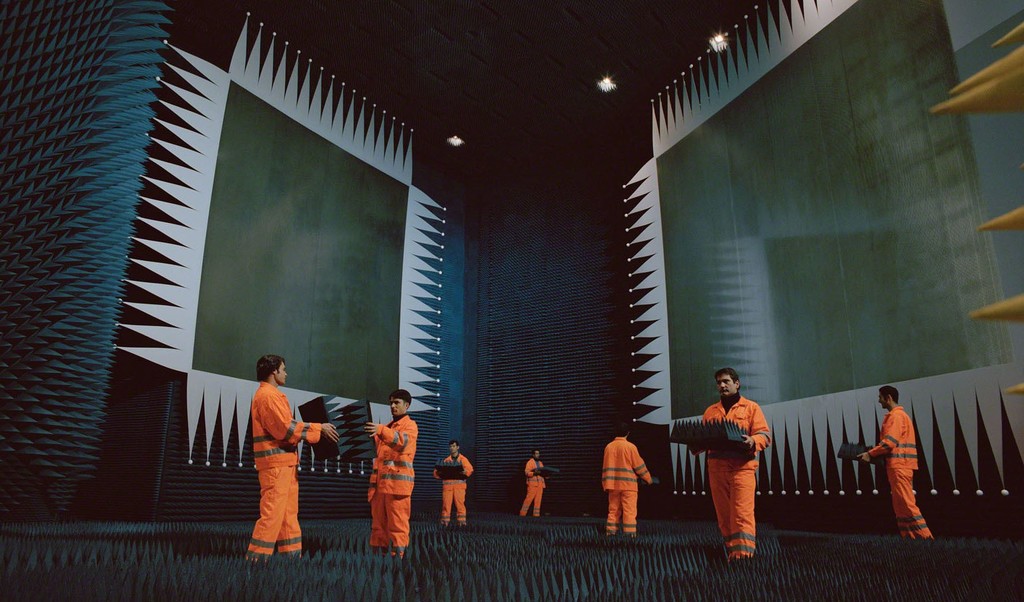 The narrative videos produced by Julian Rosefeldt (b. 1965, Germany; lives in Berlin) often address the ritual aspects of daily life, which express a wish to find meaning in our lives by imposing order on the chaos surrounding us. His works, referring to different sectors in society, stretch the boundaries of engaged art through aesthetics aimed at arousing the viewer’s empathy.
The video on view in the museum is a shortened version made by the artist of his work Asylum, first shown in 2002 as a ninechannel cinematic installation at the Hamburger Bahnhof in Berlin. The work’s title has various meanings – personal or political shelter, refuge, sanctuary, as well as a hospital of the mentally ill – all of which find expression in it. Asylum explores a particularly topical subject, both in Israel and around the world: the cultural displacement of people who have left their countries and try to assimilate in a culture foreign to them. But more than the figures themselves, the work presents our stereotypical view of them, for the figures are stripped of individuality and each group of people depicted is characterized by stereotypes associated with their ethnicity and jobs. Each group is portrayed as doomed to a Sisyphean fate of performing strange, meaningless task At the end of the video they all sing together, a cohesive chorus voicing a wordless cry.