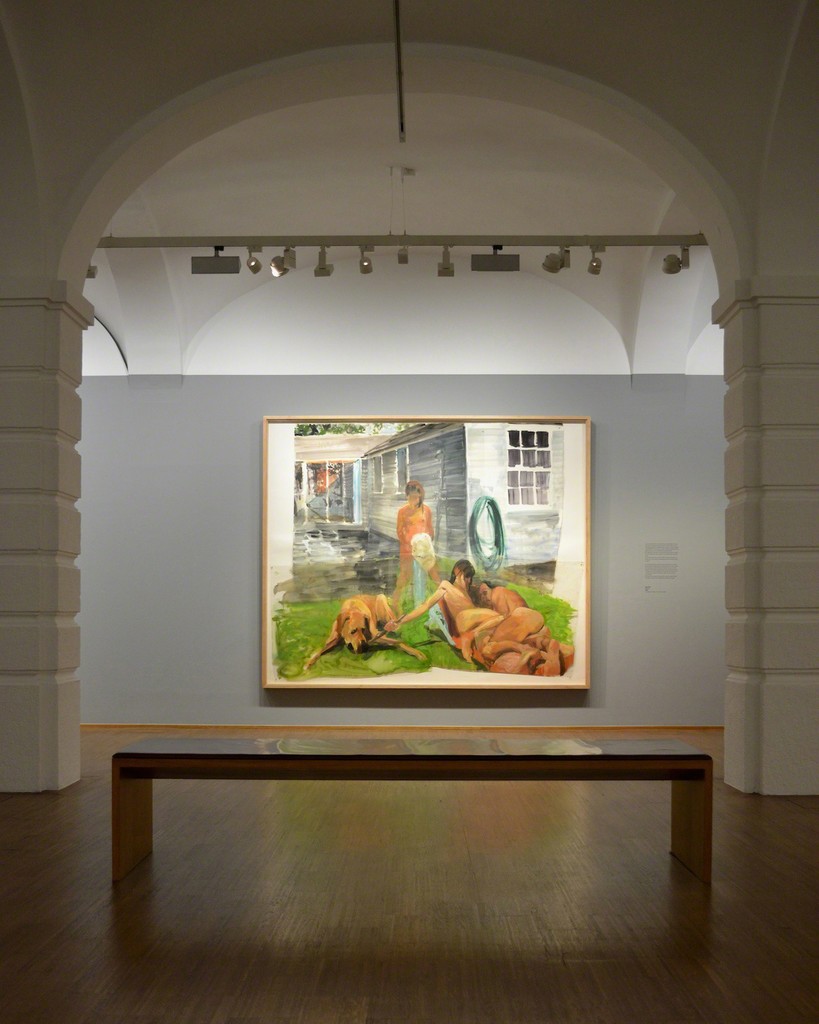 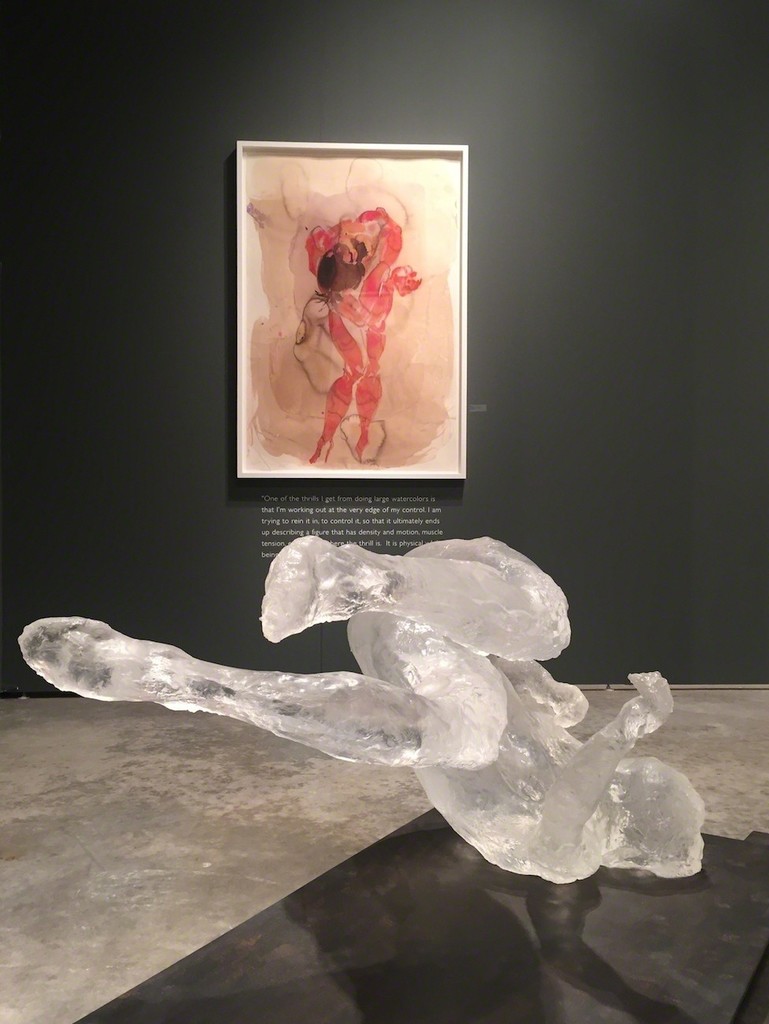 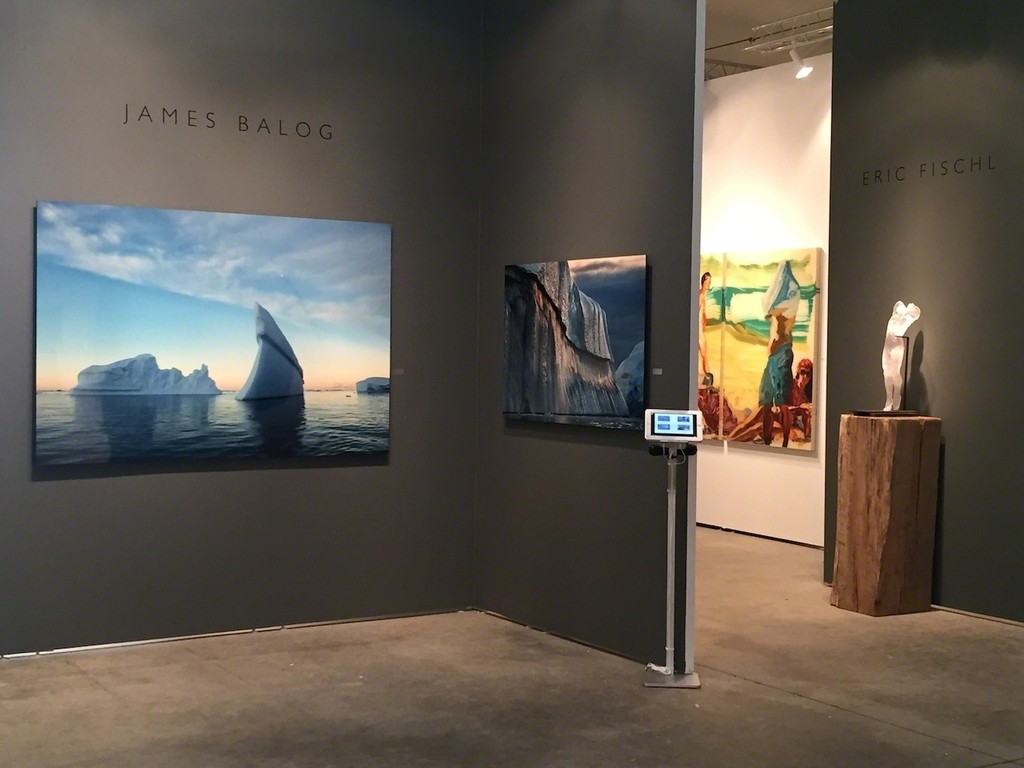 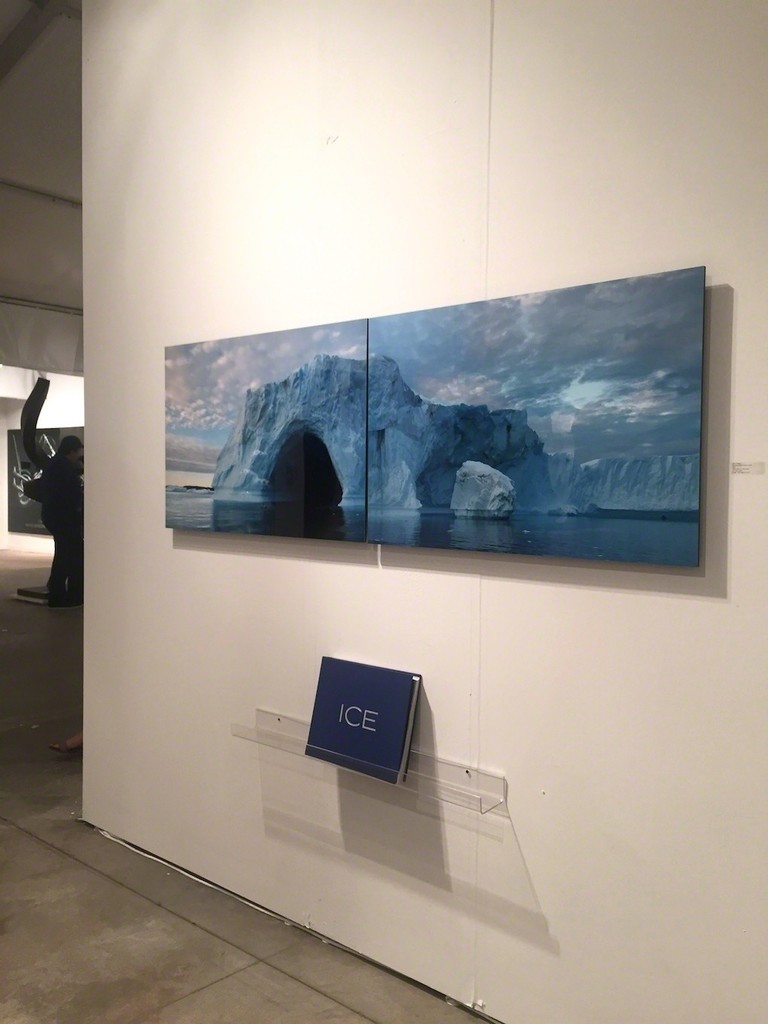 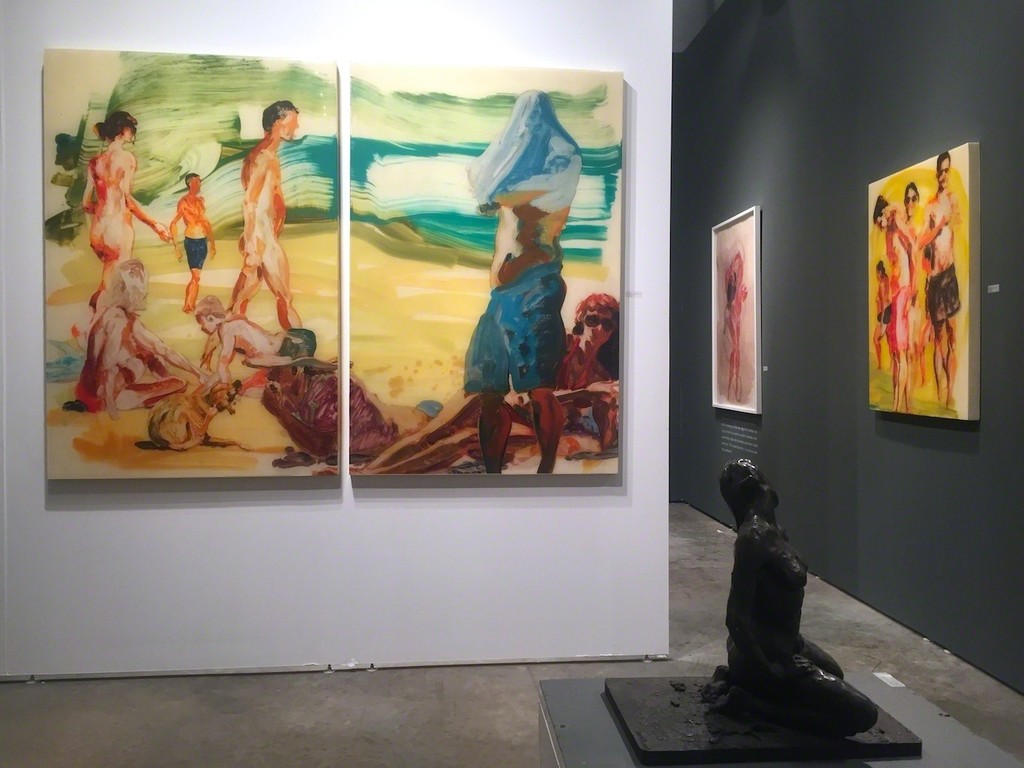 Presenting two seminal works by Eric Fischl: a major collage/painting from 1985 and the most recent casting from his now iconic Tumbling Woman series.

Hexton Gallery is presenting a rare Eric Fischl collage/painting from 1985, created at the height of his ascendance within the contemporary art world and completed the same year as his solo exhibition at The Whitney. Capturing all of the tension and angst resting just below the surface of suburban American life, this work is a quintessential example of Fischl’s most celebrated imagery from that period. The work also offers a rare glimpse into Fischl’s early artistic process, whereby large sheets of clear vellum were painted with figures and then overlaid onto a large painted background to create a dynamic and singular composition. This work was last exhibited at Fischl’s solo exhibition, Friends, Lovers and Other Constellations at the Albertina Museum, Vienna.

Fischl's powerful Tumbling Woman, currently on display in Rendering the Unthinkable at the 9/11 Memorial & Museum, comes to Art Miami in two recent castings that further explore the power and mystery of this indelible series. At the outset of this project in 2002, Fischl named the work Tumbling Woman as a metaphor for our new reality post 9/11, one where the world had become completely off-balance. “We were Tumbling along, like sage brush,” says Fischl. He has since explored the work in watercolor paintings, multiple maquette and large-scale bronzes, and most recently, glass and clear acrylic. Speaking about the glass and acrylic pieces that will be exhibited at Hexton Gallery, Fischl states, “In this final phase, the translucency, transparency and lightness of the work has taken on an appropriate kind of transcendence, a spiritual aspect that the early pieces didn’t have. They were more tragic, while this seems much more about hope." Works from the Tumbling Woman series have been exhibited in important institutions such as the Albertina Museum, Vienna; the National Gallery of Canada; and the 9/11 Memorial and Museum in New York. Castings from the work are in the permanent collection of the Smithsonian American Art Museum and The Whitney Museum of American Art.

Photographer Eric Holubow's unerring eye finds the beauty, the service, and the respect in contemporary urban ruins. His camera captures the humanity of all who lived, worked, played and prayed within these spaces.

James Balog for over thirty-five years has devoted his life to the stewardship of living on this planet. He knows the unbearable truth that each moment on this earth is precious. Each moment is an interaction that changes the next interaction—whether ice, animals, trees or fire. Works from Balog’s newest series, Watching the Planet Burn, will be exhibited for the first time.

Tony Fitzpatrick pulls from every memory, every life experience both large and small, and then in intricate detail, cuts, draws, and paints his life together in intimate collages reminiscent of the intimacy found in the work of Joseph Cornell. The resulting collages and print editions provide a tapestry of images, words and iconography that map our own personal journeys. Works exhibited come from his Secret Birds series, recently on view at the DePaul Museum of Art, Chicago.