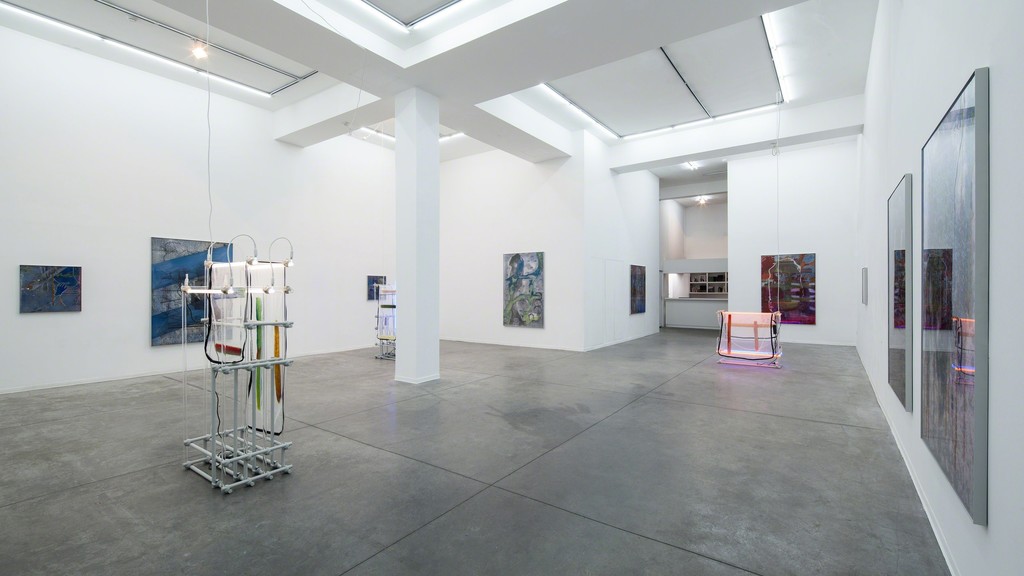 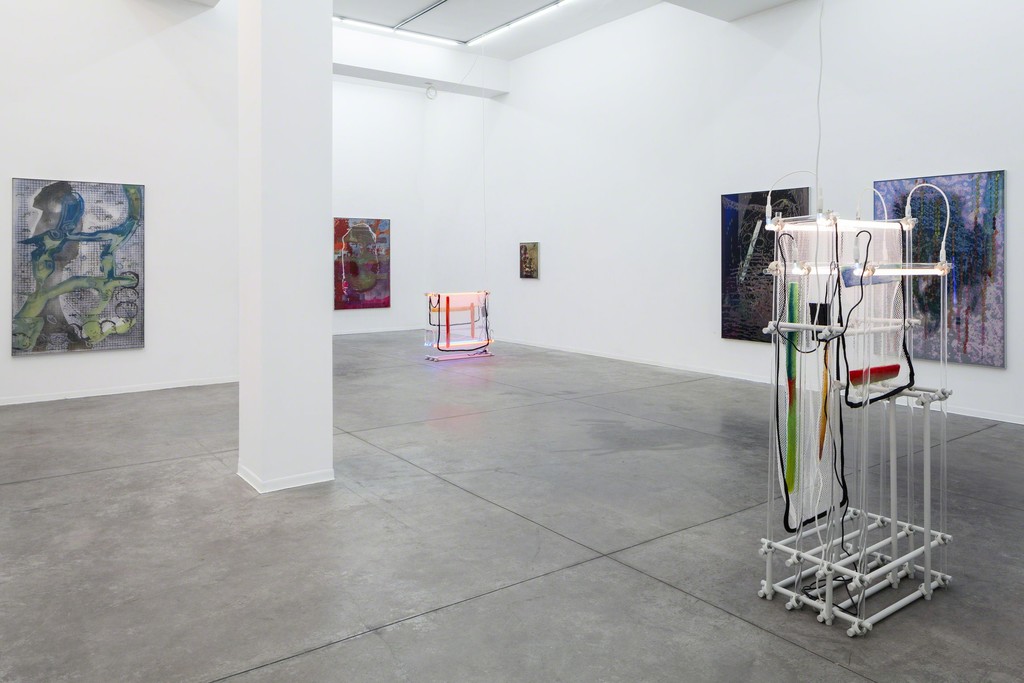 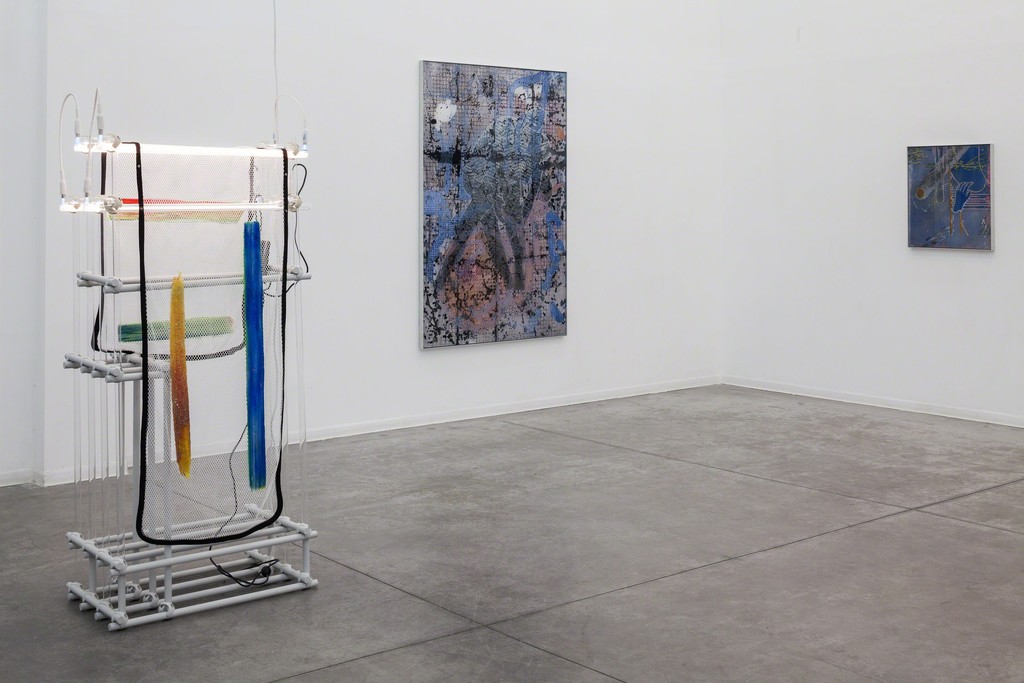 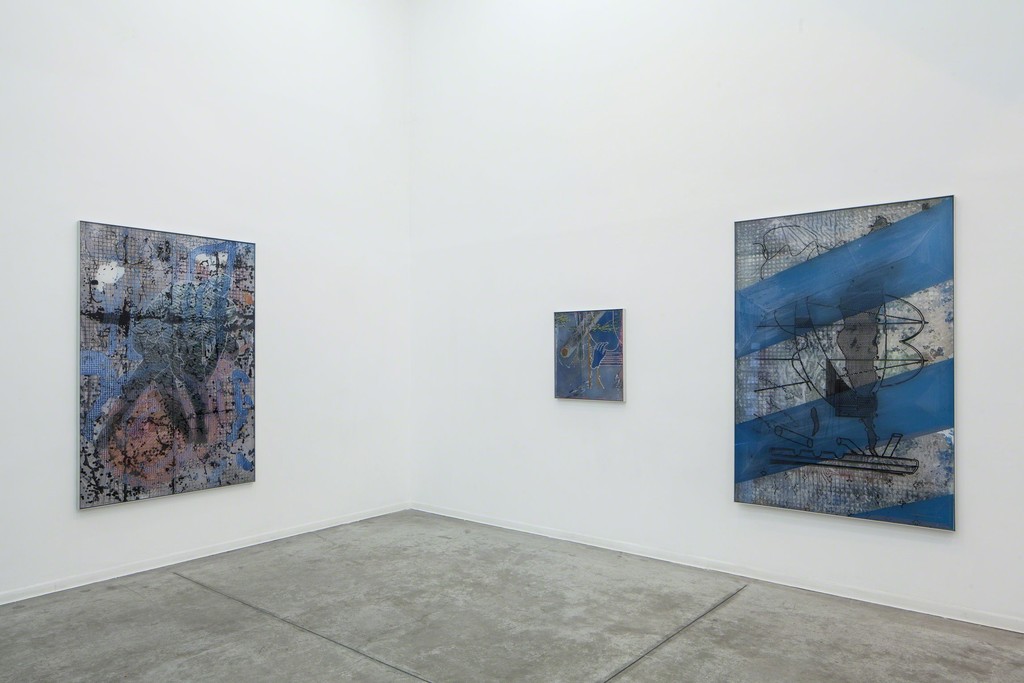 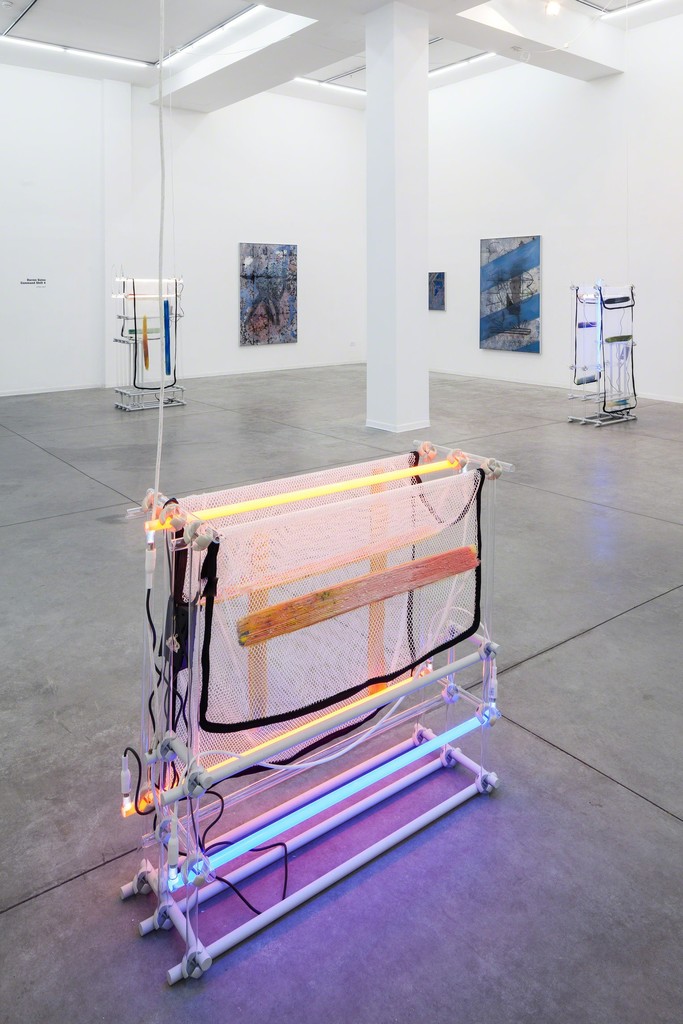 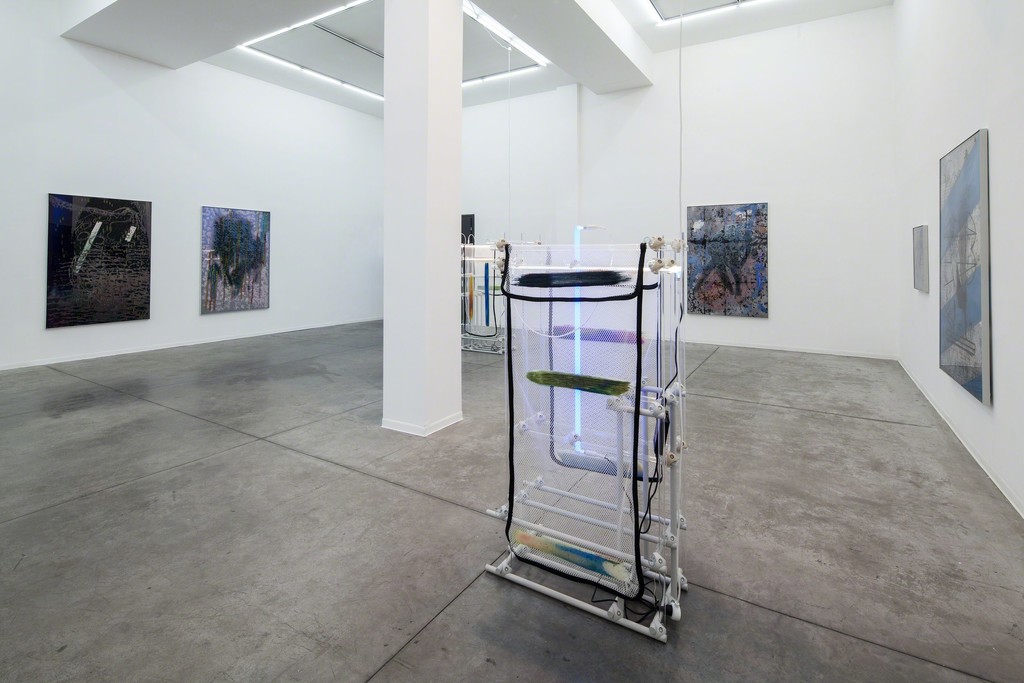 I start by drawing with the computer. I’ve been approaching painting through digital drawing since forever really, or that’s where I started when I began making art about ten years ago. I’d like to say “with the computer” instead of “on the computer”, since the result has much to do with the software I choose to work with at the time.

All these glitches, blips, and geometric paths that you see in the works can be attributed to the computer – it is definitely the vehicle that’s driving in this case. I use the computer as a database for collecting images as well, mostly via online resources and text books. ‘Importing’ these pictures into the drawings, I wish to instigate the linearity of my working process.

The browsing experience allows for finding correlations between things that may have otherwise never interconnected. The computer has its own type of language, when presenting the images sorted through ‘1 2 3 4 5 6 7’ numerated pages, everything becomes well leveled. However, “honey bee,” for example, can possibly be found sharing the same level as “exploding soda can” which will be next to the “chart of core values,” and so on. I find that nice.

I would say I work on the backside of acrylic panels to emphasize these aims. The reticulated sheet encases and levels all information in painting while adding a thin, subtle element of material which separates me from the image, very much like a monitor does.

Once the drawing feels ready to go I load it to a flash drive and place it into the CNC software, to etch a low relief of the image into the acrylic panel. For this process to work, the image has to be first re-drawn as a set of cut paths instead of a pixel-based raster. I usually let the software work out the conversion routine by itself, calculating the pragmatic distances of the drawn lines. At that stage, the drawing may change drastically.

There is a variety of approaches I go through once I have an etched image. The latest method deals with casting surfaces: often work surfaces that ‘carry’ the ghosts of previous studio processes, applying a sort of an autobiographical emblem to the work. As an example, a few of the works in the show are castings of the rubber material used in my public sculpture in NYC . I wanted to physically transfer into the paintings the impressions of the footsteps collected on these surfaces for over a year, bringing an unmediated taste of the outside world into my computer-generated realm.

Darren Goins (b. 1984) received his BA from the University of North Carolina at Charlotte (2009). His previous exhibitions include shows at Whitcher Projects, LA (2014), Invisible Exports, NYC (2014), Small Black Door, NYC (2012) and Artspace, NC (2010). Soon after his graduation, Goins has been accepted to the Artist in Residence program at the McColl Center for Visual Art in Charlotte, NC and had public art commissions from New York City Department of Transportation and the Charlotte Area Transit. Born and raised in North Carolina, Goins currently lives and works in Los Angeles, California. Command Shift 4 is Goins' first show at Hezi Cohen Gallery, Tel Aviv.