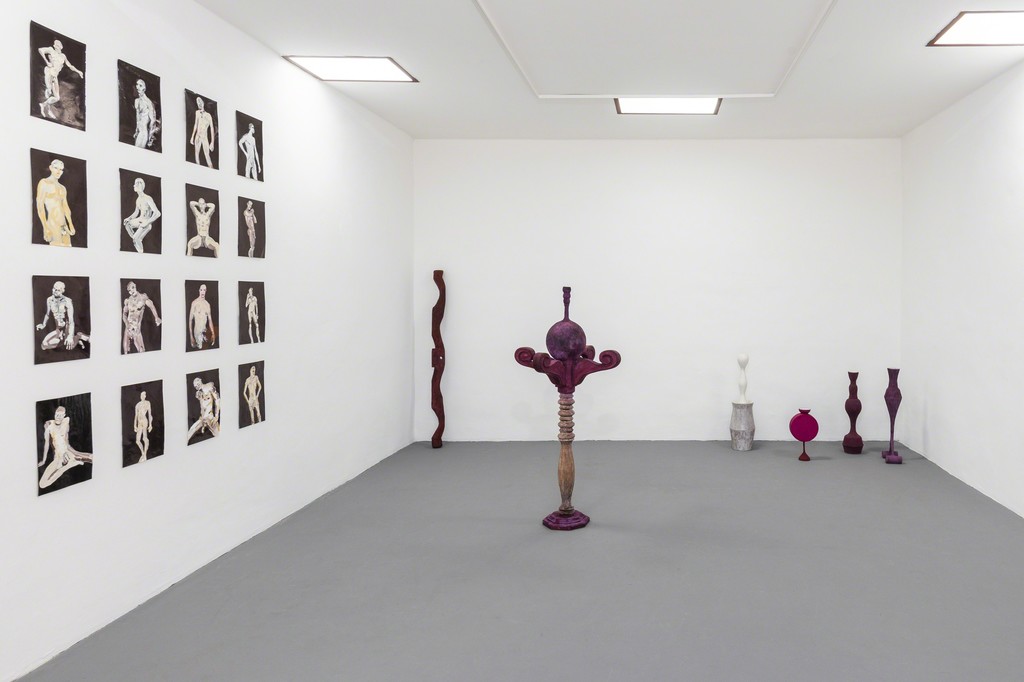 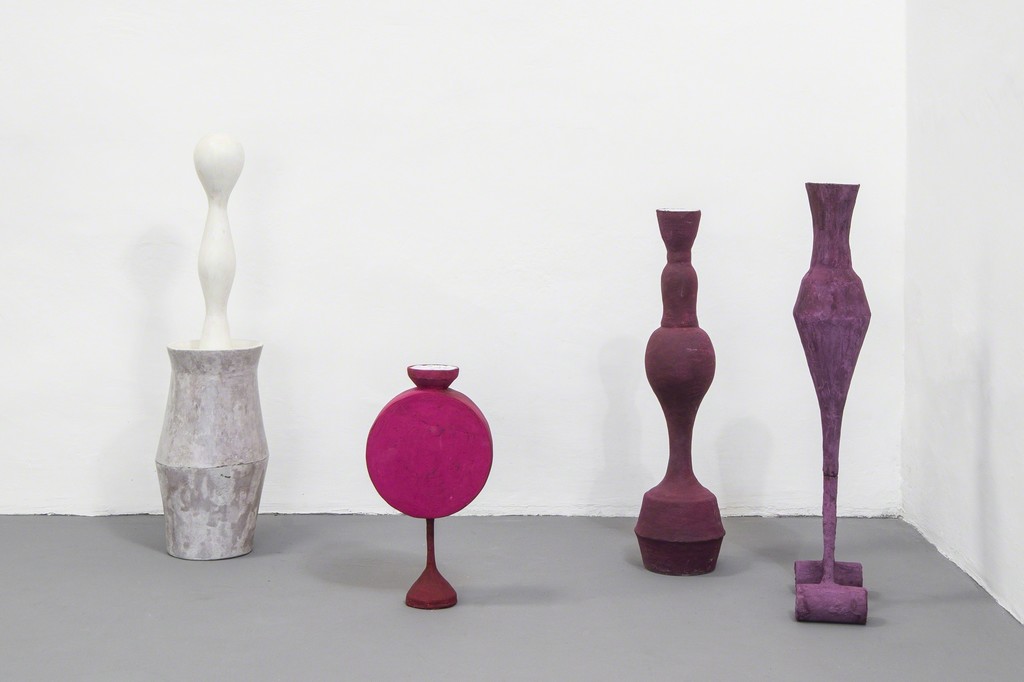 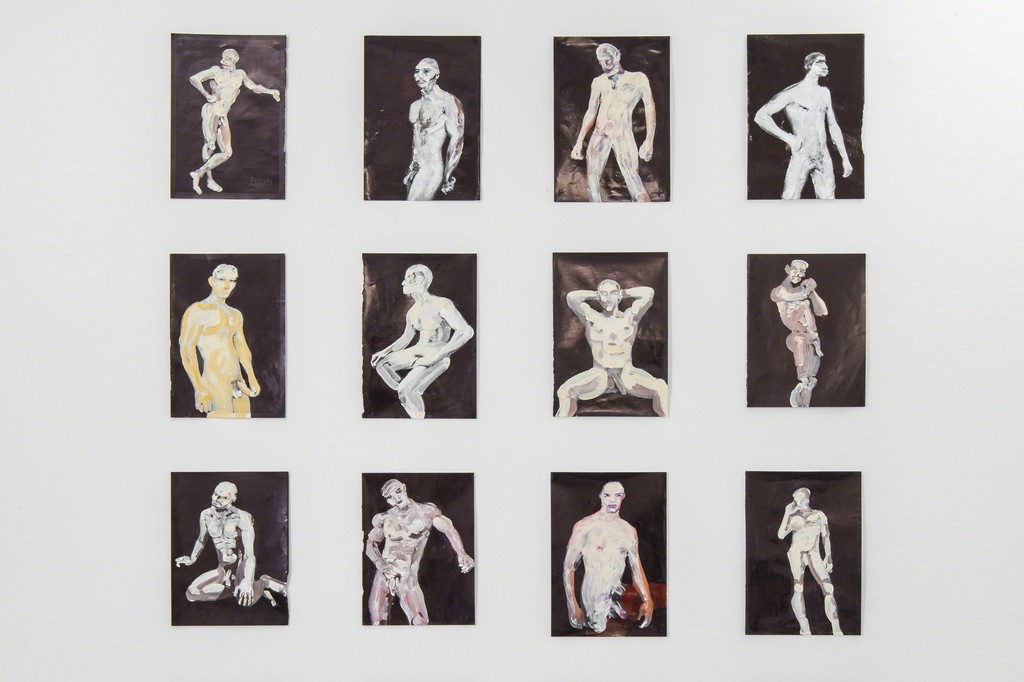 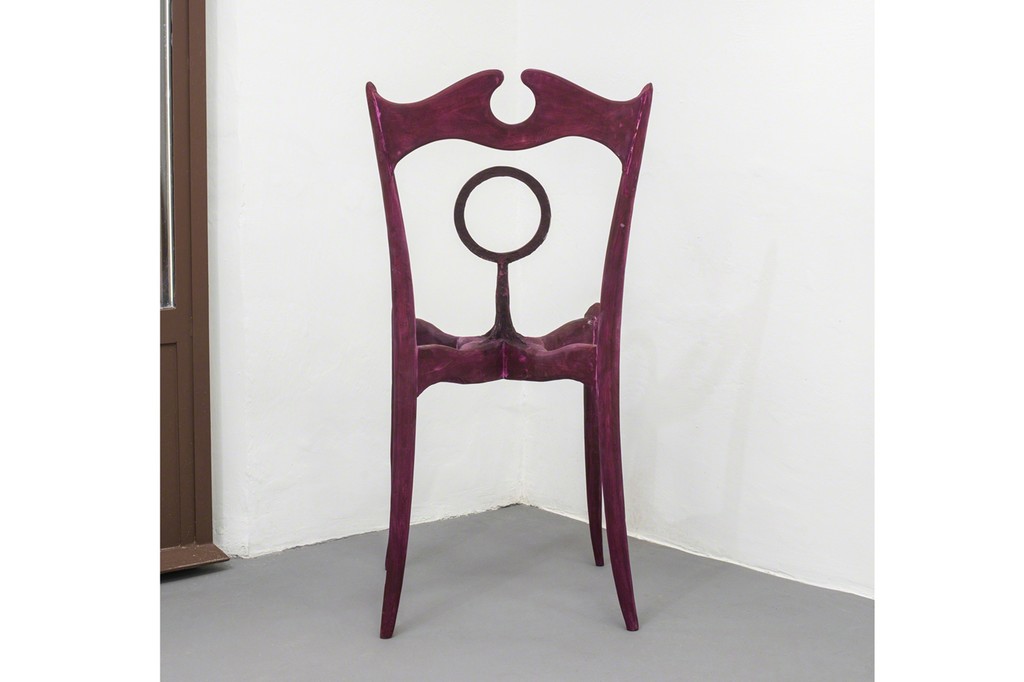 Both artists are using existing originals as their starting point. Whether these be abandoned pieces of furniture, old pornographic images or pop videos from the 80’s. The common ground is the action of re-working, making changes that re-contextualise the original whilst leaving the primary piece much in evidence. The artist is revealed not only through their interventions, but by their choice of materia prima. A choice, that is related to personal memory, anachronistic, but through their intervention catapulted into the present. During the process of both adding and subtracting, distinguishing characteristics of the original fall away and a resurrection occurs simultaneously. Maybury’s fascination with club culture, re-working his own past footage in his film ‘Read Only Memory’ 1998 by using electronic and digital manipulation, is now painting on found pornographic images revealing lone porn stars, marooned in black. Mugnaini is sourcing mass-produced, discarded pieces of furniture and artefacts, taking them into his studio, and working them back by subtracting from the original, then painting upon them, until they take on a different form entirely, producing anthropomorphic forms that have a poetry in their new lives as dispensable but beautiful beings.

The re-contextualizing of these objects relates to the current state of work and how it is morphing from the essential labour based activity of creating objects of necessity and desire from raw materials, to a process of refinement, where incremental changes are applied to existing products and ideas. Maybe evolving to a point at which human intervention is not required at all.

This exhibition then is primarily concerned not with the creation of originals, but with revealing the idea of work as an historical intervention, between man and material, and our new position in this period of transformation.