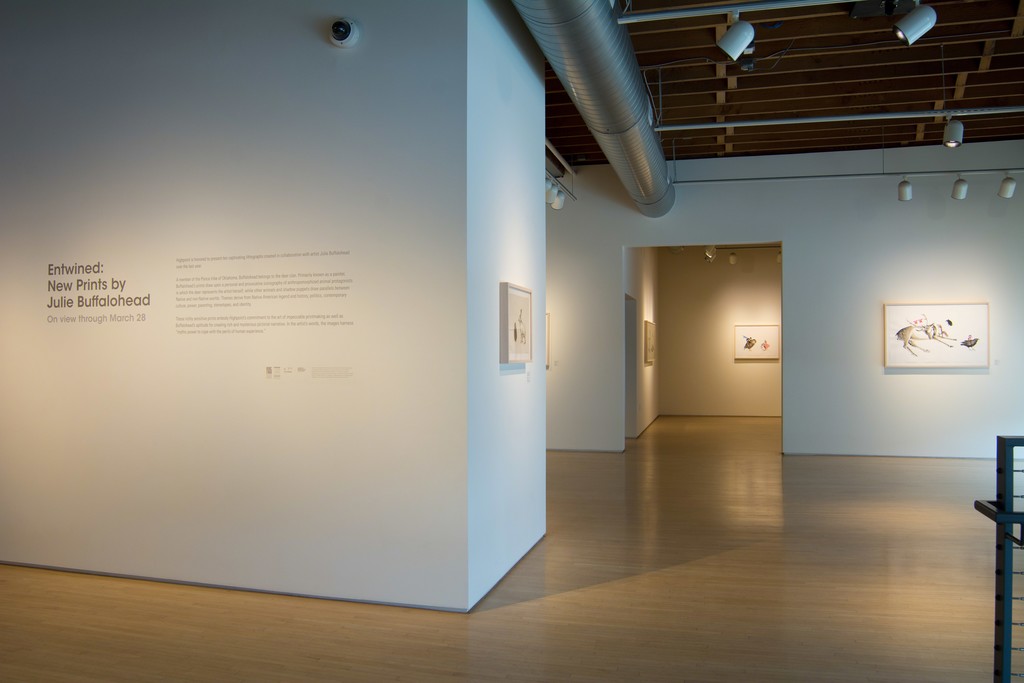 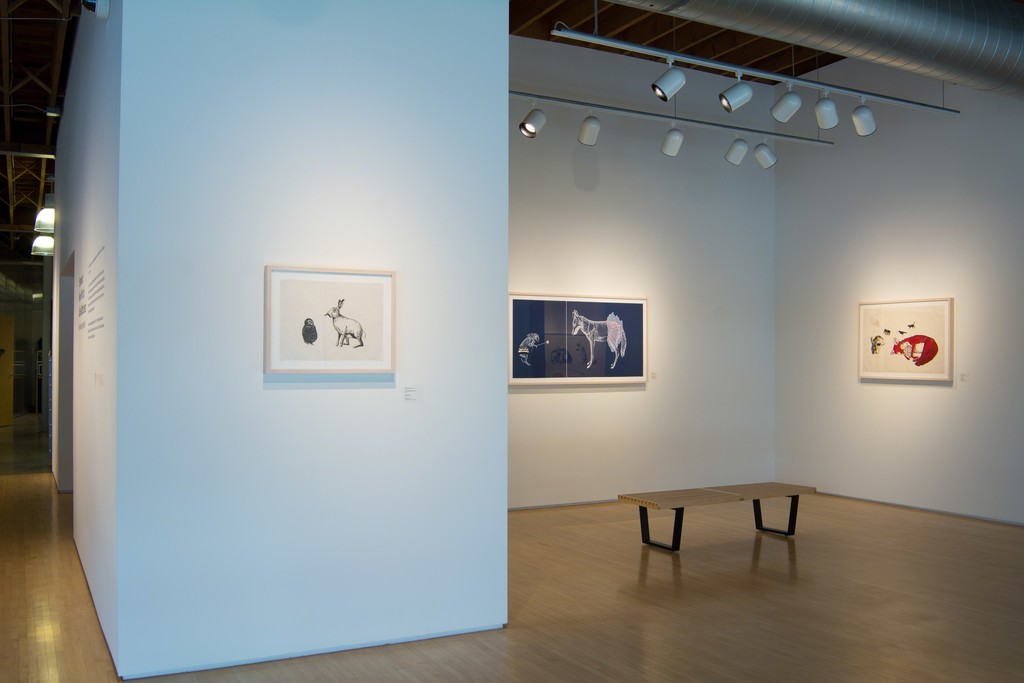 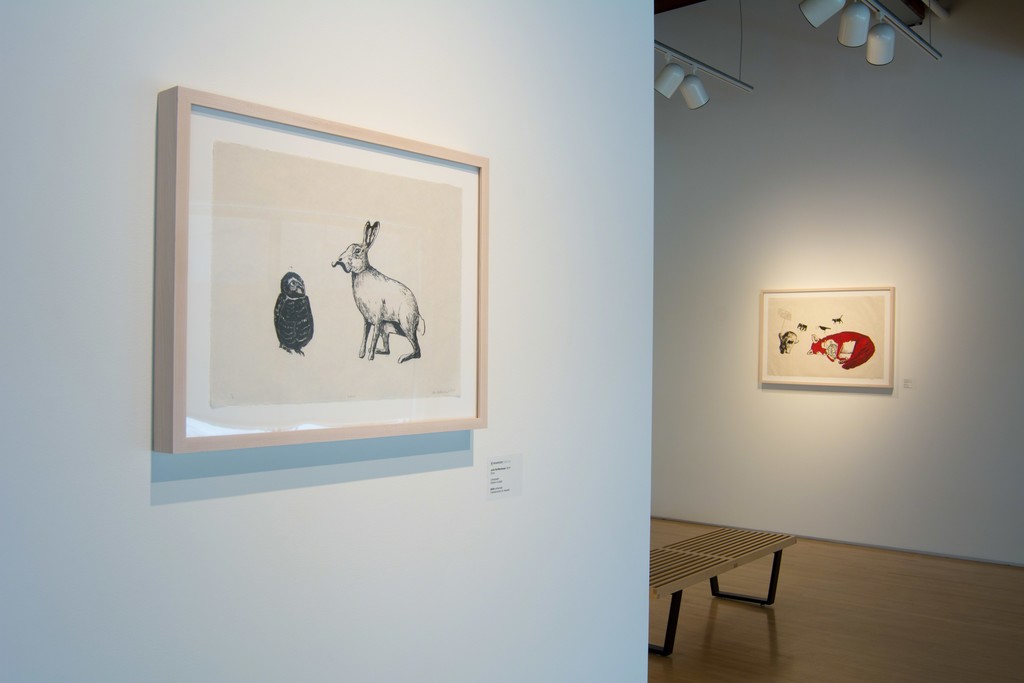 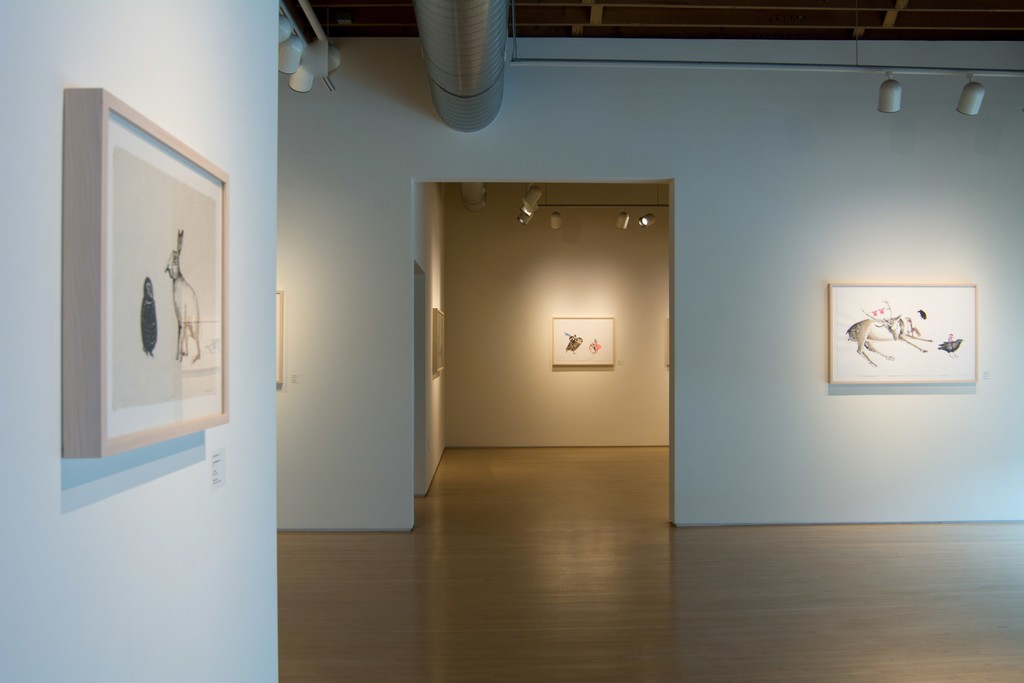 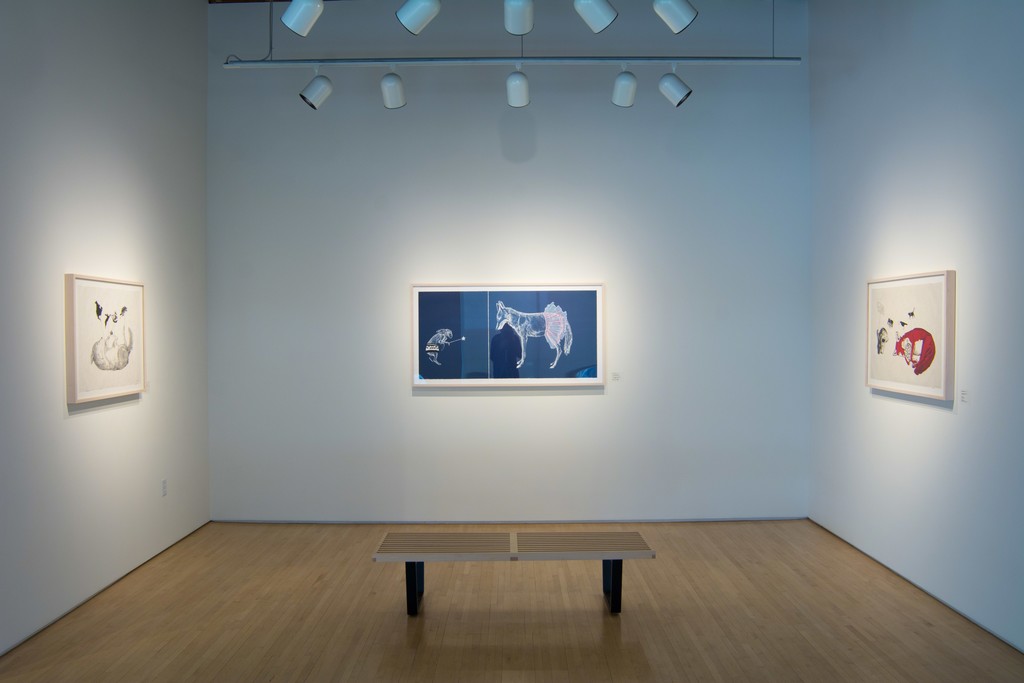 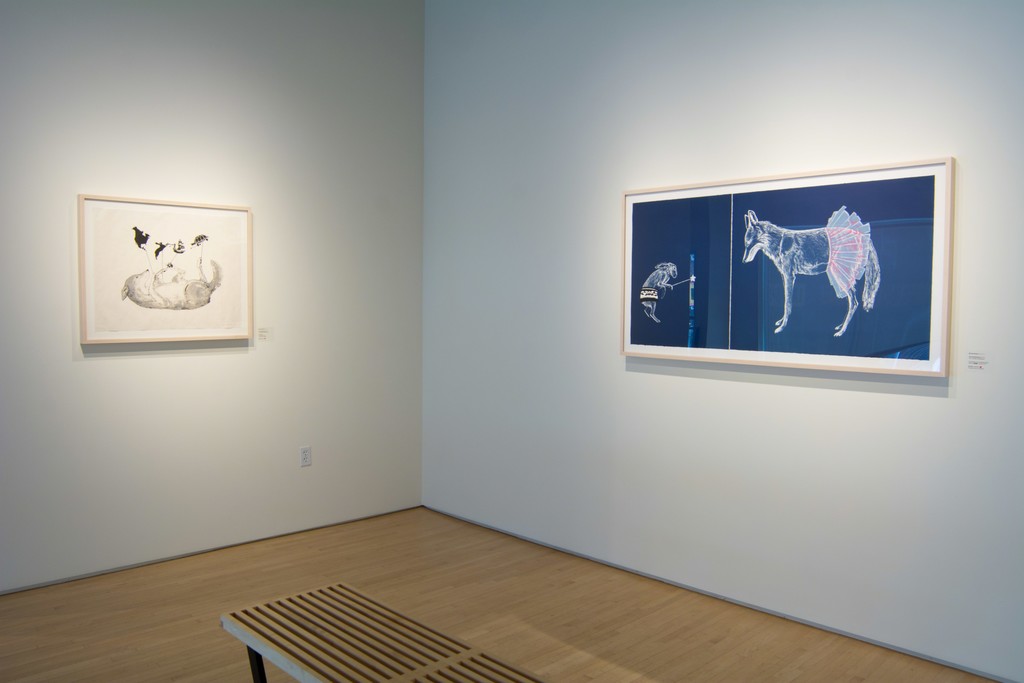 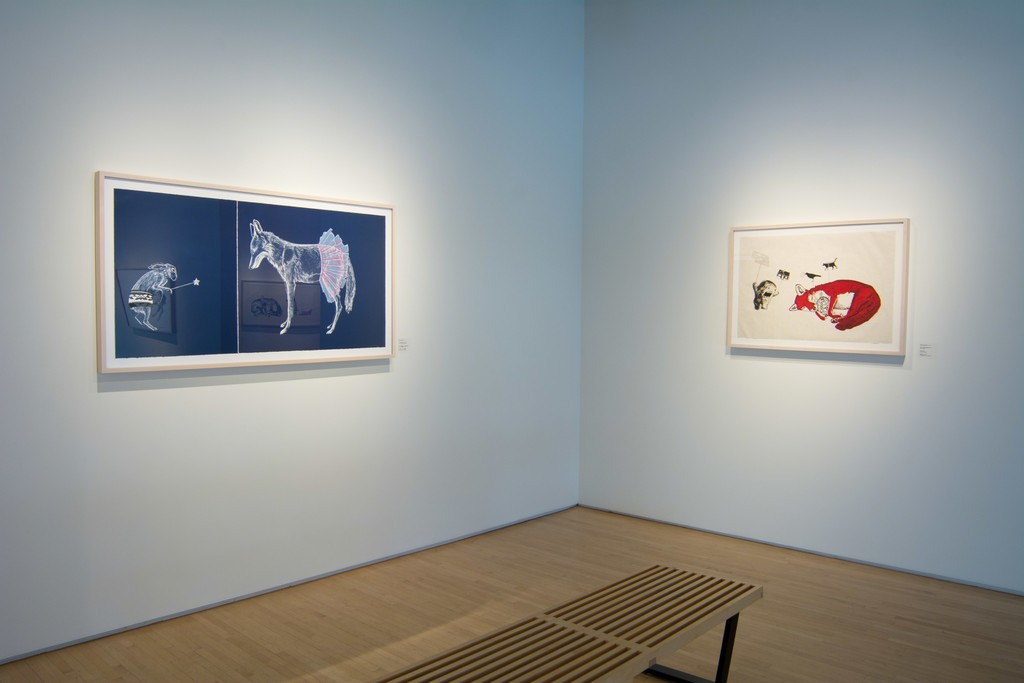 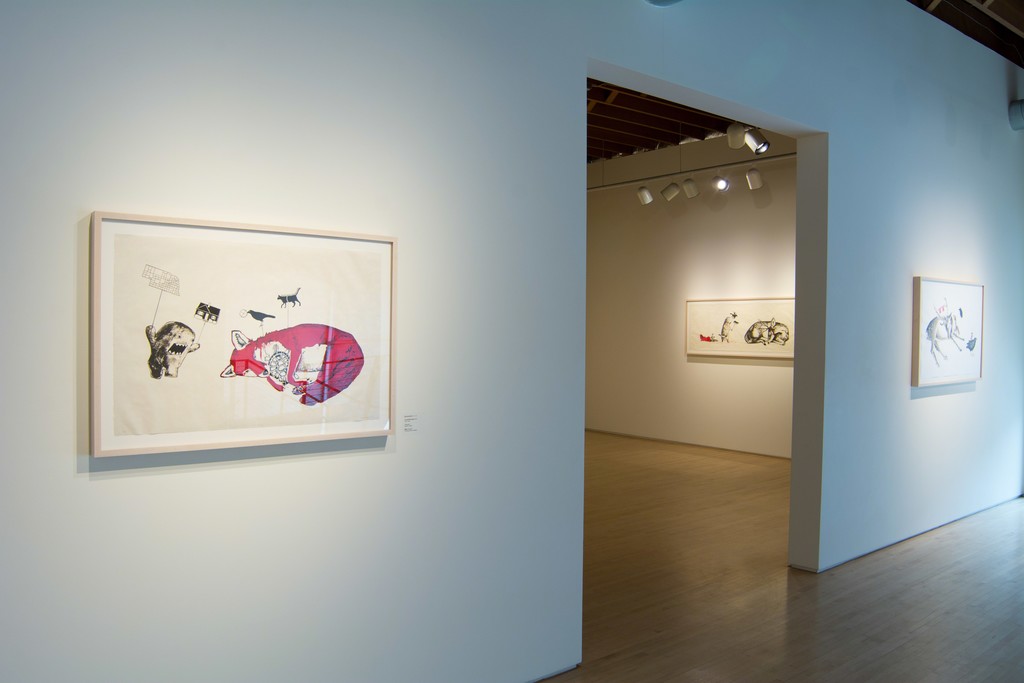 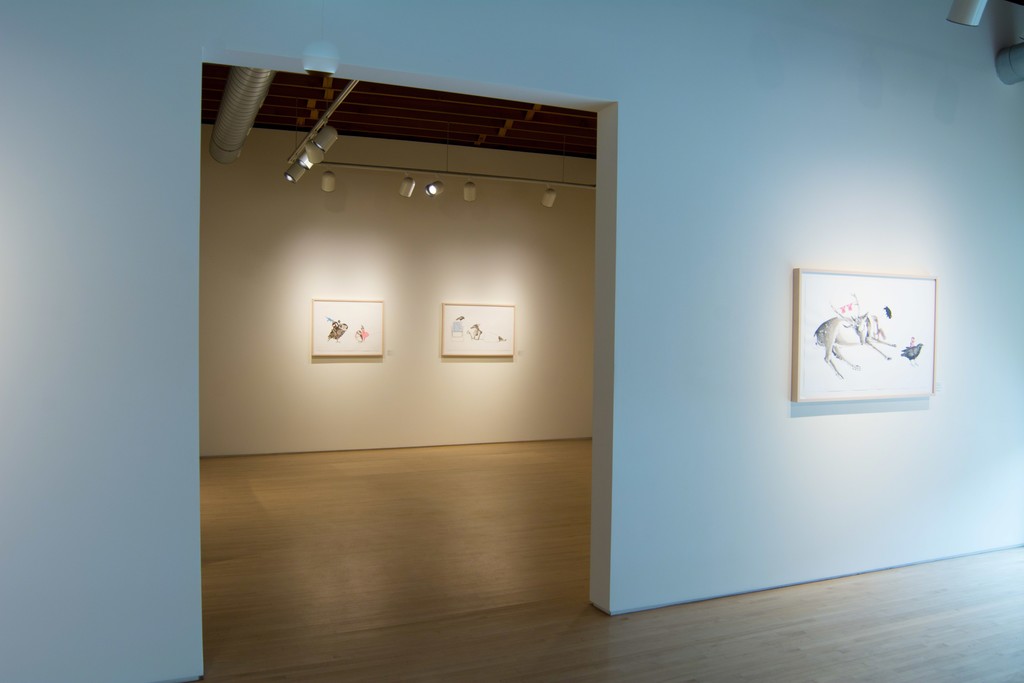 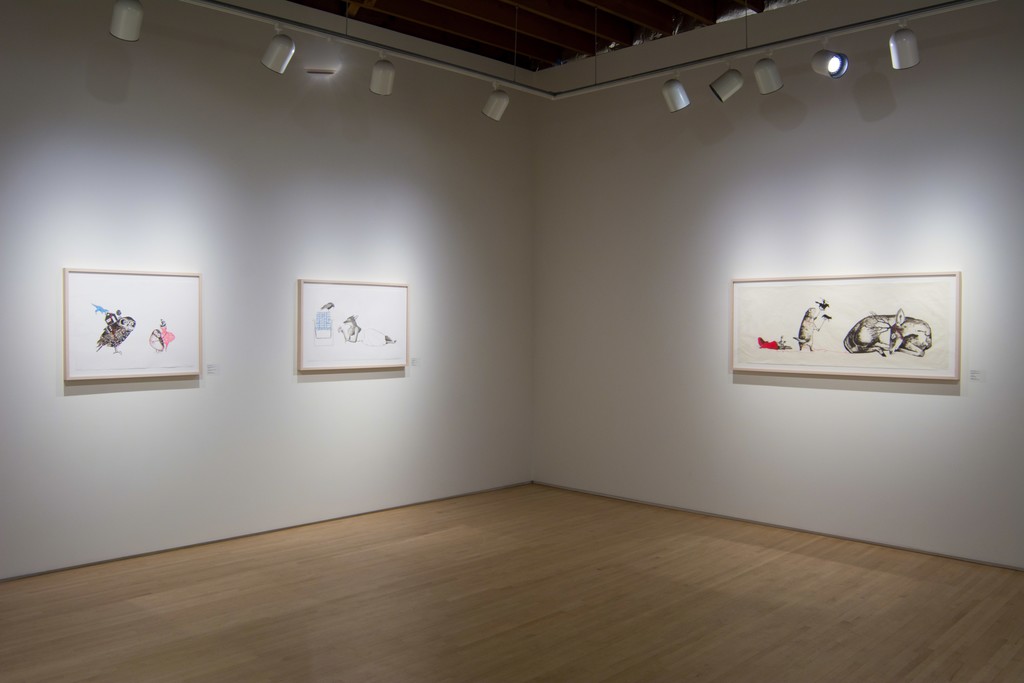 Highpoint is honored to present a group of ten captivating lithographs created in collaboration between artist Julie Buffalohead and Highpoint’s professional print workshop, Highpoint Editions. A member of the Ponca tribe of Oklahoma, Buffalohead belongs to the deer clan. Primarily known as a painter, Buffalohead’s printed editions draw upon a personal iconography of anthropomorphized animal protagonists in which the deer represents the artist herself, and other animals and shadow puppets draw parallels between native and non-native worlds. Themes are drawn from Native American legend and history, politics, contemporary culture, power, parenting, stereotypes, and identity. These richly sensitive prints embody Highpoint’s commitment to the art of impeccable printmaking as well as Buffalohead’s aptitude for creating rich and mysterious pictorial narrative. In the artist’s words, these images harness “mythic power to cope with the perils of human experience.”

About Julie Buffalohead
Julie Buffalohead (b. 1972) lives and works in St. Paul, MN, and is a member of the Ponca Tribe of Oklahoma. She holds a BFA from the Minneapolis College of Art and Design, and an MFA from Cornell University. Buffalohead has participated in group exhibitions at the Weisman Art Museum (Minneapolis), the Eiteljorg Museum of American Indian and Western Art (Indianapolis), the Carl N. Gorman Museum (Davis, CA), The Plains Art Museum (Fargo), and Artfit Exhibition Space (Phoenix), among others. She has had solo exhibitions at Carleton College, St. Thomas University, St. Johns University, and the Bockley Gallery in Minneapolis. The Minnesota Museum of American Art is staging a retrospective of her work on view December 18, 2014 – February 22, 2015.