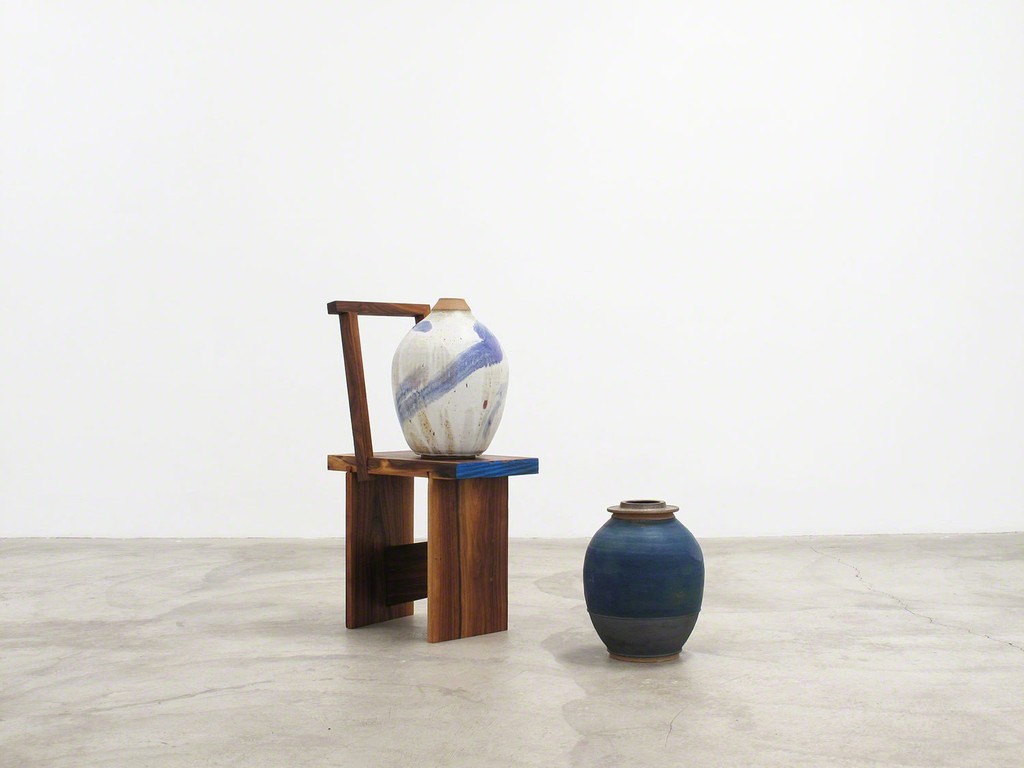 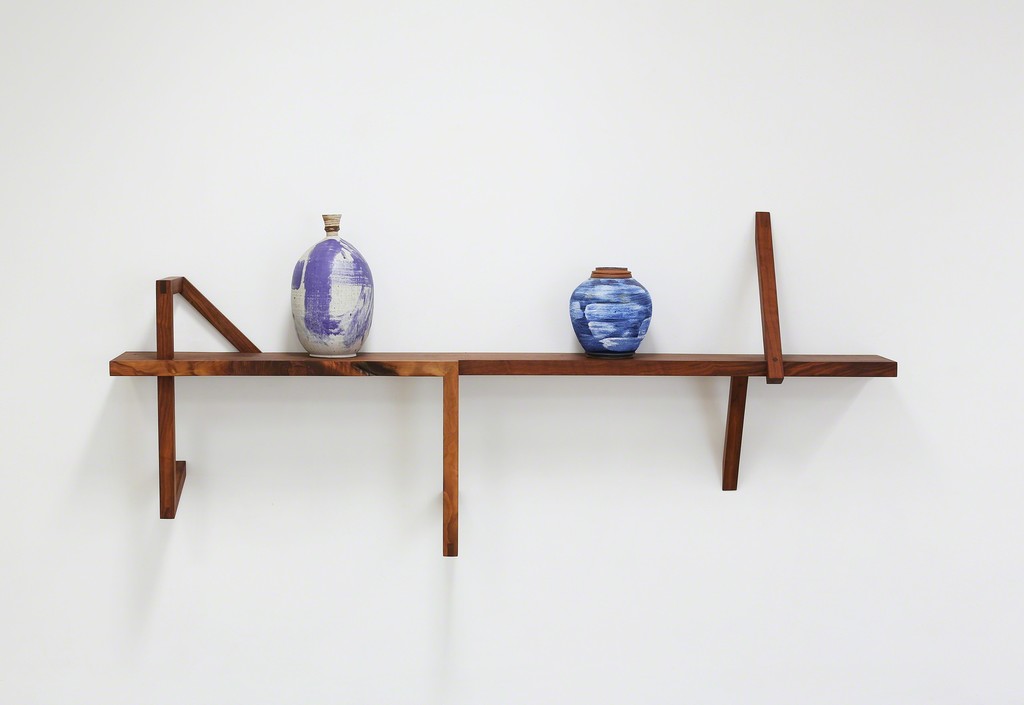 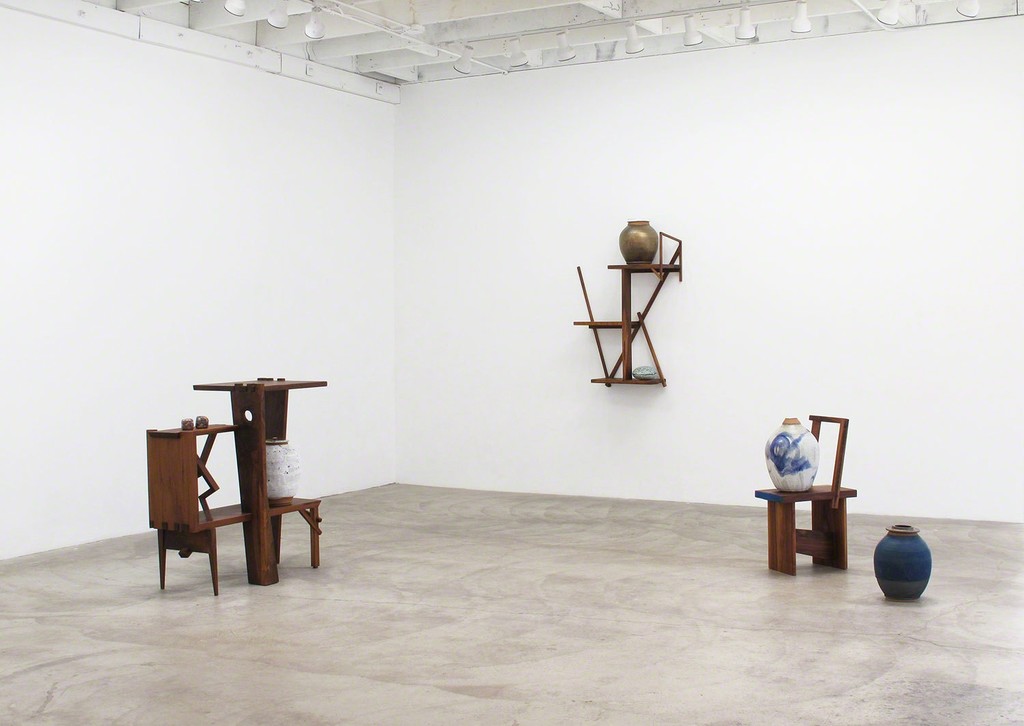 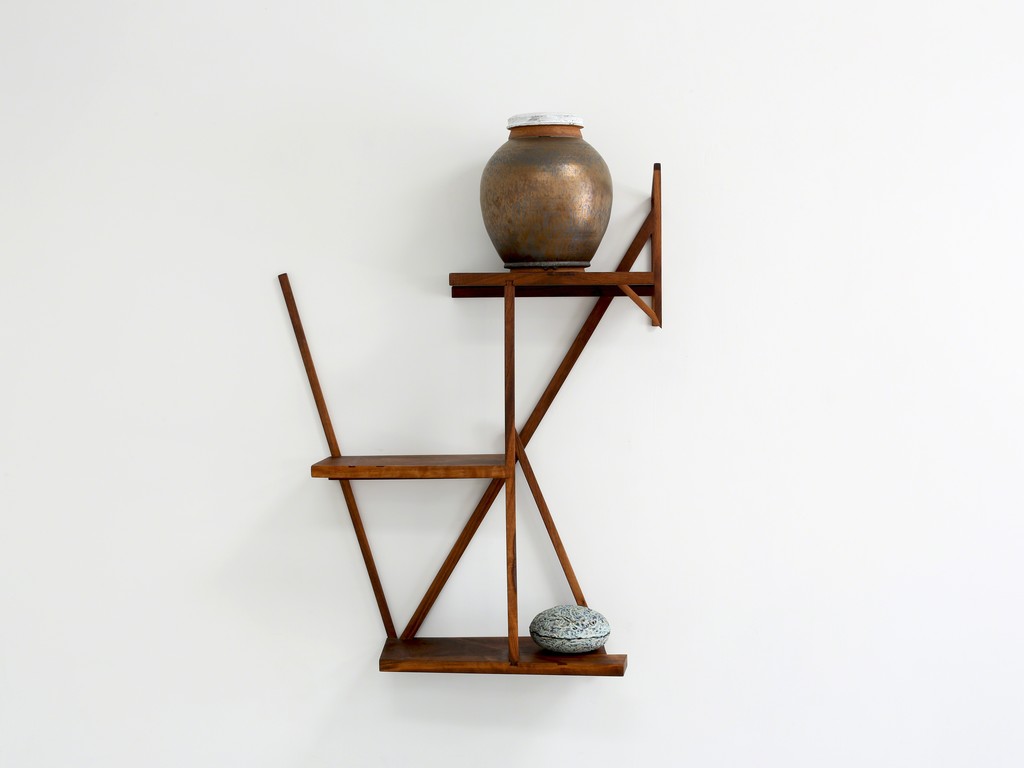 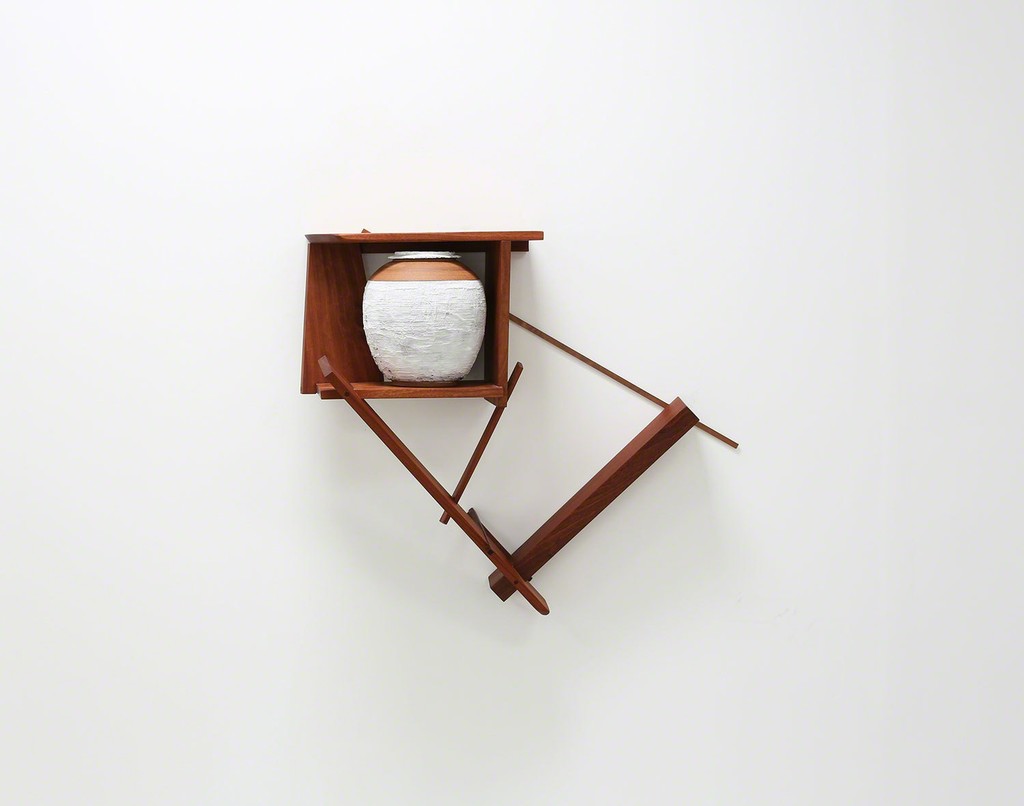 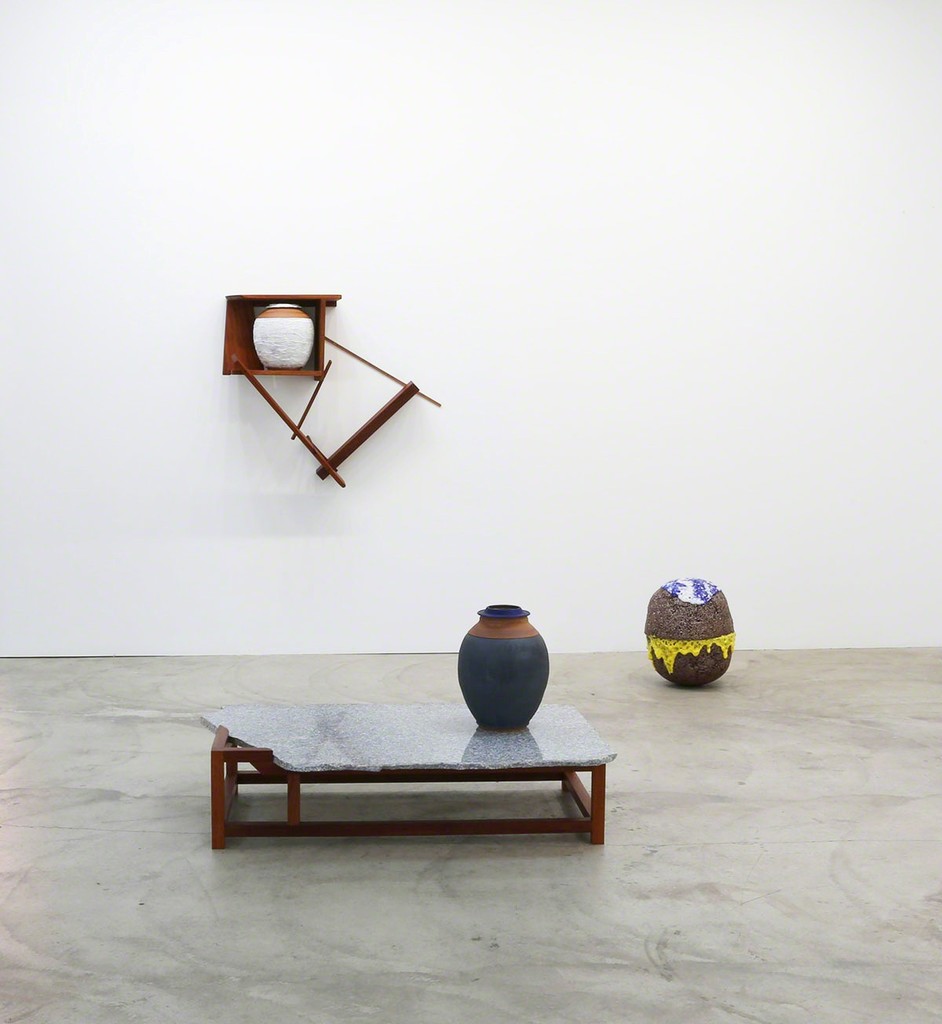 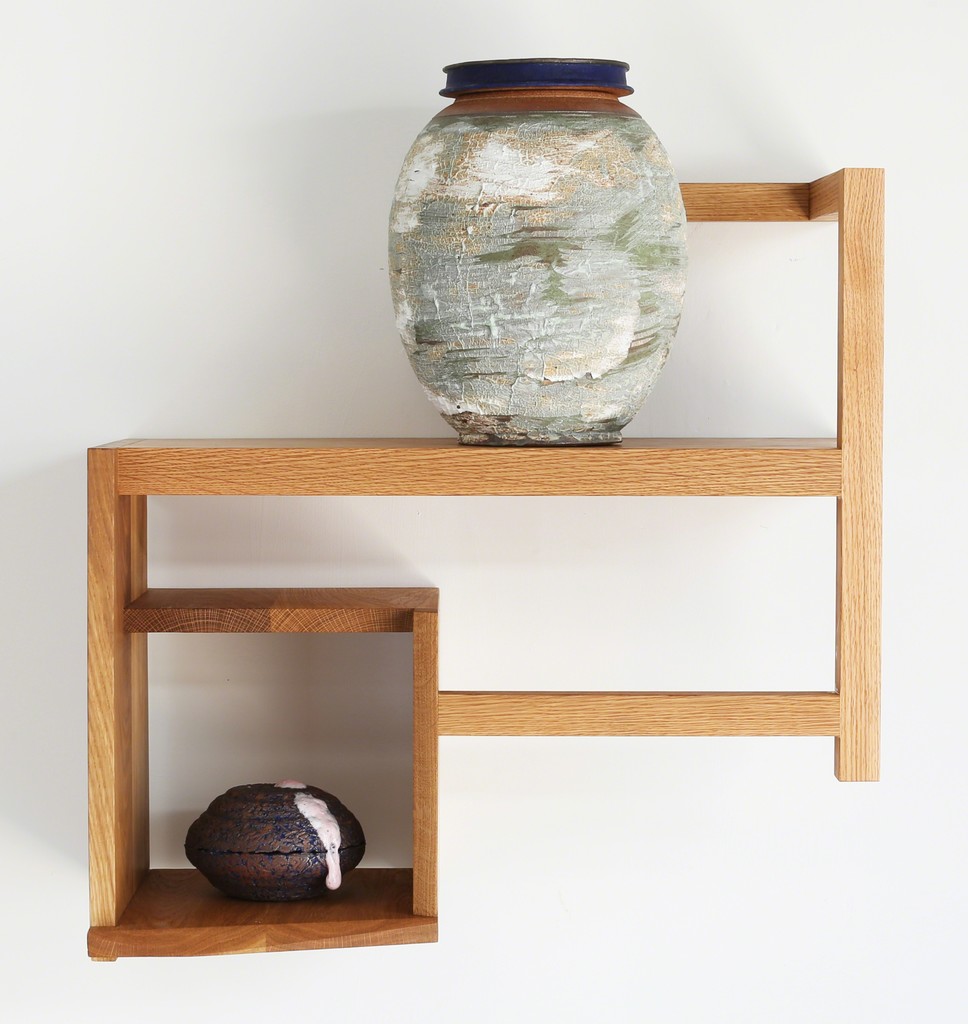 Hildebrandt Studio is pleased to present ‘A Door Too Low’, a two-person exhibition featuring the first collaborative installation by Los Angeles based artists Shoshi Kanokohata and Taidgh O’Neill. The show will open on Saturday, October 24, 2015, with a reception from 6 pm to 8 pm at 5880 Blackwelder Street in Culver City, and will be on view through November 21, 2015.

The title of the show references a tale about the famous tea master Sen no Rikyu, an avid promoter of the wabi-sabi aesthetic in sixteenth century Japan. Embracing the ideals of beauty in things imperfect and incomplete, Rikyu created a new form of tea ceremony using very simple instruments. He constructed a modest teahouse with its door built deliberately too low, so that all who visited, including the emperor, had to bow in order to enter. By doing this, he taught a lesson about finding wisdom in shifting perspective, and reminded everyone of the importance of humility before tradition, mystery and spirit.

Both artists in the exhibition share the same sensibilities outlined in the tale above, even though they work in distinctly different ways - Shoshi Kanokohata in ceramics and Taidgh O’Neill in wood. Centered around a dialogue between their two practices, the show ‘A Door Too Low’ at Hildebrandt Studio brings together a selection of the artists’ works, reconfigured into fresh sculptural iterations through a performative gesture. The collaborative installation, fueled by the appreciation of each other’s practice while working in adjoining studios, presents itself as an alternative theoretical stance to today’s mass-produced, fast-paced world, and represents a new step in Kanokohata and O’Neill’s oeuvre, which they approach as a continuous process of shifting between the functional and sculptural identity of the objects.

Shoshi Kanokohata embraces the ceramic medium as an existential meditation, in the lineage of the Japanese wabi-sabi aesthetic. A recent graduate from UCLA, Kanokohata journeys into ceramics through an investigative process of the vessel form and its various expressions. His ceremonial lidded vessels, elegant and mysterious, with subtle hues and rough textures are part of his recent series of works called “In Memory”, which illustrate his regard for both the glory and the melancholy found in the marks of time. Kanokohata leaves it up to the viewer to discover the hidden signs of flawed beauty formed in the exterior glaze of the vessels after firing, outlining his contemplation of the unpredictable, a concept that resonates with much of his work. Kanokohata’s ceramic wall pieces, “The Stringent” series, serve either as single stroke drawings or larger choreographed compositions constructed from the trimmings shaved from the exterior contour of the vessels. The “Delicacy” series, displayed in the exhibition ‘A Door Too Low’ at Hildebrandt Studio, represent various gestural renderings of deconstructed lines that bear the mark of the artist’s playfulness in their imperfections.

Taidgh O’Neill takes cues from predecessors like Donald Judd and welcomes the connections between art, design and craft in his practice. Drawing inspiration from the city’s fractured architecture, O’Neill shifts the familiar perspective on the domestic object and creates sculptural wooden structures, which he often titles after Los Angeles neighborhoods. The Echo Park console and the Boyle Heights shelves in the exhibition 'A Door Too Low', informed by his training in fine arts, mirror the geometries and intersecting planes of abstract painting and sculpture. “I am interested in making things look broken and stable in that brokenness”, explains O’Neill about his process of working with natural materials and minimally assembled configurations. By combining techniques of reductionism and framing, O’Neill reduces the diversity of ornamentation and makes a sharp focus on the natural imperfections of the specifically selected wood species. His works emerge through improvisation in design, and through a series of calculated responses to errors in the construction process, generating fragmented objects charged with an unexpected potential of expanding the language of his practice.

Taidgh O’Neill was born in Milwaukee, Wisconsin in 1980. He received a BA in Fine Arts from UCLA in 2008. After graduating, he became interested in furniture design and the articulation of space. His designs range from shelves to chairs to objects, all handcrafted in his studio in Los Angeles. O'Neill has exhibited throughout the US, most prominently at design fairs, including: ICFF, New York (2012), FOG Design + Art, San Francisco (2014), Parachute Market, Los Angeles (2015), and as a professional partner at Art Los Angeles Contemporary, Los Angeles (2015). Taidgh O'Neill lives and works in Los Angeles.