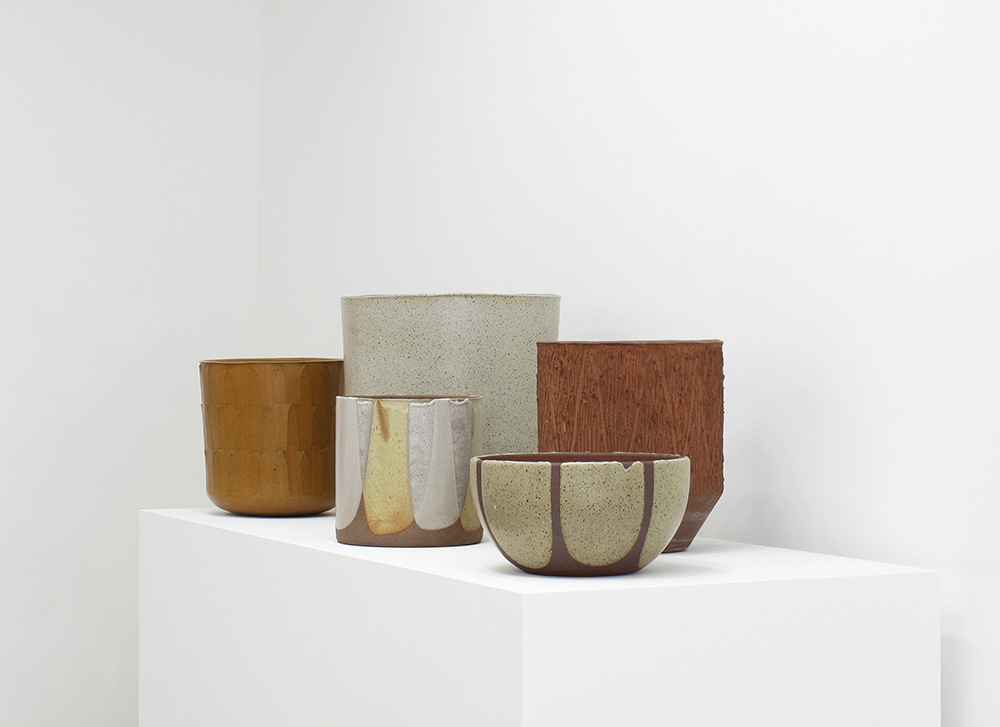 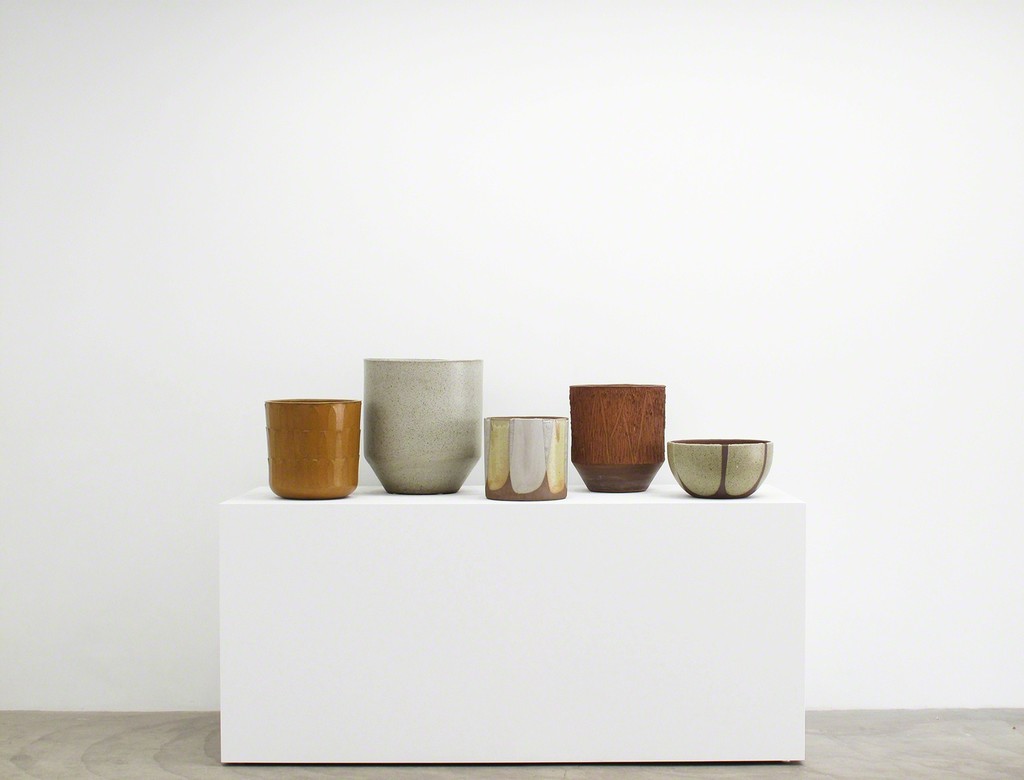 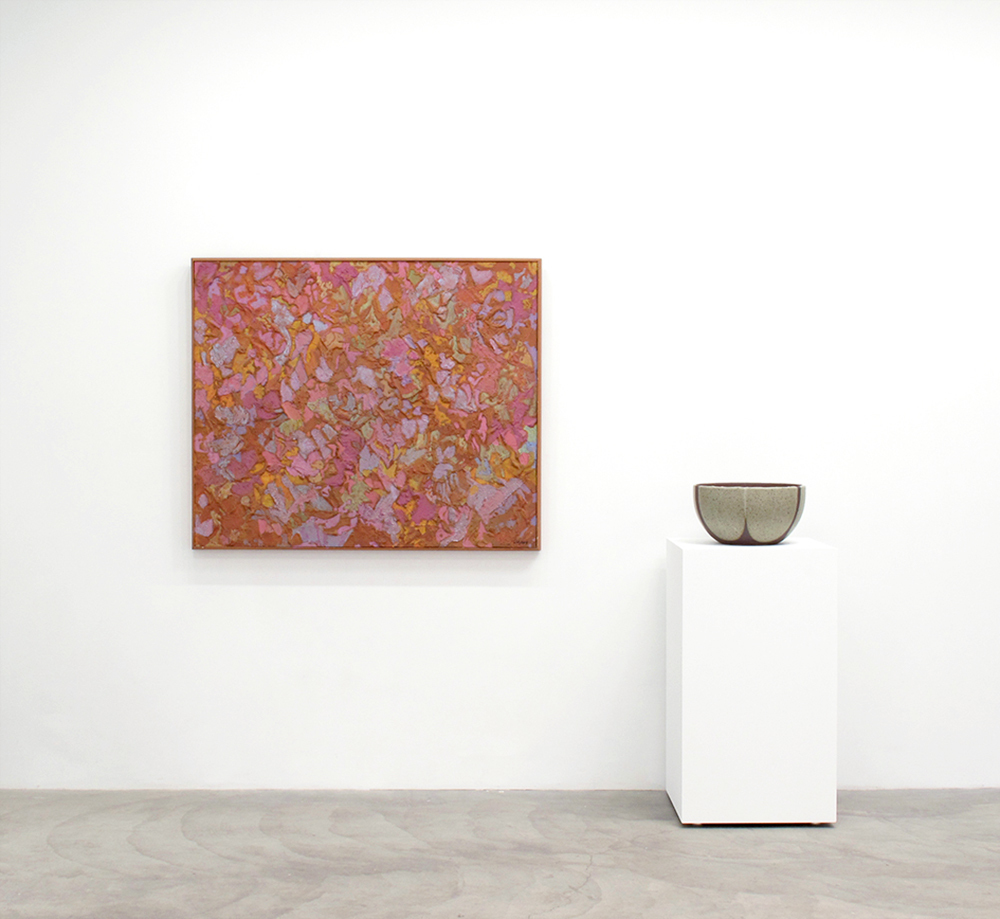 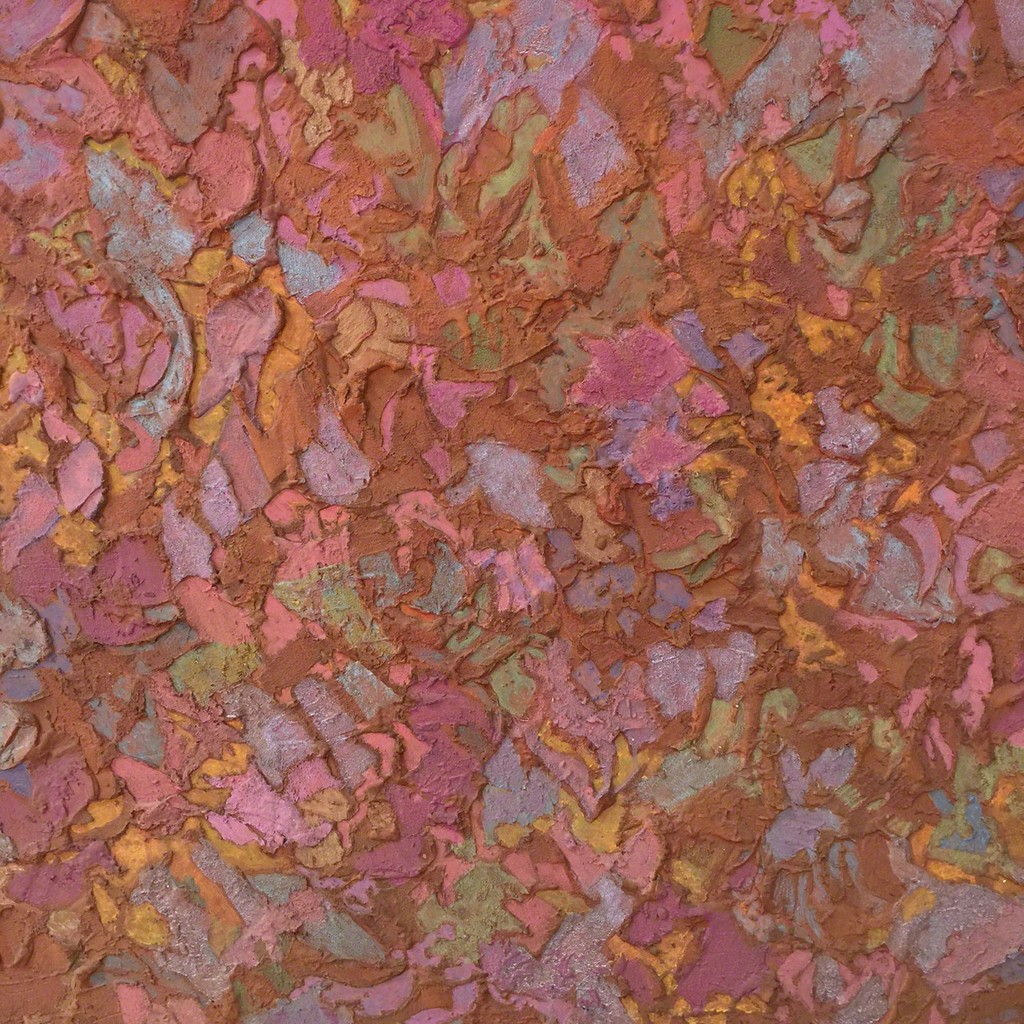 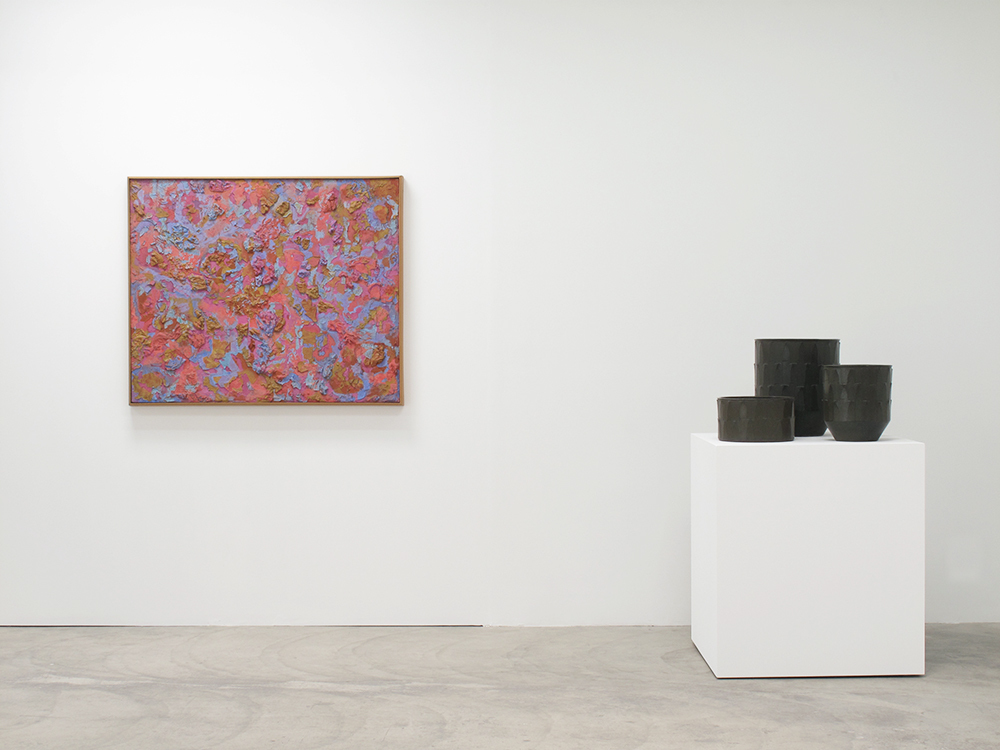 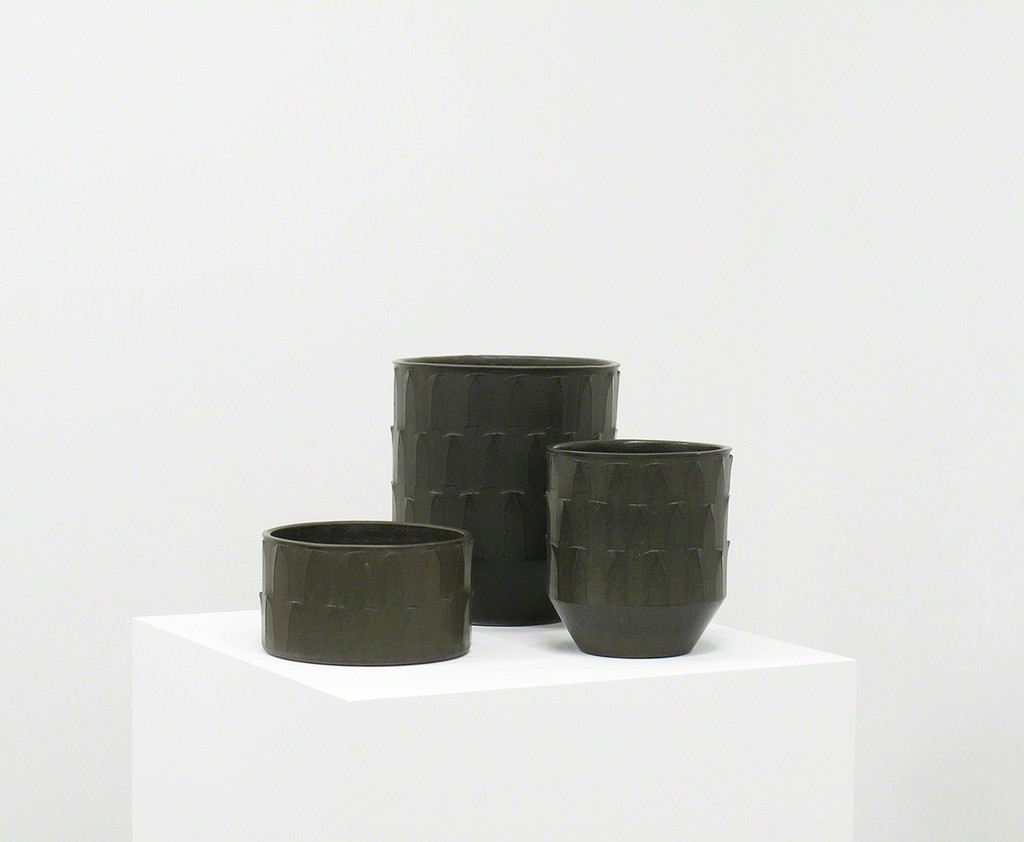 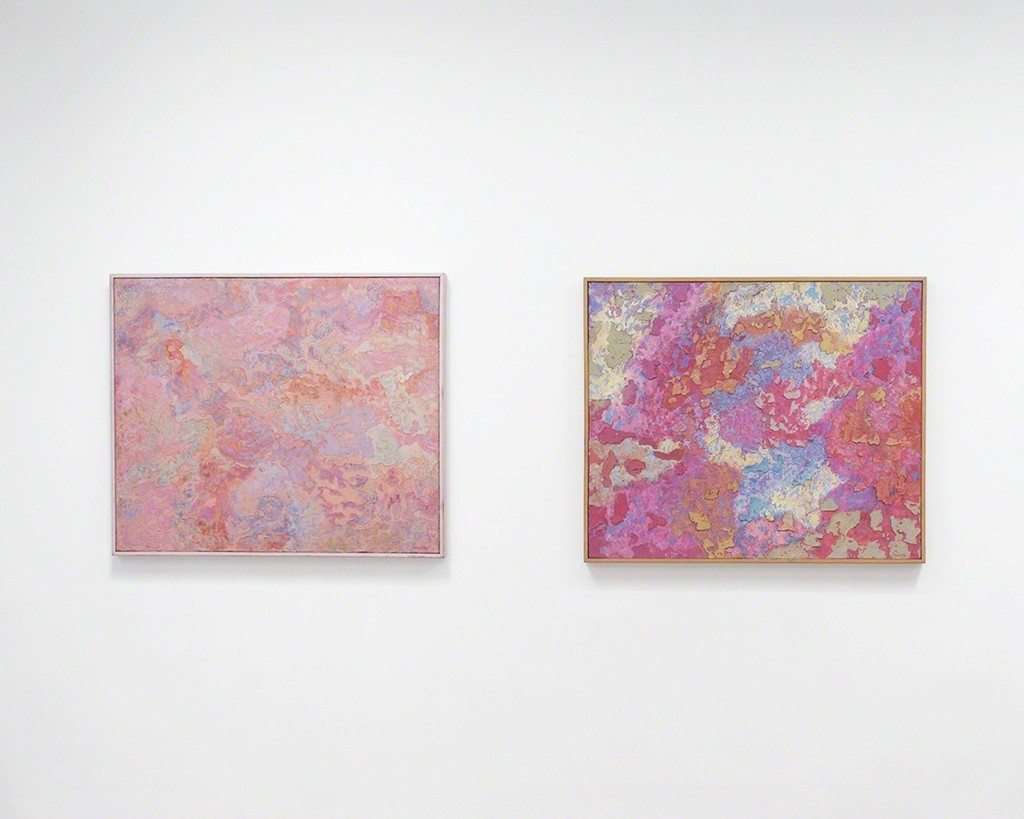 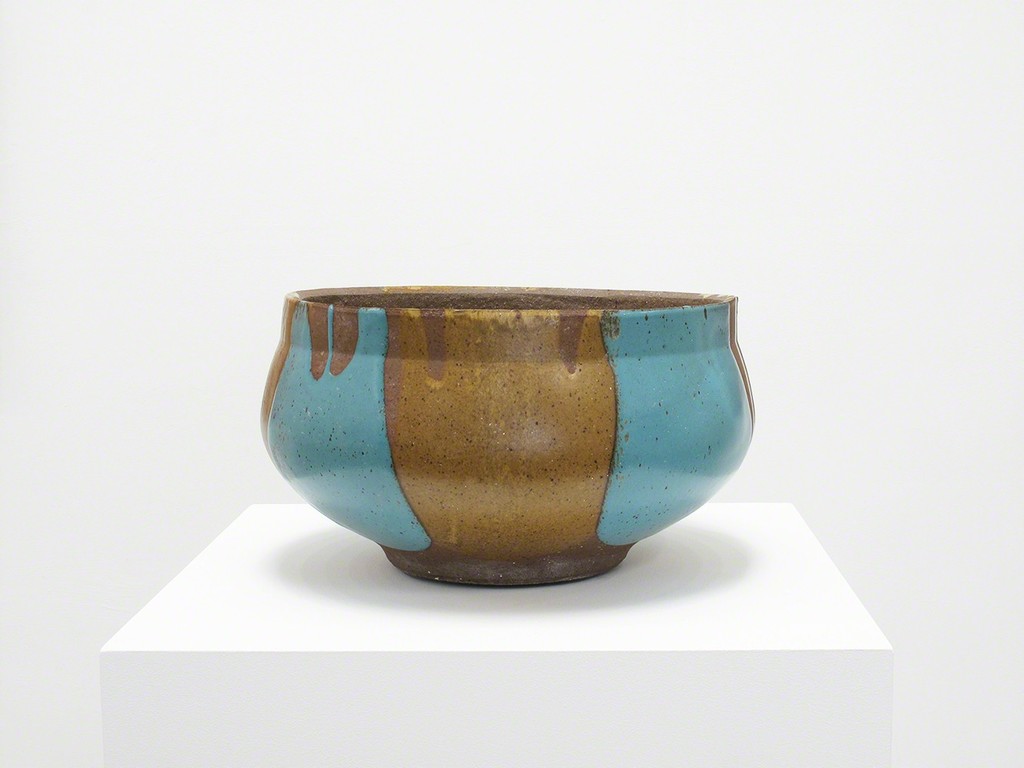 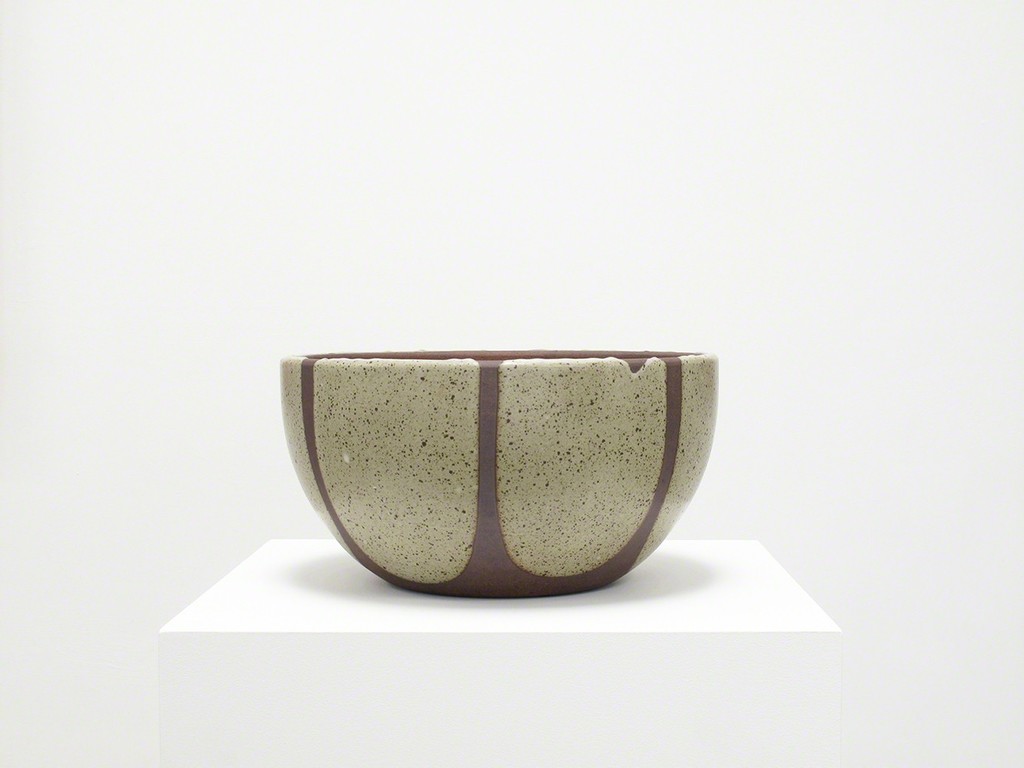 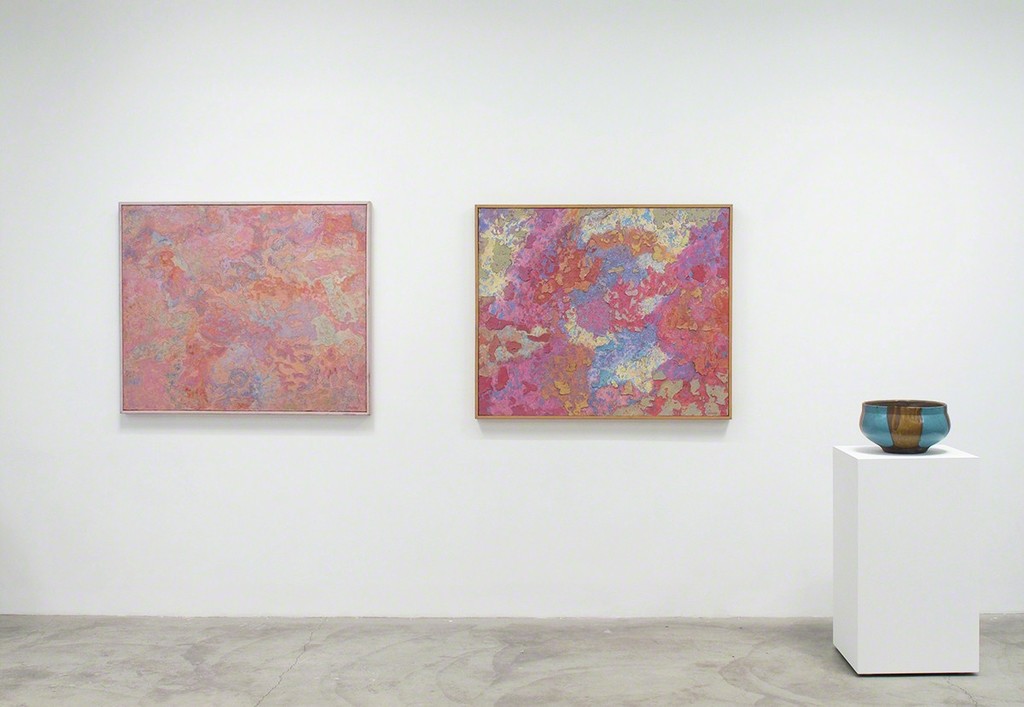 Hildebrandt Studio is pleased to announce “David Cressey – Landscaping California”, the first exhibition of ceramics and paintings by Los Angeles artist David Cressey. The exhibition will open on Saturday, May 9, 2015, with a reception from 6 – 8 pm, at 5880 Blackwelder Street, Culver City, 90232, and will be on view through June 12, 2015.

David Cressey (1916 – 2013) is widely recognized as an influential multi-disciplinary artist who, over the course of a six-decade career as a sculptor, potter and painter, developed a distinctive aesthetic that rendered the character and ideology of post-war California. The exhibition at Hildebrandt Studio, planned in collaboration with the Estate of David Cressey, brings together a selection of ceramics and mixed media abstract paintings. Exhibited together, these symbiotic works offer an unprecedented opportunity to explore the complexity of David Cressey's practice, on both a physical and procedural level.

Beautifully made and formally resolved, David Cressey’s ceramics exist as contemplative sculptural forms engaging the viewer through their tactile plasticity. In 1961, after becoming the first artist in residence at Architectural Pottery in Los Angeles, and continuing through the mid 70s, Cressey's Pro/Artisan Collection of ceramic vessels reflected the expressiveness of his studio practice on an architectural scale. Drawing from his fine art training, Cressey re-thought the usual approach on the designed object and changed its functional fate by rendering his own sensibility, thus creating a new lexicon for ceramic design and giving shape to the 20th century Californian indoor-outdoor ceramic planter. Classic or organic forms, wheel thrown or casted in his uniquely compounded stoneware formula, the vessels on view at Hildebrandt Studio are finished with an array of individually poured velvety smooth glazes. Lyrical textures or organically structured grids emerge from the bold marks of his tools. Over-pours of the same glaze, allowing the flow to follow the contour of the shape, materialize in painterly surfaces, resembling the appearance of curvaceous brushstrokes. Variations in color produced by the hand pouring of two glazes enhance the appearance of the natural earth tones of the stoneware form. Celebrating his beliefs in the role of design as intellectual and emotional framework of an era, Cressey's ceramics are a true testimony of the way his practice shaped the visual and material identity of modern California.

Known throughout his career for exploring new materials and techniques, Cressey expanded his sculptural oeuvre to a different medium and began making a series of mixed media abstractions on wood, in the late 1980s. As a continuation of his clay-based practice, painting became prominent later in his career and demonstrated his astounding vocabulary of color and texture and his continuous dedication towards materiality and process. Using a variety of media available in his studio, by adding layers, delineating the texture of certain details and marking dense patterns with his gestural approach, Cressey constructed abstract universes evocative of Californian topography. The paintings on view at Hildebrandt Studio are rhythmic compositions, rich and gritty surfaces that capture the viewer through their balance of exuberant color and dynamic movement, creating a direct physical and sensory experience. There is a playful desire to explore, discover and celebrate nature in these visceral metaphors of terra firma. Although their plasticity offer an immediate reaction, these expressive abstractions trigger narratives filled with a range of evocative possibilities. By choosing to title the series "Innerscapes", Cressey alluded to his psychological explorations as a premise for his foray into lyrical abstraction.

David Cressey was born in Los Angeles, California in 1916. He trained at USC under Vivika Heino and at UCLA under Laura Andreson. In 1956 he received an MFA from UCLA. He taught at University of California Los Angeles, California State College in Long Beach, Utah State University and served as the Chairman of the Art Department at Mount Saint Mary College in Los Angeles. Cressey’s work was featured in “California Design 1930 – 1965: Living in a Modern Way” at Los Angeles County Museum of Art in 2011, and was included in several museum exhibitions at Pasadena Art Museum in 1967, Everson Museum of Art, NY in 1961, Oakland Art Museum in 1961.

Hildebrandt Studio is pleased to represent the Estate of David Cressey.