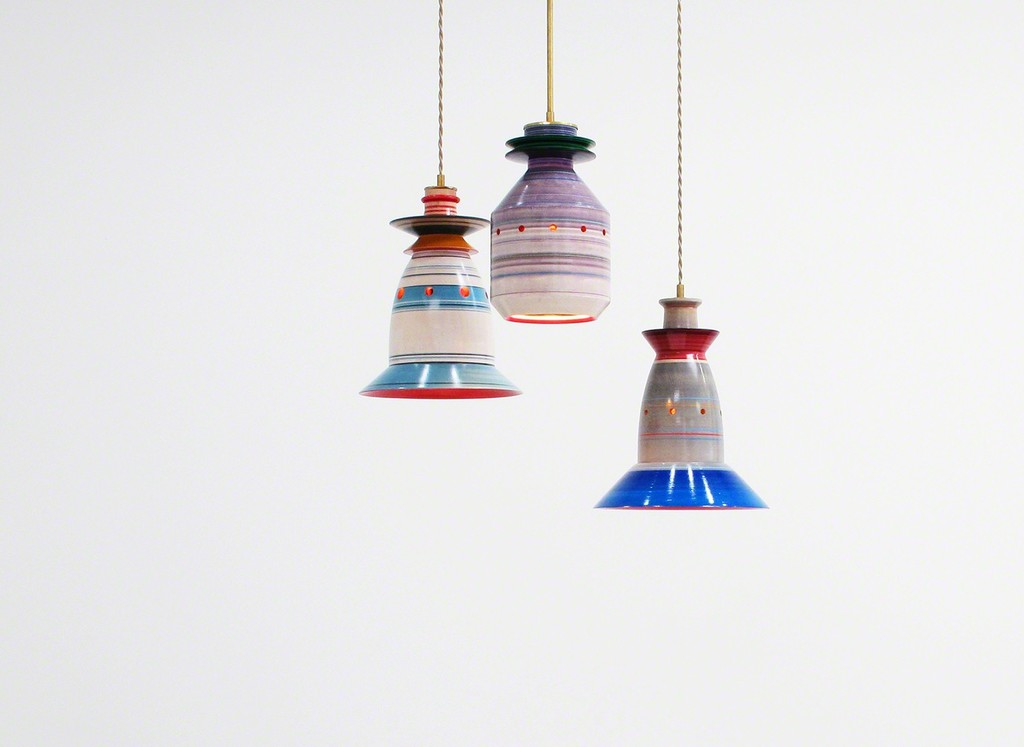 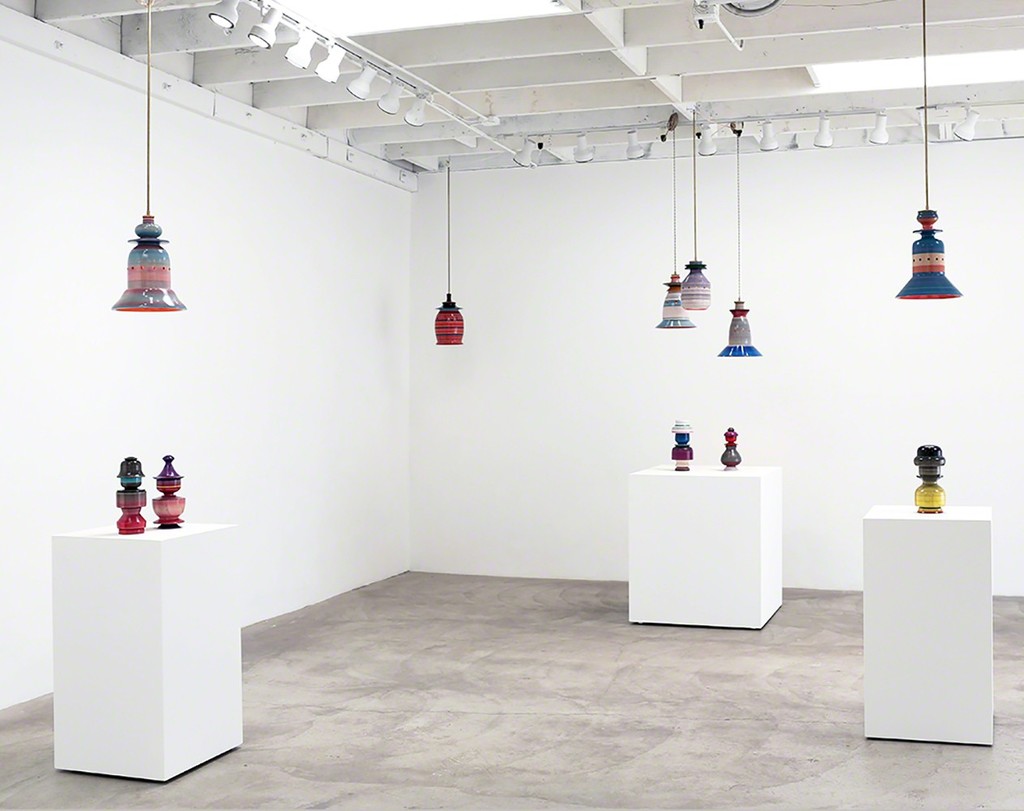 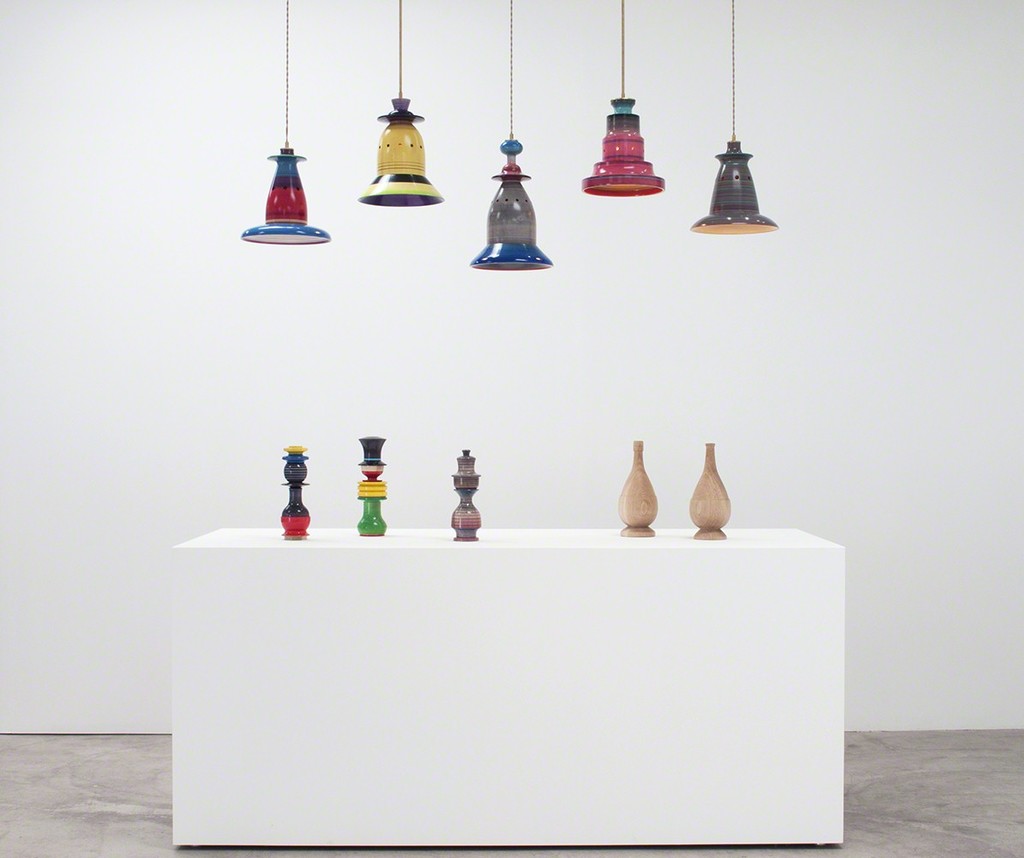 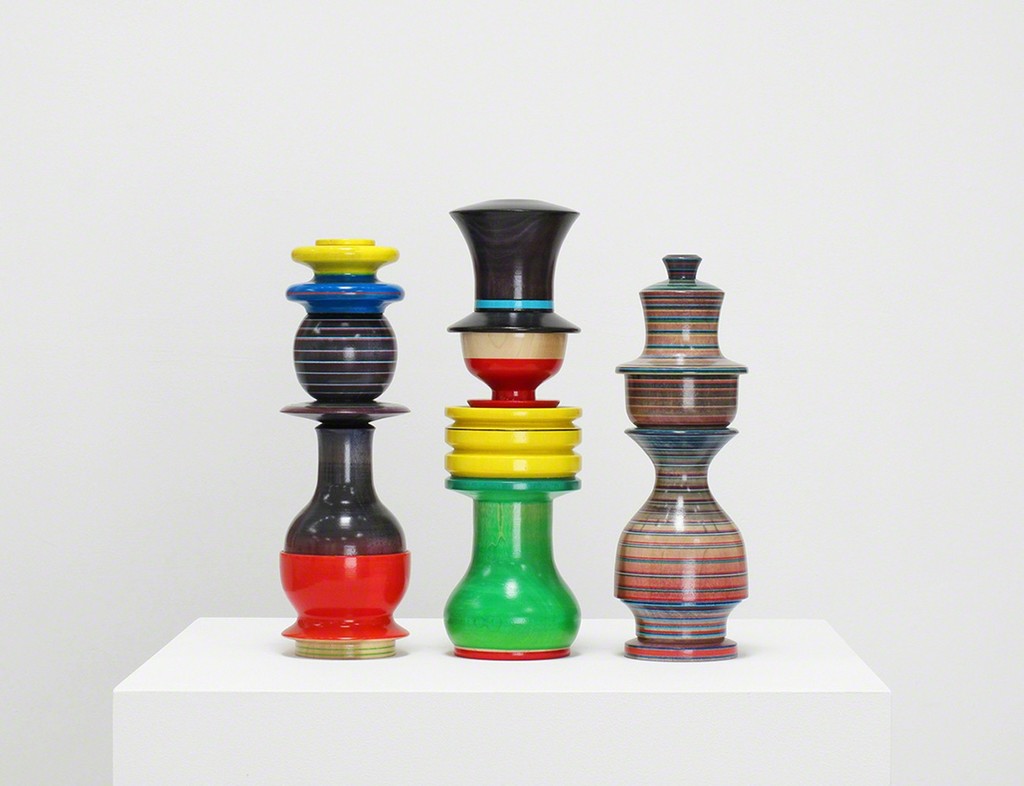 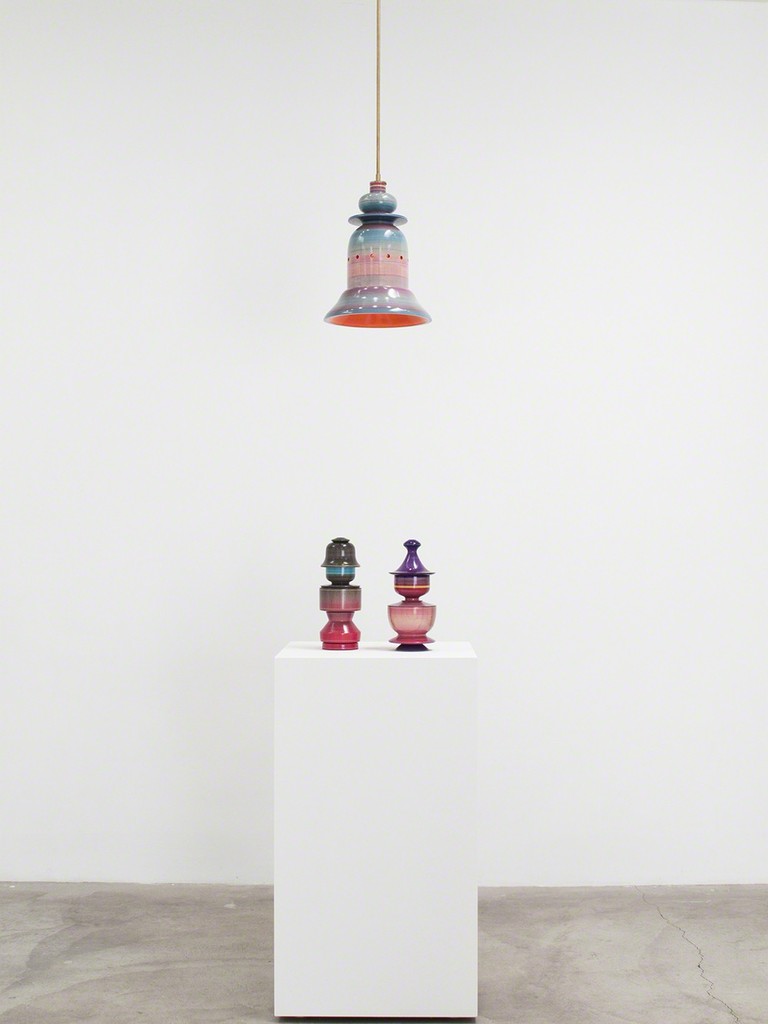 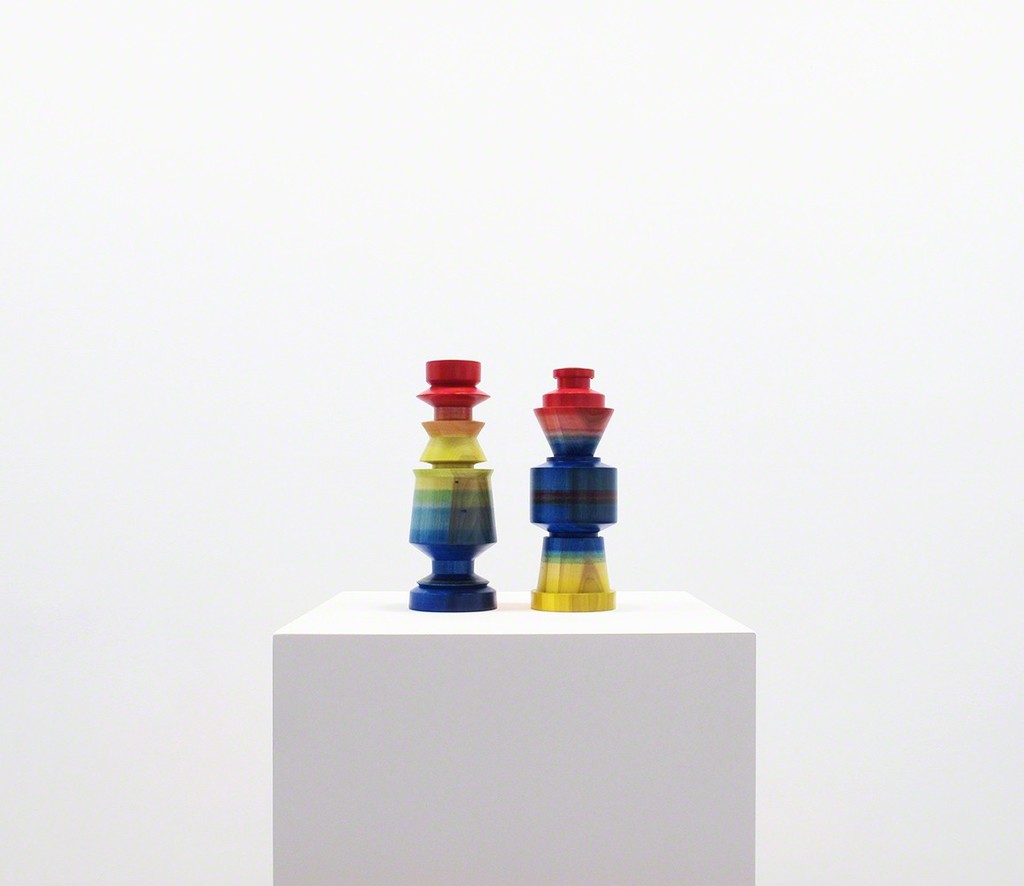 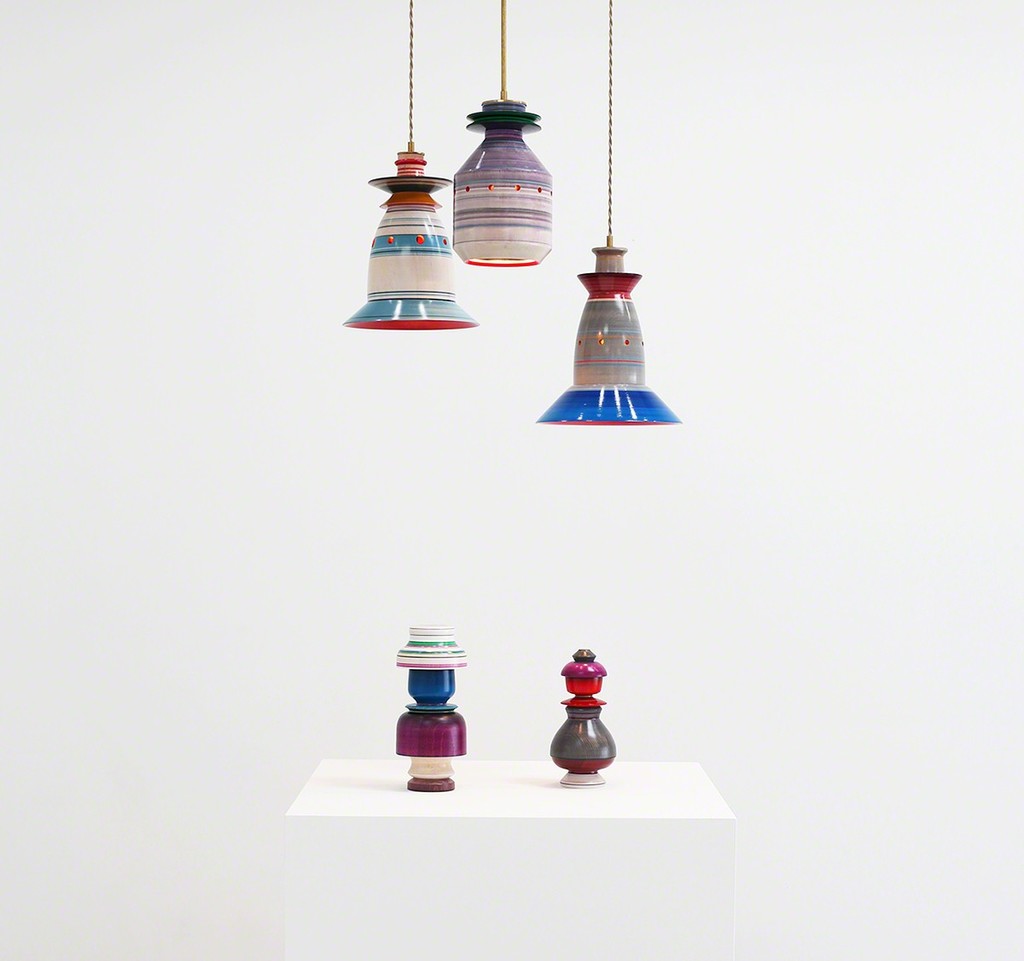 Hildebrandt Studio is pleased to announce “A Number of Lamps”, the first exhibition of functional art objects by Los Angeles artist Torbjörn Vejvi. The exhibition will open on Friday, July 17, 2015, with a reception from 6 – 8 pm, at 5880 Blackwelder Street, Culver City, 90232, and will be on view through August 15, 2015.

Torbjörn Vejvi began making functional objects in 2011, alongside his regular studio practice. The narrative of his objects derives from his art making and is partly informed by his upbringing in the Swedish countryside surrounded by craftsmen and folklore.

For his exhibition “A Number of Lamps” at Hildebrandt Studio, Torbjörn Vejvi brings together a series of unique objects that explore personal memories of spatial moods, and that reference historical movements in art and design. Aiming to make the common object precious, by melding principles from art and craft, Vejvi creates seductive three-dimensional abstractions of various colors, sizes and shapes that assume the role of elegant and playful sculptures, while keeping their functional identity as lamps, totems and candleholders. The artist returns to craft by hand-turning the solid wood structure on a lathe and painting it in exuberant hues with color blocks and glossy geometric lines, making each piece unique in both form and color. As the artist explains his process, “woodturning it's all very material obsessive and technical as in rare wood-grains and intense glue-ups of various wood types in intricate patterns. What I do is sort of the opposite, as in taking pretty mundane materials and turning them into something unique by adding color. For me woodturning is just a medium to reach a place far more important than how and what it's made of.” Torbjörn Vejvi’s lamps have the uncanny ability to contain and exude a mysterious atmosphere through their immaculate construction and their painterly qualities. By playing with their identity as sculptures and functional objects, Vejvi brings them closer to the artistic genre.

Torbjörn Vejvi (b. 1972 Sweden) graduated with an MFA at Malmö Art Academy, Sweden, in 2001, including a two-year term at UCLA, Los Angeles. After graduating Vejvi moved permanently to Los Angeles. He has exhibited extensively in the US and Europe since the late 1990's, most prominently with Galleria Raucci Santamaria in Naples, Italy. In 2011, Vejvi began making functional objects alongside his regular studio practice. Torbjörn Vejvi currently lives and works in Los Angeles.