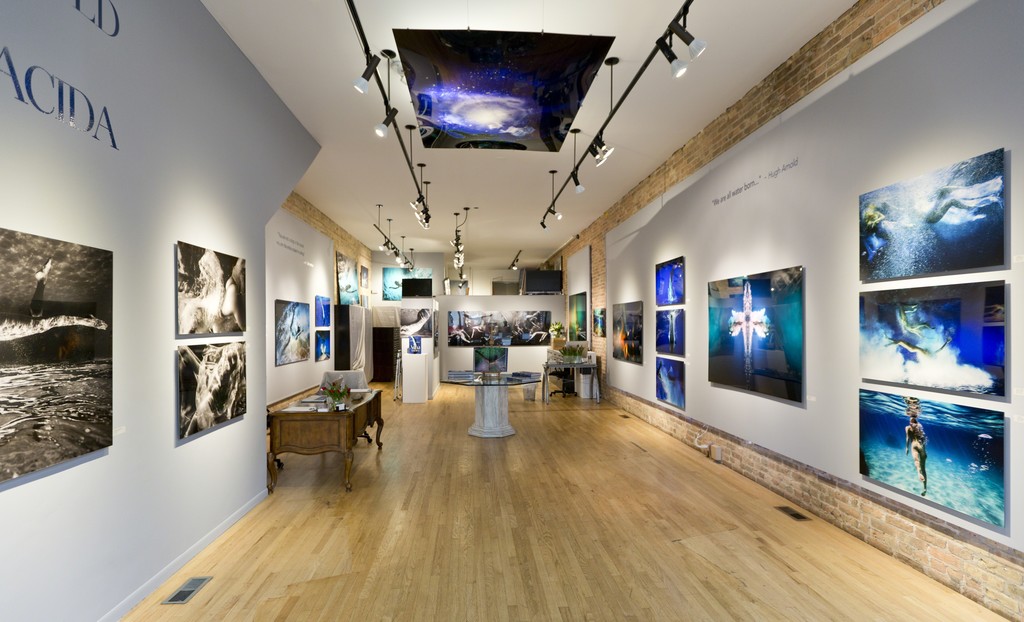 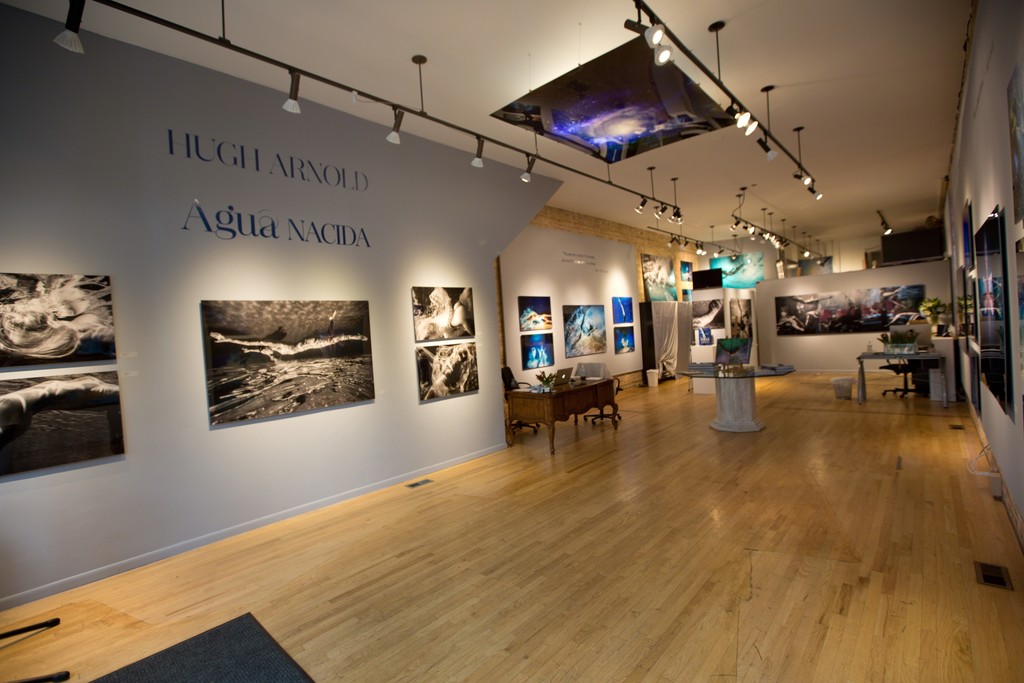 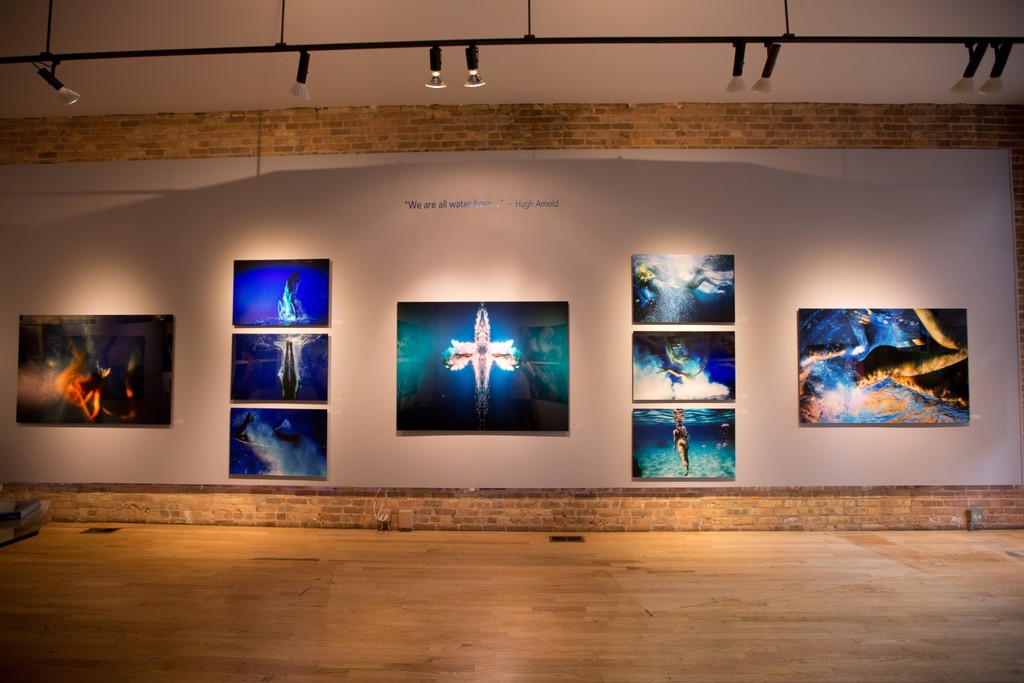 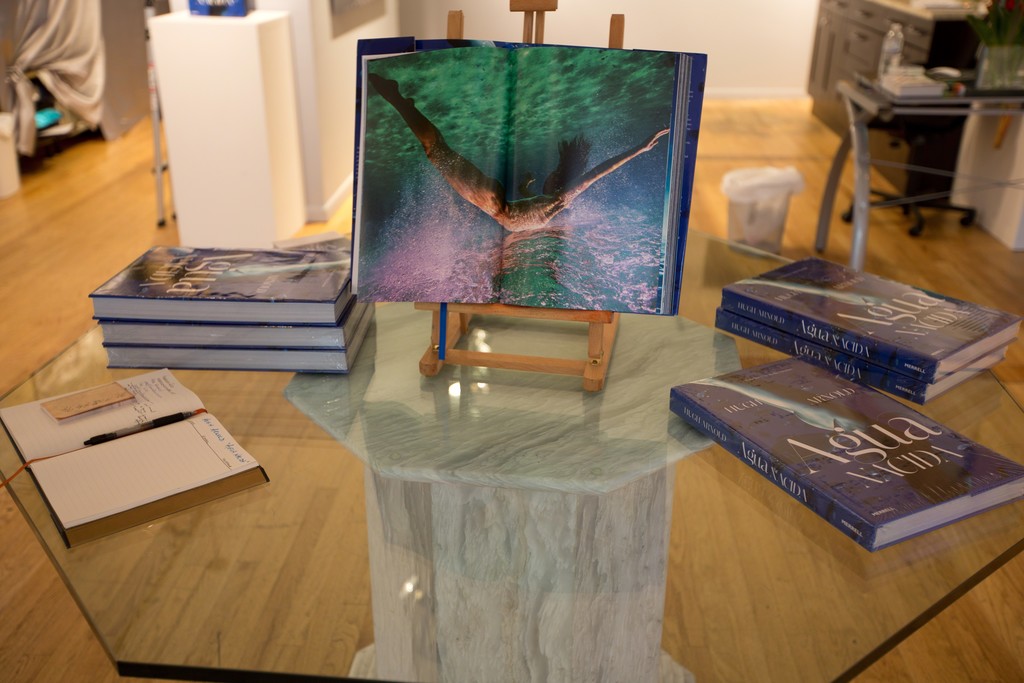 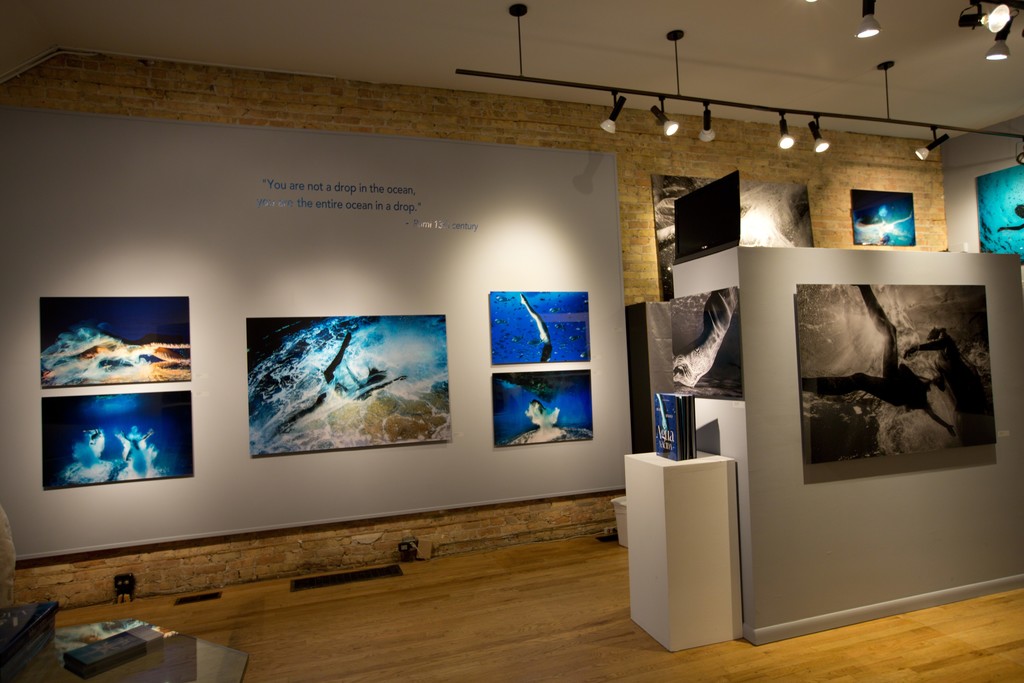 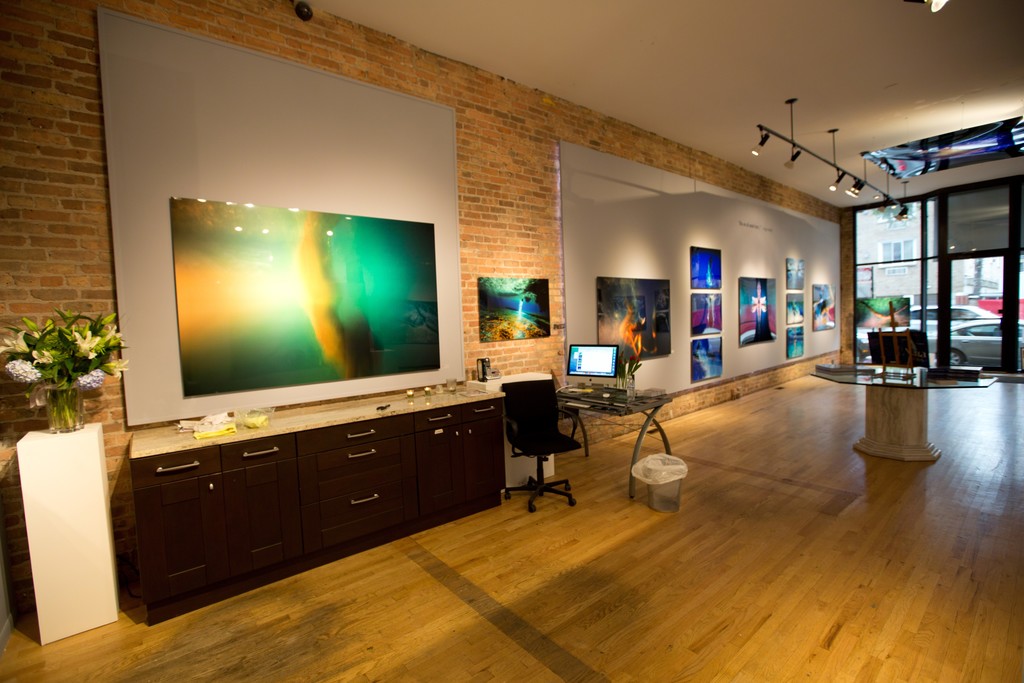 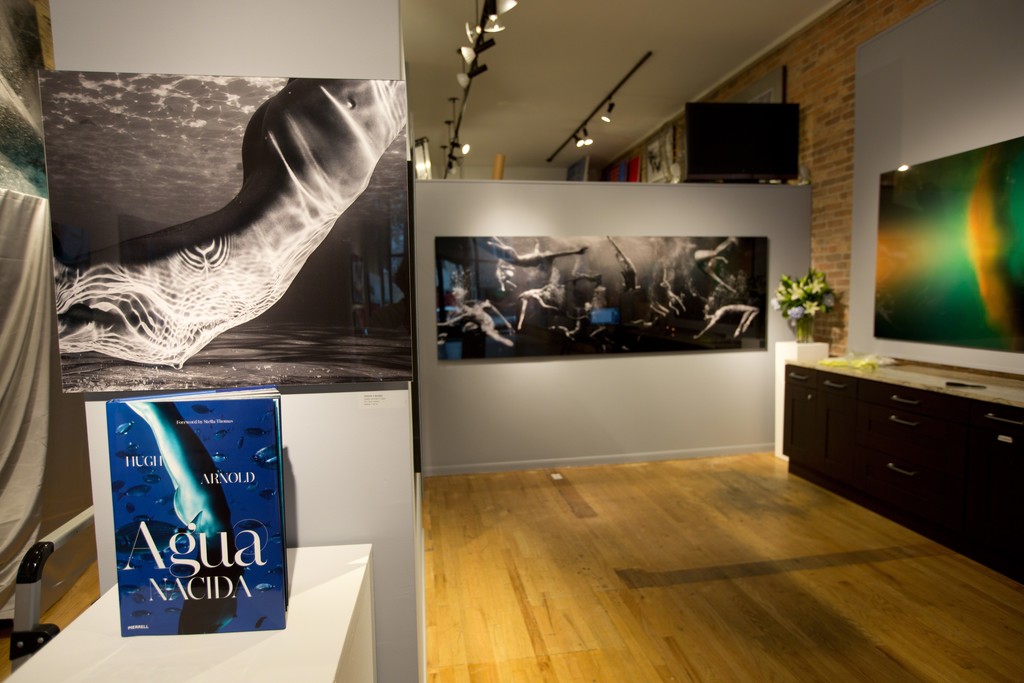 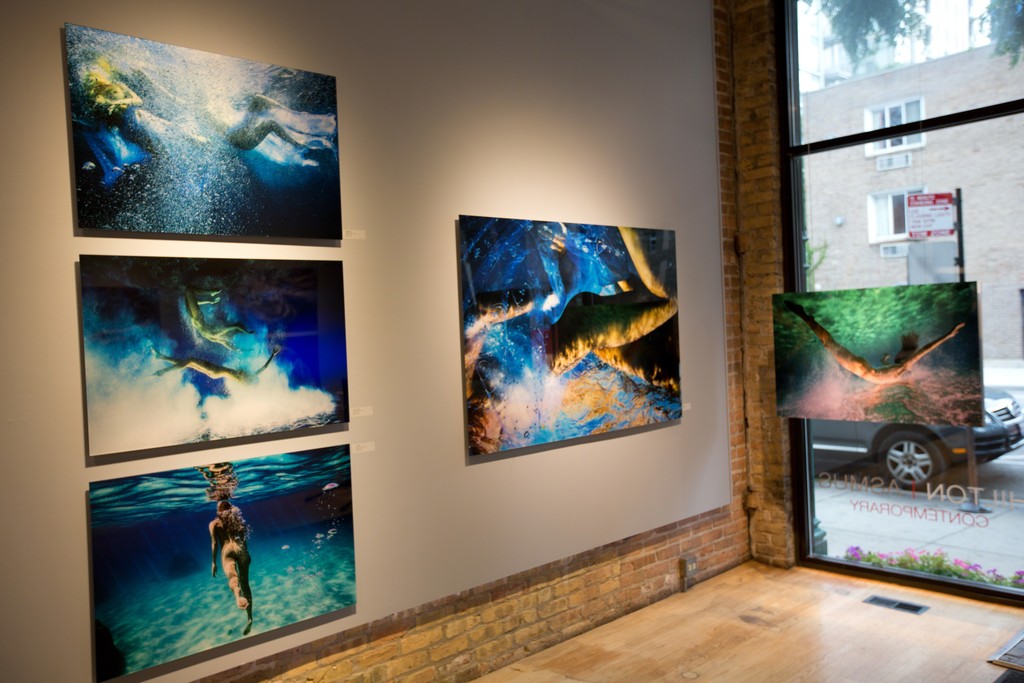 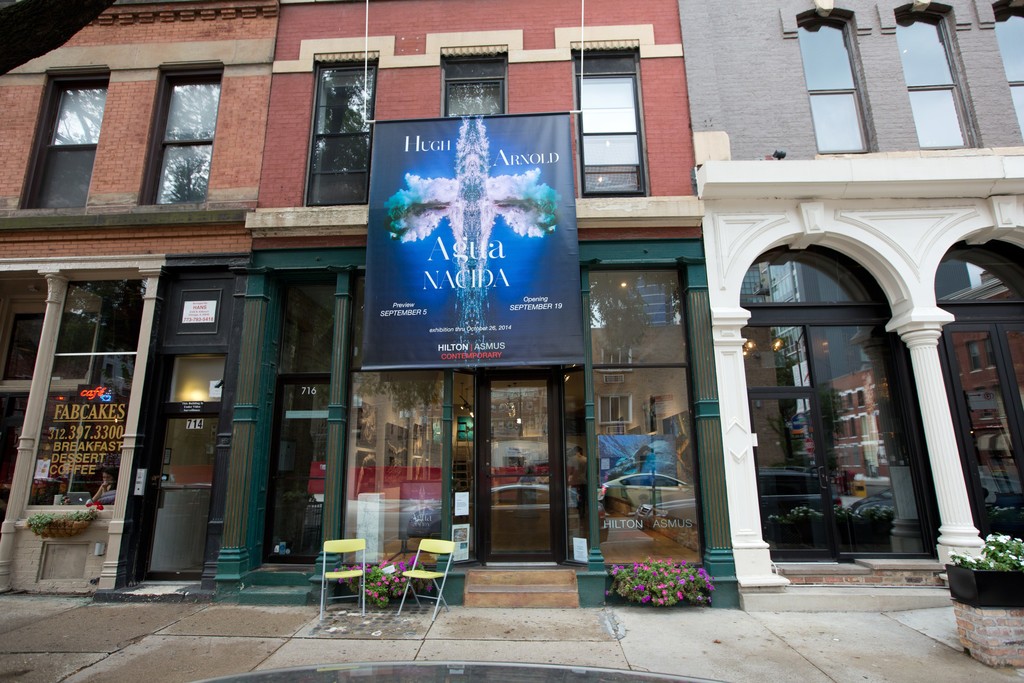 “Agua Nacida,” meaning “water born” in Spanish, is a unique collection of large-scale underwater nudes, photographed amidst the unspoiled depths of the seas surrounding Fiji and Gozo. Inspired in part by the human life cycle, “Agua Nacida” explores the beauty of the human form and symbolic transition from womb to womanhood, while also showcasing the body so that the humans appear to become one with the sea life around them. The images are photographed and printed wall-size without the aid of digital enhancement.

The collection features Chicago-native model Nika Lauraitis (who has appeared in Vogue Australia, Teen Vogue and Glamour magazine and has been featured in campaigns for Hermes Fragrance, Moschino Cheap and Chic, Bergdorf Goodman, Neiman Marcus and Abercrombie & Fitch) and Norwegian model Polina Barbasova, (a finalist for “Norway’s Next Top Model,” who has been featured in editorial images for Numero, Elle UK and Marie Claire.)

One of the most sought-after fashion and beauty photographers in the industry, Arnold was trained as an actor but stumbled into photography between acting jobs. Arnold now focuses exclusively on fine art images. Capturing the striking underwater images required Arnold to become a certified scuba diver to scout some of the planet’s most beautiful underwater terrain, while also balancing photography equipment and directing models.

To capture the images for “Agua Nacida,” Arnold trained as a swimmer and diver in Egypt, equipped himself with the best quality equipment and initially flew to Australia to pursue his mission. Cold Antarctic currents, poor visibility, box jellyfish and sharks all conspired to push him to Fiji, where he shot until storms made diving impossible. Lured by the abundance of pristine underwater terrain and plentiful fish in Gozo, an island off Malta, he continued his mission with supermodels Nika Lauraitis and Polina Barbasova.

Hugh Arnold’s editorial and advertising images, as well as celebrity portraits, have appeared in the fashion industry’s leading publications around the world. After being offered a contract by Australian Vogue early in his career, he returned to Europe, doing his first job exclusively with Armani clothes for Per Lui and Lei with Franca Sozzani in Milan. More fashion shoots followed, opening doors worldwide. He met Harpers and Queen editor Hamish Bowles during Fashion Week in Paris, who asked him to shoot Carla Bruni for the magazine, and subsequently began creating editorial images for various editions of Vogue, Tatler, Conde Nast Traveler and Glamour, among others. He also started shooting worldwide beauty campaigns for L'Oreal, Pantene, Wella, Max Factor, Nivea and La Perla.

Located in Chicago's River North Art District, the gallery specializes in modern and contemporary paintings, works on paper, fiber art, glass, sculpture and photography featuring Chicago-based emerging and established artists, as well as internationally known artists from Europe and the Mediterranean Region such as Turkey, Greece, Italy and the Middle East.

Hilton | Asmus Contemporary has made it its mission to feature artwork that reflects on the essence of life in their “Return to Beauty” series. Naturally, the first exhibition, “Agua Nacida,” begins with water.

“For the next 6 months, the gallery will feature works that address the human relation to water, which covers more than 70% of the Earth’s surface,” says Arica Hilton. “When a baby is born, it is made up of 80% to 90% water. As we grow into adulthood, human water composition reduces to 60% to 70%. Water is the most "perfect" element that has been provided for us on this earth. For this reason, Hilton | Asmus Contemporary has chosen to dedicate the gallery space to the theme of water and all things essential to life.”