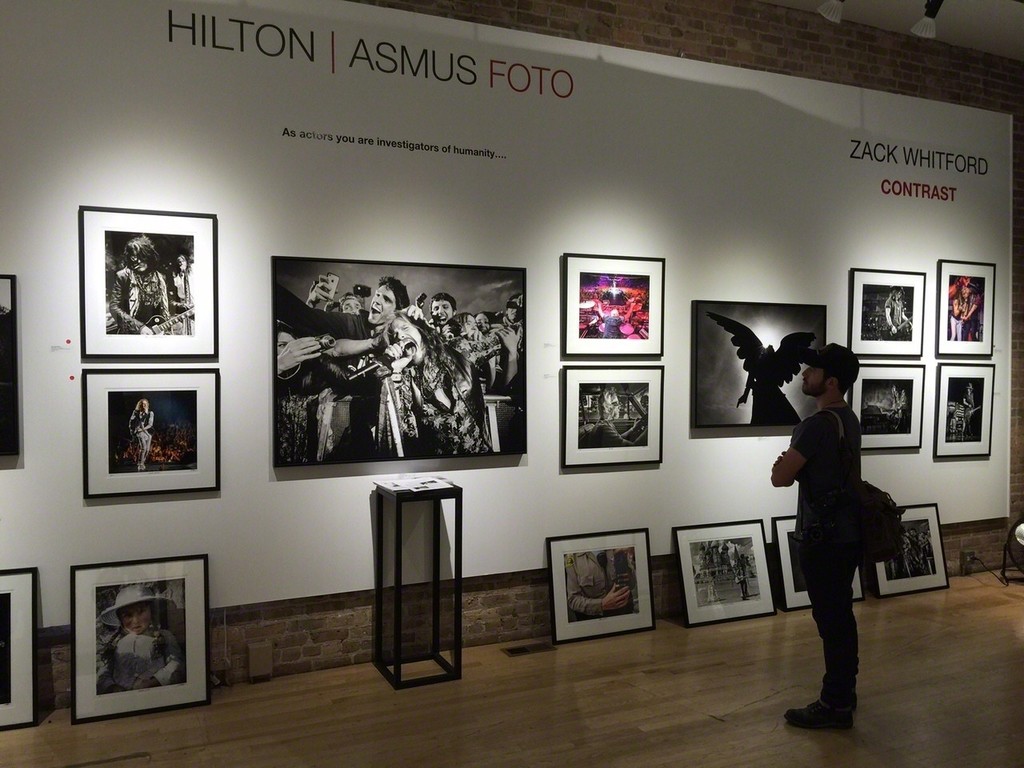 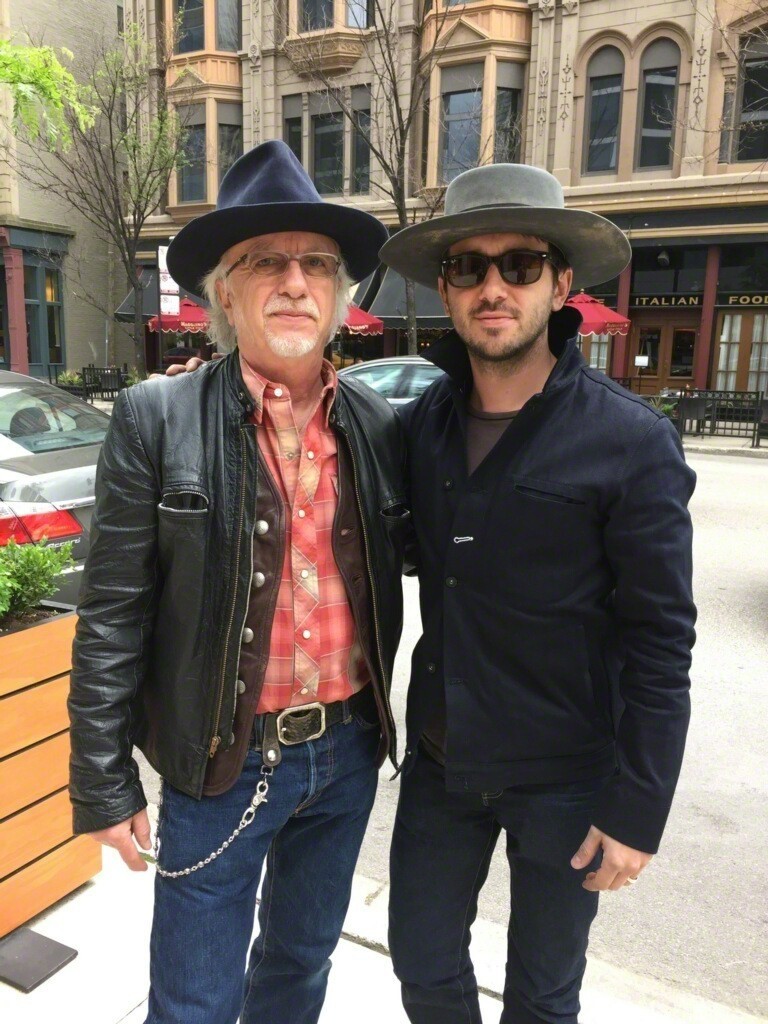 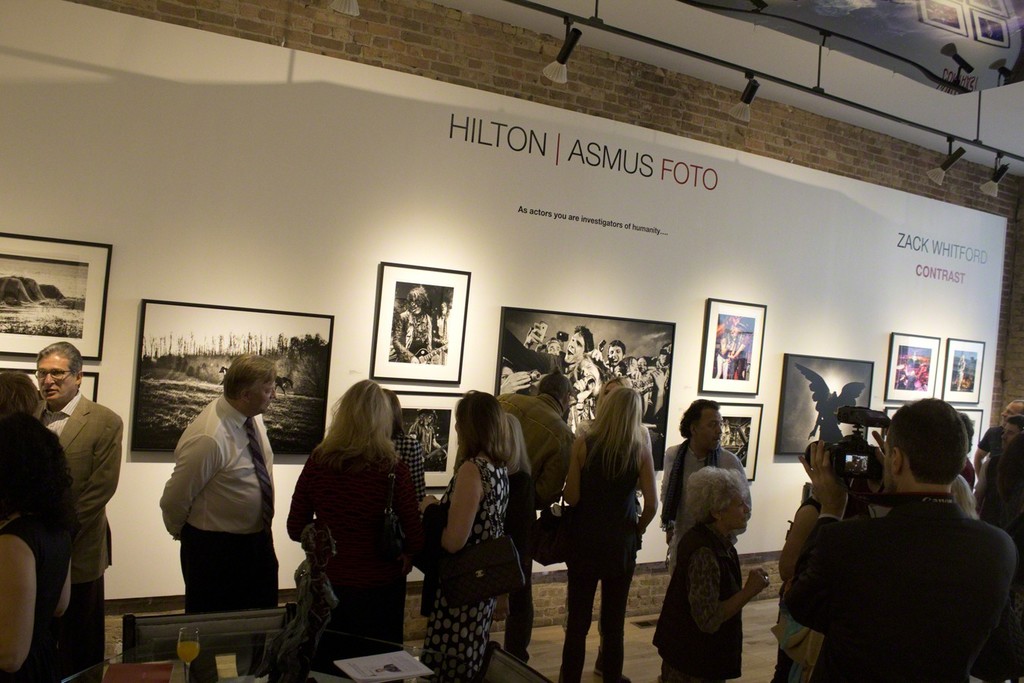 "Whether I am making a portrait of a monk in Bhutan or of an American rock star on the side streets of Istanbul, the one absolute parallel in what I am trying to convey to the viewer is the simple humanity found in one's eyes, body language or facial expression. That unspoken sense of 'Here we are - all in it together.'" - Zack Whitford

CHICAGO – Hilton | Asmus Contemporary, 716 N. Wells Street, Chicago, launches new photography division Hilton | Asmus FOTO. The collection, curated by artist/poet/gallerist Arica Hilton, will showcase the works of emerging and established, Chicago-based, nationally and internationally known photographers. The debut exhibition will present “CONTRAST,” by the official photographer for Aerosmith, Zack Whitford, May 29 – July 1, 2015. An opening reception with the artist in attendance will be held Friday, May 29 from 5:30 – 9:00 p.m.

Emerging artist, Zack Whitford, is a documentary photographer based in Los Angeles. From the musical stage to urban streets and the countryside, regardless of language, age, gender or income barriers, the 31-year old documents people, animals and cities in their natural state, sometimes with irony and humor, and at other times he slaps us with the contrast of the experiences he shares. His photographs are a telling commentary on our times.

States Whitford, "When I was much younger and training to be a stage actor, my teacher said something that has always stuck with me. He said: 'As actors, you are investigators of humanity.'

Before settling in California, he spent his early years in Massachusetts, as well as ‘on the road’ with his father, a member of the rock group Aerosmith. Zack’s career as a photographer began in 2011 when his craft quickly transitioned into a full time job. His early work was purely freelance, focusing mainly on commissions and events. Eventually, he made his way into the music business where his photographs caught the attention of the members of Aerosmith and their management. Zack was reintroduced to life on the road, but now as Aerosmith’s official photographer. His photos can be seen in Rolling Stone, Esquire, The Red Bulletin and The Hollywood Reporter

The collection features photographs taken on the road with Aerosmith in the United States and various countries, including Russia, Turkey, Lebanon, Peru and Bhutan. One portrait of Steven Tyler, lead singer for Aerosmith, shows him surrounded by young fans taking “selfies” with their iPhones. Titled, “These Are Our Times,” the photo is a commentary on the iPhone culture we are witnessing today. From the stage to the streets, Whitford navigates his way seamlessly into the lives of his subjects. The exhibition will feature images of Johnny Depp on stage with Aerosmith, Steven Tyler, Joe Perry, Brad Whitford, Tom Hamilton and Joey Kramer. In contrast, Whitford presents us with a man playing a guitar who is missing a hand. He then takes us on a journey presenting an aging woman and a little girl from Peru, capturing the cycle of life, young monks from Bhutan, and Syrian children in refugee camps in Lebanon. He captures a protest in the streets of Istanbul and travels the back roads of America, allowing us a lens into worlds we may or may not know. Documenting but not interfering, with the exception of a photo that captures a homeless woman sitting in front of a large banner advertising, “New York’s Next Great Neighborhood.” States Whitford, “After I photographed the homeless woman, I tried to give her some money and she spit in my face.” Ironically, the company in the banner recently sold an apartment building on Wacker Drive in Chicago for $333 million. His ability to capture human beings in their environment is elevated by their social relevance as a documentary of our times.