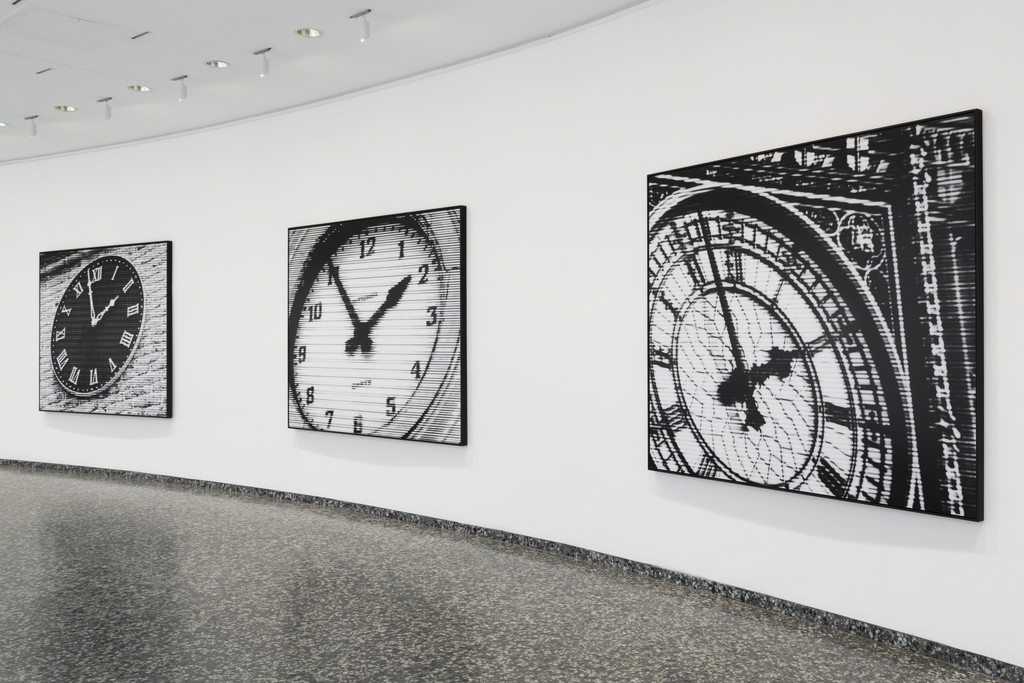 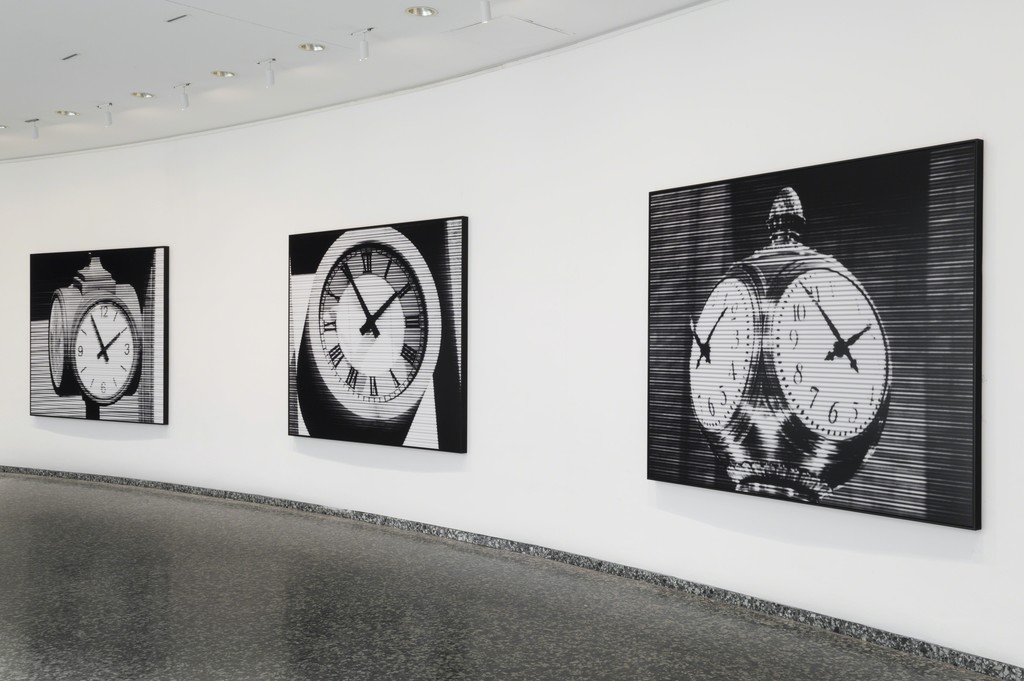 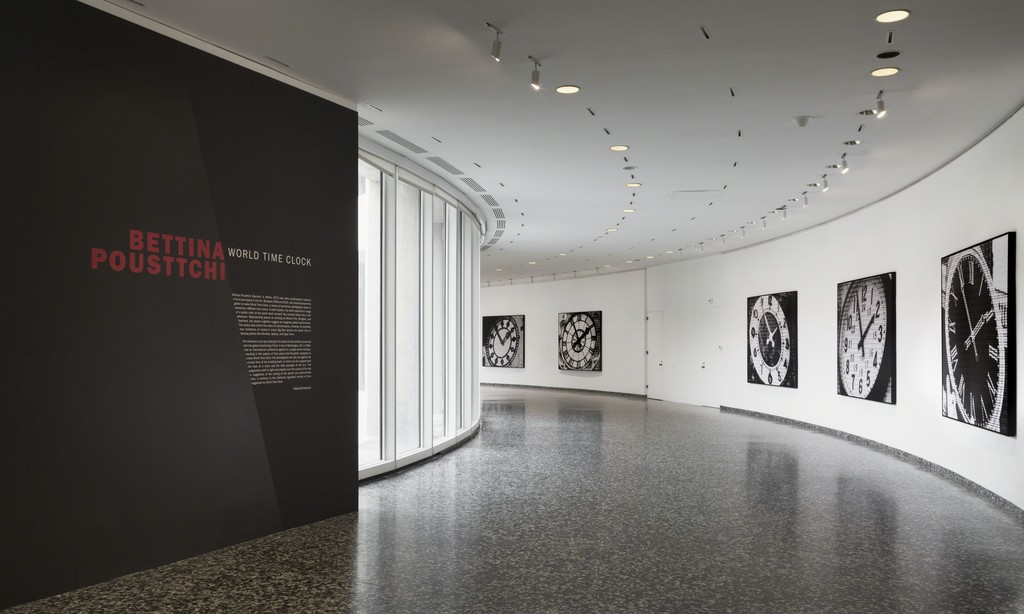 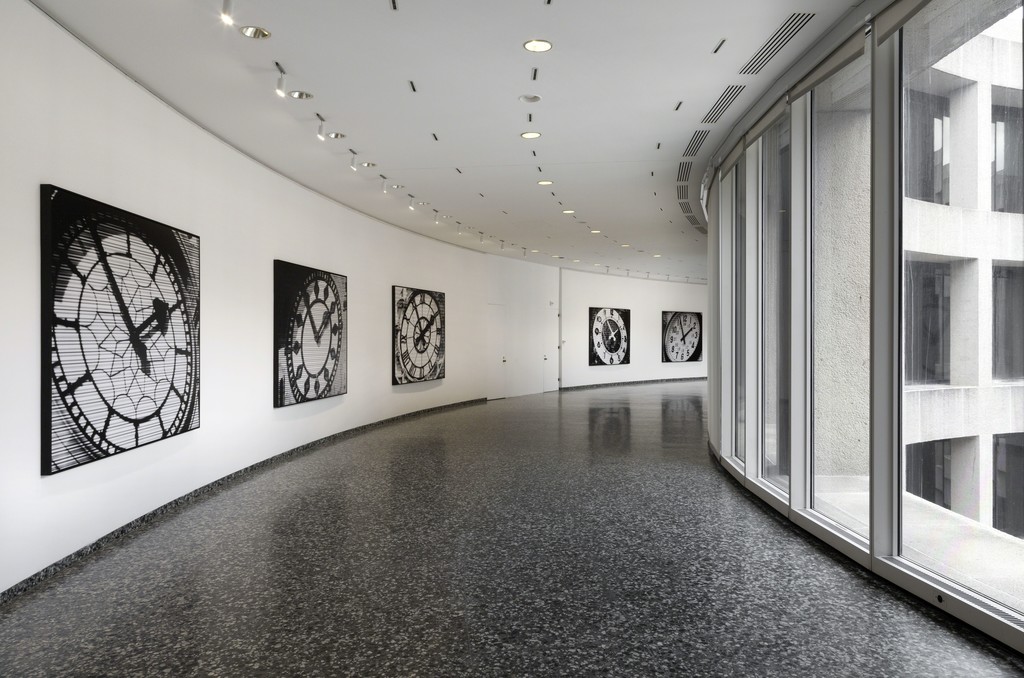 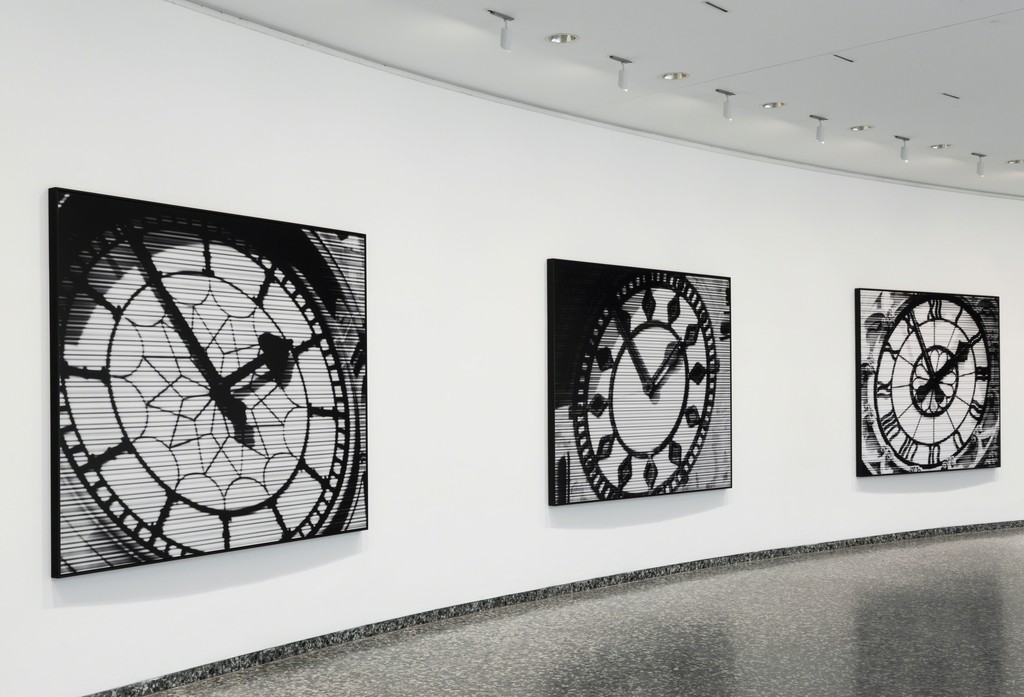 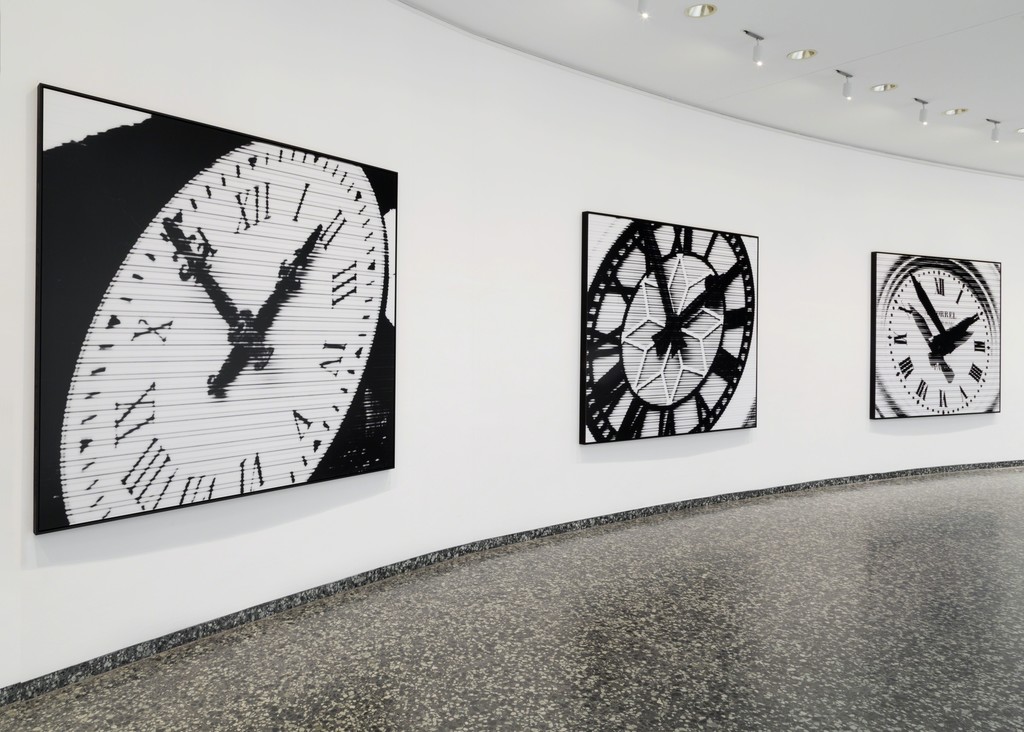 “Bettina Pousttchi: World Time Clock” runs June 9–Oct. 2 at the Smithsonian’s Hirshhorn Museum and Sculpture Garden. This will be the premiere of the German artist’s “World Time Clock” series, a project Pousttchi began in 2008 and only recently completed. Filling the third-level inner-ring galleries, the exhibition is one of two that are the artist’s first at East Coast museums and her first in Washington, D.C. It coincides with “Double Monuments,” an exhibition of Pousttchi’s sculpture that runs June 9–Oct. 2 at The Phillips Collection in Washington.

Pousttchi (b. Mainz, Germany, 1971; lives and works in Berlin) has often contemplated systems of time and space in her art. She created “World Time Clock” over the course of eight years, traveling the globe and making a portrait of a public clock in each of 24 time zones. Representing locales as disparate and far-flung as Bangkok, Moscow, Los Angeles and Tashkent, Uzbekistan, the photographs each show a clock displaying the same local time: five minutes before two. Together the images suggest a sense of suspended time and what the artist calls “imaginary synchronism.” Seen in close-up, the clocks are united in a single scheme that calls to mind the historic role of Washington as the site of the International Meridian Conference in 1884. It was here that the Greenwich Meridian was adopted as a universal standard, determining a zero point for the measurement of both longitude and time.

“The circular format of the Hirshhorn’s inner-ring galleries makes for a uniquely sympathetic venue for a work devoted to the global structuring of time,” said Melissa Chiu, the Hirshhorn’s director. “The geometries of both the Earth and the face of a clock can be mapped onto the architecture of our space.”

“The entire building, with its hollow cylindrical form, also acts as a natural timepiece, framing the path of the sun across the sky,” said Melissa Ho, an associate curator at the museum who organized the exhibition. “Installed here, Pousttchi’s work addresses astronomical time and politically regulated time. Visitors will be able to consider time as both a natural fact and an artifact of international commerce.”

Pousttchi has exhibited in Germany and internationally since 1997 and participated in the Venice Biennale in 2003 and 2009. She has had solo exhibitions at the Nasher Sculpture Center in Dallas, the Städtische Galerie Wolfsburg, the Schirn Kunsthalle in Frankfurt and the Kunsthalle Basel. In 2014 she received the Wolfsburg Art Prize. She studied at the Université de Paris VIII, the University of Cologne, the Ruhr University Bochum, the Kunstakademie Düsseldorf and the Whitney Independent Study Program in New York.