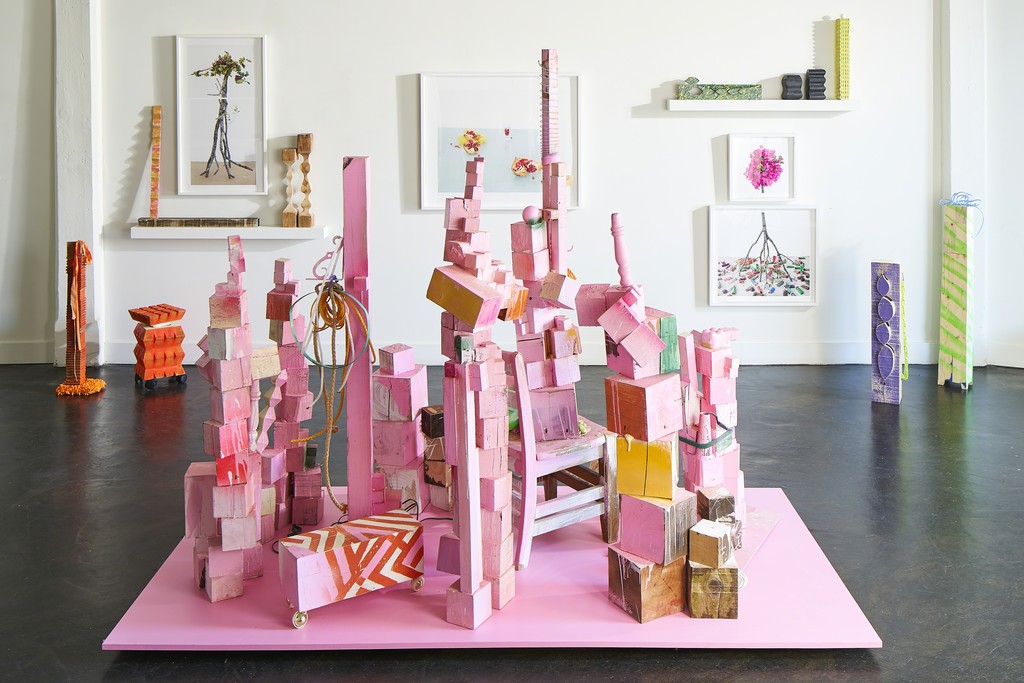 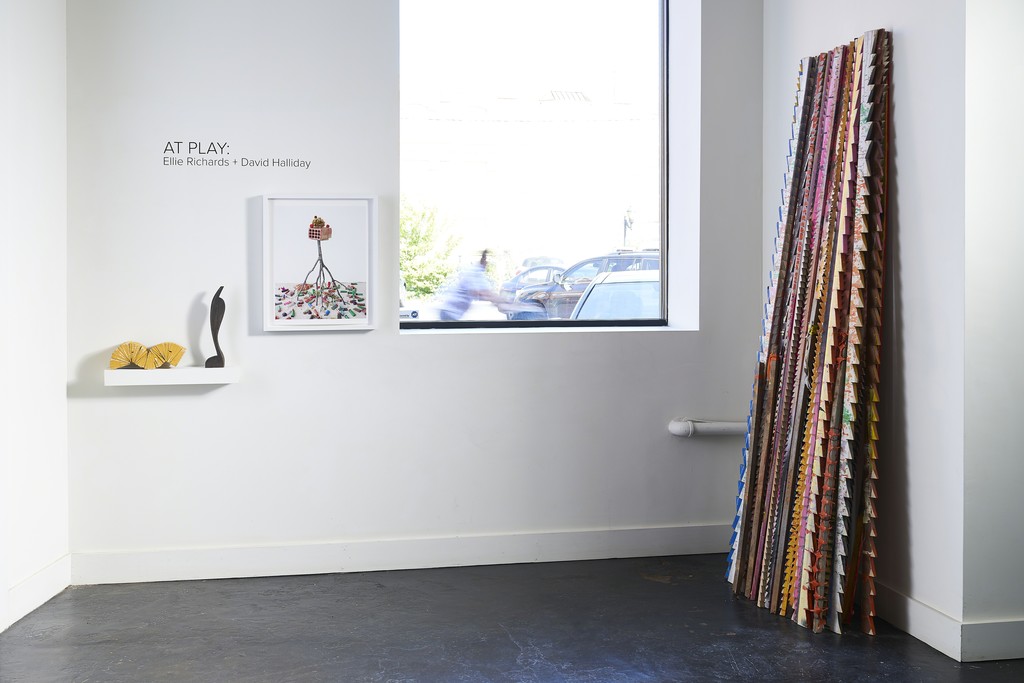 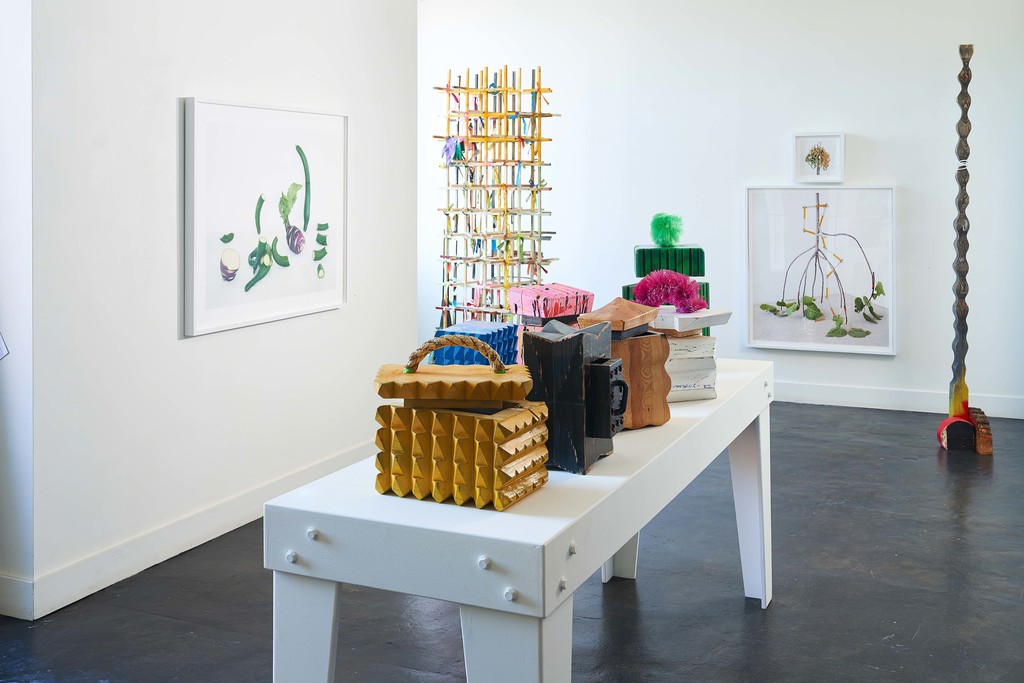 In her new work, Ellie Richards utilizes her signature, and straightforward, bandsawn manipulation of wood in order to reference architectural moments latent in both construction sites and domestic spaces. She adds in household items – rope, handles, knobs, brushes, and brooms – joining found object and carved forms with liquid nails, staples, expandable foam, and/or screws. Ellie spends equal time painting and adjusting the finish as she does finalizing the form. Her painterly surfaces and chosen palette are as important as the forms and found objects in her sculptural statements.

Through a balance of found and fabricated, Ellie presents platforms to examine the relationship between human nature and built environments. From the raw space to the fully decorated, the artist observes place making as both intuitive and intellectual. Shifting our surrounding spaces by sculpting and shuffling, Ellie sees our seriousness in the idea of place and raises us with her spontaneity.

David Halliday’s images chronicle the artist’s past three trips to a favorite spot in Greece, most recently this past fall. Each series picks up the dialogue he put down at the end of the prior visit, with open eyes and fresh finds. The photographs reflect the ingredients that intrigued David, which he then composed and posed spontaneously. For the artist, trusting in the result of instinctive installations presented a freedom and levity captured with the click of the camera.

The newest images featured in this exhibition both literally and figuratively depart from David’s previous still life and portraiture. His objects get up and off the table, the horizontal plane, and walk away, assuming a new position. In these images, the still life is anthropomorphized, standing at attention, and in play. David creates an environment out of found objects: a space that could be happened upon, but feels fantastical and far-fetched.

As their practices create a dialogue between found object and constructed narrative, these artists lightly tread on the heels of the readymade art object, debuted in the early 20th century by the infamous Marcel Duchamp. Assisted by objects from hardware stores and farmers’ markets, respectively, Ellie and David reorganize and repurpose the ordinary in ways that are more satirical than serious. Their work appears both familiar and foreign through manipulation of the everyday object and the traditional notion of built environments. Both artists construct sites where play is as much a place as work is a state of mind. In Ellie’s words, they “want to help people arrive at a playful space in their lives.”