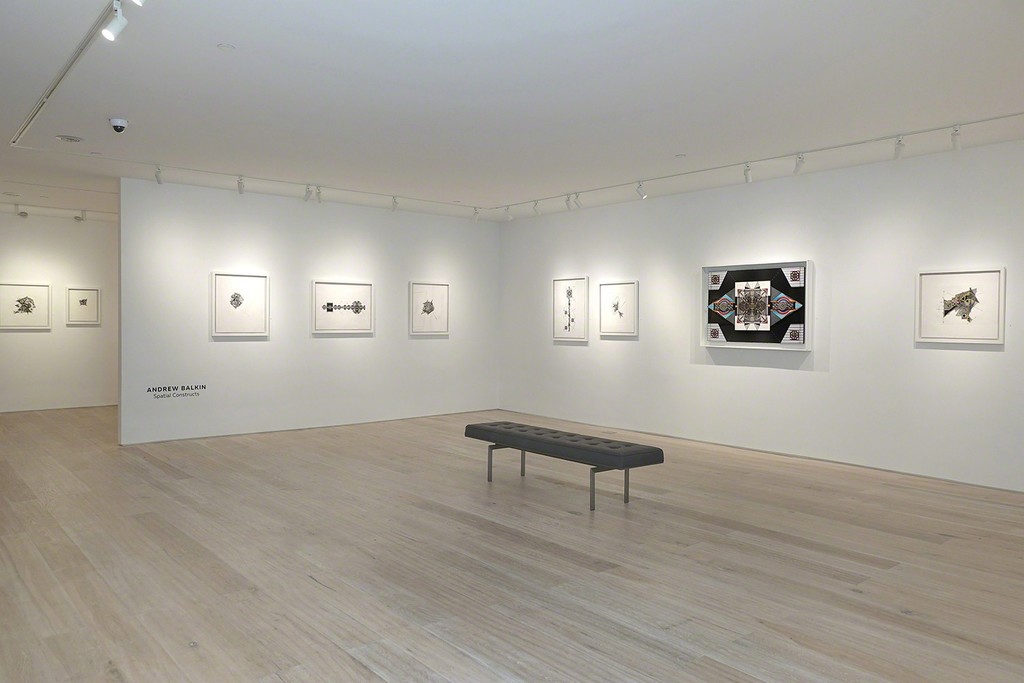 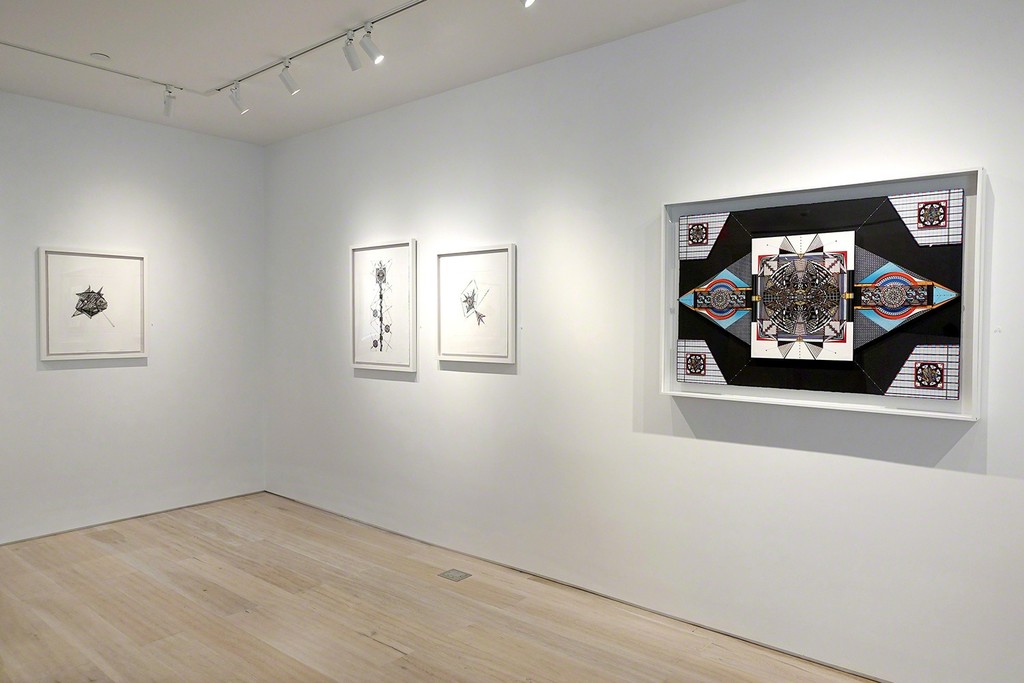 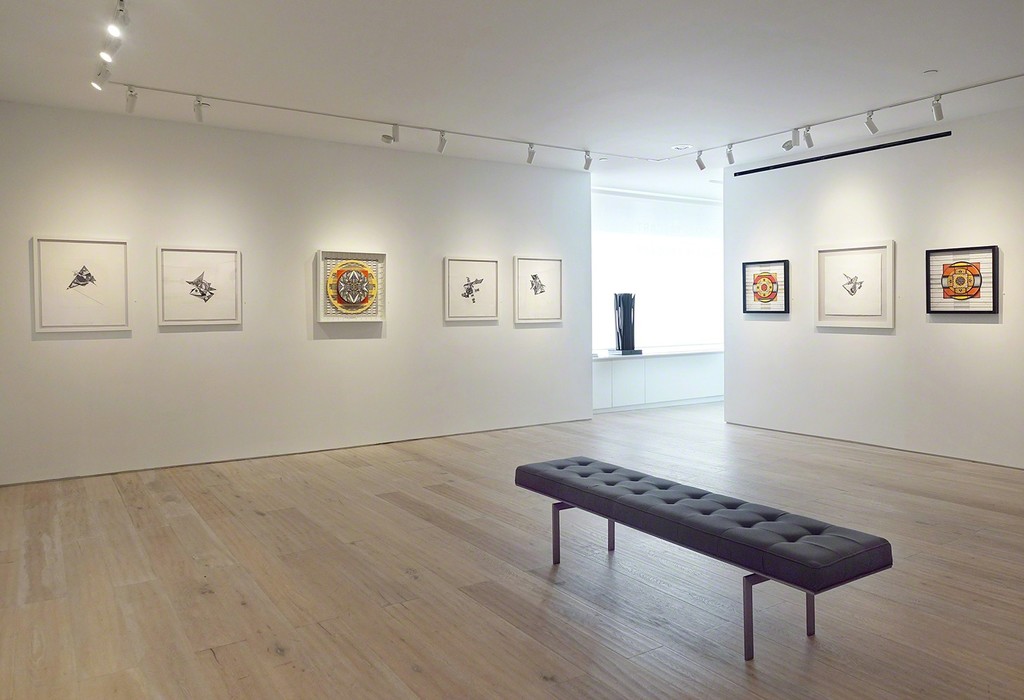 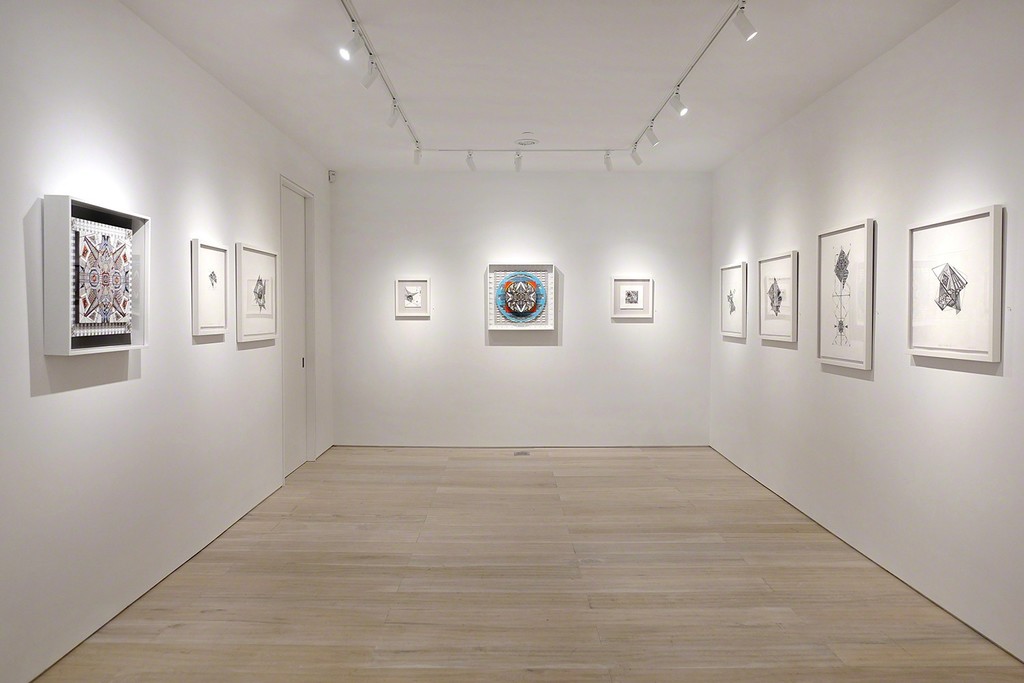 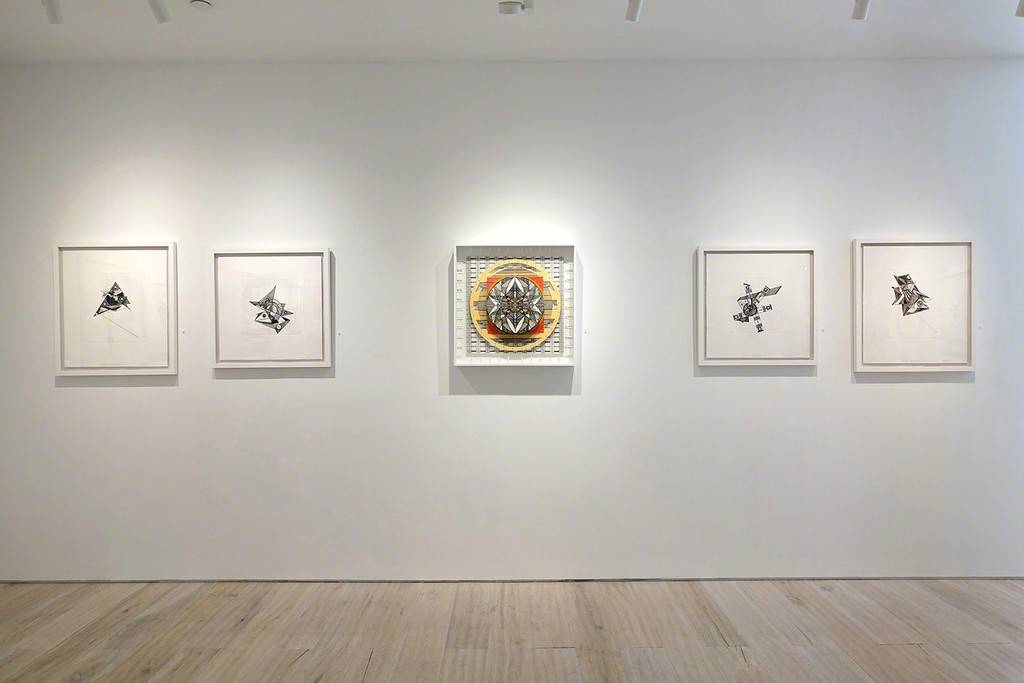 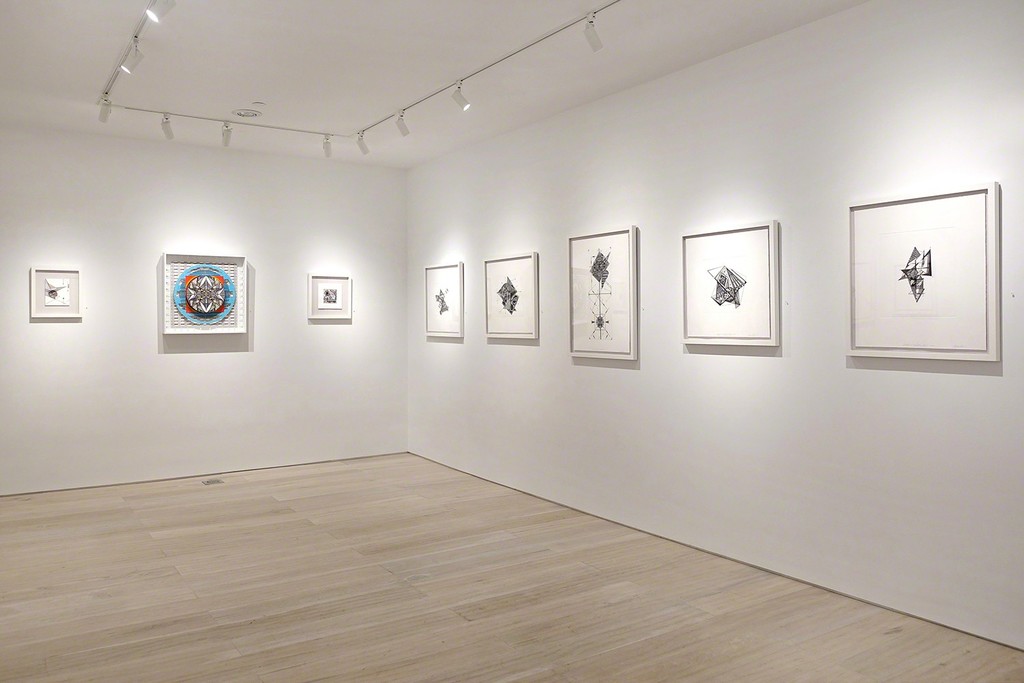 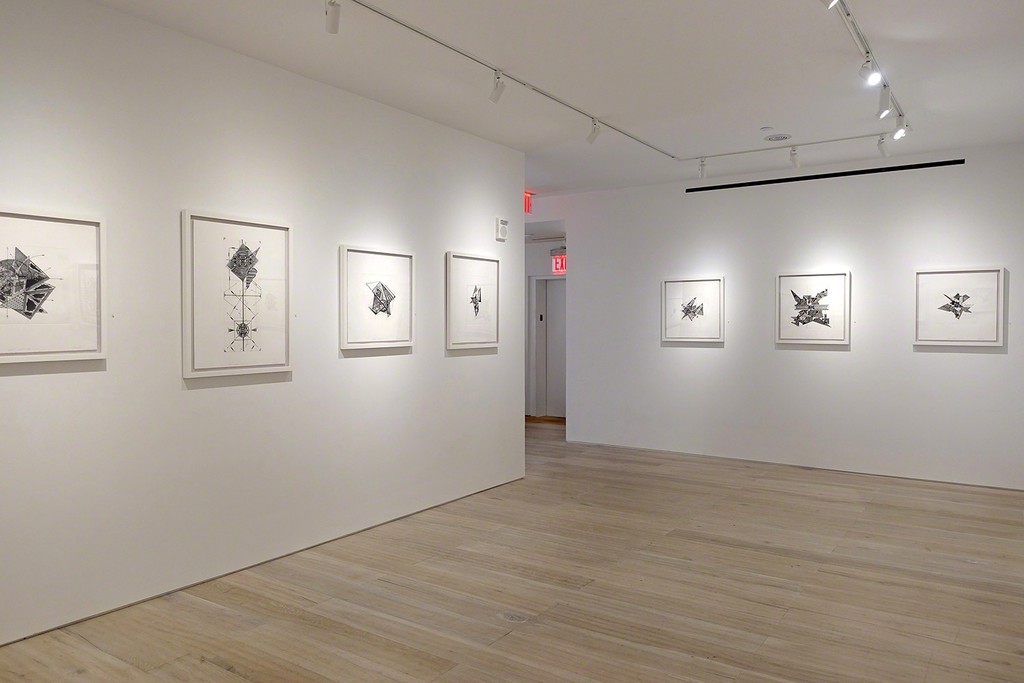 Hollis Taggart Galleries is pleased to present "Andrew Balkin: Spatial Constructs." Andrew Balkin constructs dynamic dialectics between the “void” and meticulously drawn geometric spaces. His images come from a blank slate, a ‘Tabula Rasa’ that Balkin constructs and deconstructs intuitively to create space with new objects from positive lines and tones. He does this painstakingly, evolving his personal content-images, until he develops a supra-structure that defines a new visionary geometric realm.

Balkin has embraced the traditions of non-objective art with roots in the Russian Suprematists, Latin American Constructionists, and American Geometric Abstractionists. From his early in-depth studies of 18th, 19th, and 20th Century philosophies, Balkin’s drawings and constructions emerge beyond, to reflect this ongoing dialectic in his work. Balkin’s new work has evolved with increased intricacies and exquisite geometries, which exemplifies his departure from any formal pictorial narrative. Thereby, the viewer is invited to awaken their sensibilities to a new heightened and joyful aesthetic experience.

Born in Niagara Falls, New York in 1947, Balkin enrolled in the University of Wisconsin- Madison in the 1960s, during the politically tumultuous events occurring on campus and in the nation. Often his classes were interrupted and stopped by sit-ins, riots and marches. During those influential years, he studied and completed multiple degrees, first in philosophy, and later in studio arts. After leaving academia, Balkin established AGB Graphics Workshop, in Madison, Wisconsin, where he created his studio in the tradition of open European workshops, such as the former Atelier 17, in Paris. The workshop published three critical portfolio editions that included a total of thirty-seven etchings, by nationally and internationally recognized artists. He worked with artists such as Bruce Nauman, Ed Paschke, Jim Nutt, Gladys Nilsson, Roger Brown, Krishna Reddy, Martin Levine, Munio Makuuchi, David Becker, John Wilde, Alan Shields, William Wiley, and Michelle Grabner, to name but a few.

Andrew Balkin’s work is in the collections of numerous institutions, both public and private, including the National Museum of American Art-Smithsonian Institution, Metropolitan Museum of Art, Chicago Art Institute, Milwaukee Art Museum, and Palm Springs Art Museum. His work has been exhibited in numerous juried group shows, among them the Brooklyn Museum of Art, (curated by the late Gene Baro), The Chazen Museum (formerly The Elvehjem Museum of Art), 1980 Wisconsin Biennale (curated by the late Henry Geldzahler), and The Milwaukee Art Museum, among others.