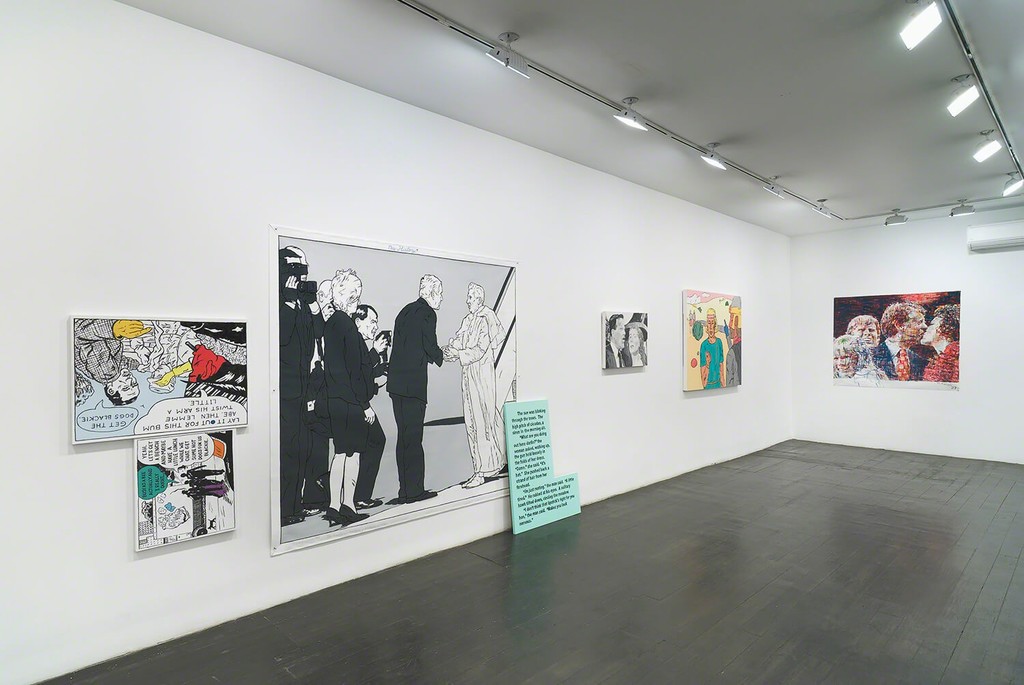 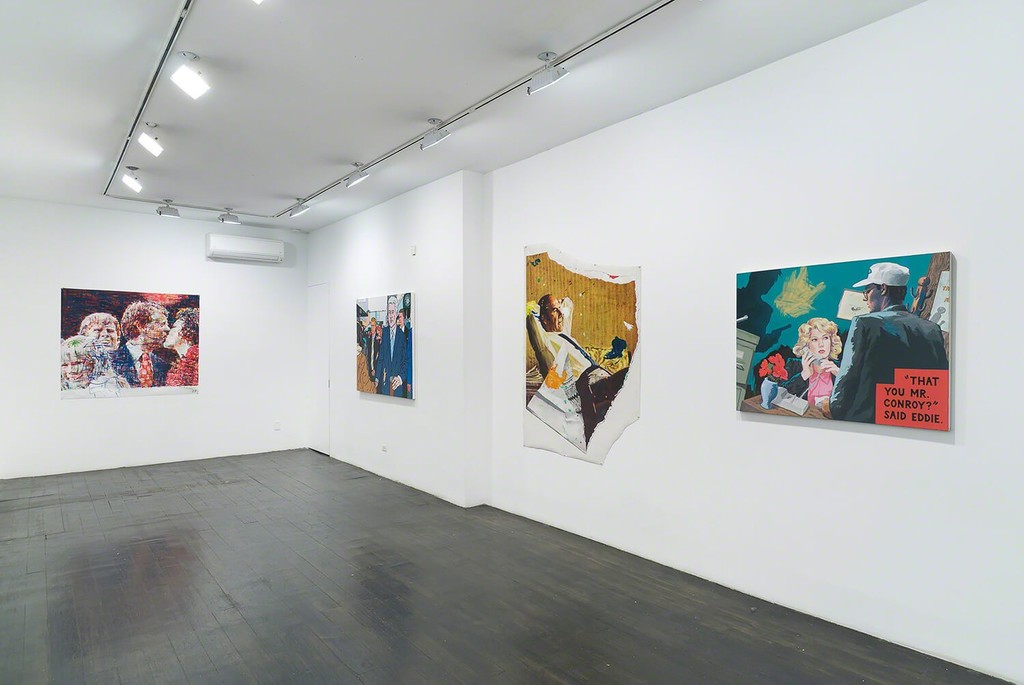 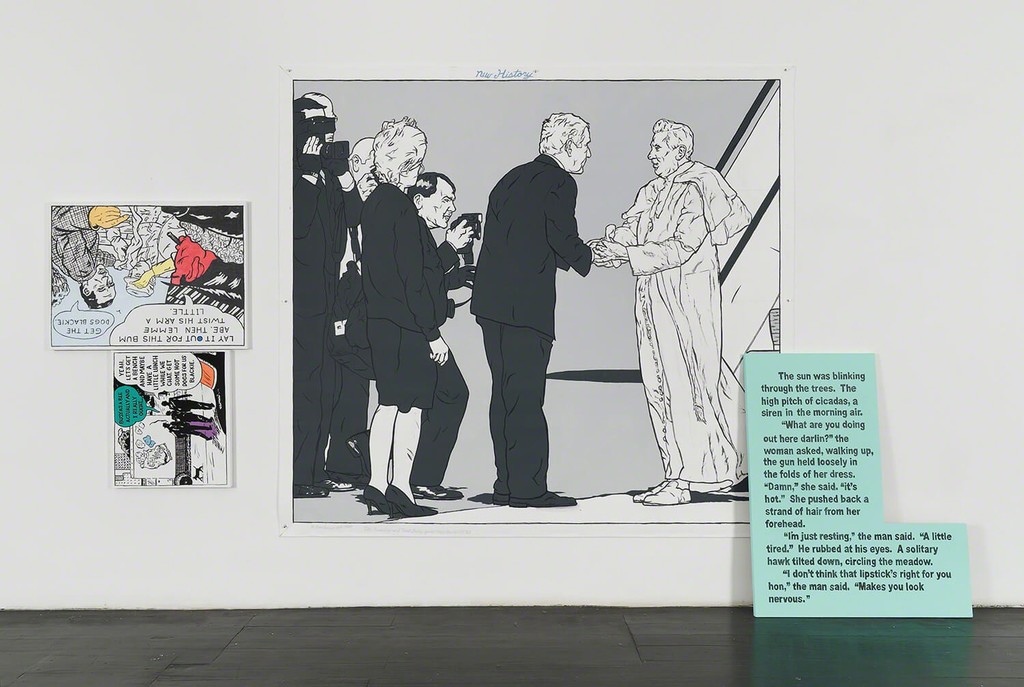 The gallery is pleased to announce its second solo show by American painter Ed Blackburn. The exhibition offers a brief survey of the artist’s fascination with the images of popular culture spanning from 1973 to the present.

In the early 1970s Blackburn began deriving his imagery through an eclectic approach to appropriating and combining images and styles from various cultural sources – a practice which he has continued to this day. Often choosing images with a depth of meaning, the artist welcomes the tension between the narrative disruption of the visual experience and painting’s ability to free the imagery and its meaning – a predicament that the artist likes to call an “edge.”

In “Painted Magazine (McGovern)” from 1973 we see a large-scale painted reproduction of a tattered, stained, folded, and ripped magazine picture of George McGovern reclining in an office chair and in “Ex-President in Harlem” from 2004 we see Bill Clinton emerging from a crowd with one hand extended to greet an onlooker while the other grasps an iced coffee. Yet the hyper-realistic style of the former is juxtaposed with the bold, black lines reminiscent of comic strips in the later. Both are seemingly simple appropriated images of unfolding political drama but when seen within the context of other works from the artist’s vast oeuvre they prove to be complex, nuanced, and intriguing pictures ultimately about a sustained practice of painting.

With a deep appreciation for the adventure drama comics of his youth (namely Fred Harmon’s “Red Ryder” – a popular American fictional cowboy of the 1940s) and a desire to build upon the foundation laid by the first wave of Pop artists (the artist cites the seminal Pop Art exhibition at the Whitney and his multi-hour long talks about movies and art with Bob Stanley with whom he shared a midnight filing job on Wall Street as important influences), Blackburn’s works capture the irony and tumult of ideology. Mining magazines, newspapers, film noir, and biblical stories, the artist’s works are often focused upon recognizable figures in that awkward moment of self-doubt or in that foreshadowing moment just before things seem to go awry. Many of the protagonists in his paintings seem to be concentrated on maintaining a sense of normalcy in the midst of surreal conditions: John Putnam and Ellen Fields watching the great fireball colliding with the earth in “It Came From Outer Space”, David pondering the rock in his hand before facing Goliath, or George McGovern just before his landslide loss to Richard Nixon. These ideas coalesce in an ongoing series of painted comic strips by Ray Madison (a moniker for collaborations with his wife Linda), which center around the adventures of Eddie Leon, who is a fictional sign painter and part-time detective.

Speaking of Blackburn’s work the critic Dave Hickey commented that the artist exploits “the eccentricities and limitations of comic book narrative to enable the making of intricate modern paintings. The simplicity and flatness of comic book rendering combined with its cinematic cropping and angling provides an infinitely flexible vehicle for arranging forms on the flat surface of a rectangular canvas. Blackburn derives similar privileges from the simplified palate of comic book coloring and from its conventional abandonment of verisimilar color associations. In comic books, faces can be green, trees orange and the sky violet. As a consequence, the artist is able to exploit this formal and chromatic freedom to create exquisitely arranged Modernist paintings that make no compromise with traditional pictorial conventions of representation. This enables Blackburn to exploit the continuities of high and low culture in America to demonstrate the historical roots of comic book rendering in the practice of Matisse and the Fauves…”