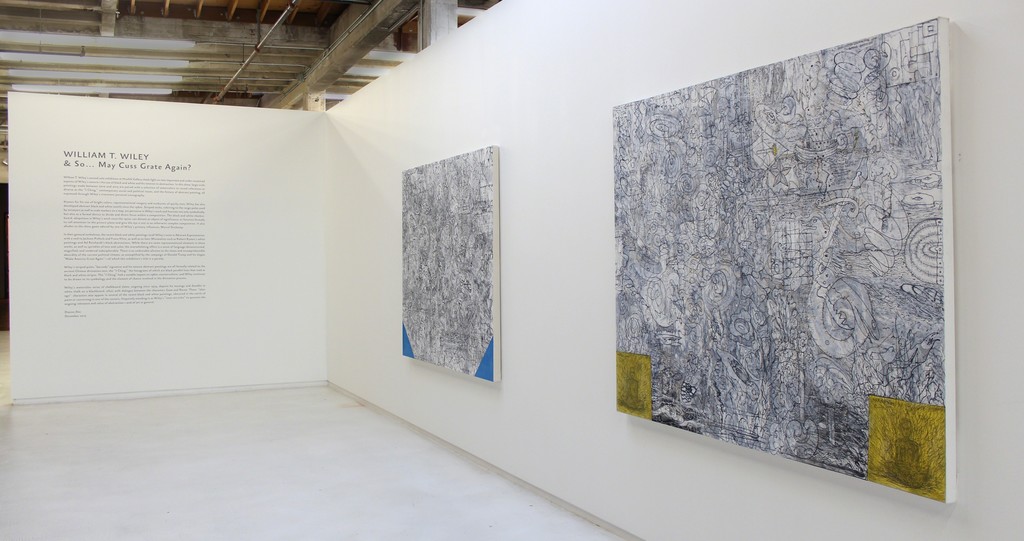 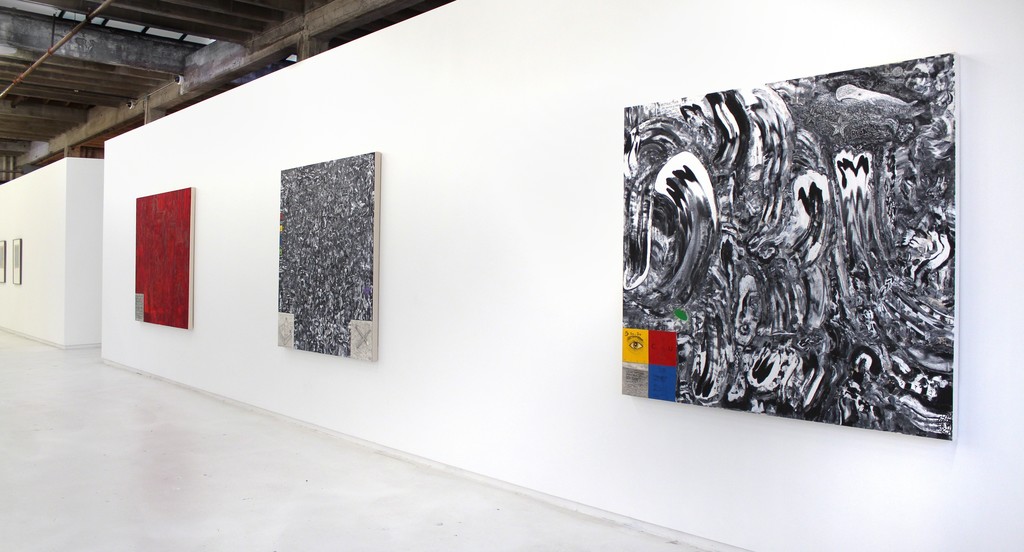 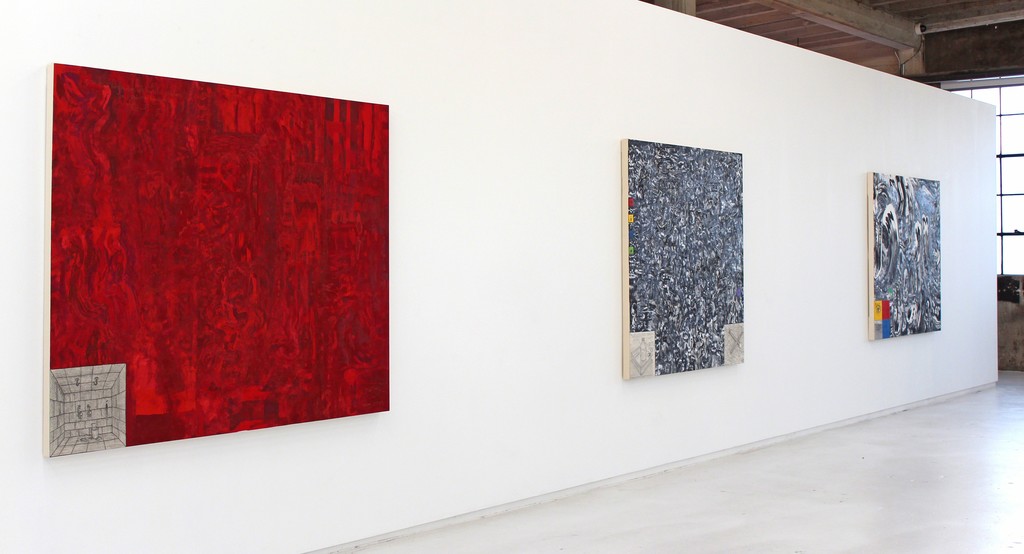 William T. Wiley’s second solo exhibition at Hosfelt Gallery sheds light on two important and under-examined aspects of Wiley’s oeuvre—his use of black and white and his interest in abstraction. In this show, large-scale paintings made between 2010 and 2015 are paired with a selection of watercolors to reveal references as diverse as the I Ching, contemporary social and political issues, and the history of abstract painting, all expressed through Wiley’s irreverent personal iconography.

Known for his use of bright colors, representational imagery and outbursts of quirky text, Wiley has also developed abstract black and white motifs since the 1960s. Striped sticks, referring to the range poles used by surveyors as well as scale markers on a map, are pervasive in Wiley’s work and function not only symbolically, but also as a formal device to divide and direct focus within a composition. The black and white checkerboard, ubiquitous in Wiley’s work since the 1970s, can denote an object of significance, or function formally to call attention to the picture plane and give the eye a rest in an otherwise complex composition. It also alludes to the chess game adored by one of Wiley’s primary influences, Marcel Duchamp.

In their gestural turbulence, the recent black and white paintings recall Wiley’s roots in Abstract Expressionism, with a nod to Jackson Pollock and Franz Kline, as well as to later Minimalists such as Robert Ryman’s white paintings and Ad Reinhardt’s black abstractions. While there are some representational elements in these works, as well as sprinkles of text and color, the overwhelming effect is a sense of language deconstructed, magnified, and rendered indecipherable. There is an undeniable allusion to the chaos and incomprehensible absurdity of the current political climate, as exemplified by the campaign of Donald Trump and his slogan “Make America Great Again”—of which this exhibition’s title is a parody.

Wiley’s striped poles, “barcode” signature and his newest abstract paintings are all formally related to the ancient Chinese divination text, the I Ching, the hexagrams of which are black parallel lines that read as black and white stripes. The I Ching had a notable impact on 1960s counterculture, and Wiley continues to be drawn to its symbology and the element of chance involved in the divination process.

Wiley’s watercolor series of chalkboard slates, ongoing since 1974, depicts his musings and doodles in white chalk on a blackboard, often with dialogue between the characters Goat and Raven. These "alter ego" characters also appear in several of the recent black and white paintings, obscured in the swirls of paint or conversing in one of the corners, frequently standing in as Wiley’s “inner art critic” to question the ongoing relevance and value of abstraction—and of art in general.