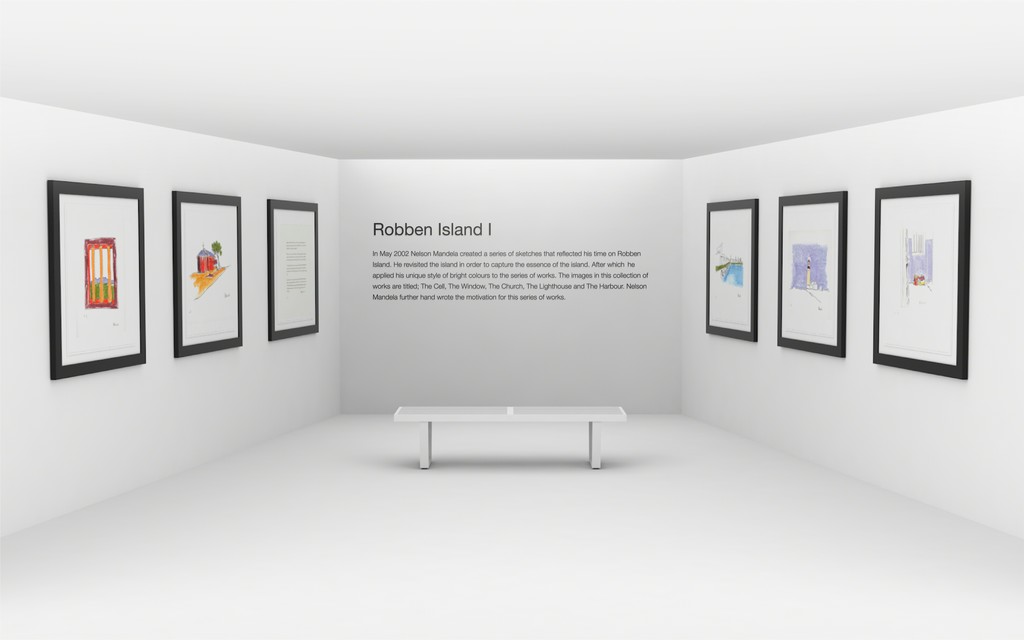 Nelson Mandela's hand-sketched artworks of Robben Island. Booth includes, "The Window", "The Church", "The Motivation", "The Harbour", "The Lighthouse", and "The Cell". 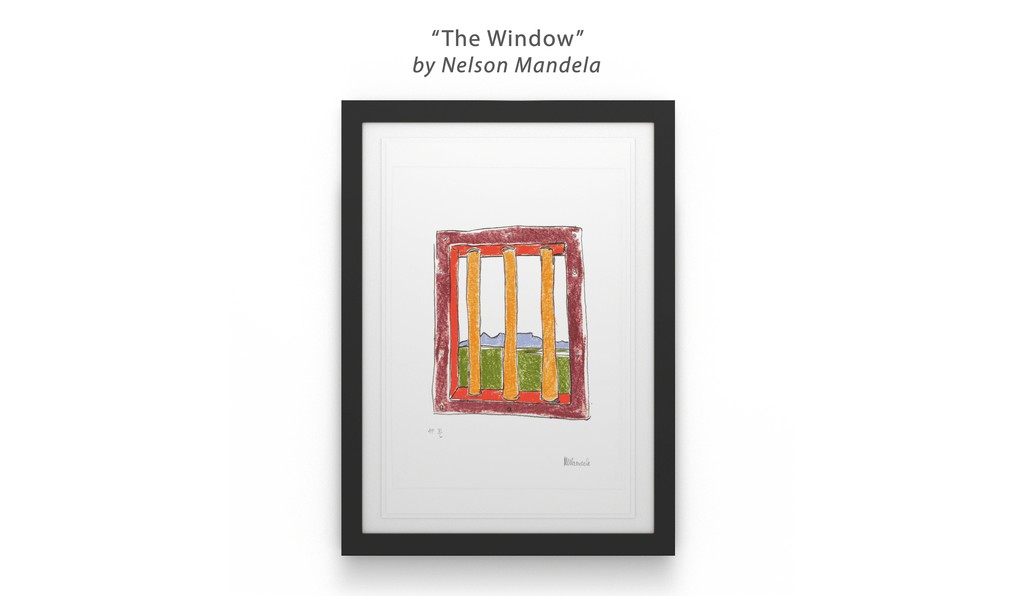 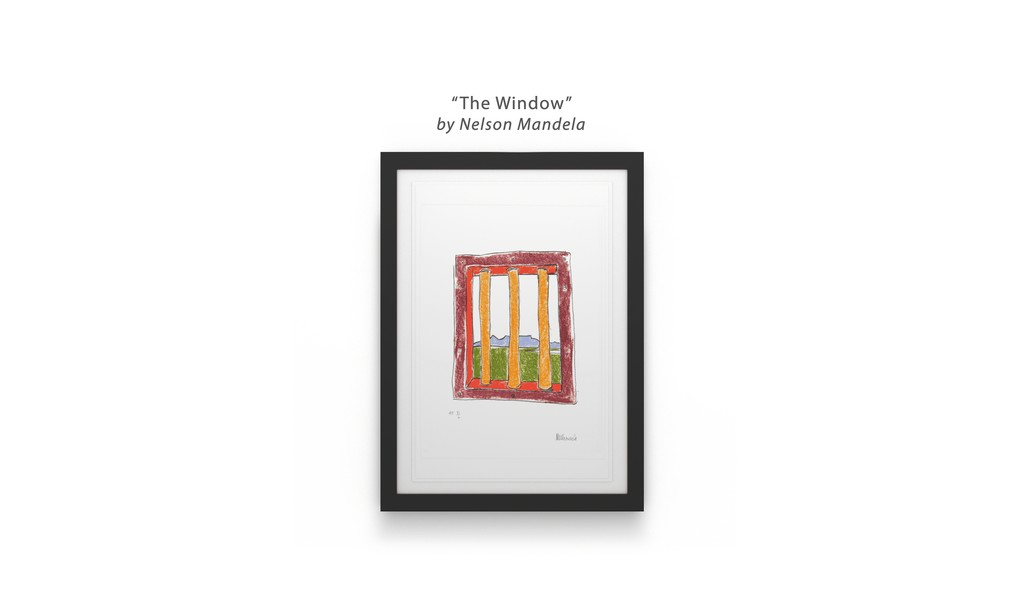 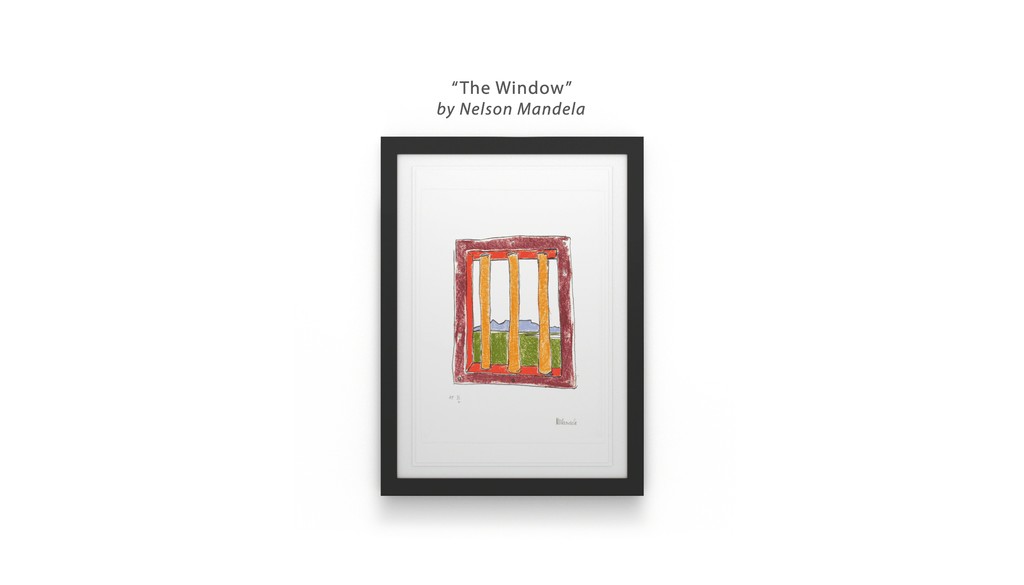 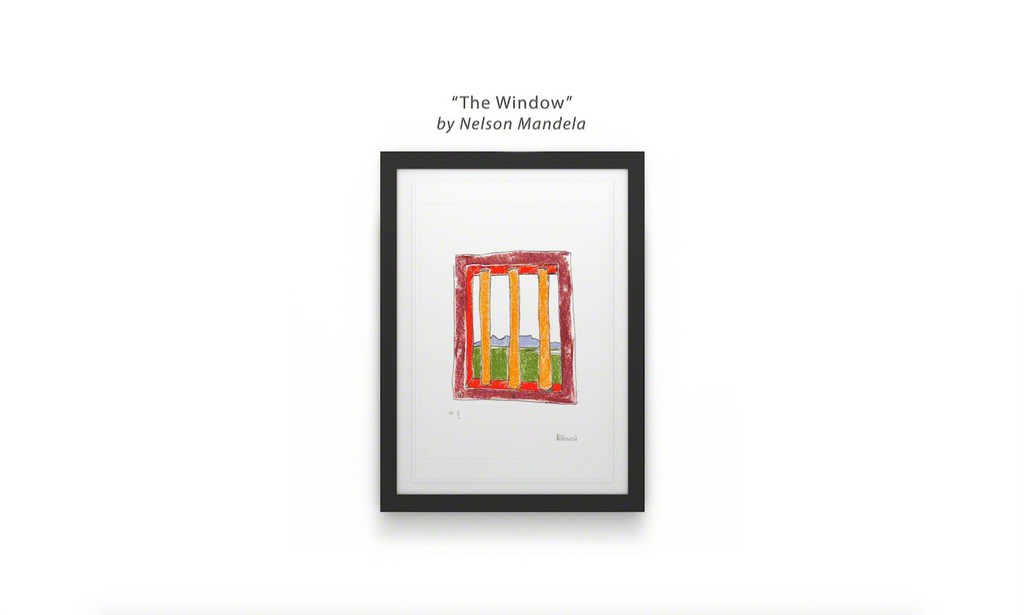 In May 2002, Nelson Mandela began a series of sketches with the subject Robben Island. In the company of a skilled photographer, Grant Warren, he revisited the island, scene of some of his most painful years with its cruel repressive regime, but now expressed in the positive light to which Mr Mandela had always seen it for what it was, a place of reflection for what it took to stand for something greater than all of us.

"When it came to recreating visions of Robben Island, I needed to share this rich experience of culture which to me has a very special meaning. When I initially did the sketches in black chalk the images looked quite bleak. I then thought that it should be a celebration and introduced the bright and cheery colours which I
understand have become a new art form and I hope that it will give you as much pleasure as I have had in creating these images."

"My Robben Island, I have attempted to colour the island sketches in ways that reflect the positive light in which I view it. This is what I would like to share with people around the world and, hopefully, also project the idea that even the most fantastic dreams can be achieved if we are prepared to endure life's challenges. This Full Signed set includes "The Window", "The Cell", "The Church", "The Lighthouse", "The Harbour", and "The Motivation" behind the entire collection."