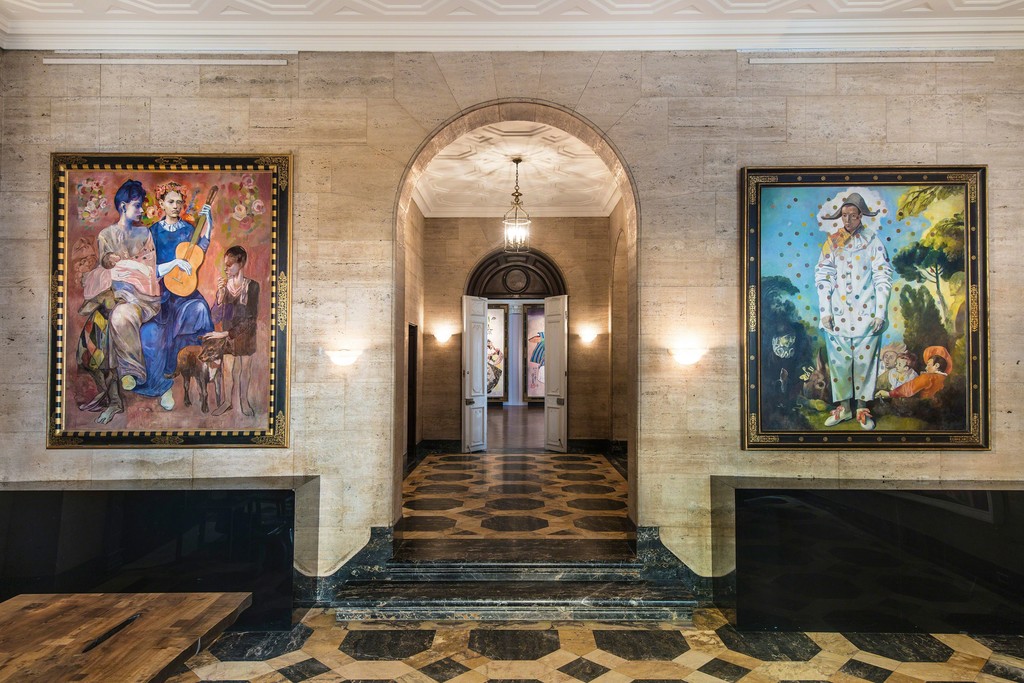 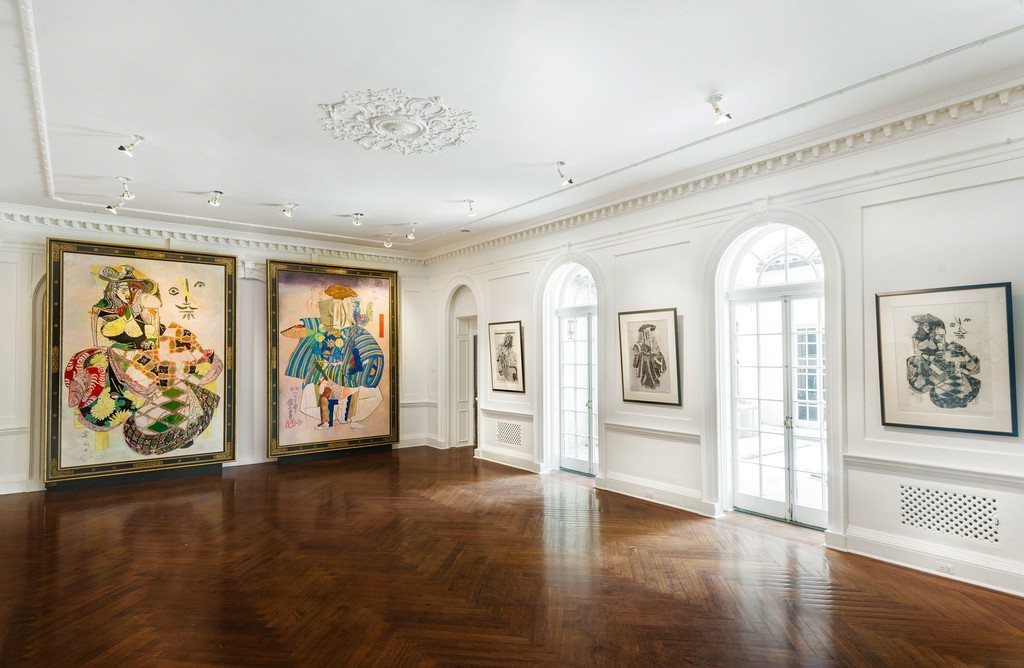 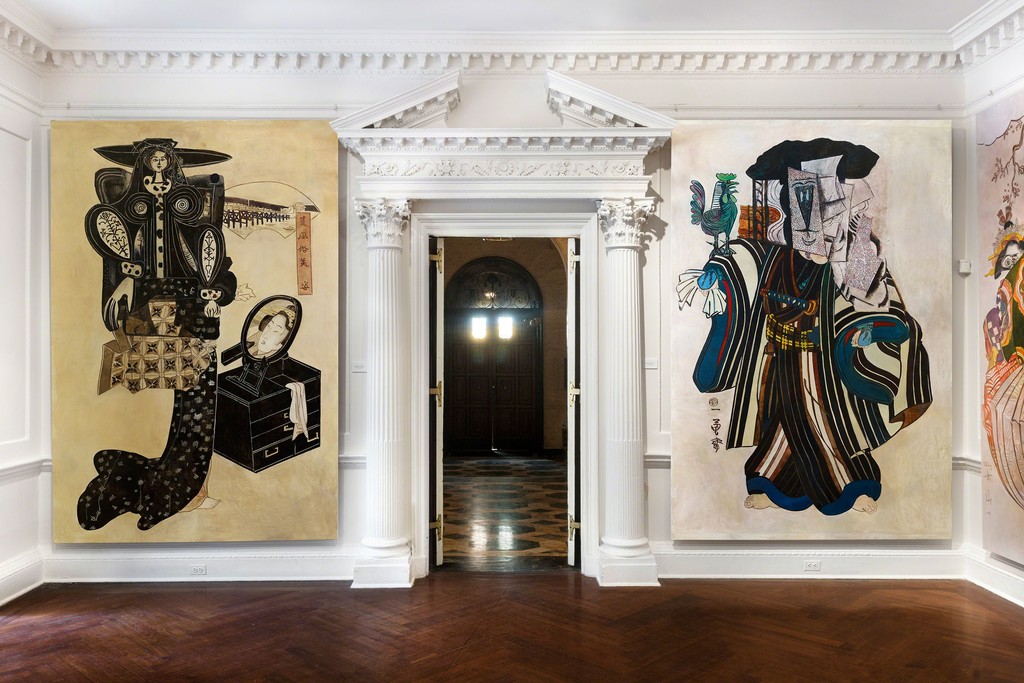 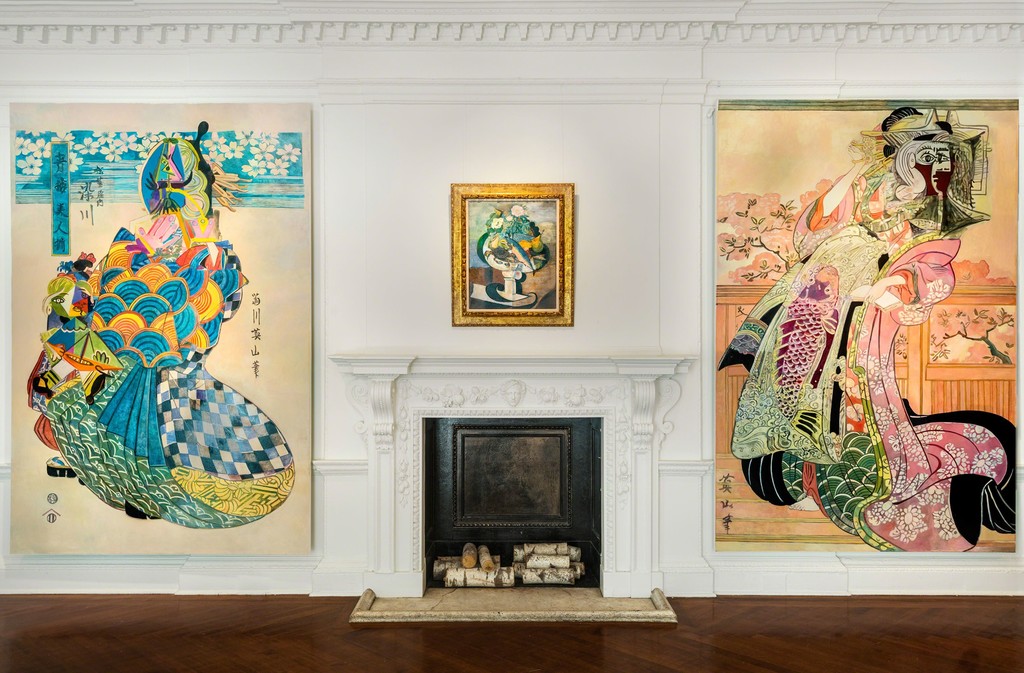 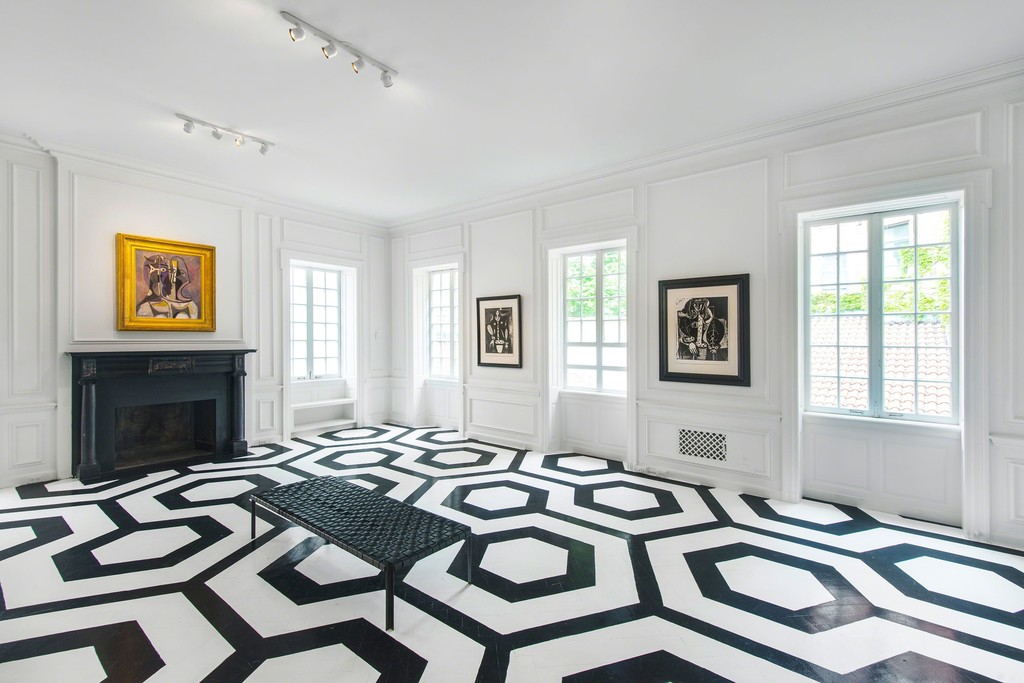 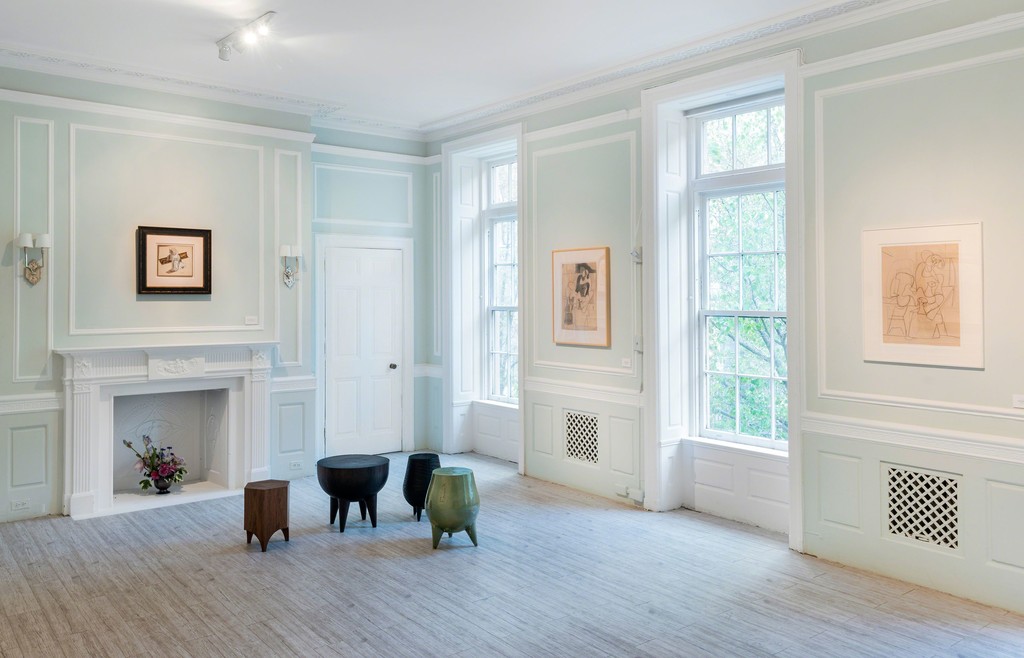 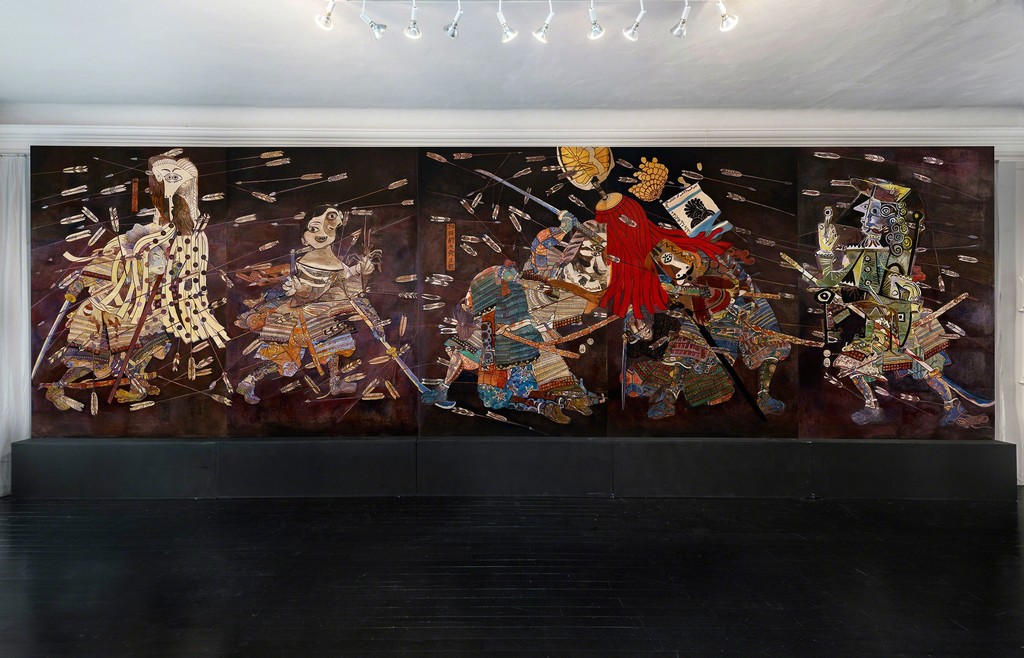 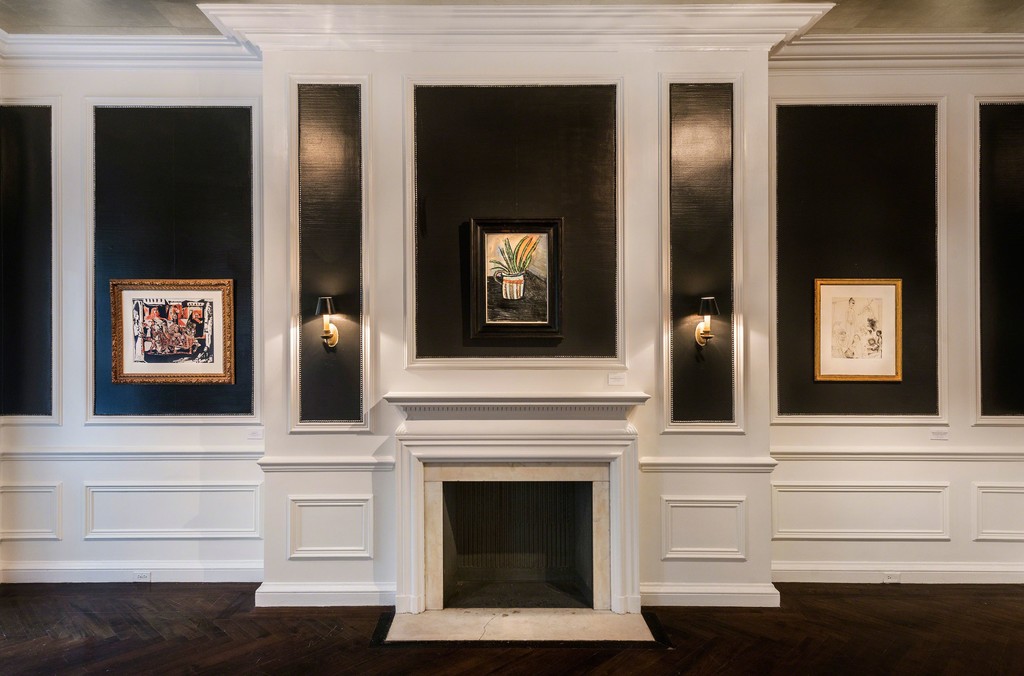 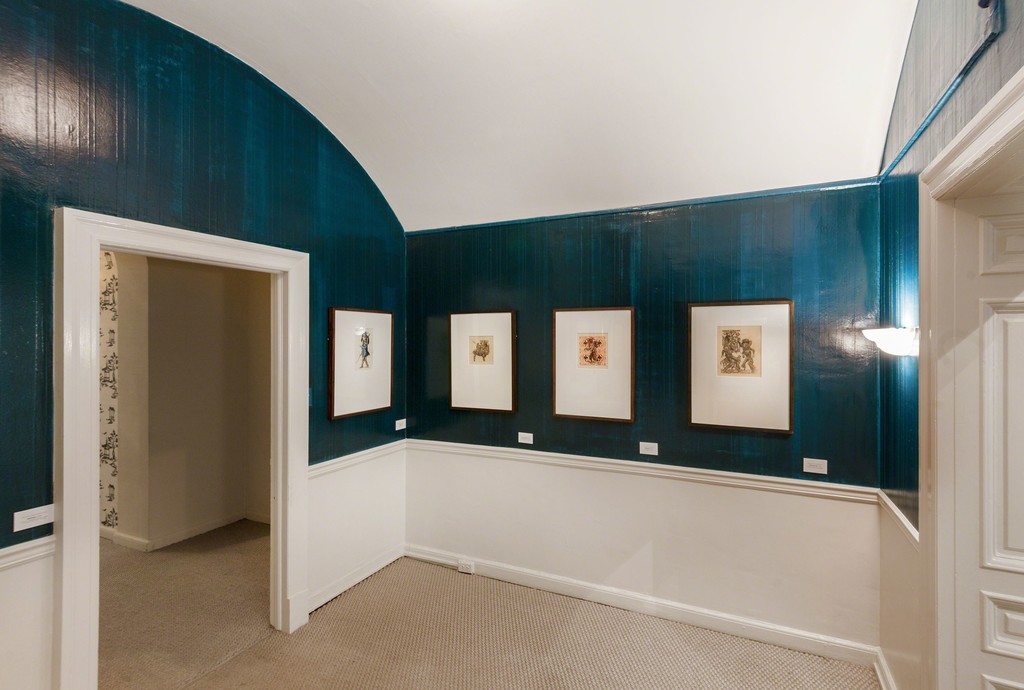 At the heart of DELIRIOUS PICASSO is British artist Wolfe von Lenkiewicz, with his debut exhibition in New York City. In his latest series of oil paintings, von Lenkiewicz juxtaposes Picasso’s oeuvre with ukiyo-e, a Japanese genre of woodblock prints and paintings, to explore the harmony between Eastern and Western artistic traditions. Synthesizing restraint and grandeur, the artist combines flat perspective with sumptuous colour and use of pattern as exemplified in ukiyo-e. He reinterprets the work of both the 19th-century Japanese painter Kikugawa Eizan and Picasso, taking particular inspiration from the spontaneity and vitality of the latter.

Von Lenkiewicz’s presentation comprises two distinct series of works entitled The Guards of the Void and The Giants. The grand reconfigured paintings combine Picasso motifs with courtesan and samurai figures to form a potent new visual language. This provocative iconoclastic act liberates the borrowed paintings from their cultural mythos, reinvigorating the icons into bold enigmatic prototypes. Von Lenkiewicz’s deft handling of these seemingly disparate aesthetics form an arresting series of paintings that, in dialogue with the works of Picasso, demonstrate the reconcilable nature of Eastern and Western artistic practices.

DELIRIOUS PICASSO refers to the manifesto Delirious New York written by Dutch architect Rem Koolhaas (1978). A celebration and analysis of New York City, the book refers to Manhattan as “the 20th century’s Rosetta Stone” and portrays the city as a laboratory for the invention and testing of a metropolitan lifestyle.
Built in 1921 by William Ziegler Jr., the magnificent Academy Mansion mirrors the themes in DELIRIOUS PICASSO, borrowing tenets of Japanese architecture, such as a central courtyard, while typifying the aesthetics of Upper East Side affluence.