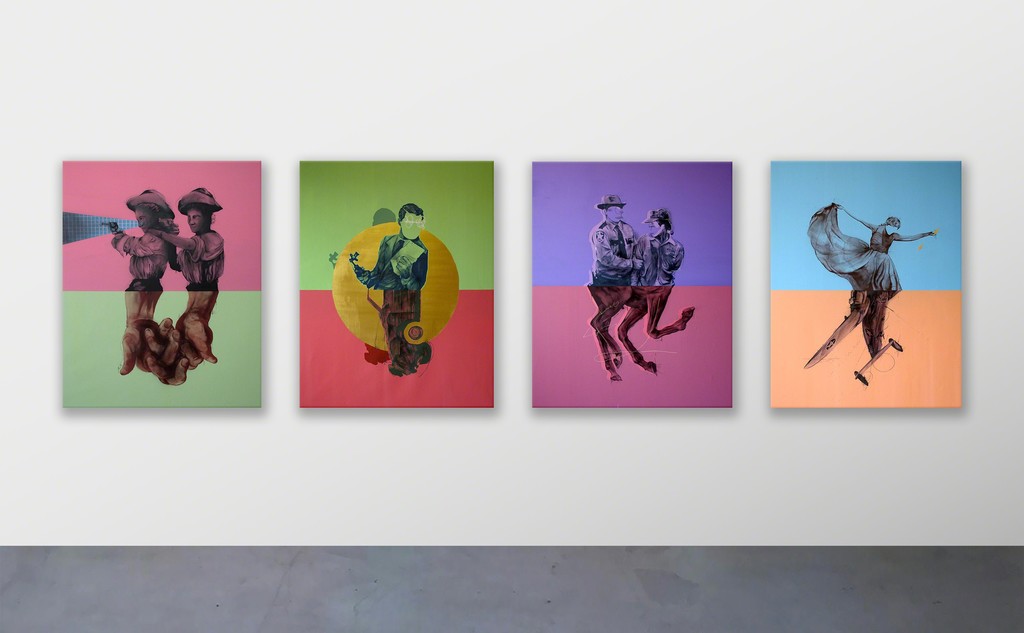 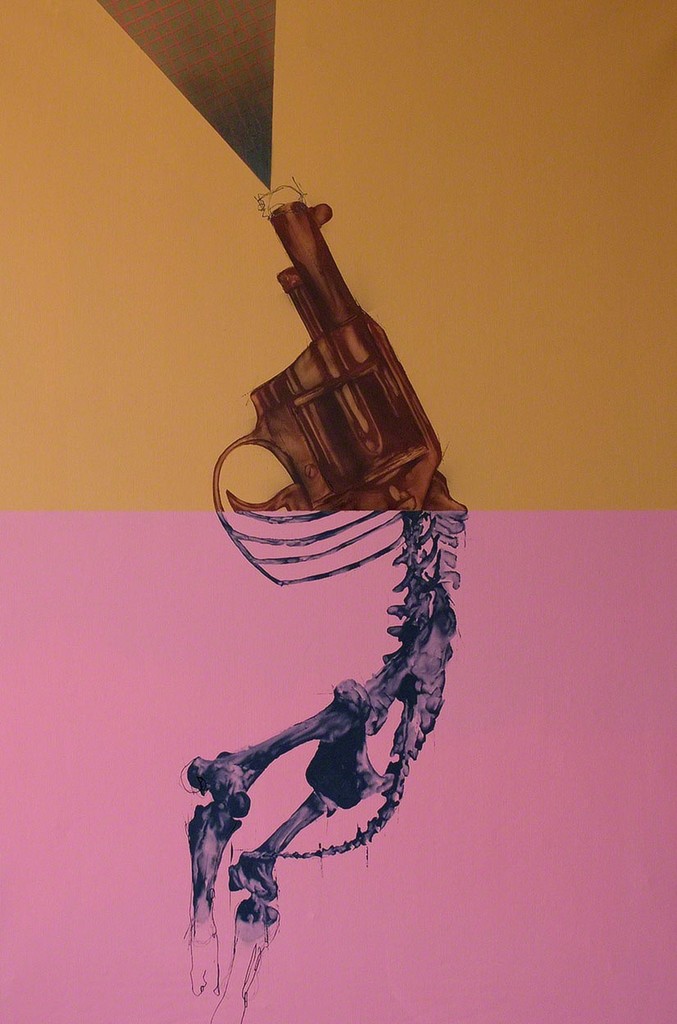 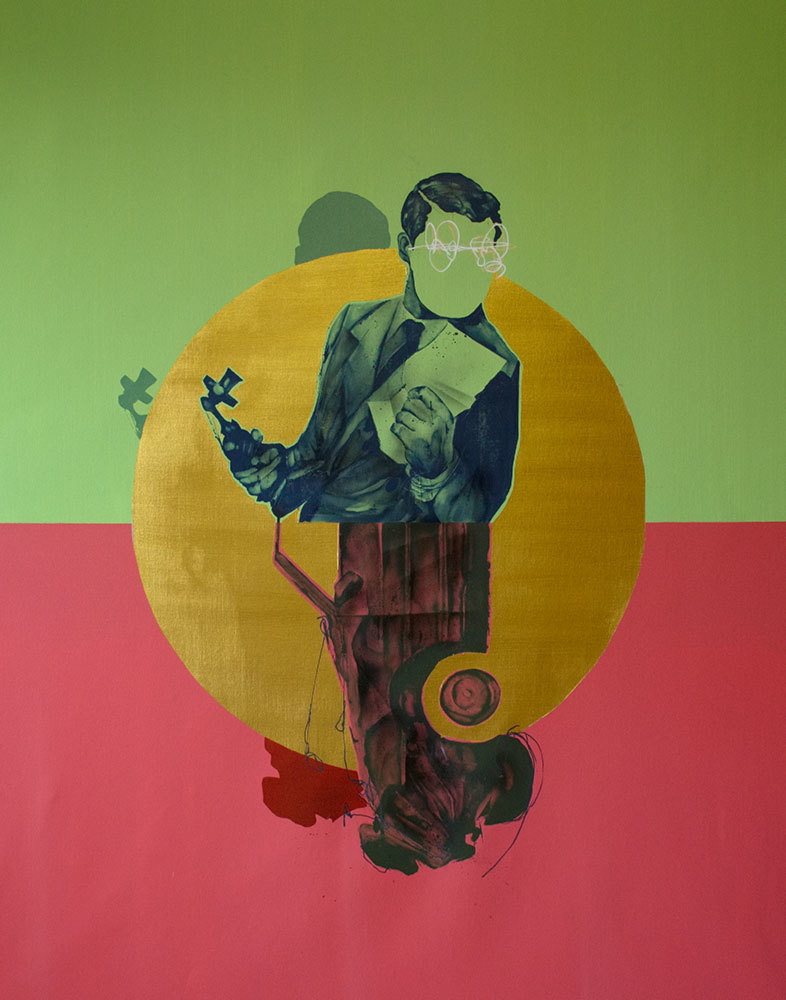 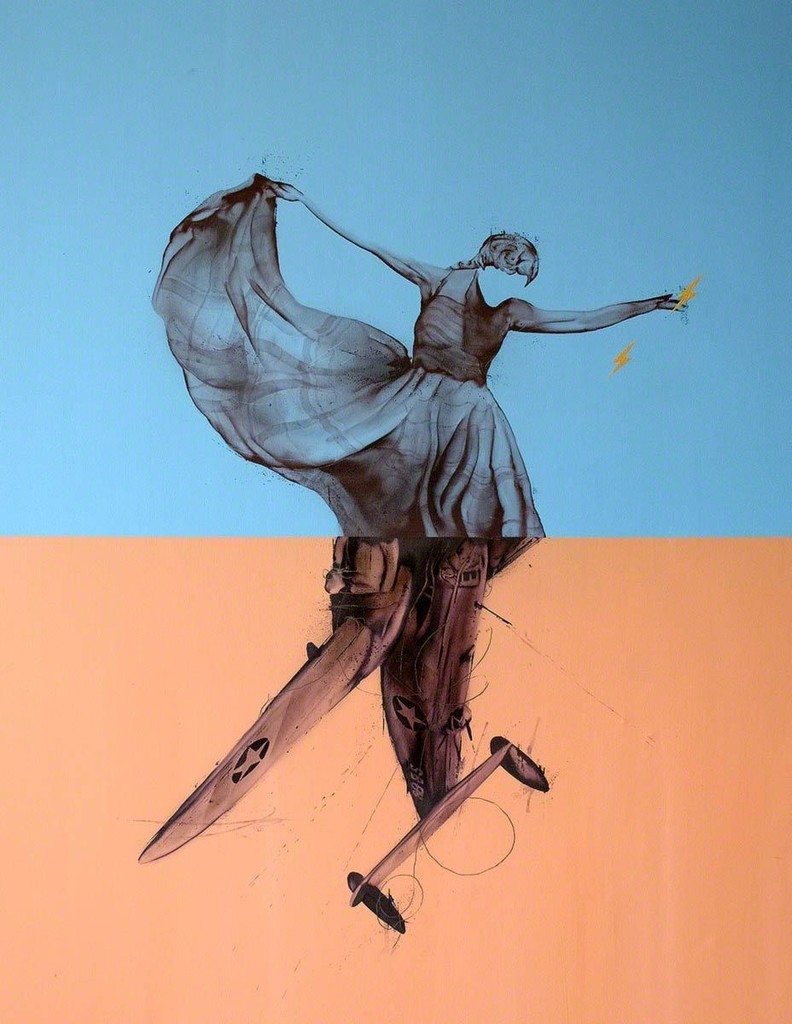 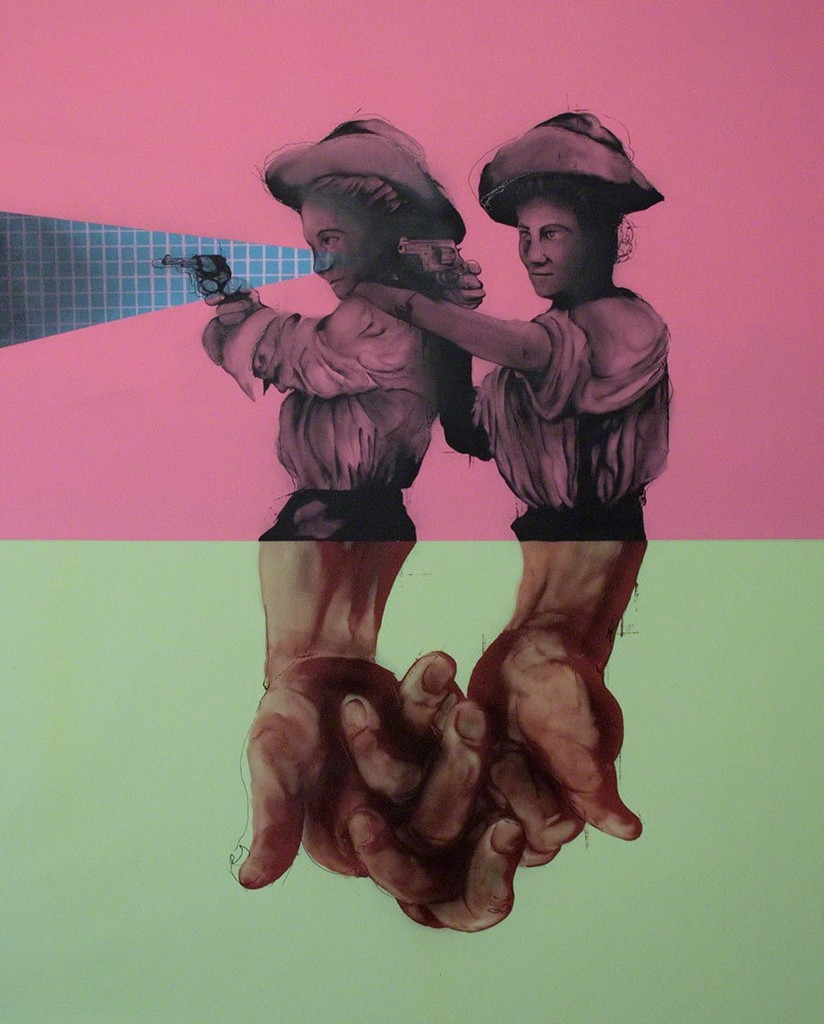 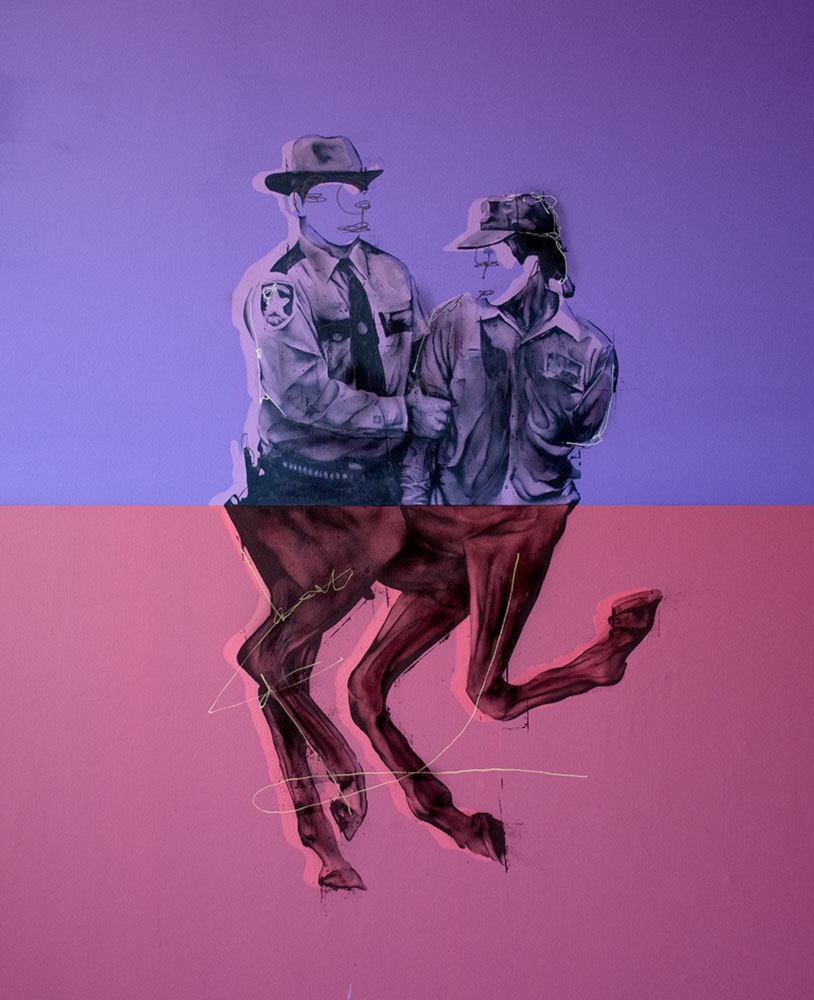 Originally from South Bronx, Moncho 1929 has his own story to tell as one of Los Angeles’ favored street artists. The ‘Chimera Series’ offers just the place for him to explore and alter the meaning of allegory, nostalgia and contemporary iconography.

Chimera, according to Greek mythology, is a female monster with the body of goat the and head of a lion, a clash of the imagination. But the softer side of the chimera is more symbolic, it depicts the fantasy of impossibility, the illusion that hope sets its sight on.

Drawing on content from the Wild West to the WWII era, the imagery is imbued with representational forms that recall the art of story-telling. Sentimental themes of youth, weaponry and ideology, echo as they resonate against their opposing half on canvas.

Rich hues shine through the black and white sketches, annotated by white lines and gold leaf, offering traces of narratives and perception for the viewer. Moncho 1929 questions the sate of our country, especially dichotomies of power and authority, with romance and history. His work reveals a level of truth and irony in a dramatic fashion while playing on the accessibility of common sense.

Moncho 1929’s abstractions are detailed, bringing human and animal figures to the foreground with minimal or even void backgrounds. The blank spaces invites the viewer to further the impression of his radical juxtapositions.

Most recently, his work joined the permanent collection of the Figge Museum in Davenport, Iowa; adding his presence in multiple private, city, and corporate collections from LA Clippers to the French Consulate of the U.S. and beyond.

House of Wren is pleased to partner with CuratorLove to present complimentary exhibitions co-curated to further delve into the theme of the Chimera Series by Moncho 1929.