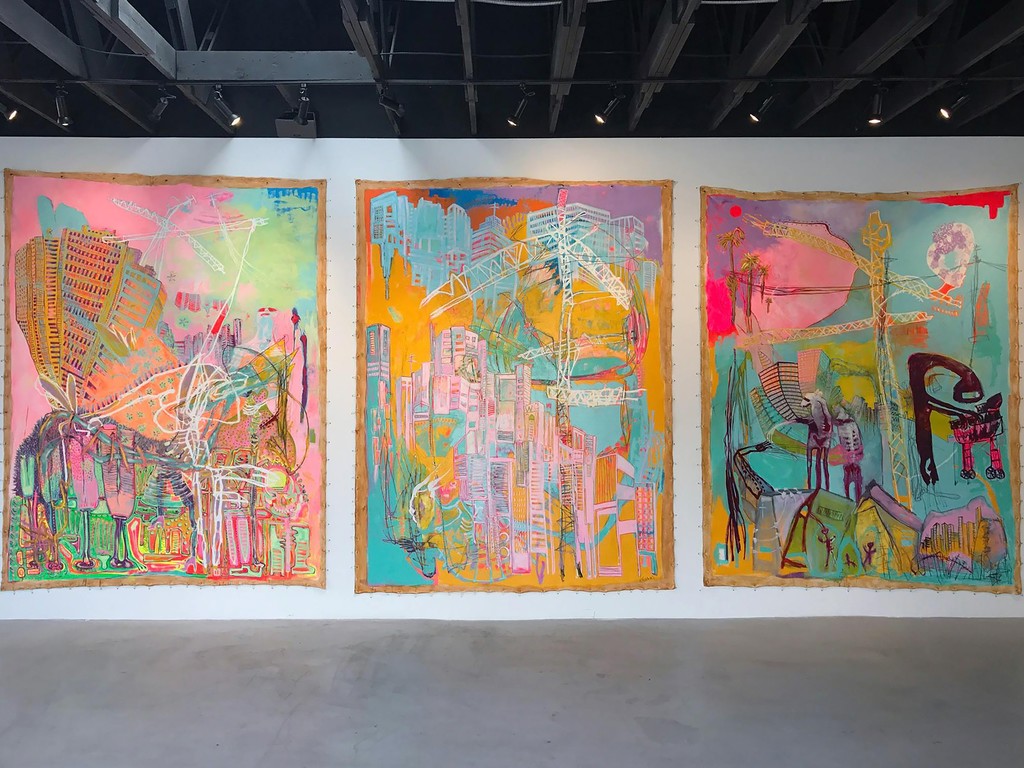 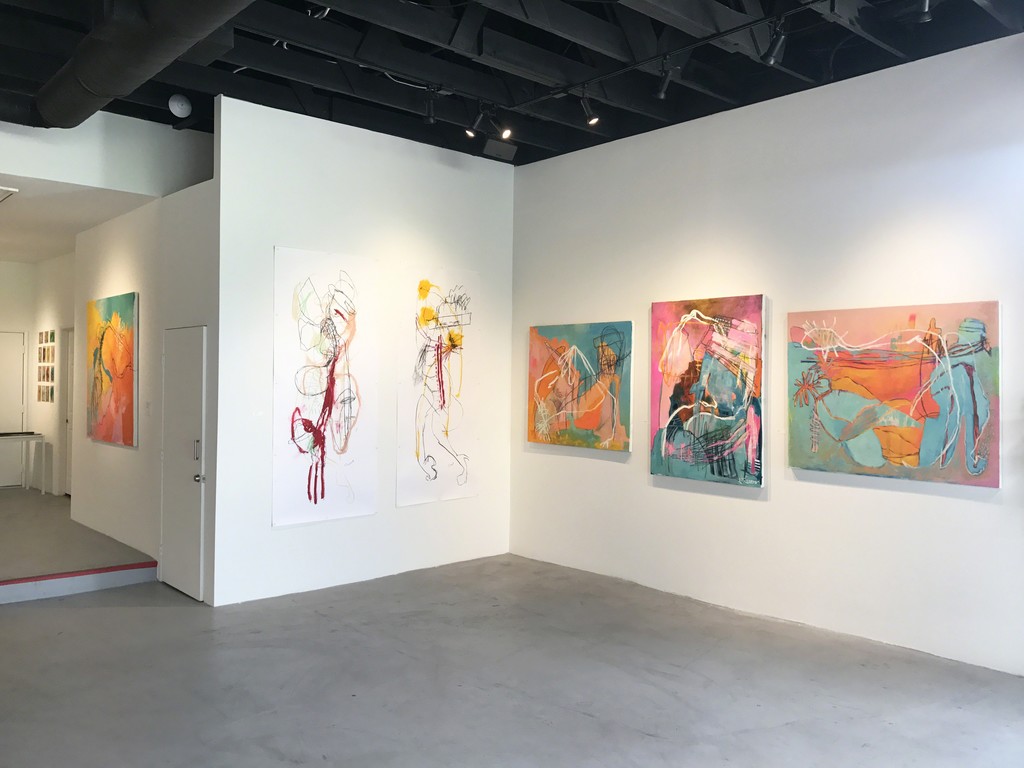 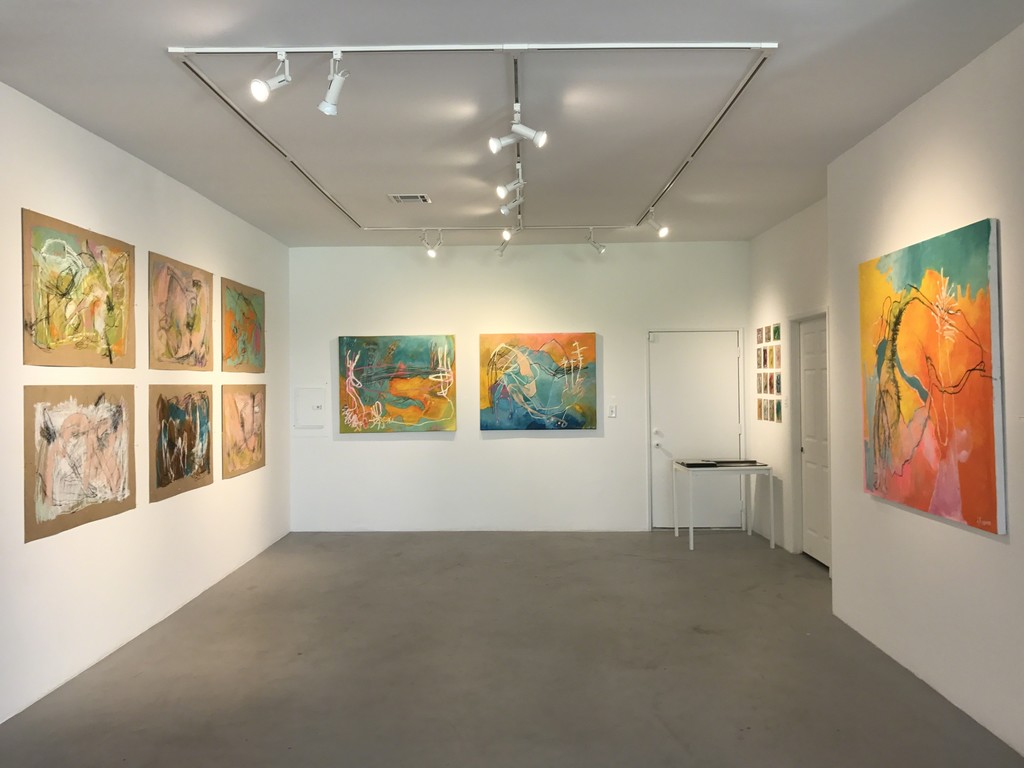 House of Wren proudly presents the transcontinental paintings and drawings of Kaye Freeman in a solo exhibition titled Prolepsis of the Archetype. For Freeman, Los Angeles is a litany of tribulation adorned by the sweet universal sunshine emitting illusions of her former studios in her hometowns of Japan and Australia. Her journey of becoming an American citizen is the story of this exhibition.

Freeman’s resonant work is derived from a profusion of influences spanning ancient western philosophy, prolific painters, film directors and worldly writers. Her kaleidoscopic energy unravels the discordance between line and color flowing through the archetypes of our nature.

From the perspective of downtown Los Angeles, the artist recognizes the cacophony of colors, neither out of place or in place, abstracting the underpinnings of daily life. Finding that the internal workings of a metropolis bare a familiarity to that of its own inhabitants, her offerings of unframed drawings are intended as a skin.

Cumulatively she derives her own atlas along the axis of individuality in her massive triptychs, the cornerstones of the exhibition. Completed in Australia during her final months there, Freeman painted her first “Garden of Earthly Delights” as an homage to Hieronymus Bosch. Immediately on the heels of leasing her Los Angeles studio, the artist set out on her second 30 foot triptych, “DTLA as the Garden of Earthly Delights,” depicting three scenes from Los Angeles through her beginner’s eye. In the interim, her drawings pervaded and culminate in the panoply shown here.

In her anachronistic representations we find something which has existed before its proper historical time, we find ourselves. Mangled in the webs, held taught in the preceding logic of movements and waves, Freeman celebrates the birth of color in all its potentiality. Using her tools to convey a language like the indigenous people of her former lands, Freeman’s work serves as her own becoming, a visual manifestation of her evolving roots.

Her lines permeate into the past, reaching from the present and towards the future, reverberating the seismic shifts of our internal and external journeys. In Prolepsis of the Archetype, Freeman accentuates the balance that life exudes, hidden or exposed, it is these ravished components, found in the cracks that preserve the essence of what was there all along.