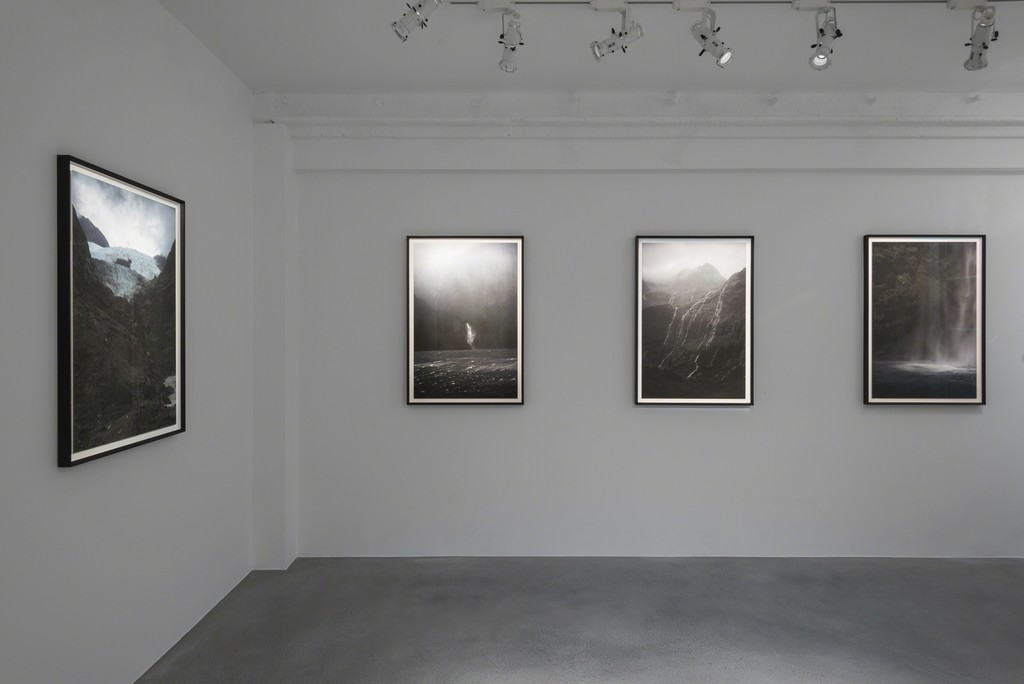 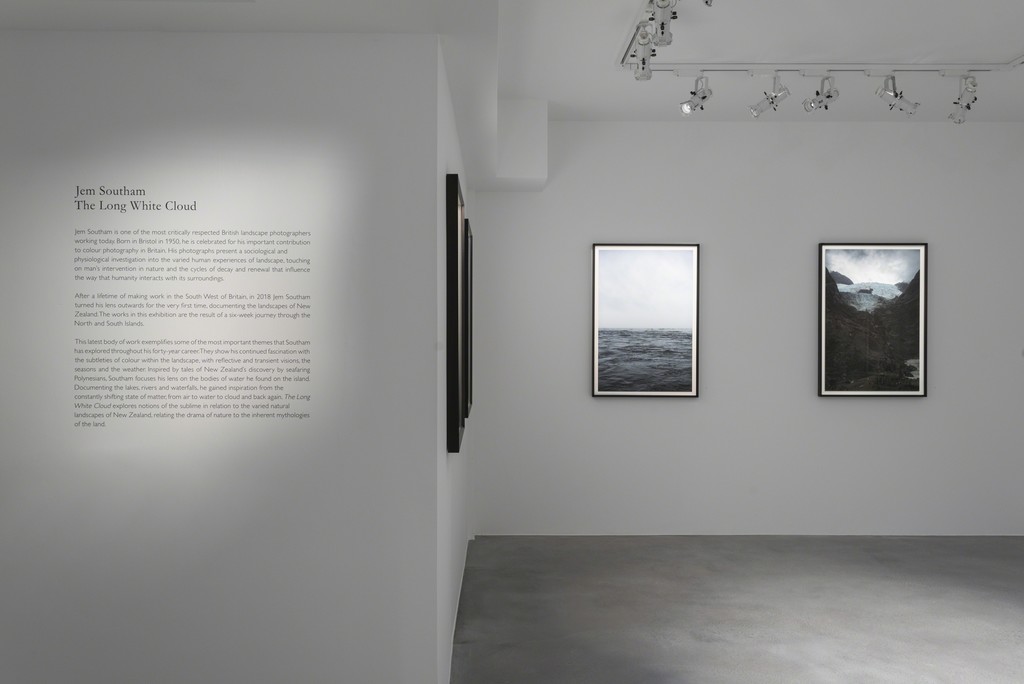 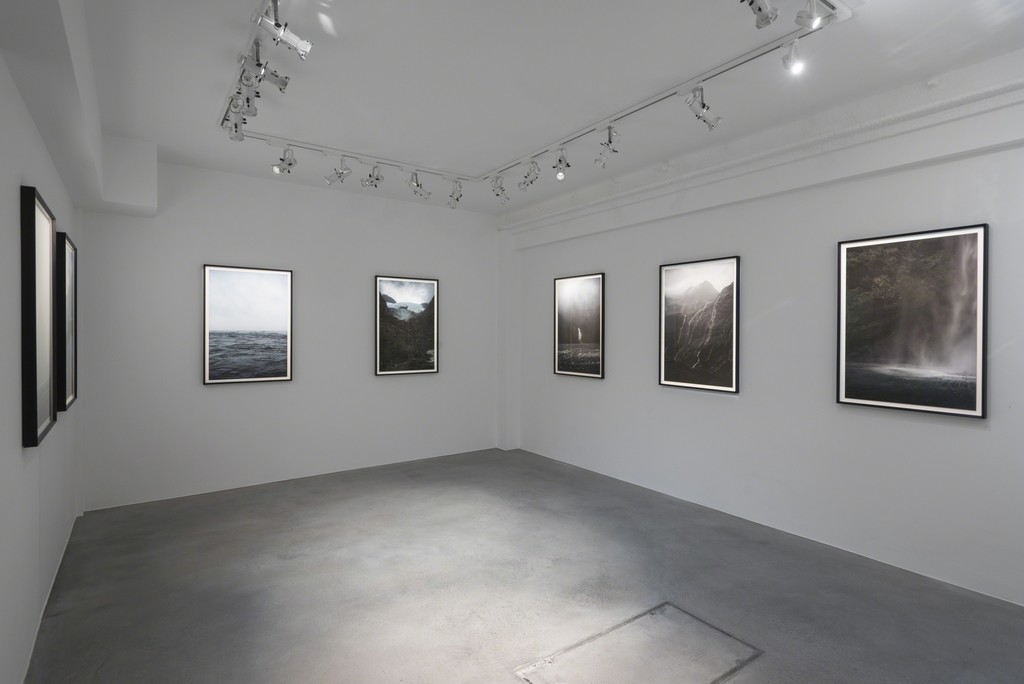 In 2018, after a lifetime of making work in the South West of Britain, Southam made his first overseas trip to produce his latest body of work in New Zealand. The works in the exhibition are the result of a six-week journey around the North and South Islands, and have never been exhibited before.

These new photographs build and expand on themes that Southam has explored throughout his forty-year career. They show his continued fascination with the subtleties of colour, with reflection and transience, and with the effects of the shifting seasons and weather on the landscape. Southam’s work is characterised by its balance of poetry and lyricism within a documentary practice. His photographs present a sociological and physiological investigation into the landscape, touching on man’s intervention in nature, and the cycle of decay and renewal.

Influenced by tales of New Zealand’s discovery by seafaring Polynesians, in The Long White Cloud Southam focuses on bodies of water found on the island.The series took him to Milford Sound and Mount Cook where he documented the watery landscapes enveloped by a huge variety of atmospheres and conditions. The resulting large-scale photographs document the country’s lakes, rivers and dramatic waterfalls, with Southam gaining inspiration from the constant and seamless cycle of matter, from air to water to cloud and vapour, and back again. Exploring notions of the sublime in the varied natural landscapes of New Zealand, these photographs accentuate the connections between the drama of nature to the inherent mythologies of the land.

‘Aeoteroa’, or ‘The Land of the Long White Cloud’, was the name given to the North Island of New Zealand when the Maori navigators first saw signs of the new land in the formations of drawn out strands of cloud spreading across the horizon. It is the dynamic at the heart of this apparition that these pictures aim to explore. The remarkably rich and varied physical profusion of landforms of New Zealand apprehended and made manifest through the momentary shifts of light and the weather. – Jem Southam

Born in Bristol in 1950, Jem Southam’s work is housed in major collections including Rijksmuseum, Amsterdam; Museum Folkwang, Essen; and the Yale Center for British Art, Newhaven. His work has been the subject of numerous international solo exhibitions notably Tate St Ives (2004), V&A Museum, London (2006) and The Lowry, Salford (2009).