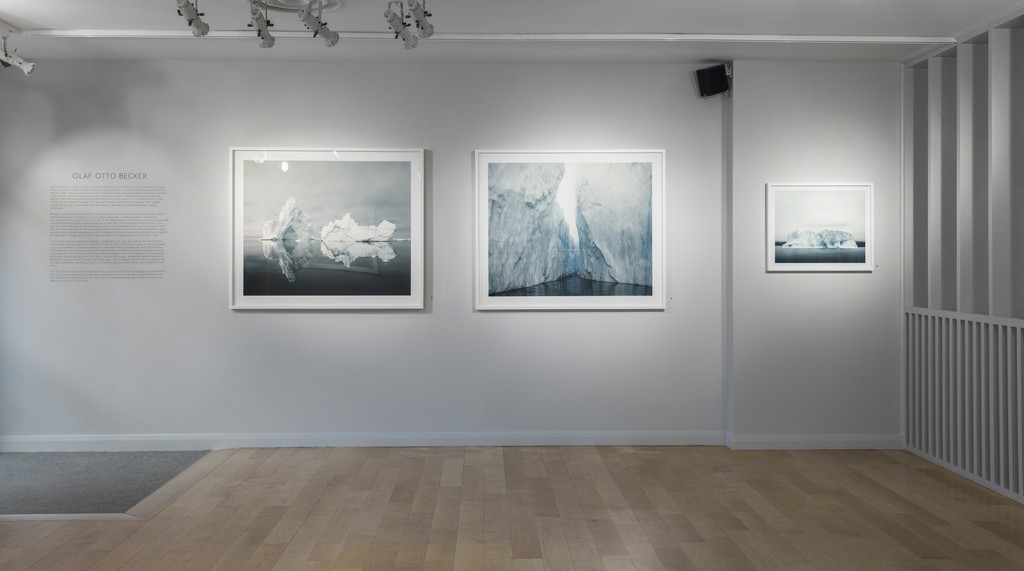 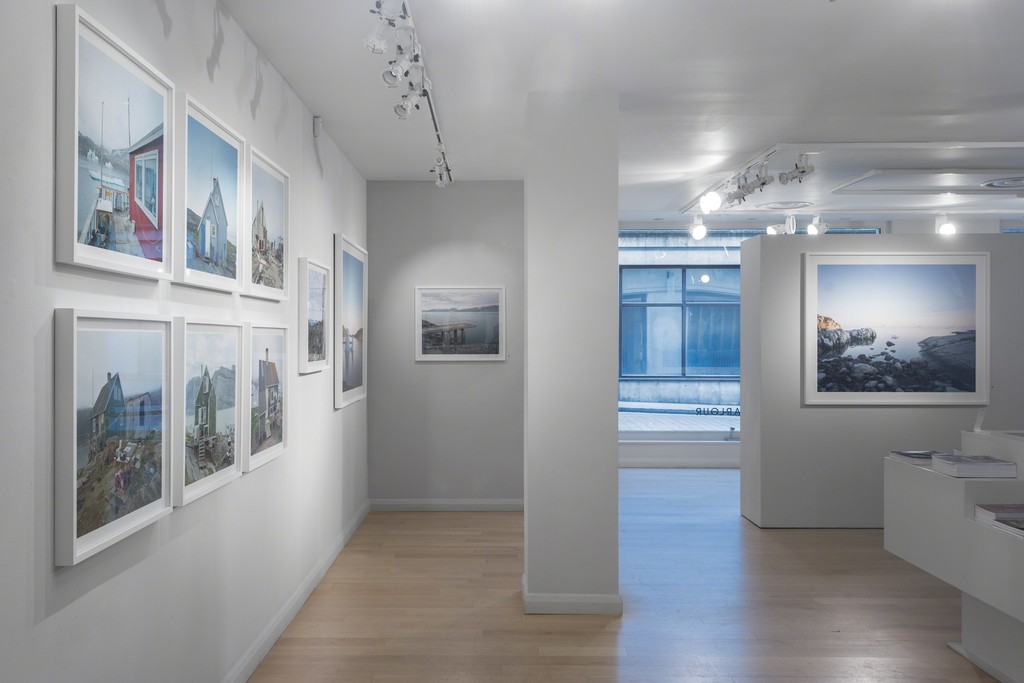 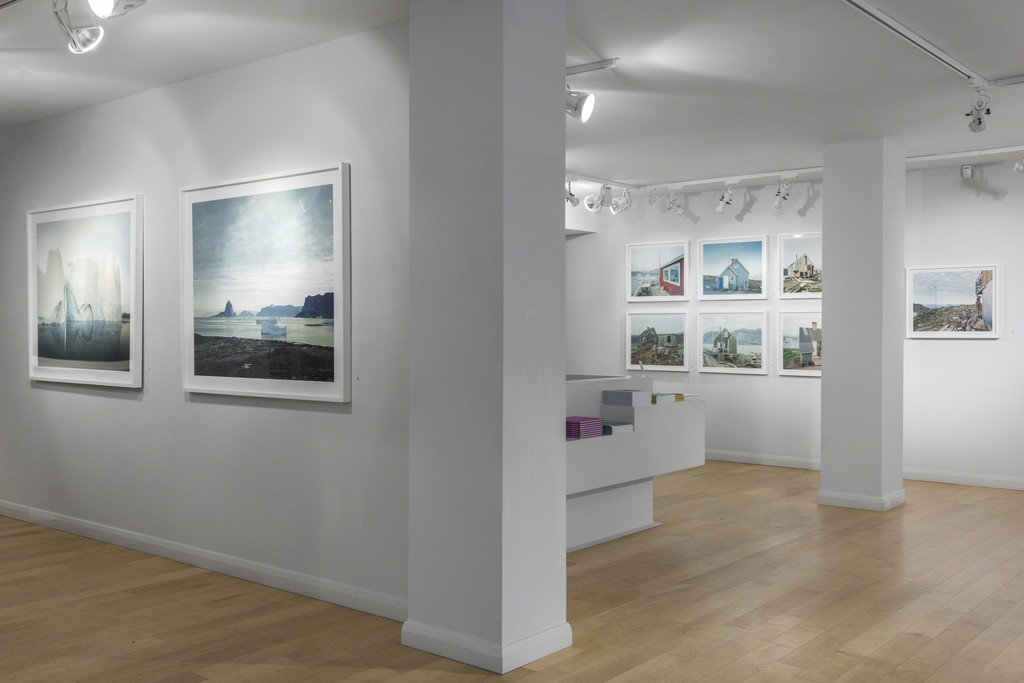 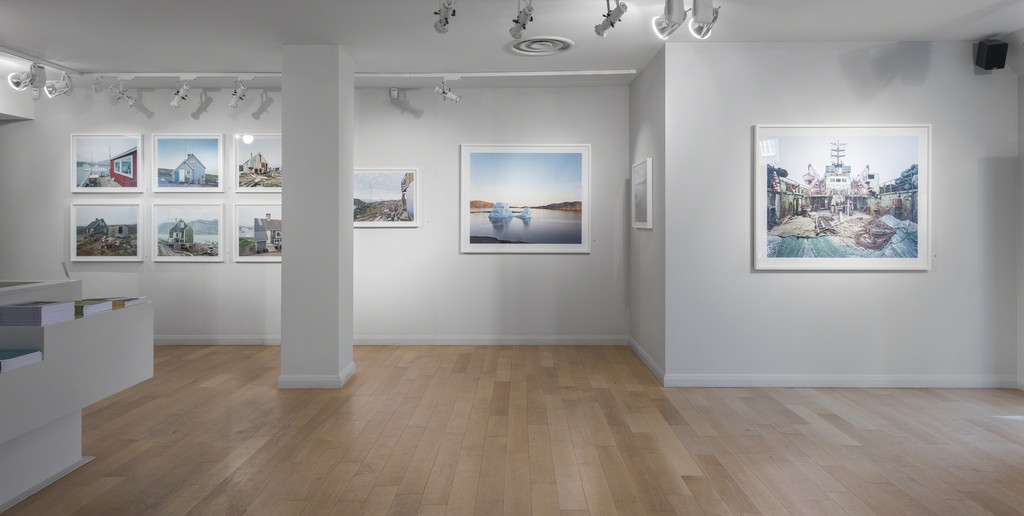 Olaf Otto Becker has spent fourteen summers travelling across the western coast of Greenland. His project Broken Line, documents the effects of global warming on the coastal landscape and the glaciers that form there.The project took him on a 4000km journey along the west coast of Greenland alone in a rubber zodiac raft, documenting the landscape with a large format camera. In this series, Becker explored the relationship between the fragile arctic landscapes and the people who live and work there.The series took him to the settlements of Oquaatsut, Ikerasak,Tasiussaq and Nuussauq, where he photographed small, isolated wooden houses with brightly painted facades nestled in amongst the forbidding and ever-changing landscapes.
Becker’s recent series Ilulissat continues to confront environmental issues, as he photographed the monumental icebergs that border the coastal settlement of Ilulissat. Ilulissat is one of the oldest settlements in western Greenland, situated 250 kilometres north of the Arctic Circle.The town is situated on one of the largest and most active ice fjords in the world, and is surrounded by the imposing icebergs that form in Disko Bay.The photographs meditate on the colour, light and scale of dramatic Arctic landscape. Many of the photographs in the exhibition were taken at night, when the ever-present sun is at its lowest point in the sky. Becker works at this time as the diffuse, raking sunlight creates ethereal and iridescent colour combinations.
In both series, Becker poignantly photographs a landscape in ux. Becker compares the icebergs he photographs to ‘sculptures of change’ as they, for him, are reminders of the continuing process of climate change. Over the relatively short period of time the artist has been spending in proximity to the Arctic Circle, he has been witness to undeniable signs of global warming.
Olaf Otto Becker was born in Lübeck-Travemünde, Germany in 1959. His rst publication Under the Nordic Light (2005) was nominated for the Recontres D’Arles Book award. He has been nominated twice for the Prix Pictet award in both 2008 and 2012. His work has been exhibited internationally in Austria, Germany, the Netherlands, and the United States.
The exhibition coincides with the artist’s new monograph Ilulissat: Sculptures of Change – Greenland 2003-2017 (Hatje Cantz Publishing).