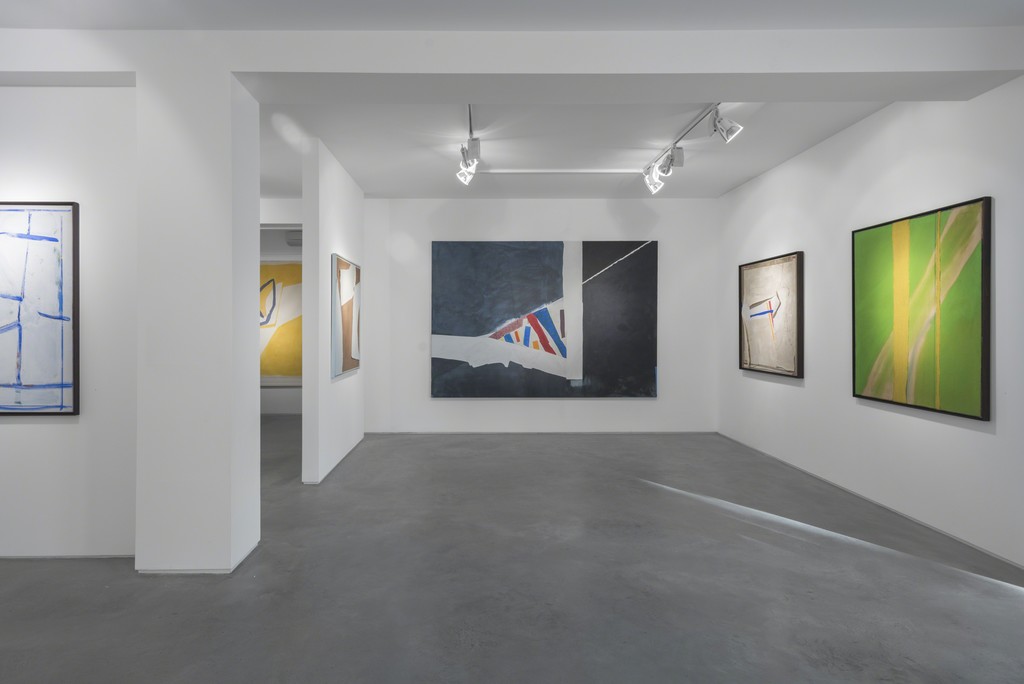 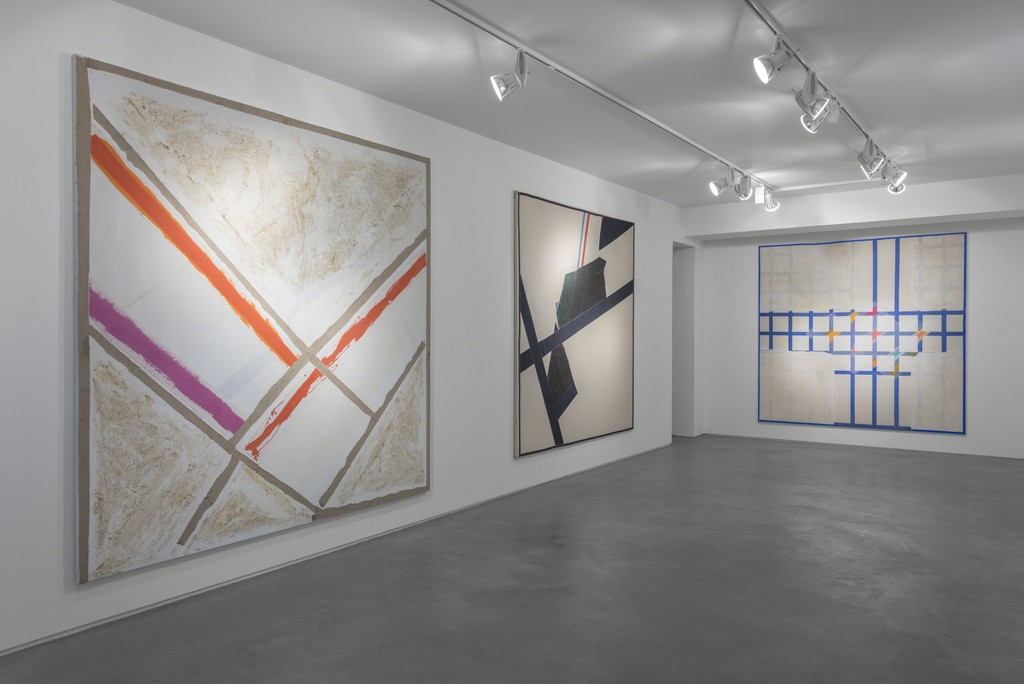 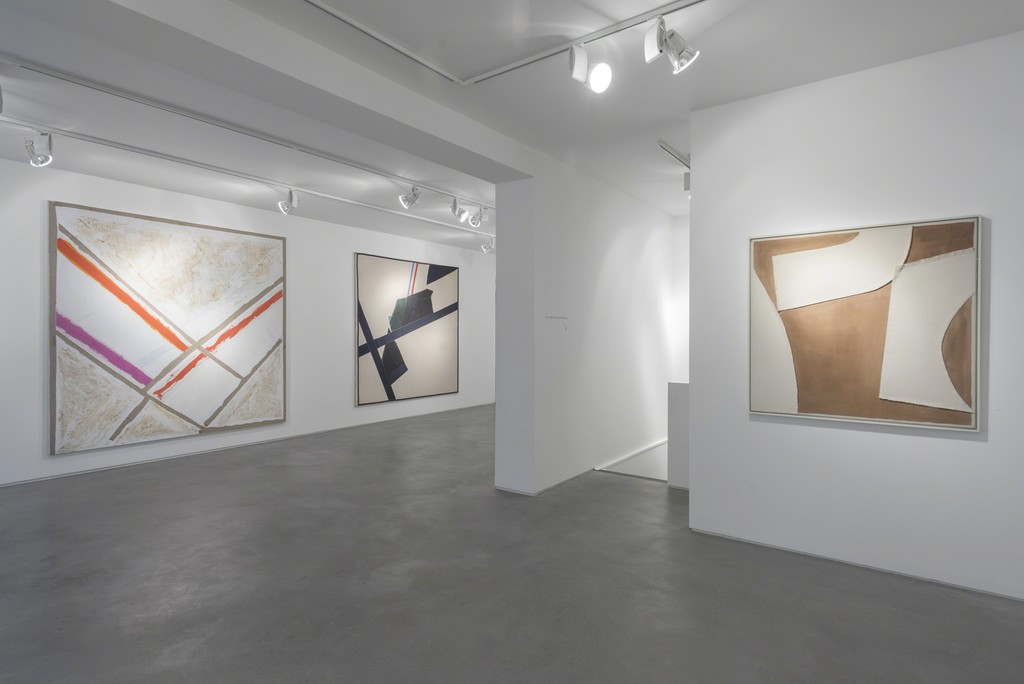 The exhibition will feature eleven large-scale works, made in paint and collage, which testify to her skill as a colourist and her instinctive use of material. The works in the exhibition were made between 1972 and 2005, the year before the artist’s death. Throughout her career, Blow’s works incorporated tactile materials including sand, ash, plaster, wire and sacking, but it is her late works in which the artist’s expert handling of both colour and form is most evident. It is in the last decades of the artist’s life, too, that she began to produce paintings on a monumental scale – canvases in the exhibition range in scale up to 10 feet in width.

Throughout her career, the central concerns in Blow’s work remained constant: abstract form, light, space, texture and rhythm. The coastal Cornish landscape became one of the greatest sources of inspiration in her later career after she moved from London to St Ives in 1994.

Sandra Blow was born in London in 1925. She attended St Martin’s School of Art (1942-46) and the Royal Academy Schools (1946-47). Between 1947 and 1950 she travelled and worked throughout Europe. It was in Italy that she met the artist Alberto Burri, who was to have an immediate influence on her work. Blow first came to Cornwall in the 1950s, where she stayed for a year before returning to London. She relocated permanently in 1994, living and working in St. Ives until her death in 2006.

Blow has work in numerous collections including Tate and the V&A Museum, London; the Arts Council of Great Britain and the Museum of Modern Art, New York. Her work has been exhibited widely, notably at the Venice Biennale, Tate and the Royal Academy, London.