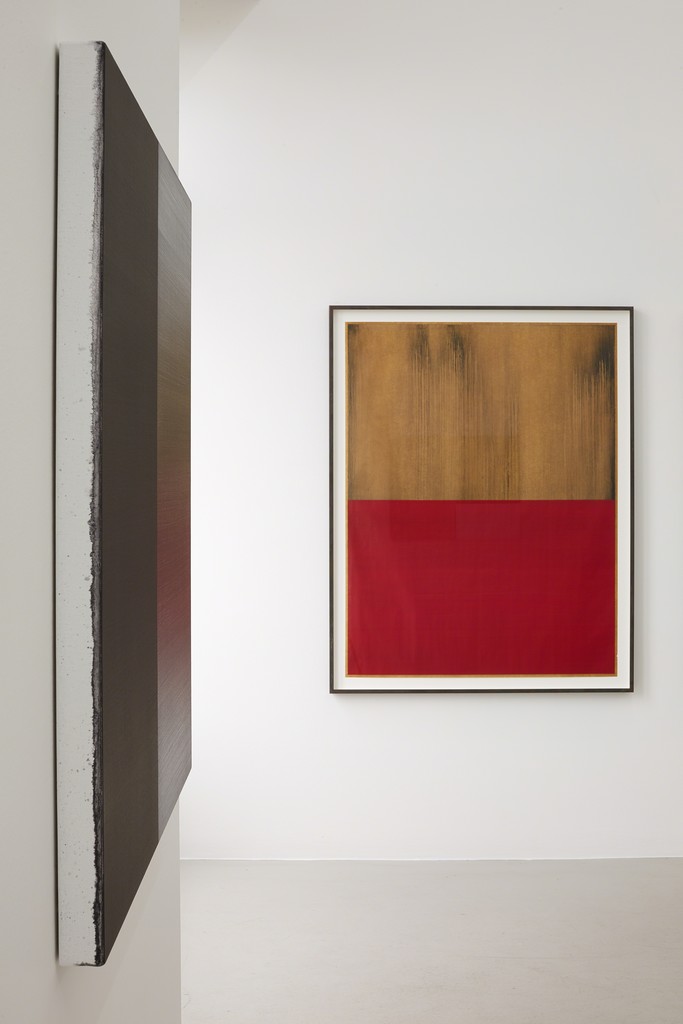 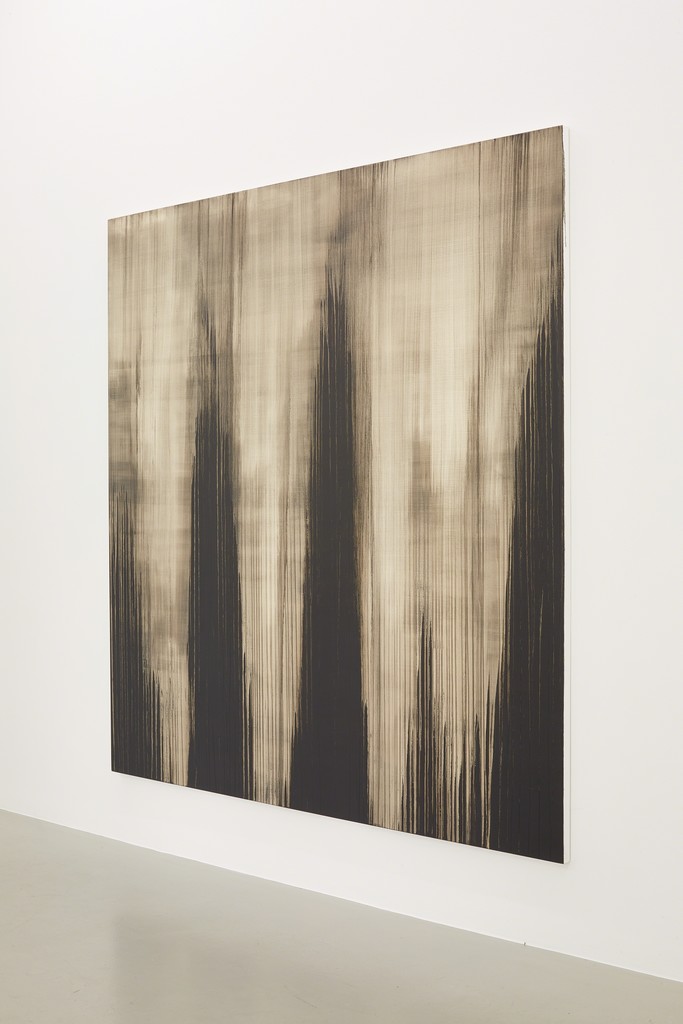 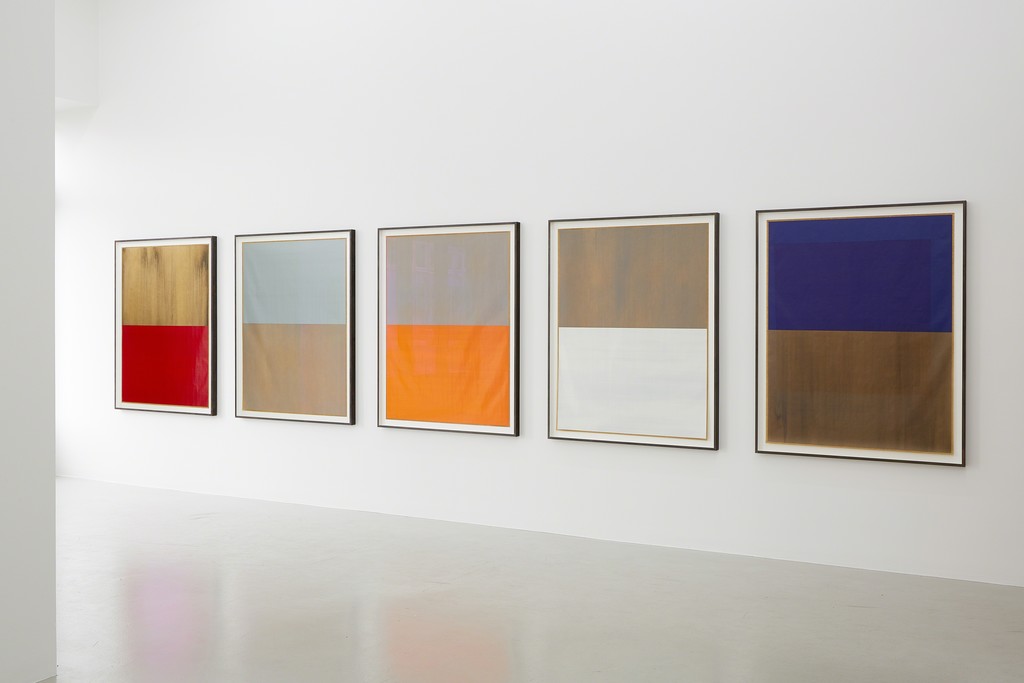 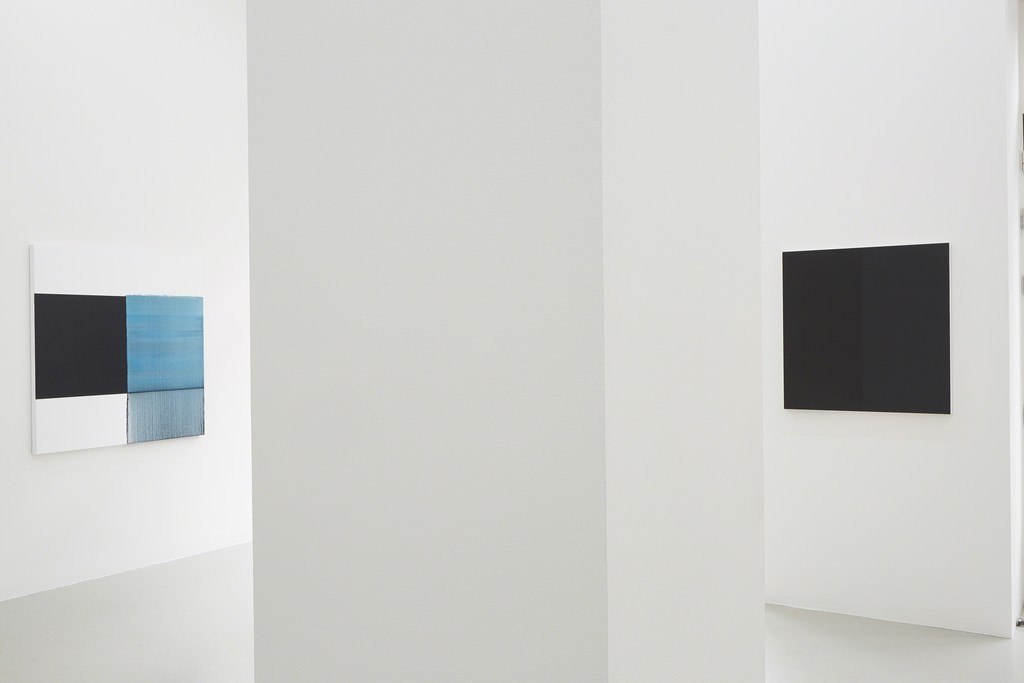 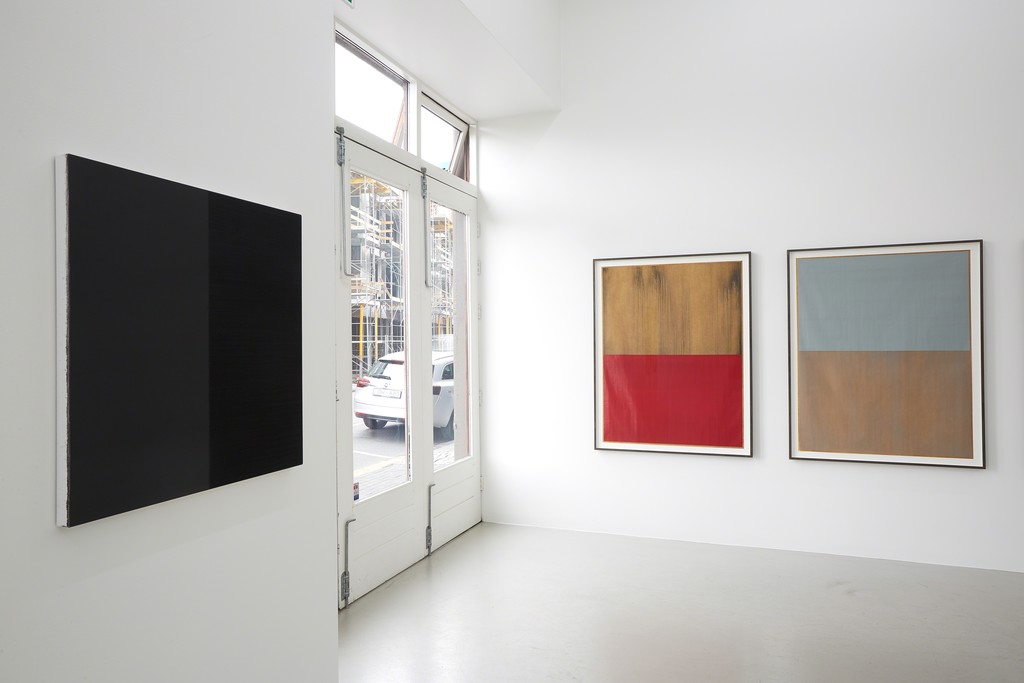 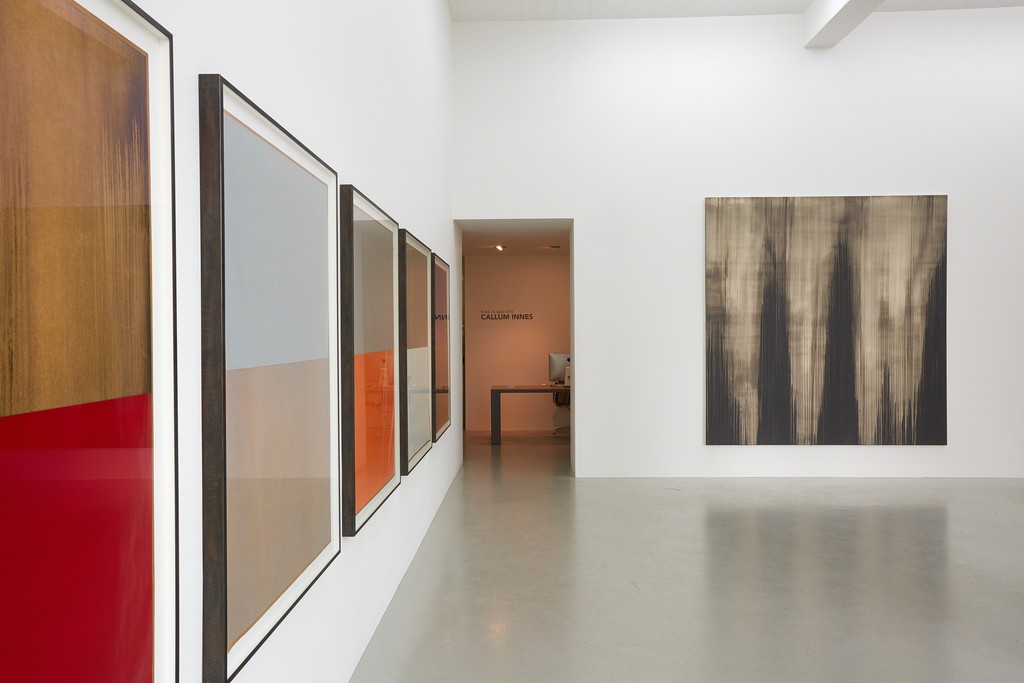 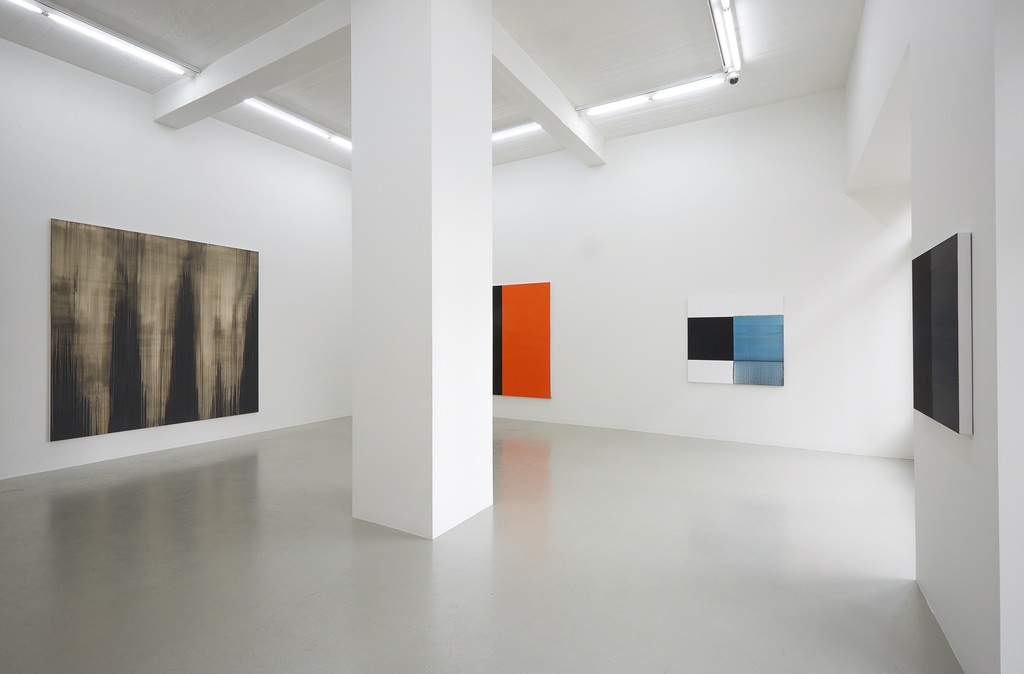 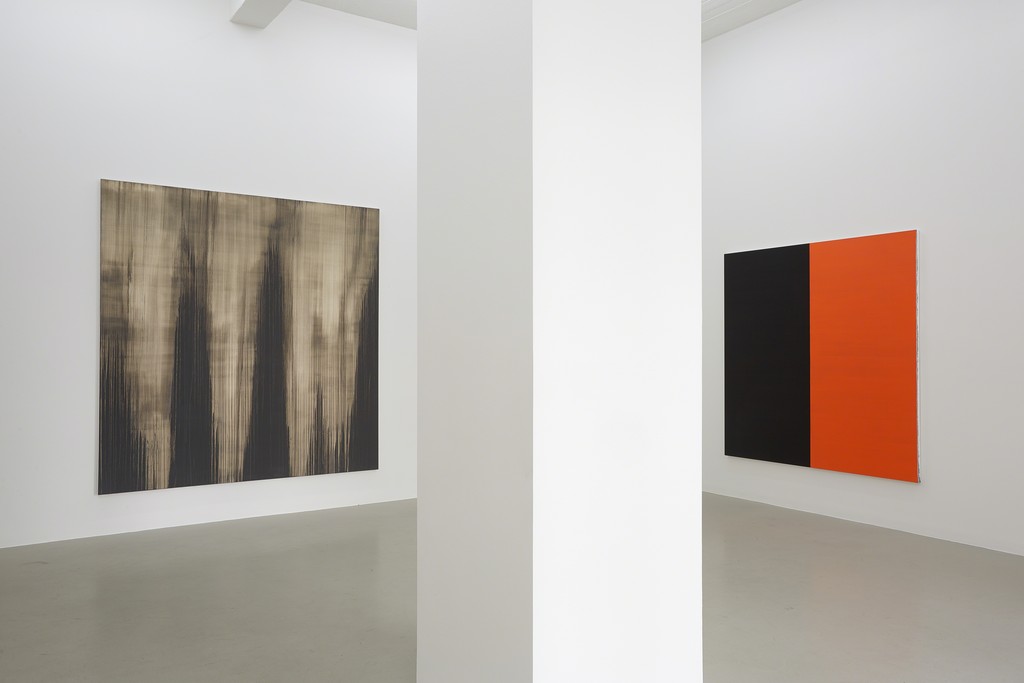 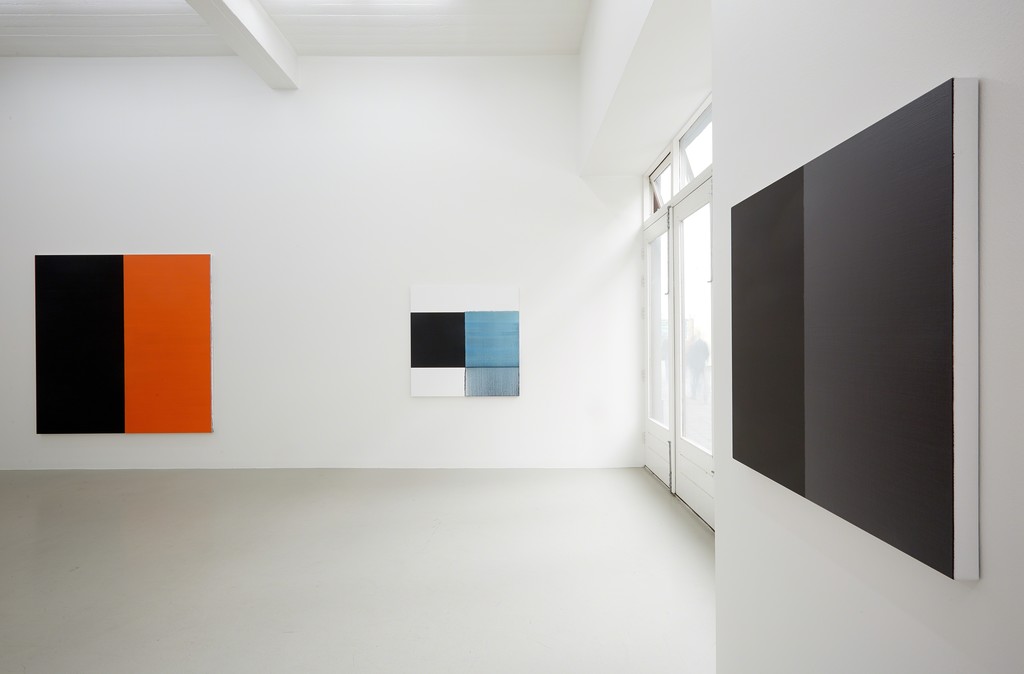 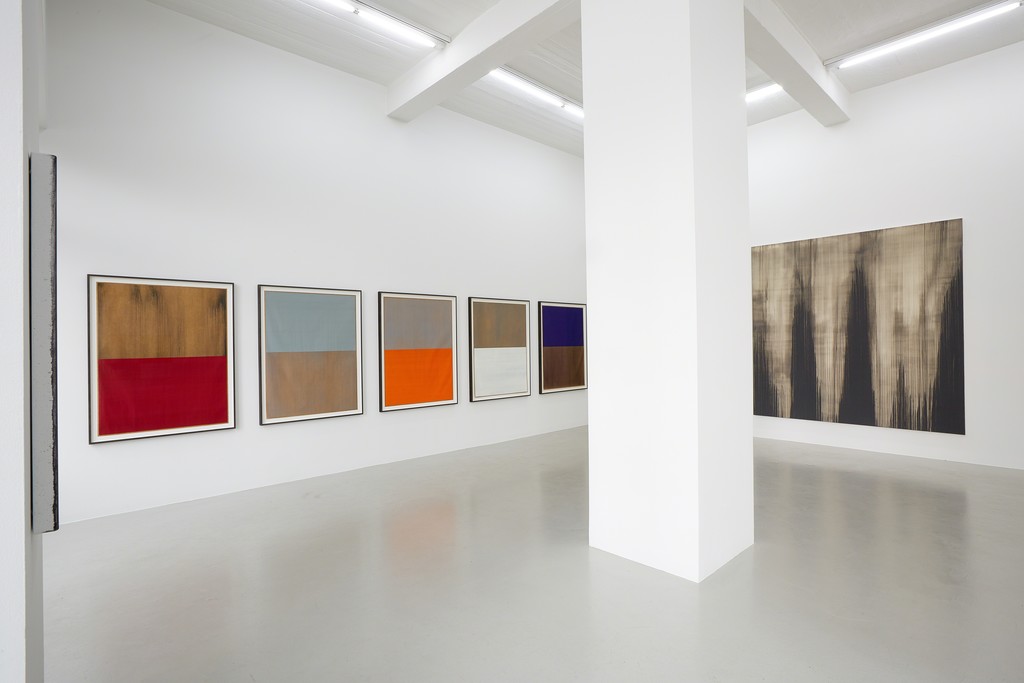 Callum Innes’s approach to the canvas, through his method of subtraction, has prompted the term “unpainting”, a
coinage the painter is at ease with. And it is true that the artist is in many ways dissolving an image that is already
in his head. The inspiration or subject matter can be quite mundane; headlines of the day, the reading material of
the previous night – but a clear image all the same. However, the appearance of clean, precise paintings should not
promote the illusion that the process is not chaotic – there is indeed chaos in the handling of the omnipresent black.
Striving for beauty can be a messy affair.
Callum Innes’s work can be traced firmly back to the classical tradition of abstract painting, and he is forever
exploring the limits of what can be called painting. Painting is a disciplined process, which involves a lot of waiting.
Waiting, for instance, for the canvas to reach a certain state of dryness in order to be able to continue. Impatience
is a vice, and the window of opportunity has to be used wisely. A scheduled encounter with colour can dissolve into
unknown territories.
In the context of space it is a challenge to have something complex appear simple. The artist detects a sound, and
through that sound he is able to envisage the space. This possibility is also open to the viewer, who is invited to
contemplate and arrive at their own conclusions, in the formidable presence of the canvas.
Callum Innes was born in Edinburgh in 1962. He studied drawing and painting at Gray’s School of Art from 1980 to
1984 and then completed a post-graduate degree at Edinburgh College of Art, in 1985.
He began exhibiting in the mid-to-late 1980’s and in 1992 had two major exhibitions in public galleries, at the ICA,
London and the Scottish National Gallery of Modern Art, Edinburgh. Since then he has emerged as one of the most
significant abstract painters of his generation, achieving widespread recognition through major solo and group
shows worldwide. Innes was short-listed for the Turner and Jerwood Prizes in 1995, won the prestigious NatWest
Prize for Painting in 1998, and in 2002 was awarded the Jerwood Prize for Painting.
Coinciding with the opening will be the book launch of a new title by Callum Innes, Edges, published by Ivorypress.
For further information or image requests please contact Thorlákur Einarsson on +354 551 3666 or via email at
[email protected]