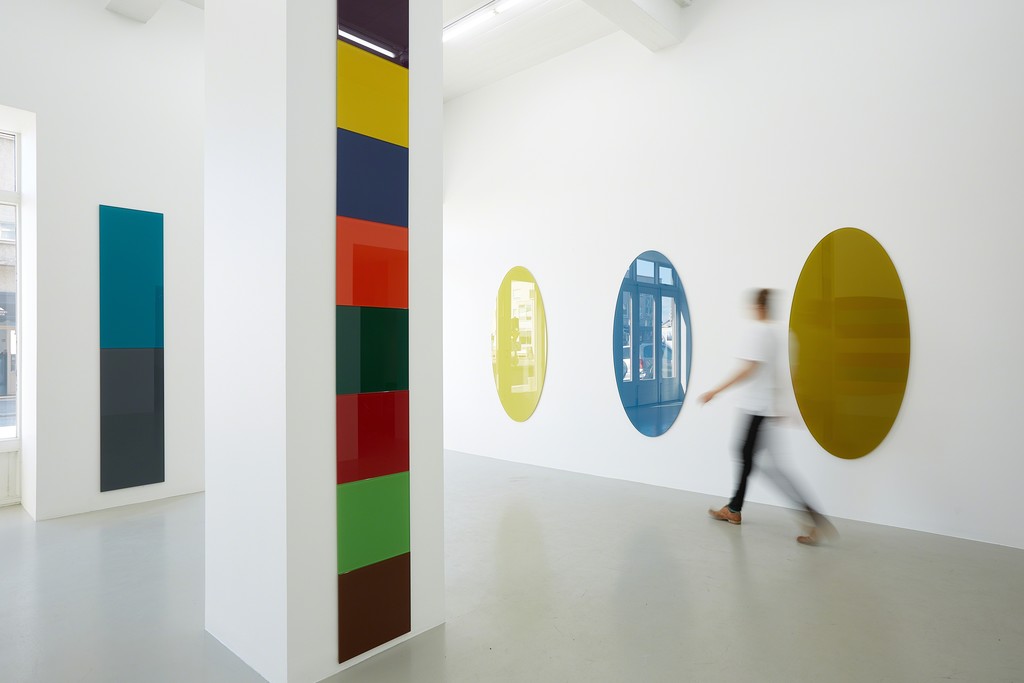 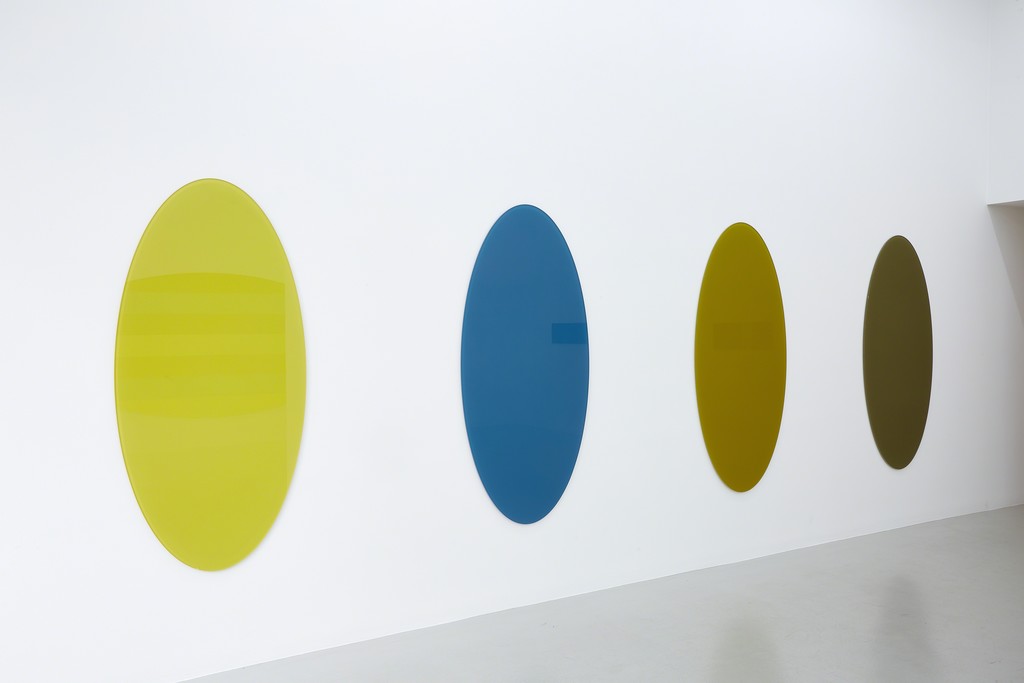 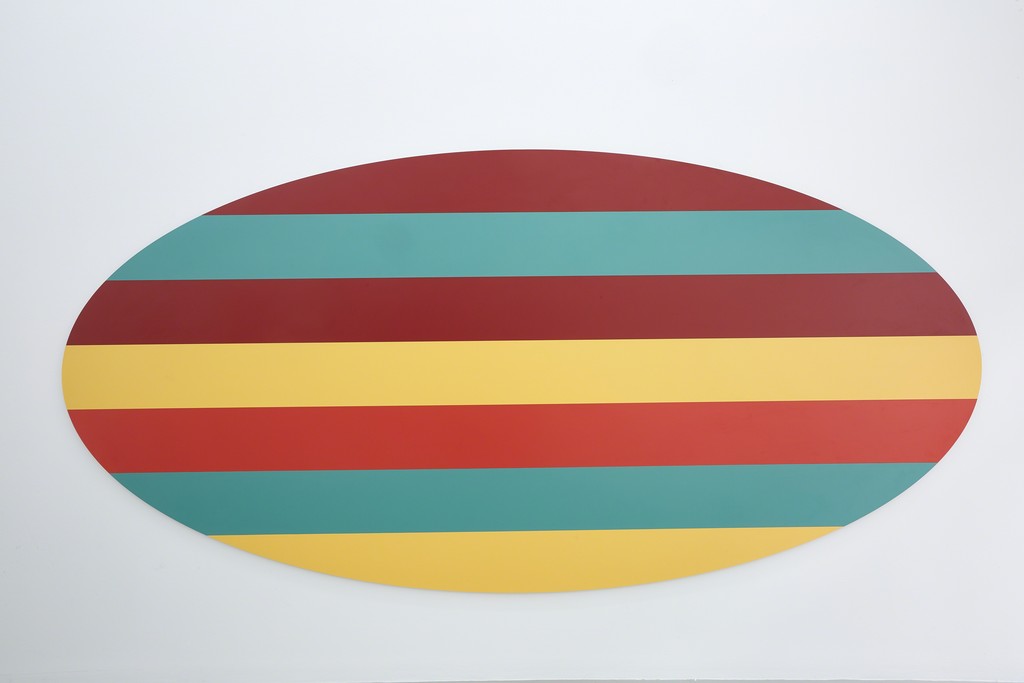 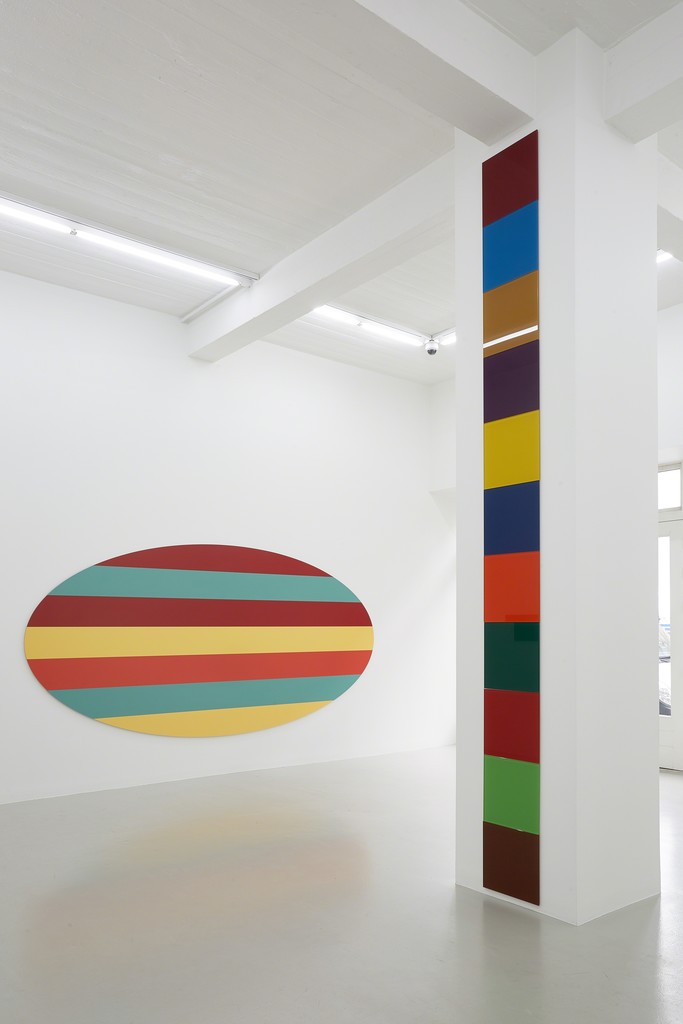 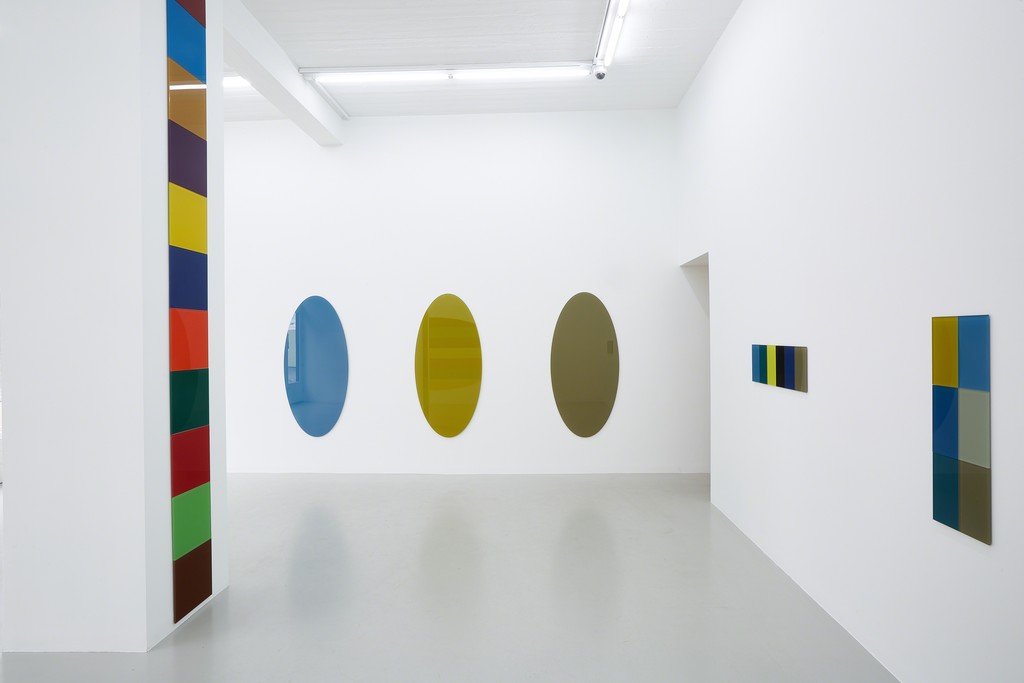 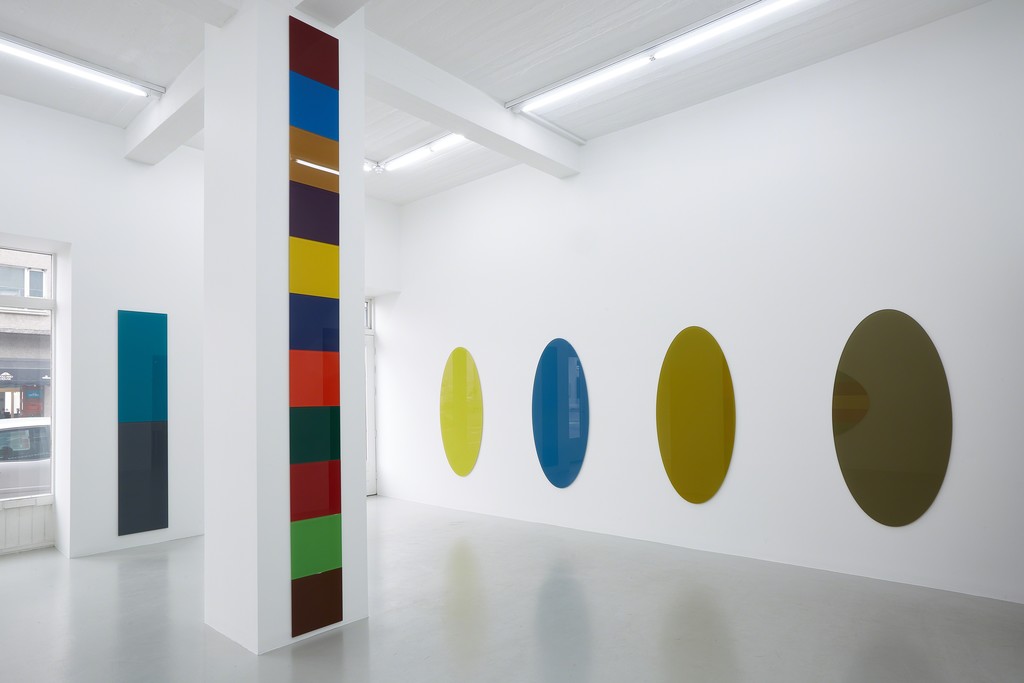 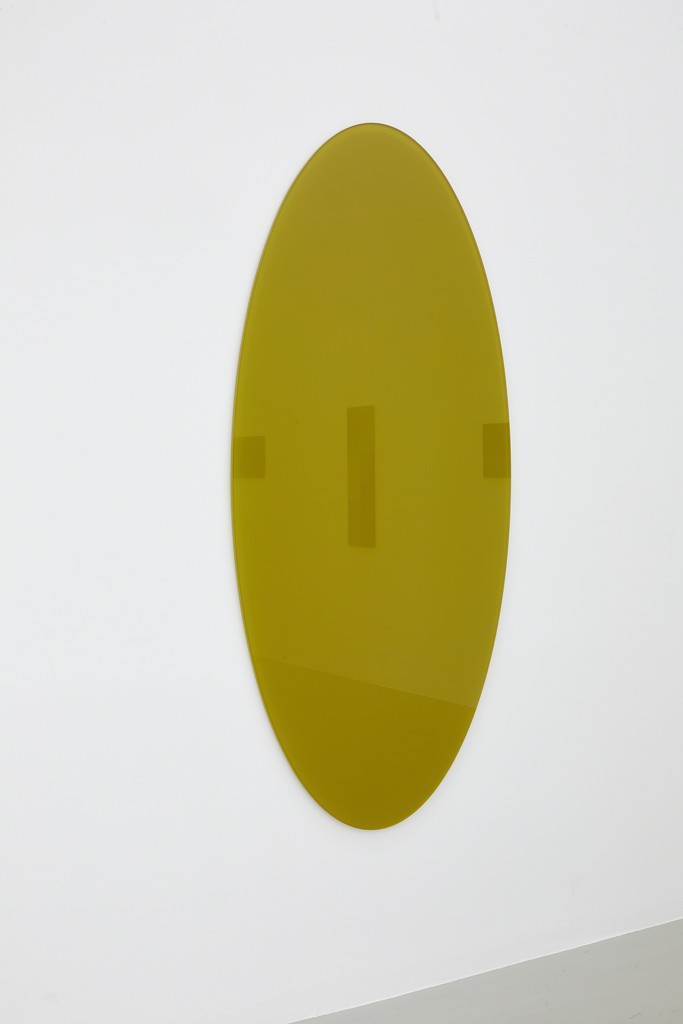 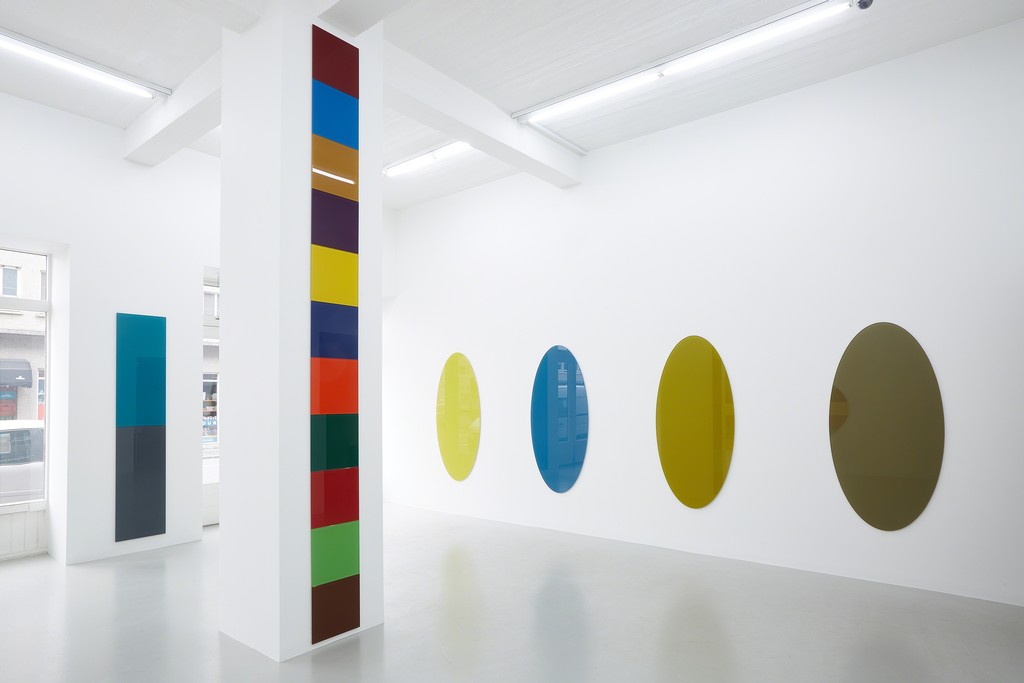 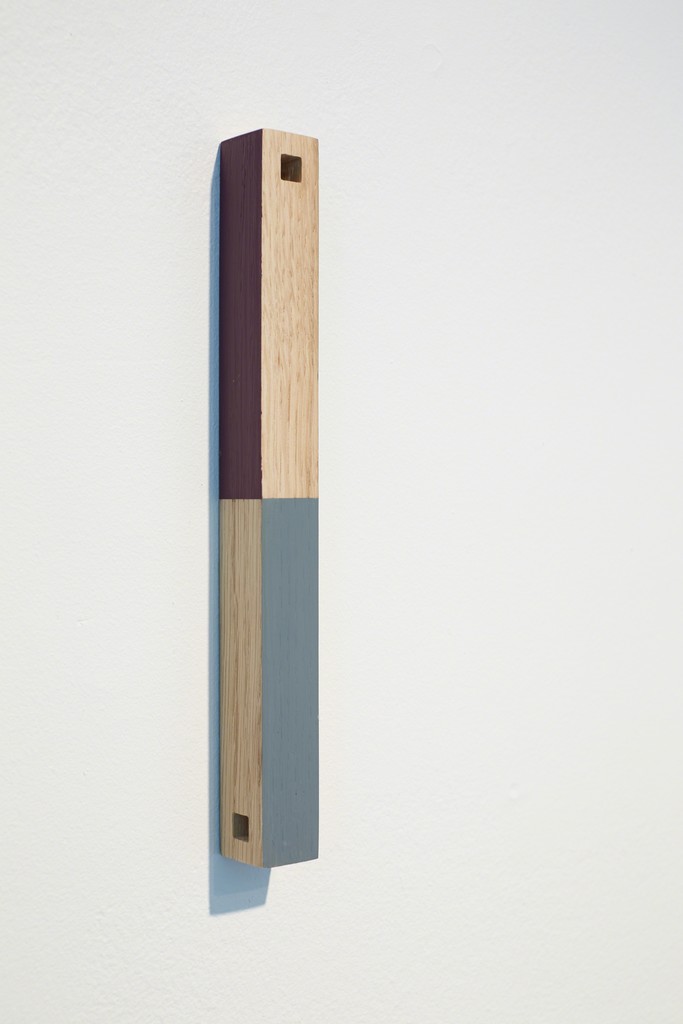 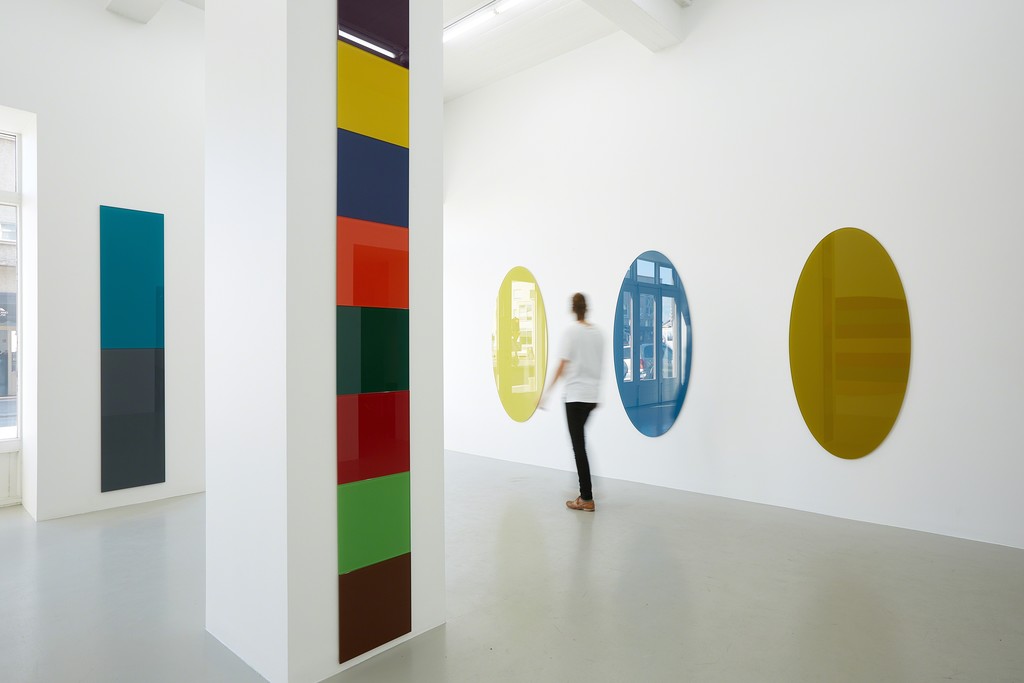 Art, by its very nature and magic, can be at once simple and complex, fully on the surface while layered with depth and diverse connections. Whether it is constructed through symbolism, driven by conceptual or historical connotations, or trimmed down by the aesthetics of minimalism, the fact remains that the visual effect of art is always created in the eye of the beholder. It is questionable whether the words that often accompany visual art add anything or simply get in the way.

The art of Thór Vigfússon (b. 1954) is not highly complex, although its technical aspect is often trickier than it appears, and its world of vibrant colours keeps the eye busy. It is what it is: colour and form. However, colour and form are not mere details in art, but rather its true essence, the basis of everything we consider the artform to be. The search for the right balance between these two elements is crucial and eternal, and one senses in Vigfússon’s work a great longing for some sort of visual solution – a solution, however, that most likely grows ever more remote as the artist approachs it.

As one experiences the work, one senses the artist’s fascination for industrial technique, for the possibilities of machines that cut and polish the works just as the artist desires. Vigfússon comes from a family of craftsmen with a keen eye for detail. While making his way through the gallery districts of foreign cities he is often drawn to hardware stores, where he adds to his colour-sample collection. These prove useful once he has mixed his own colours by hand and has to provide exact details concerning the final finish of his works.

Colour is a complex phenomenon. It is by its nature relative, while at the same time each hue has its own physiological, chemical, biological and psychological aspects of wonder. The symbolic and cultural connotations of colour, and its effect, also open up entire regions that artists have explored in their work throughout history. In the case of Thór Vigfússon, such explorations are not essential, and even though he is perfectly aware of them, he does not seem to pay them very much mind. But the eye knows what it wants and the inner workings of the pieces have to make sense to the artist himself.

Confronted with large, coloured glassworks that run from the floor up to the ceiling, one is inclined to consider connections to two extremes in western art. On the one hand, the material itself, the glass plates, evoke thoughts of stained glass in Gothic churches, where vertical lines are designed to divert all thoughts to the heavens and where a mystical daylight fills the space. Here we are robbed of the translucent quality of this magical material, and the use of colour is not based on any mystical or psychological connection. On the other hand, the mind wanders to the basic principle of minimalism in visual art from around the middle of the 20th century, which found its outlet in the works of artists such as Josef Albers, Barnett Newman and Donald Judd. In his work, Thór Vigfússon aligns himself with this tribe of artists through the direct, straightforward nature of his art.