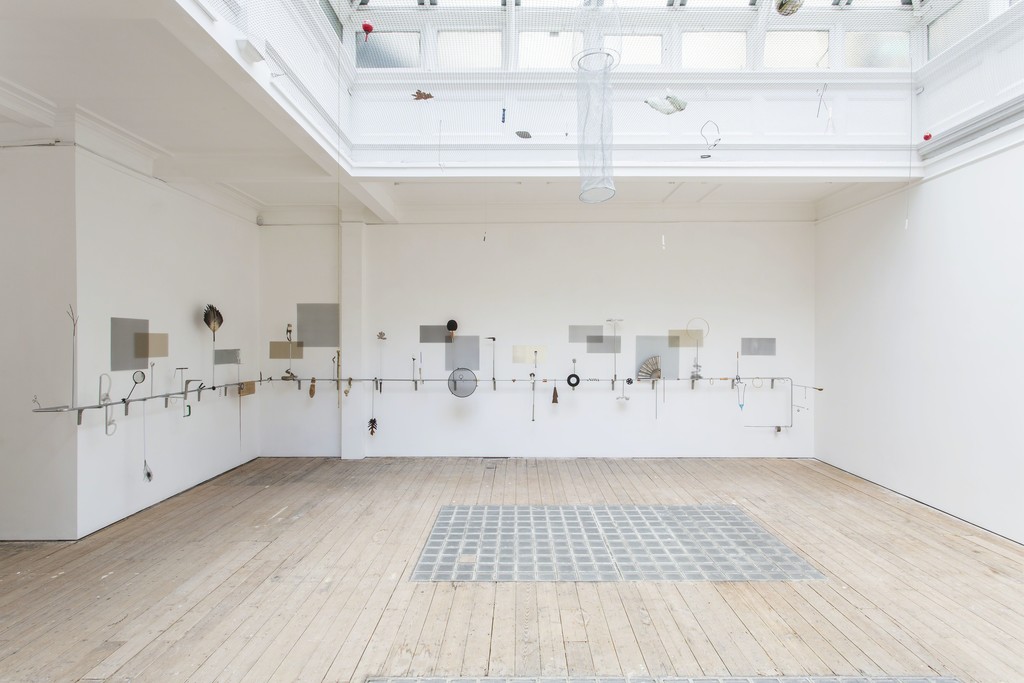 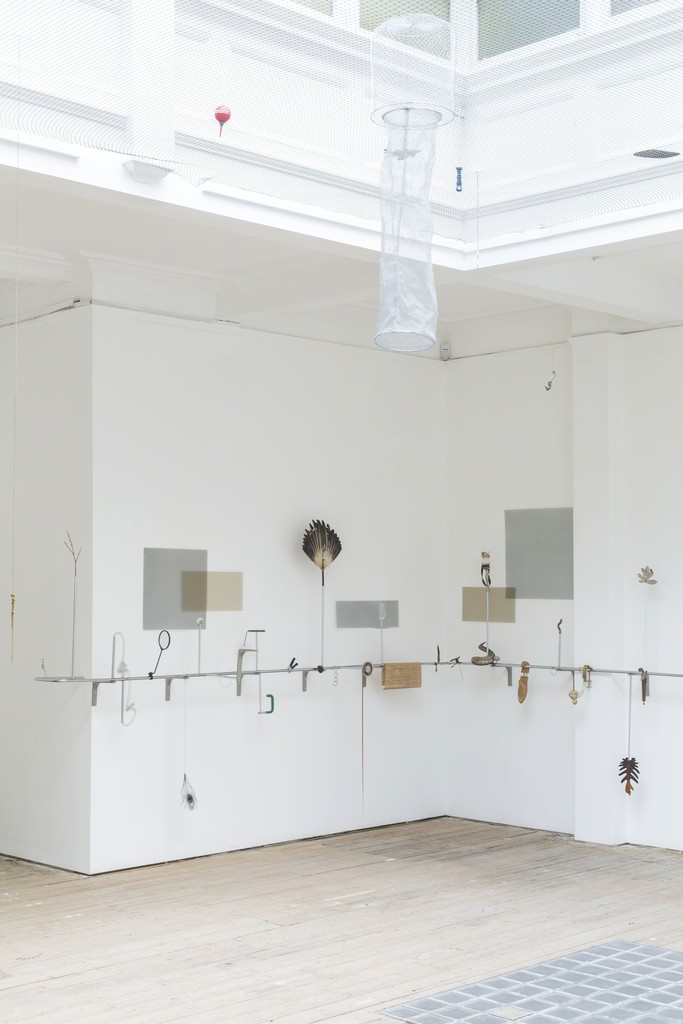 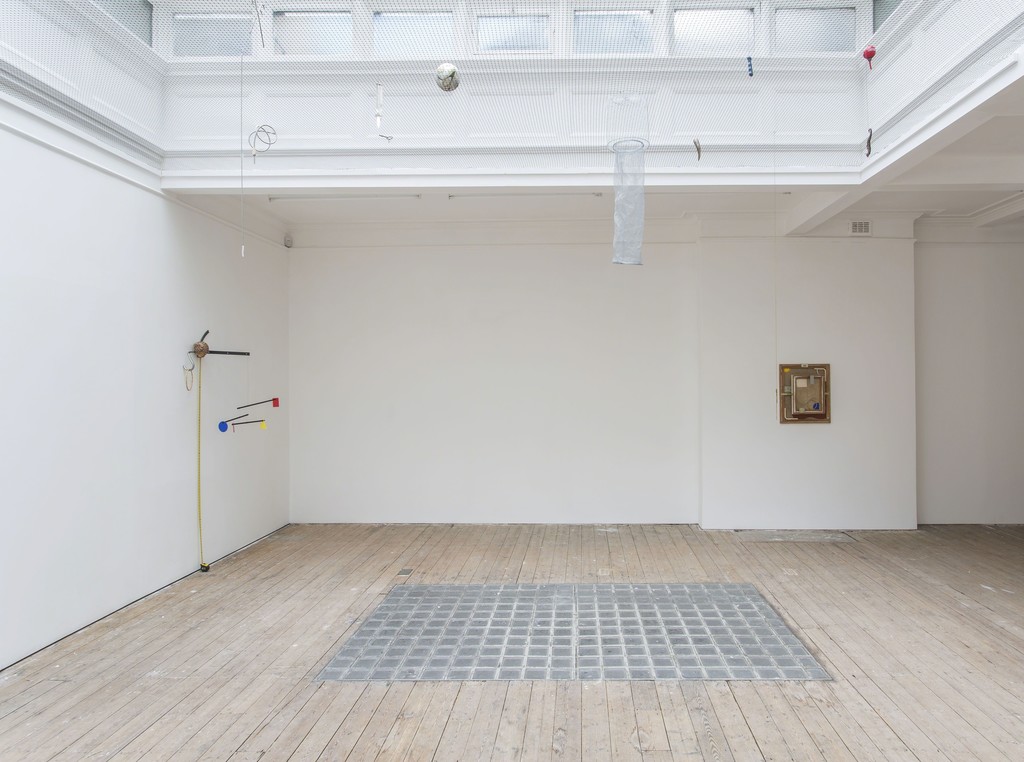 Ibid is pleased to present a new exhibition by Rodrigo Matheus’ entitled One – Entre – in the Middle.

Rodrigo Matheus’ works use metaphorical assemblages of industrial design, architecture and natural material to create installation, sculpture and collages that challenge the perception of objects as subjects by detaching them from their routine uses.

The artist’s arrangements group together a range of everyday objects and materials which create disquieting structures that subvert Cartesian notions of form and function given by modernity and its industry. Compositions such as the hanging sculptures presented in the show overlay elements that address the concepts of modernization and industrialization and their impact on everyday life. Here angle brackets of many kinds have been attached to each other resulting in a delicate geometric composition falling from the ceiling. The dialog with the architecture and a variety of other materials that inhabit these bodies discuss the absurdity behind our desire for progress based on the systems of mass production.

One – Entre – in the Middle also titles the work installed right in the center of the gallery space. The skylight void has been covered by a net creating a suspended horizontal field that holds objects on its top, in between and underneath the grid. These elements work as characters of an organization that reconstruct their banality by putting these parts into dialog in a situation that apparently has no cause or consequence. These objects do not hold a fixed symbolic meaning but rather invert the aesthetic vocabulary of their materials in a process of making something known unknown.
These amusing, poetic "arranged ready-mades" orchestrated by the artist cut the objects from their stories, twist the layers of meanings that have been deposited on them from our experiences in both public and private space.