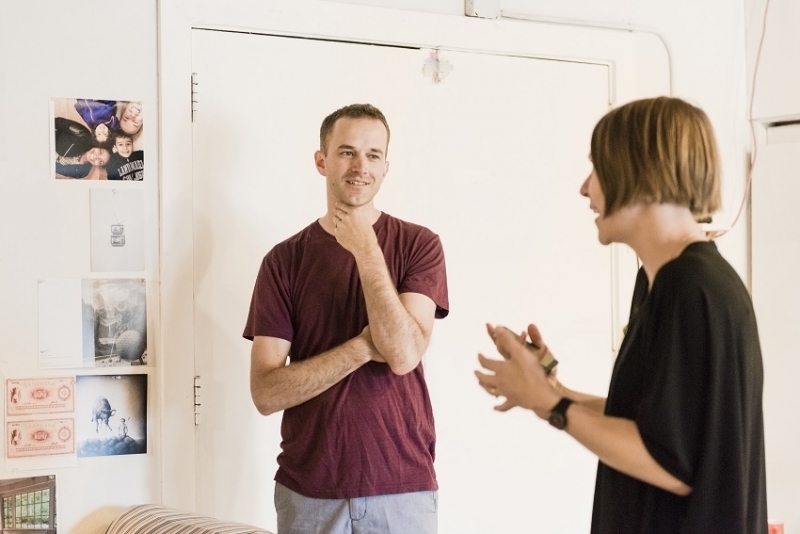 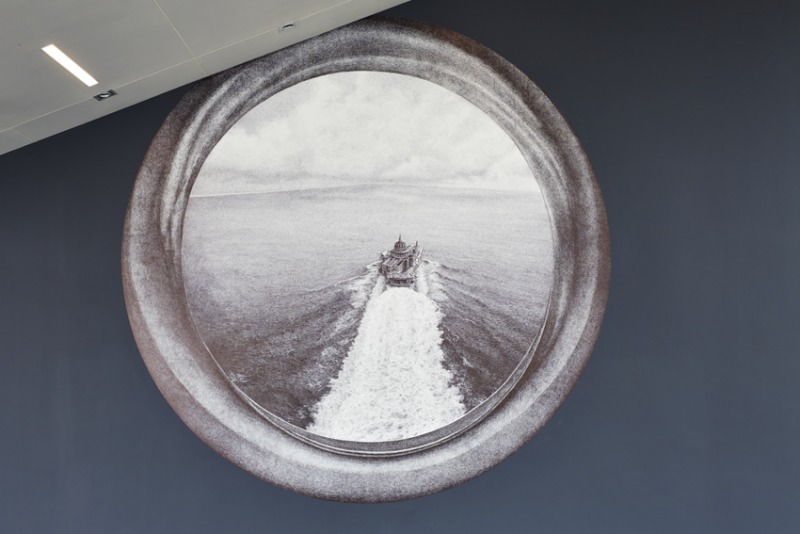 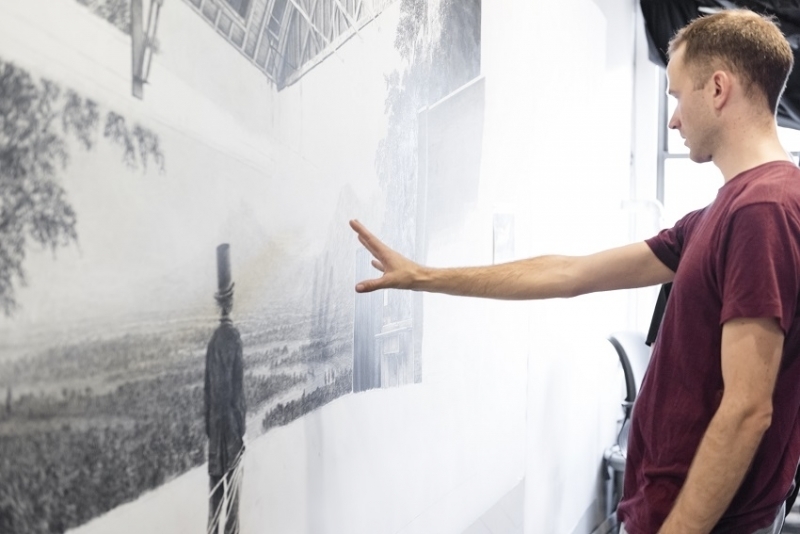 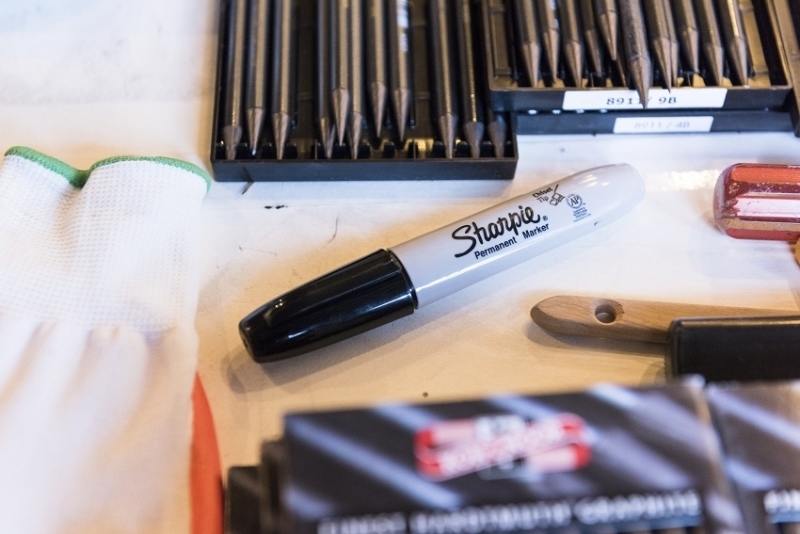 In the nine years since the ICA opened on the waterfront, curators have invited a series of leading contemporary artists to propose and realize monumental, site-specific works on the museum’s sprawling Sandra and Gerald Fineberg Art Wall.

In considering whom to feature next, project curator Ruth Erickson says she was drawn to Boston artist Ethan Murrow’s virtuosic drawing ability and his “longstanding interest in landscapes as subjects of immense beauty and power.”A professor of painting at the School of the Museum of Fine Arts, Murrow is well known for photo-realistic graphite drawings that combine found and invented imagery to form unexpected scenes drenched with humor and irony. He describes himself as a storyteller inspired by such sources as American landscape painting, 19th-century inventors, Moby Dick, and his childhood experiences growing up on a farm in rural Vermont. “I make work that deals with the tender line between the fool and the genius and situations that examine the fragile, absurd, and intractable fact of our own missteps upon the land and amongst one another,” he says.

In recent years, Murrow has undertaken a series of increasingly ambitious wall drawings. These large-scale temporary pieces in ballpoint pen or marker expand the artist’s laborious drawing process into the realms of installation and architecture.

For his original work at the ICA, Erickson asked him to think about and respond to the ICA as a site within a rapidly changing city and landscape.