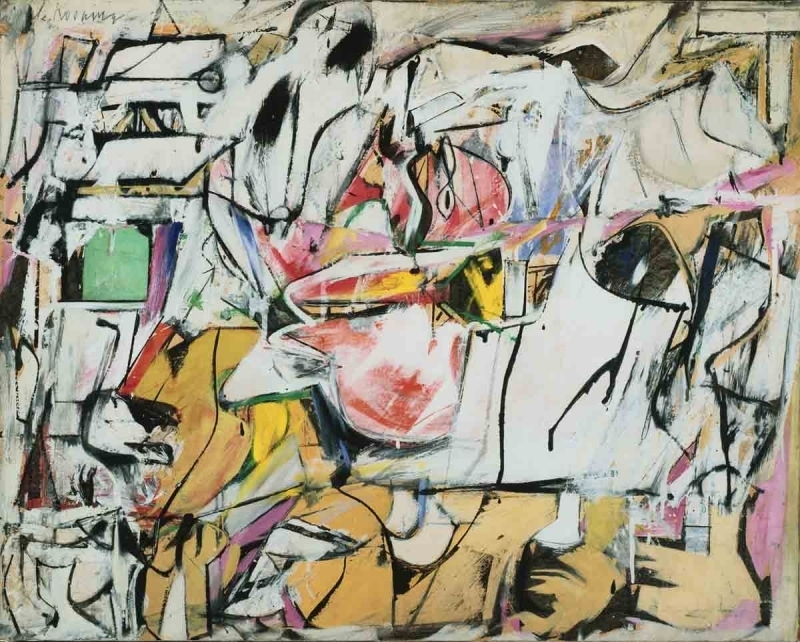 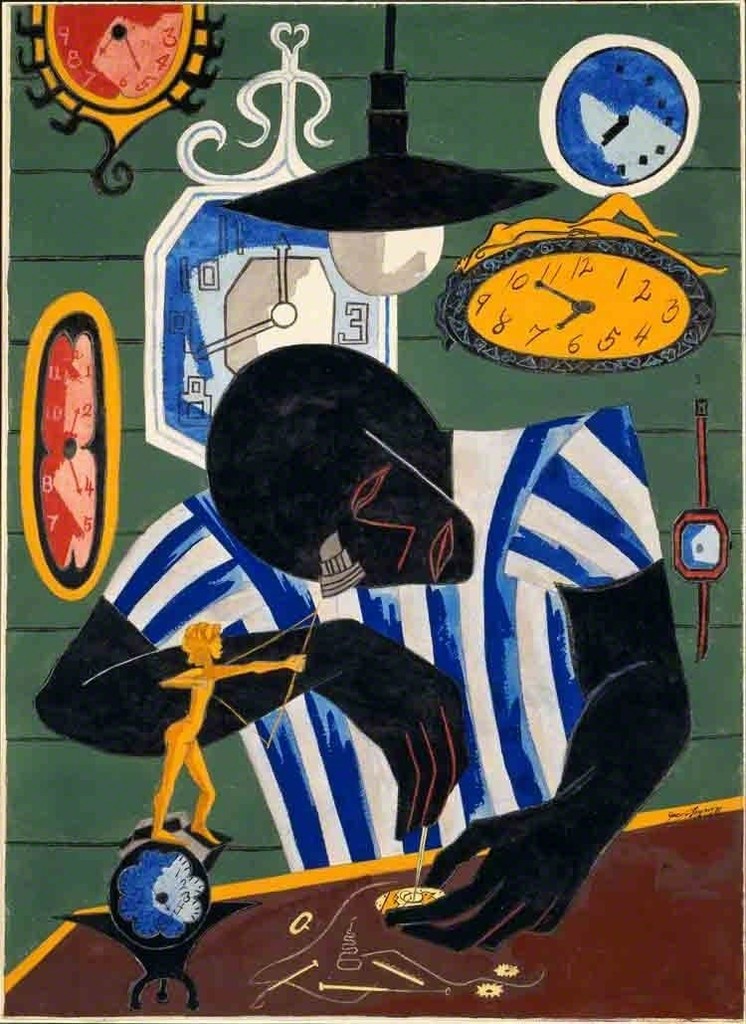 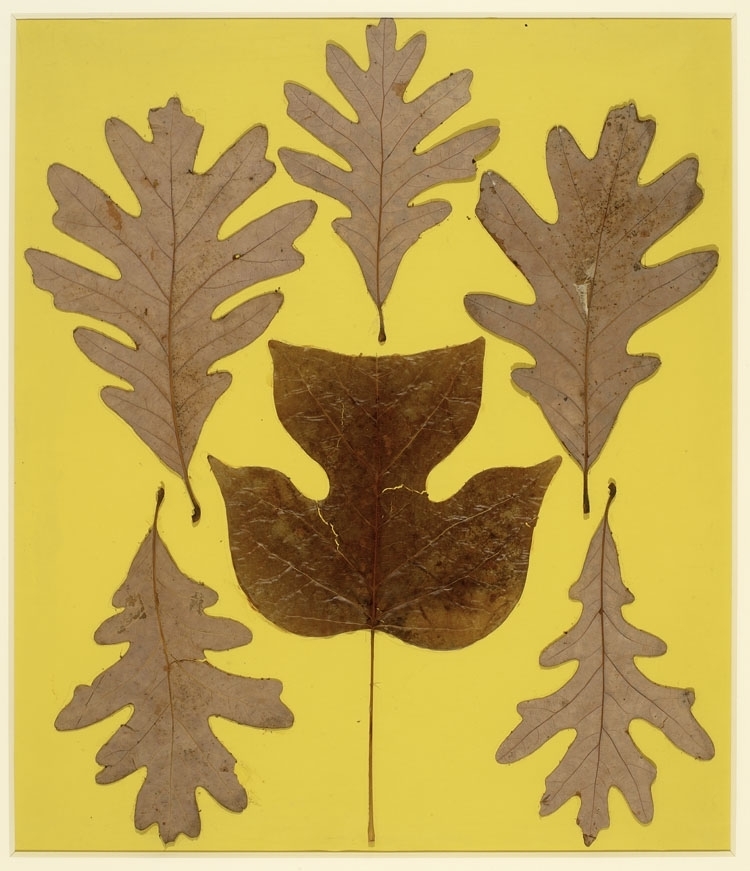 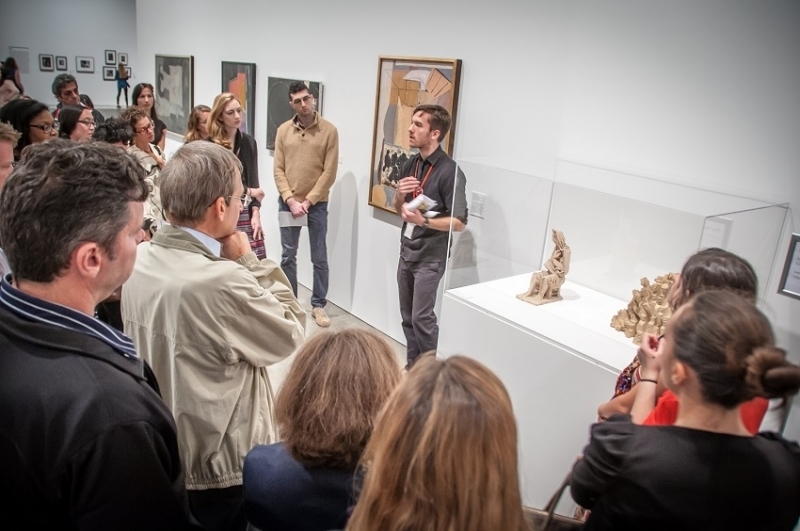 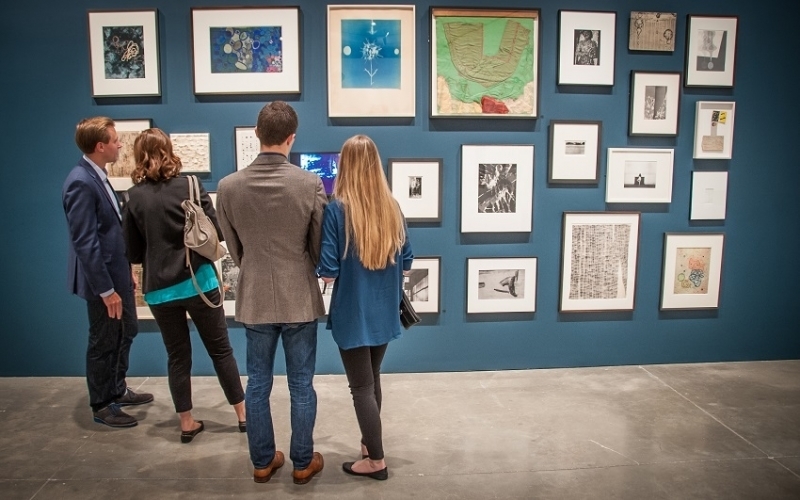 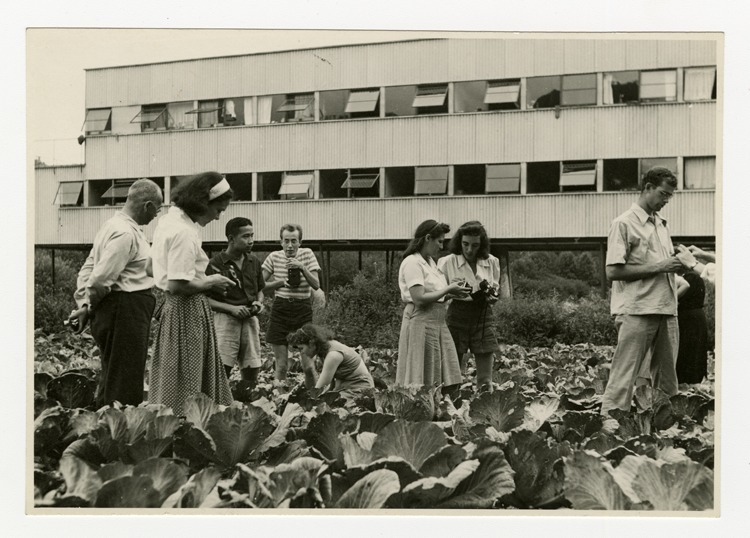 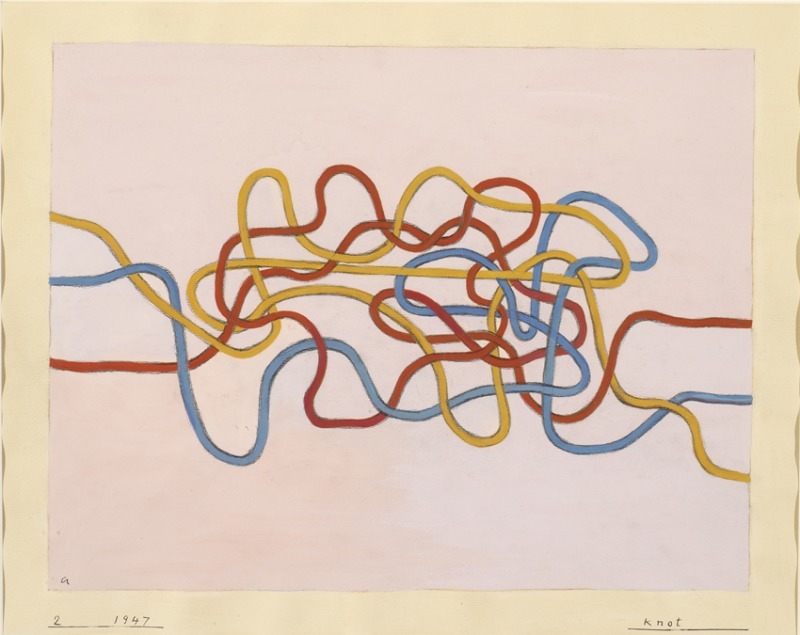 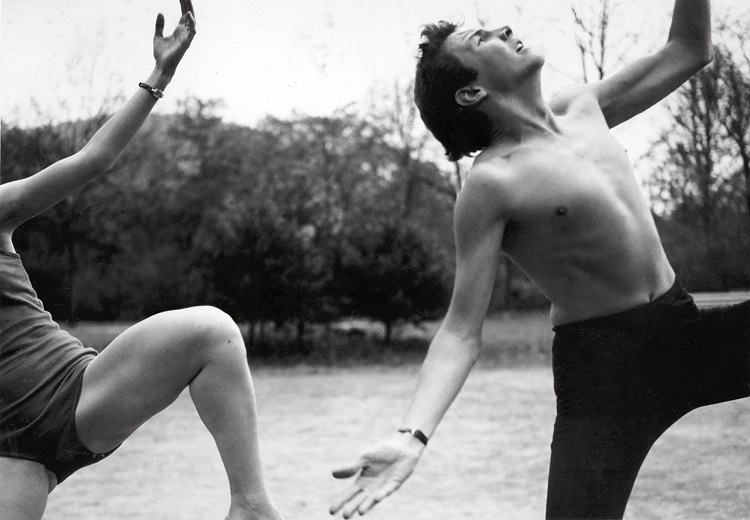 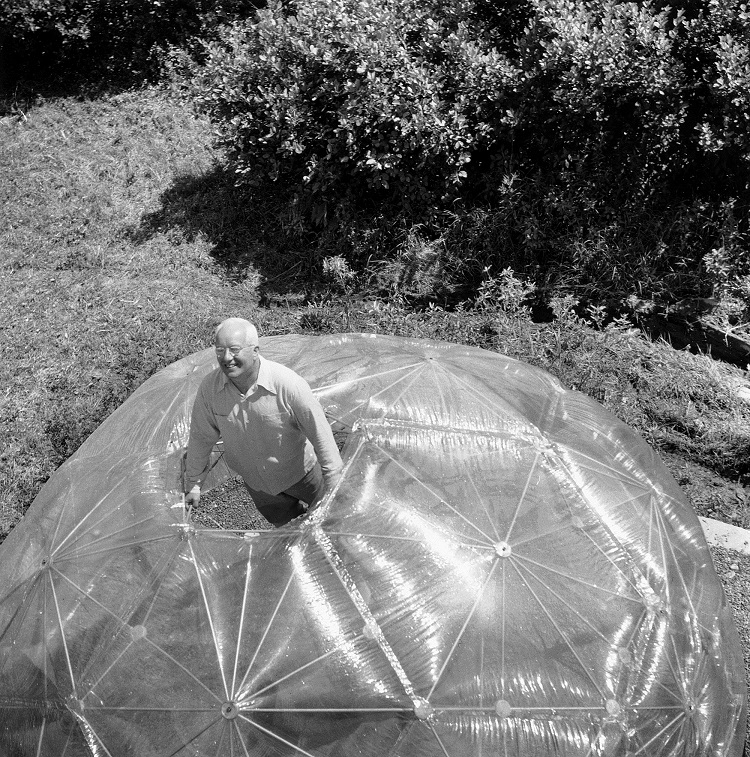 This October, the Institute of Contemporary Art/Boston (ICA) opens the first comprehensive U.S. museum exhibition on Black Mountain College (BMC), a small, experimental school in North Carolina whose influence on art practice and pedagogy still has profound impact today. Leap Before You Look: Black Mountain College 1933–1957 focuses on how, despite its brief existence, Black Mountain College became a seminal meeting place for many of the artists, musicians, poets, and thinkers who would become leading practitioners of the postwar period. Figures such as Anni and Josef Albers, John Cage, Merce Cunningham, Robert Rauschenberg, Elaine and Willem de Kooning, Buckminster Fuller, Ruth Asawa, Robert Motherwell, Gwendolyn and Jacob Lawrence, Cy Twombly, Franz Kline, Charles Olson, and Robert Creeley taught and studied at the college, among many others.

The exhibition features 261 objects by nearly 100 artists, archival materials, and, true to the interdisciplinary nature of the school, a grand piano and dance floor for live, in-gallery performances. Organized by Helen Molesworth, the ICA’s former Barbara Lee Chief Curator, with Assistant Curator Ruth Erickson, Leap Before You Look will be on view from Oct. 10, 2015 to Jan. 24, 2016. Following its ICA debut, the exhibition will travel to the Hammer Museum in Los Angeles, California (Feb. 21–May 14, 2016) and the Wexner Center for the Arts in Columbus, Ohio (Sept. 17, 2016–Jan. 1, 2017.)

“We are extremely proud to present Leap Before You Look: Black Mountain College 1933-1957, a comprehensive examination of Black Mountain College, whose radical art, artists, and ideas have had a lasting impact on the art of our time,” said Jill Medvedow, Ellen Matilda Poss Director. “The most ambitious curatorial project ever undertaken by the ICA, the exhibition and performances pose an expansive vision of the arts and creativity—one that matches the ICA’s interdisciplinary artistic program and our view of the centrality of the arts in education.”

“Black Mountain College is an important historical precedent for thinking about relationships between art, pedagogy, democracy, and globalism,” said Molesworth. “Leap Before You Look examines the college’s critical role in shaping many major movements, and ideas in postwar art and education, including assemblage, contemporary dance and music, the New American Poetry, and the American studio craft movement—influences that can still be seen and felt today.”
The exhibition follows a gentle chronology, organizing the material in thematic sections, allowing each gallery to elucidate various aspects of BMC’s practice, pedagogy, and philosophy.

An introductory gallery offers background into the origins of Black Mountain College, founded in 1933 by John Rice. Influenced by the utopian ideals of the progressive education movement, BMC placed the arts at the center of a liberal arts education and believed that in doing so it could better educate citizens for participation in a democratic society. A 1952 college bulletin stated: “Our central and consistent effort is to teach method, not content; to emphasize process, to invite the student to the realization that the way of handling facts and himself amid the facts is more important than the facts themselves.”

The exhibition subsequently focuses on Anni and Josef Albers. Josef Albers was hired from the Bauhaus in Nazi-era Germany to become BMC’s first art faculty. Given the centrality of his pedagogy, and Anni’s writing and weaving, to the BMC experience , this room is dedicated to their work, including prints, paintings, photographs, and weavings made by the Alberses during their tenure at the college from 1933 to 1949. One highlight is the many trips the Alberses took to Mexico while they were at BMC and the impact these visits had on their work and teaching. Included are Anni Albers’s Monte Alban (1936), a large-scale weaving in which the strict geometry of the grid is combined with the wandering outline of Zapotec architecture, and Josef Albers’s Tenayuca (1943), an abstract painting inspired by the stairways and platforms of the eponymous Aztec pyramid.

Viewers are introduced to BMC pedagogies, which all shared the ideal of “learning through doing.” The exhibition contains work and photographs from Josef Albers’s courses in design, drawing, color, and material studies. Also exhibited are the collaborative work of students and teachers, such as jewelry made by student Alexander Reed with Anni Albers using every day materials such as corks, paper clips, and bobby pins. Models and studies for Buckminster Fuller’s geodesic sphere, first erected at BMC, are included alongside an examination of the role architectural building played at the college. These didactic tools exemplified the college’s mission to teach through hands-on experimentation.

Black Mountain College was a cosmopolitan gathering place for artists from Europe, Asia, and the United States, making it a place where a wide variety of ideas and artistic practices converged. The exhibition explores the concept of cosmopolitanism as a framework for understanding the unique position of BMC as a conduit between European and American avant-gardes which profoundly shaped the development of postwar artistic practice, teaching, and identity. Works by European artists such as Xanti Schawinsky, Lyonel Feininger, Ilya Bolotowsky, and Josef Breitenbach are presented alongside paintings by a younger generation of American artists including Elaine and Willem de Kooning, Robert Motherwell, Gwendolyn and Jacob Lawrence, and Franz Kline.

While there is no such thing as a Black Mountain aesthetic, the exhibition puts forward the idea that BMC generated a rich field of art, craft, and performance with a shared interest in the tactility of materials, the process of making, and the bodily engagement of the maker. Profoundly interdisciplinary, BMC gave rise to one of the 20th-century’s most legendary artistic collaborations: that of Merce Cunningham, John Cage, and Robert Rauschenberg. The exhibition features a sprung dance floor for live dance performances (see performance section below); a grand piano that will be “prepared” according Cage’s specifications; and a freestanding set decoration by Rauschenberg titled Minutiae (originally 1957).

The final gallery focuses on the college in the 1950s, a period when poetry and pottery took on especially significant roles at BMC. In his influential essay “Projective Verse,” the poet Charles Olson (the final BMC rector from 1951 to 1957) reimagines poetry as a field of action, emphasizing the use of the entire page and the importance of breath. These ideas became a catalyst for a generation of young American poets, many of whom Olson invited to teach at BMC, including Robert Creeley and Robert Duncan. This gallery examines the college’s critical role in the development of experimental literature in the United States. At the same time, the BMC pottery shop was formed and a series of influential ceramic artists taught at BMC, including Robert Turner, Karen Karnes, and Peter Voulkos. Many of those involved with pottery at BMC would lead the modern studio pottery movement in the United States.

Leap Before You Look Performance Program

Merce Cunningham and Katherine Litz dance performances
Leap Before You Look includes a 20 x 20 foot sprung dance floor to accommodate weekly, in-gallery performances. The ICA is working with the Merce Cunningham Trust and Silas Reiner, a former Cunningham dancer, to restage selected early Cunningham dances accompanied by live music. Students from the Boston Conservatory and Harvard University will work with Reiner to prepare performances and demonstrations to take place in the gallery. The ICA is also working with choreographer and performer Pauline Motley to perform BMC dance teacher Katherine Litz’s Glyph dance.

John Cage performances
Leap Before You Look also includes a grand piano. For a limited period of time during the exhibition, the piano will be “prepared,” using a method developed by Cage through which the piano (and its sound) is altered by the addition of screws, erasers, and other pieces of hardware to the strings, dampers, and/or hammers. The process of preparing the piano will be open to the public, so that visitors can see how it is done and engage in conversation with the preparator.

Concert by intercontemporain
November 15, 2015
Between 1949 and 1954, composers Pierre Boulez and John Cage exchanged a series of letters in which they discussed compositional practices and the current culture. Members of the French ensemble intercontemporain, founded by Boulez, will perform a selection of works by Cage and Boulez composed during this epistolary period and also read excerpts from the letters themselves.

Re-staging of John Cage’s Theater Piece No. 1
The ICA has invited artist Kelly Nipper; artist Jonathan Calm; poet Damon Krukowski; musician Tim McCormack; and Boston Poet Laureate Danielle Legros Georges to reimagine John Cage’s Theater Piece No. 1, the first “happening” and one of the most oft-cited events in BMC history. Theater Piece No. 1 was arranged according to a simple “score” that allotted each performer a set duration of time in which to perform an activity. The five aforementioned practitioners will each propose a series of actions to take place over the course of the exhibition (whose dates will serve as the “score”) that together constitute a reimagining of Theater Piece No. 1. This project re-animates the first happening by inviting contemporary artists to respond to its history and to consider its legacy in dialogue with contemporary art, practice, and culture.

Soundscape
Music was a central part of the BMC curriculum and experience. The ICA has developed a soundscape, organized by John Andress, ICA Associate Director of Performing Arts, to accompany the exhibition and assure that music is part of the gallery experience. This soundscape consists of four playlists drawn from the BMC repertoire (music taught and performed at the college) that will be played through the gallery space. Among the composers included are Bach, Beethoven, Pierre Boulez, Miles Davis, and John Cage.

Catalogue
Leap Before You Look is accompanied by a fully-illustrated, 400-page catalogue published by the ICA in association with Yale University Press. The catalogue includes an essay by Molesworth focusing on the interrelated themes of art pedagogy, progressive education, democracy, and cosmopolitanism. Molesworth has invited contributions from more than 20 scholars, both senior and junior, who possess specialized knowledge of a variety of topics from the history of weaving and ceramics to modernist music and American poetry. The catalogue’s diversity of voices mirrors the mixture of objects in the exhibition and the spirit of BMC. Authors include Harry Cooper, Eva Diaz, Steve Evans, Jennifer Gross, Jonathan Hiam, Katherine Markoski, Nancy Perloff, Jeffrey Saletnik, Alice Sebrell, Jenni Sorkin, Gloria Sutton, and many others.